This will be a quick one, but I finally finished the full set of Six-combiners with the Chase Sixturbo showing up at tfcon. 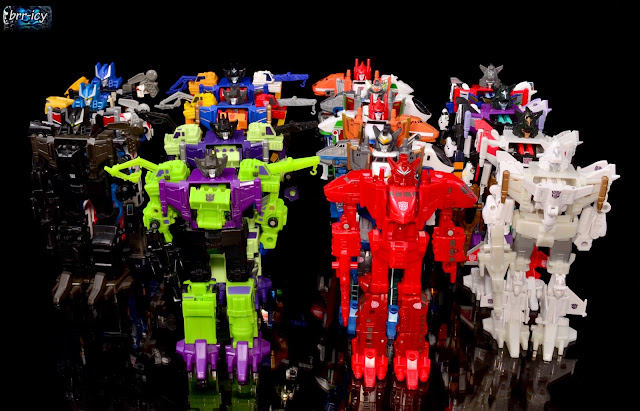 The Six-teams came out over the course of two years in G1, Sixliner was released in Return of Convoy and the rest were in Operation Combination. in 2003, Takara and Hasbro decided to reissue them, giving them a few different colour schemes in the process. In the cases, two of 12 of the boxes for the Takara versions, there were "chase" variants. It took me a while to get these. 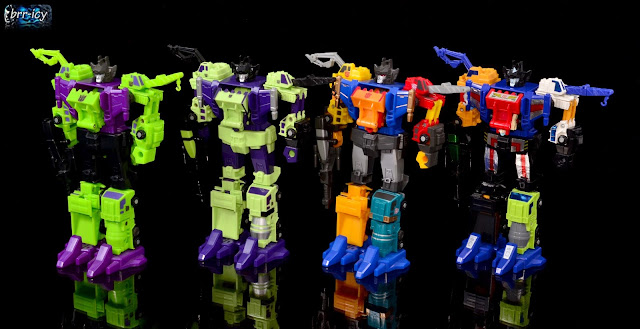 Sixliner and Sixtrain, I put them in the same pic since there's not a ton of variants alone. Left to right you have the Chase Takara "Burning Red Sixtrain", Takara Reissue (and Railracer in the USA) Operation Combination Sixtrain, Takara Reissue Sixliner, and Return of Convoy Sixliner. 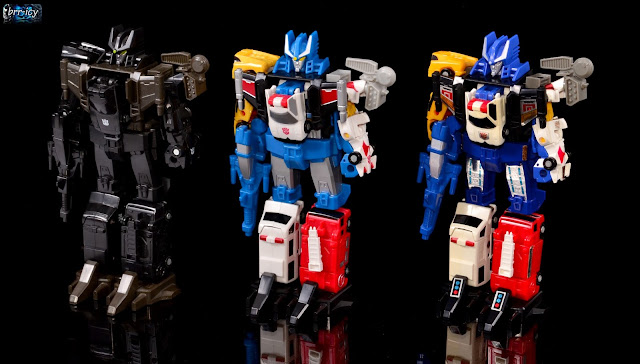 Sixturbo comes in with not too many variants. Chase Takara "Reverse Evolution Sixturbo", Takara reissue (and Hasbro Defensor) and the Operation Combination version. 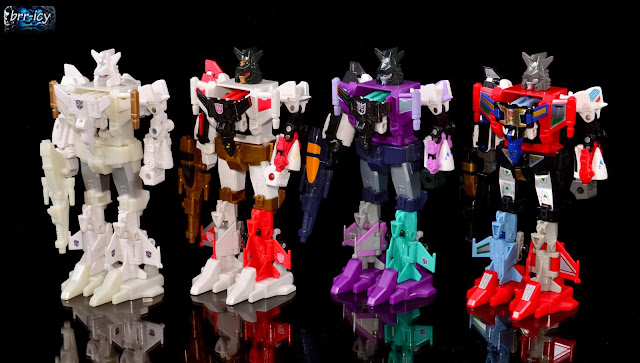 Lastly, we have Sixwing. He was reissued as Chase "Berserker Sixwing" Hasbro Superion (GPS Prone), Takara Destron Sixwing, and Operation Combination Sixwing. These guys took me years to finally get all sixteen, but it was worth it in the end to see them all together.
Posted by Brr-icy at 19:04