Picked this guy up in a trade this week, He was loose, stickers misplaced, took the time to replace them where they should go before the pics. Pretty pleased overall, and a nice first deal with www.artfire2000.com 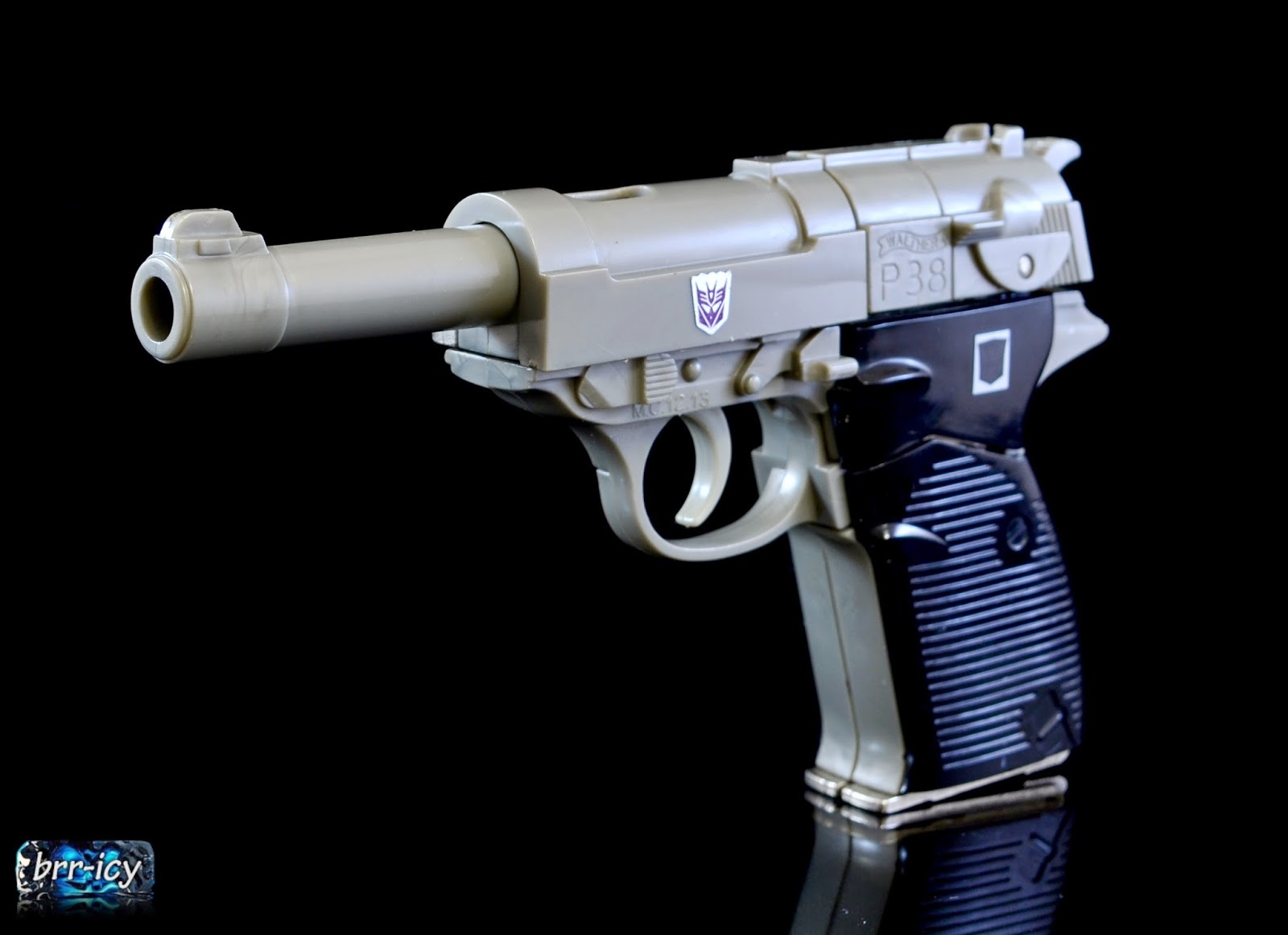 I've wanted this guy for a while, in gun mode, the first thing you'll notice is the lack of chrome, the entire gun is uniform silver. I really like the look of it. There are a couple mold differences as well, I'll point them out next to a regular Megs. 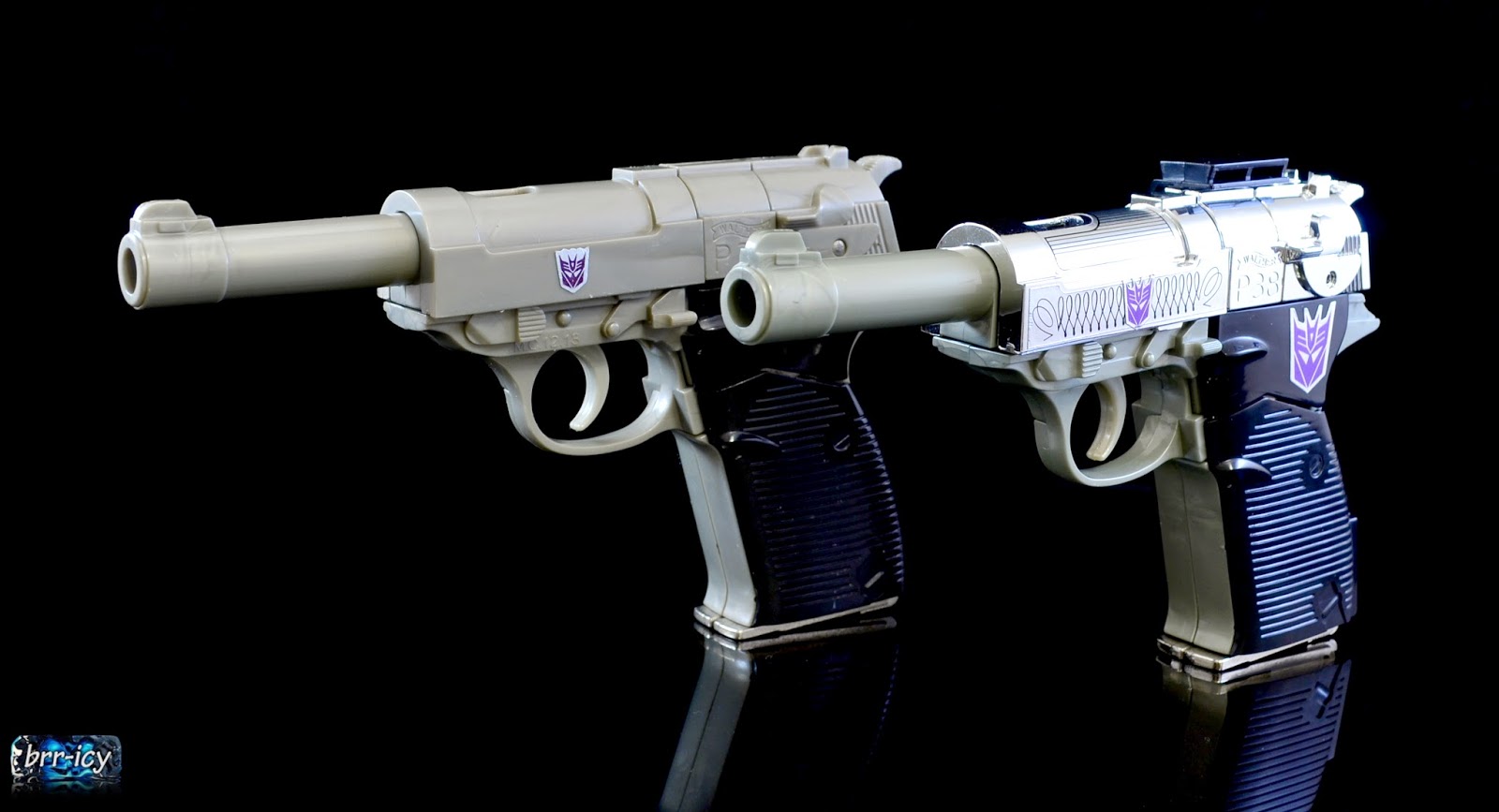 As you can see, there is no attachment for the scope on the Japanese version, the screw hole is there, but that's it. It's also missing the attachment point for the stock on the back of the handle. This version came with bullets that could be fired by pulling the trigger. 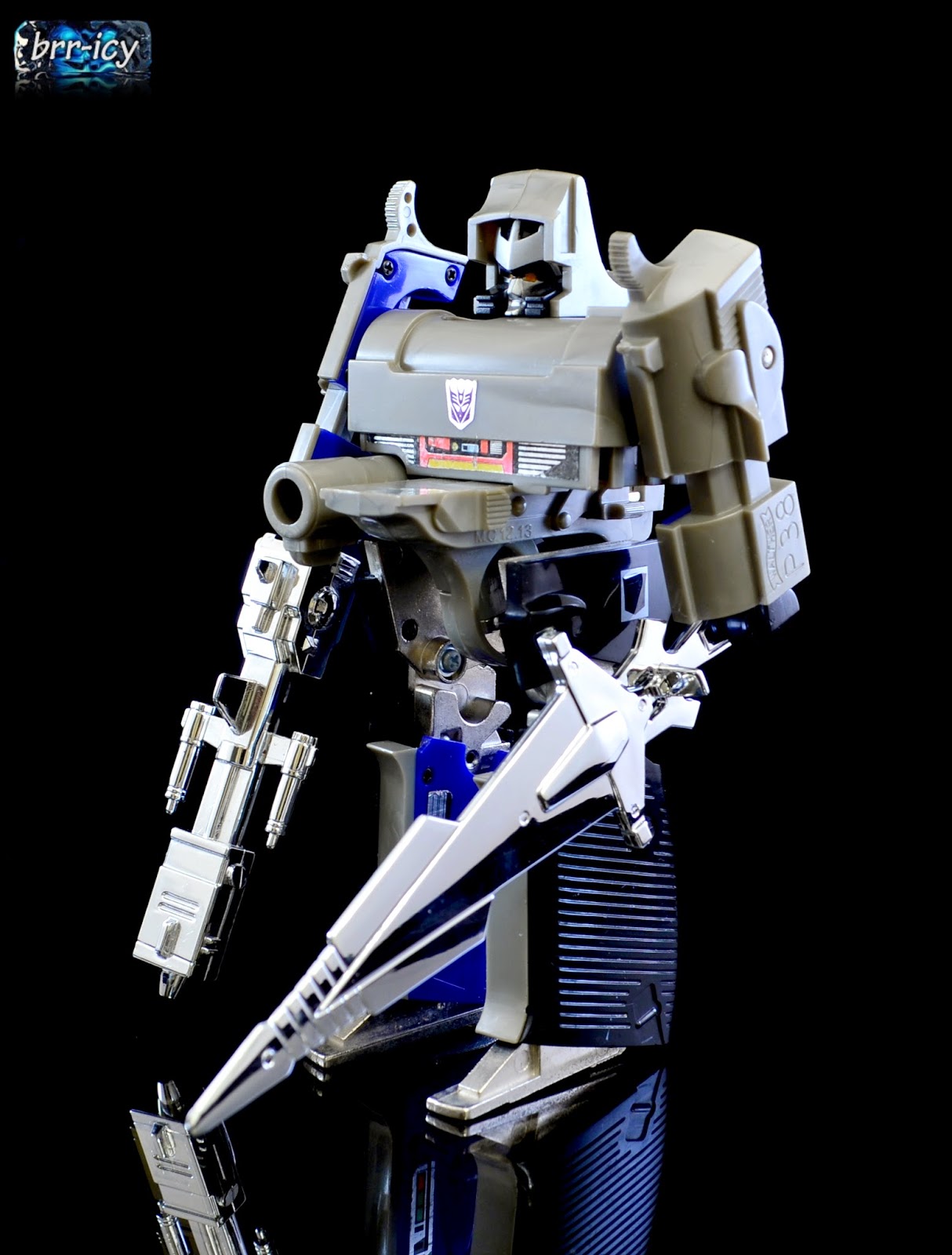 He came with the standard gun, and also a sword, which was included in the TFC reissue as well if you were wondering where that sword originated. The innards are blue instead of red, with a different set of labels than the regular Megatron, just a couple on each inner leg and some Decepticon symbols. 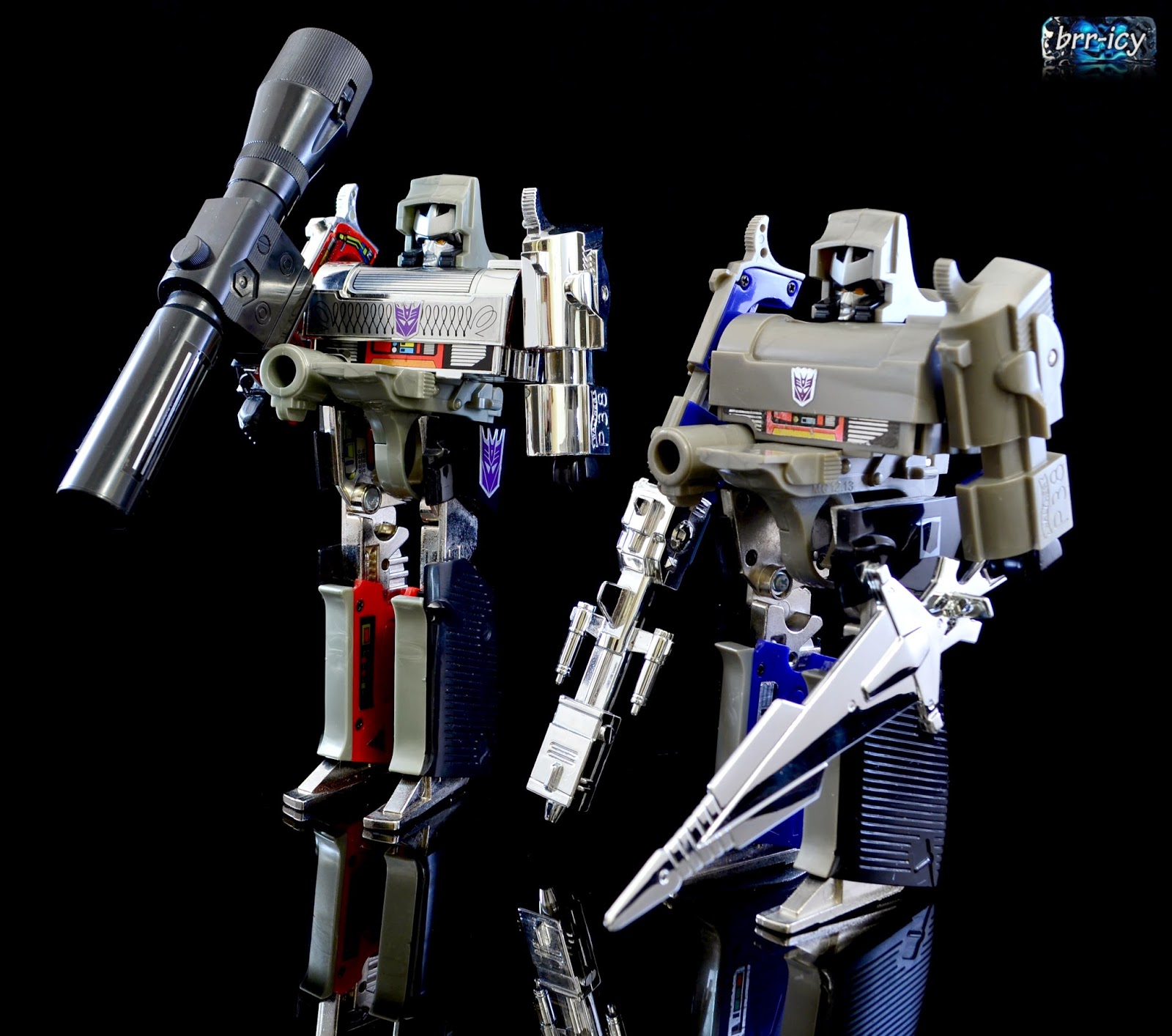 One of the unique variants hidden in mainline Japanese G1, I am very pleased to own him. Hope you enjoyed the read. I have also noticed that I haven't posted about Prime...might have to rectify that in the next update.
Posted by Brr-icy at 18:08