These two are some of the most difficult G1 figures to find, for now I got a reissue Stepper and a custom Artfire to stave off the want for the officials while I work on "bigger" things 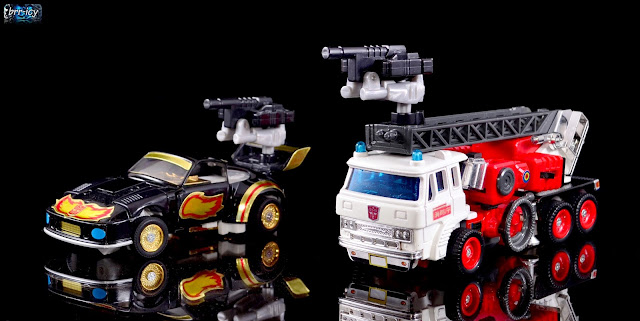 Stepper is a remold of Jazz, the spoiler has been remolded to facilitate the Targetmaster. The black and gold deco really pops and has been used on classics and alternators figures. 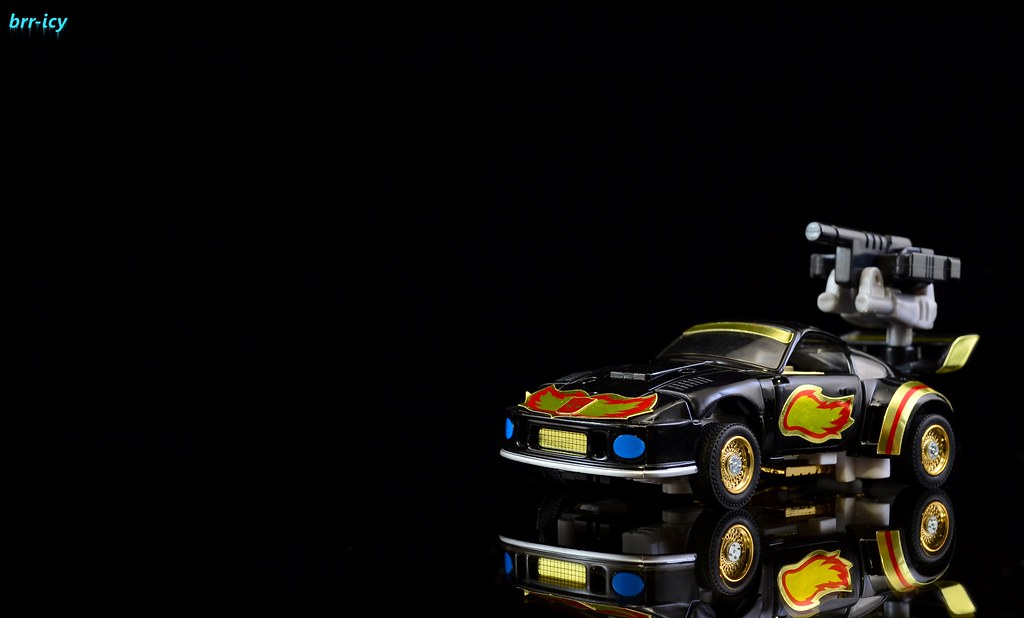 Stepper's vintage figure was severely reduced in the amount of accessories compared to Jazz, there is a piece that goes into where the shoulder launcher also went and you can mount the Targetmaster. 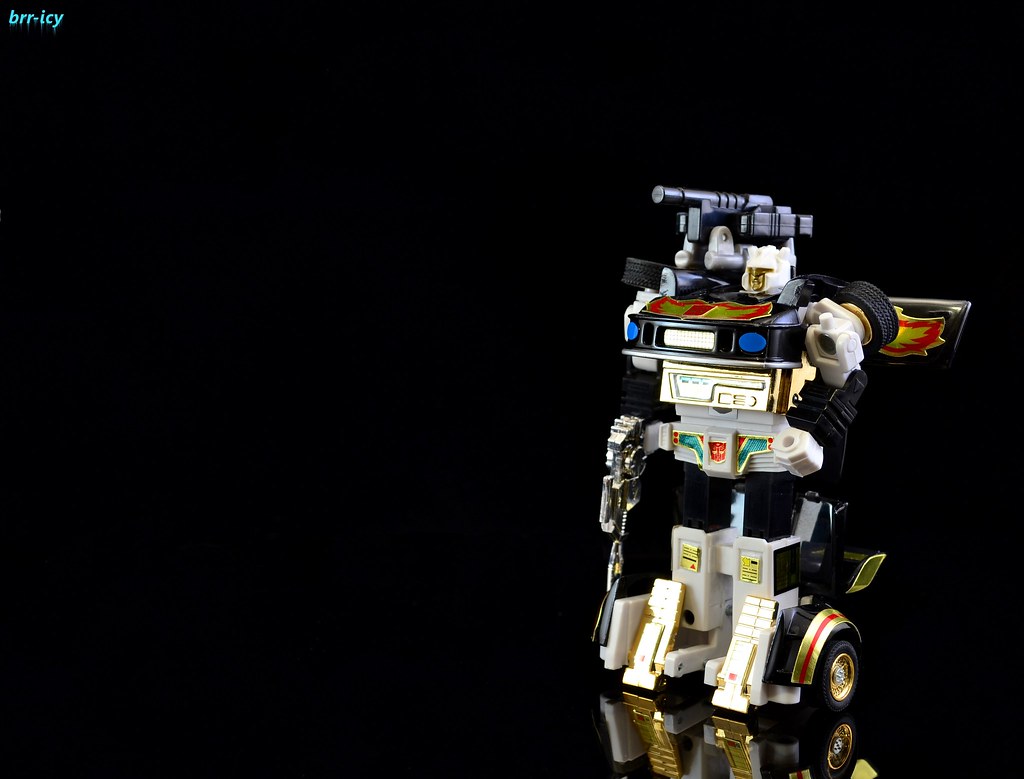 This Artfire I snagged off Hyperoptic. He's a redeco of Inferno. He came with a small part that mounted the Targetmaster to the ladder which is extremely rare. I use a custom fracas for car mode because I didn't trust the original. 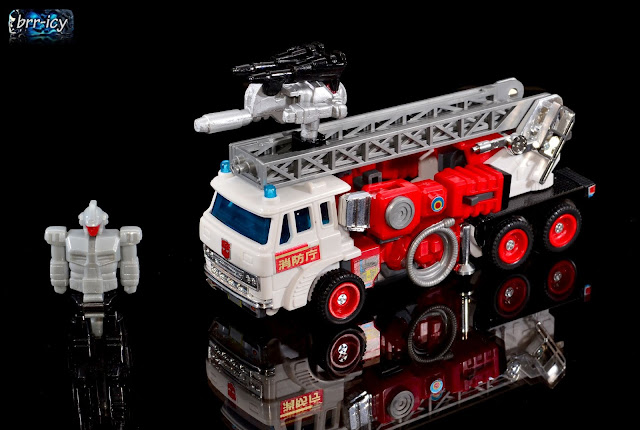 In bot mode, he really pops with the colour changes. The fists are remolded to 5mm instead of the regular 4mm. 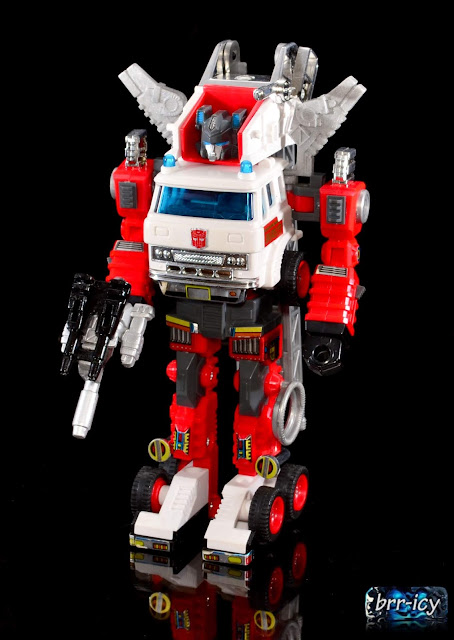 The box flap is missing, but this is the box for it. 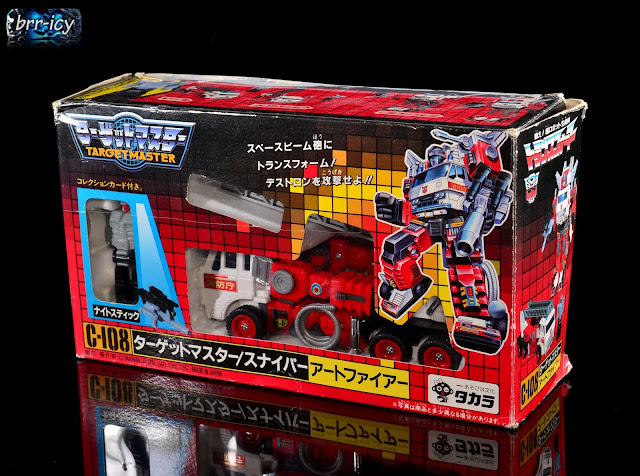 I bought a custom off ebay before I got the original, I liked the custom box. 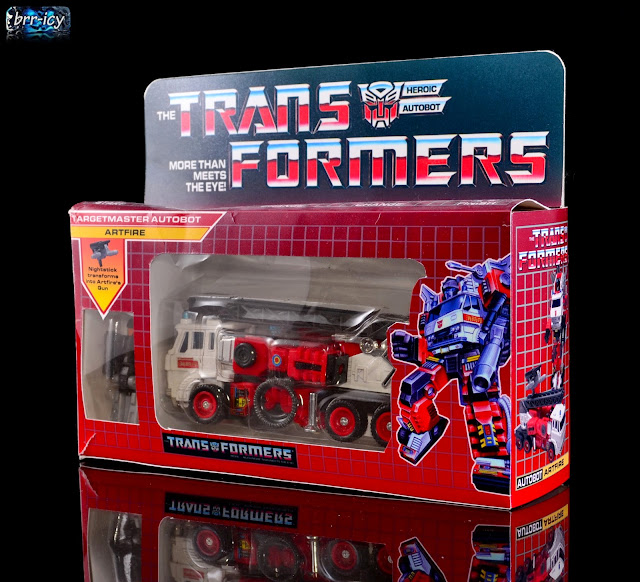 They are pretty nice. The colours just pop and they stand out on the shelf. 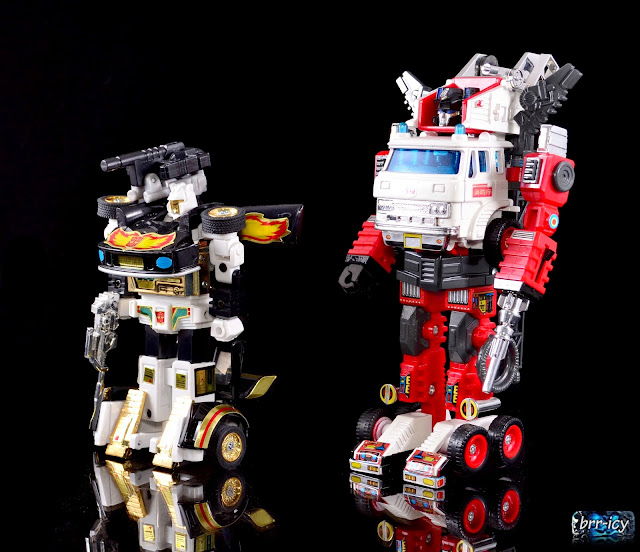