Got this big bastard in the mail today from Artfire2000.com, pretty excited to get him. I never thought I would own him, especially not in this condition. Other than some misplaced labels, he's in great shape. 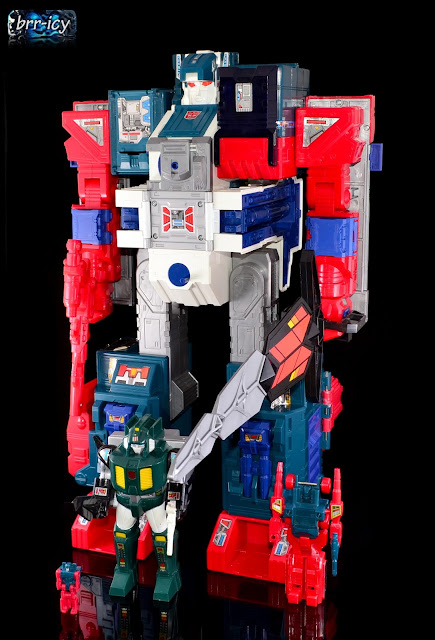 He is a redeco of Fortress Maximus, Like him, he is a double Headmaster. The small one is Gran, the dark green is a great colour and going with the brilliant red is just striking. 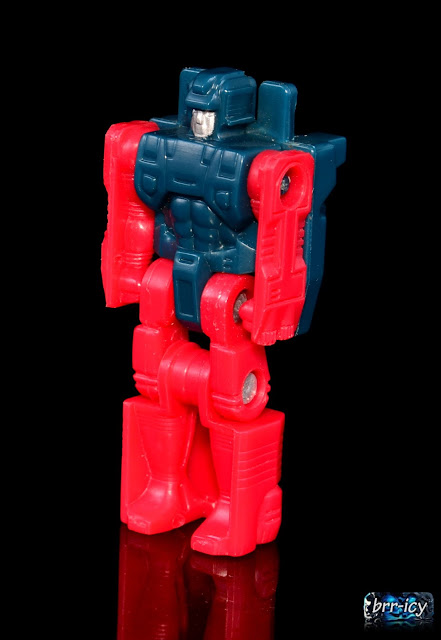 Grand is the head of Grand Maximus. Mine came with some wonky stickers, I fixed the worst of them, but the rest still aren't perfect. 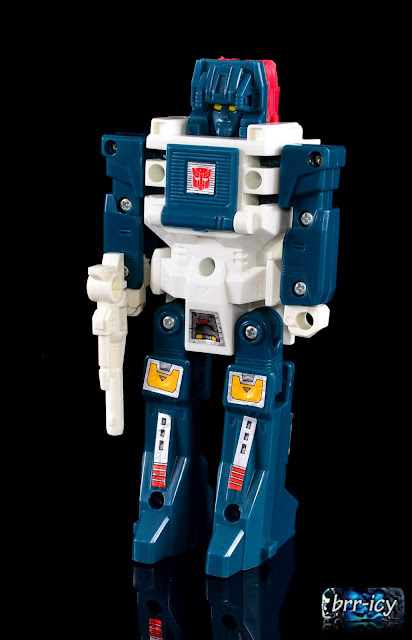 The bonus part of him is that Grand has a Pretender shell. It's a neat extra. A lot of the time in Masterforce, you see him in the shell model instead of the regular head mode, I think it was to differentiate him more from Fortress since he was the leader of the Cybertrons throughout Headmasters. It was used for a TFCC Megatron pretender this year as a redeco. 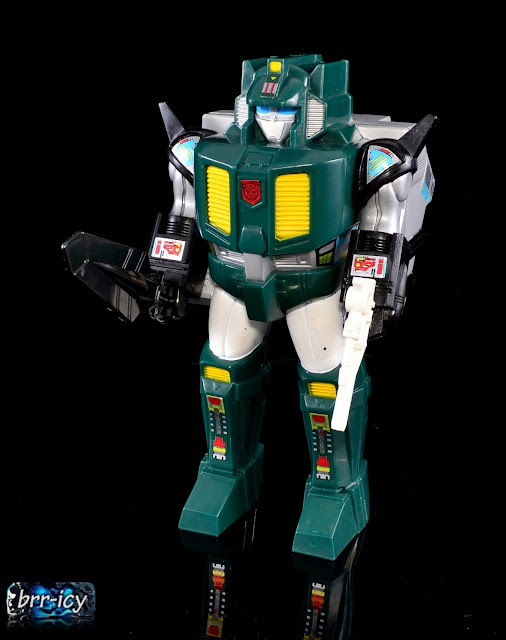 He gets a redeco of Cog, again with the brilliant colours. 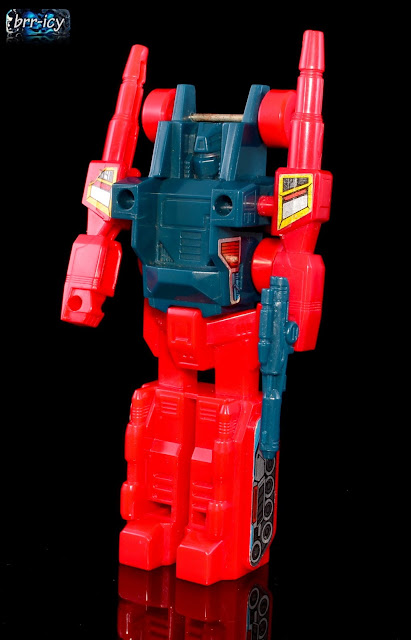 But the parts are called Koka, and Onomus. Still doesn't turn into a whole lot, but they're cool little extras. 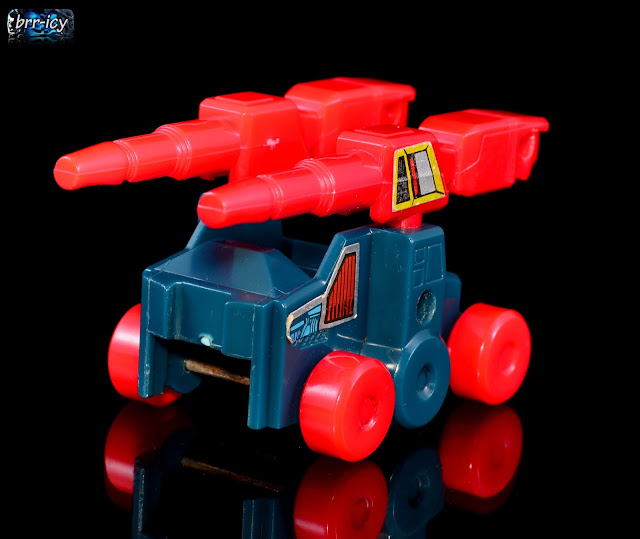 The main body turns into a ship, much too big to fit in my old lightbox set up all together, but I finally got a shot of it all at once. Really impressive in size and I love the futuristic battleship mode they went with for the mold. 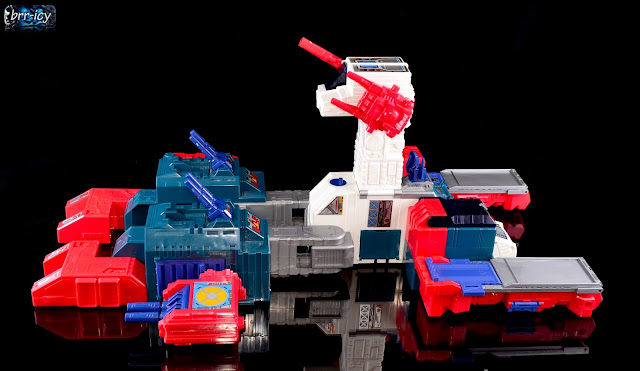 Gran can ride up top here in the little blue window. 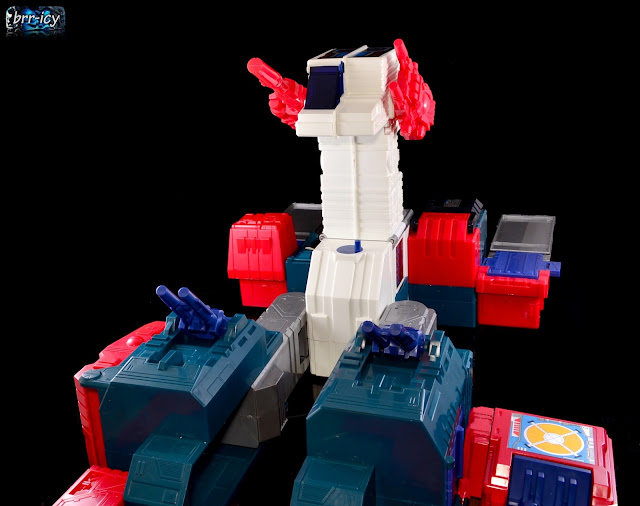 He also turns into a city, There's a ton of play value with this mold, especially in city mode. Grand turns into a computer station for this mode for Gran to use. 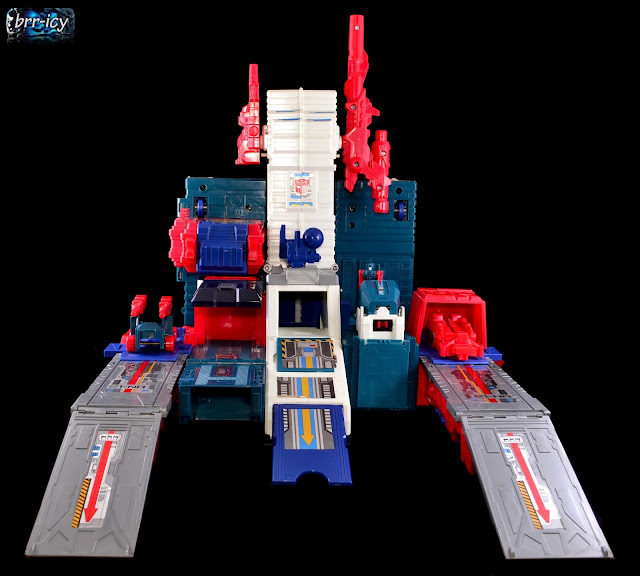 Here's a shot of the box, two years later, I figured out how to get a good black shot of it, I really like the artwork, it's not my best condition box, but it does the trick. It's hard to find these giant boxes perfect. 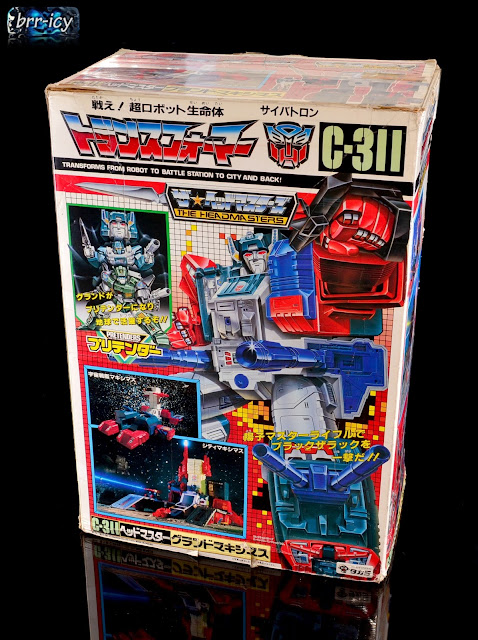