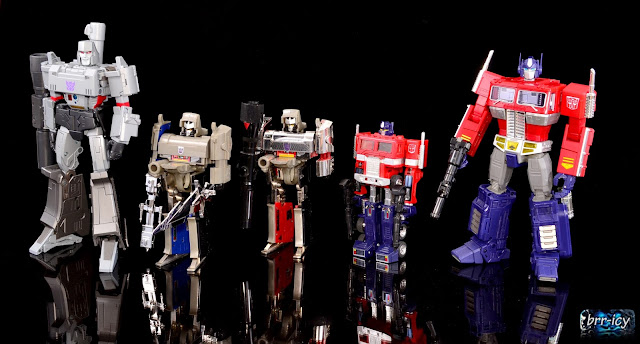 With the arrival of Megatron, It's about time that I got this review/comparison done. We'll start with Prime, this post is going to be a bit longer than your typical Upgrades post because of the sheer amount of gimmicks and stuff these guys have.

In truck mode, they both look great. They replaced the silver sticker with a molded white line to match the animation. I really like that they added the mirrors and the way the smokestacks collapse to make the bottom of them actually go into the truck. 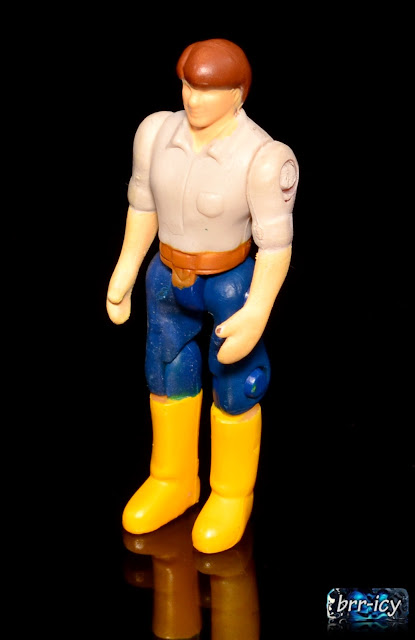 Masterpiece Prime comes with a small Spike figure, pretty poseable for his size. 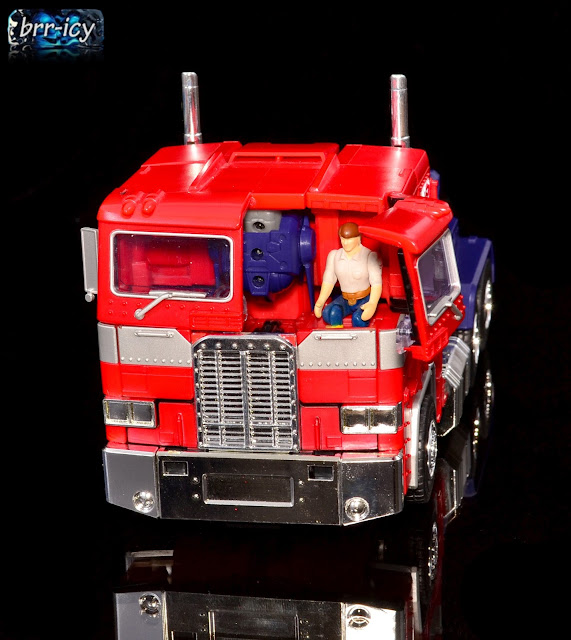 Spike can be put in the cab of Prime, he also fits in the drone, roller, and the two side stations in the trailer. 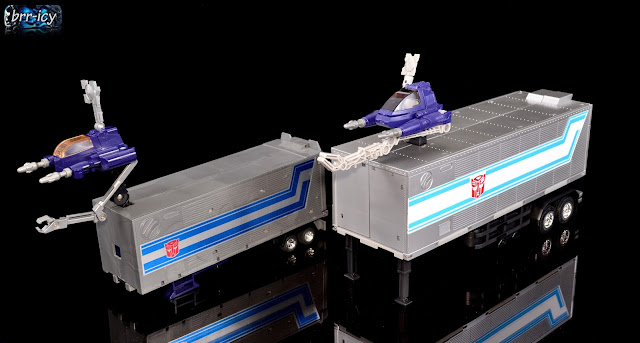 The drone still comes out the top of the trailer, but they added a door to close the hole on the masterpiece. It however doesn't have the front hole anymore. You can also see that they added the trailer parking pylons on it. I put the G1 missiles into the masterpiece one since they fit perfectly. 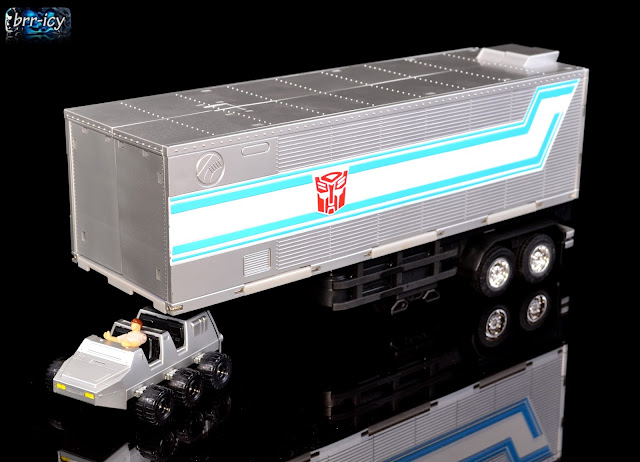 Roller can transform the rear end of his vehicle to pull the trailer as well. 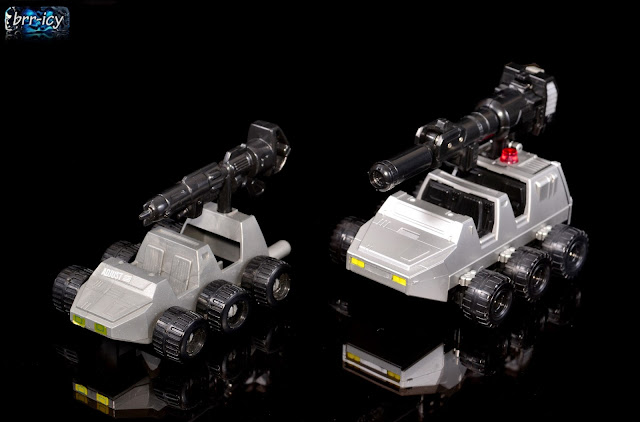 There's a flap on the back of mp Roller that opens so that you can mount the rifle on him. 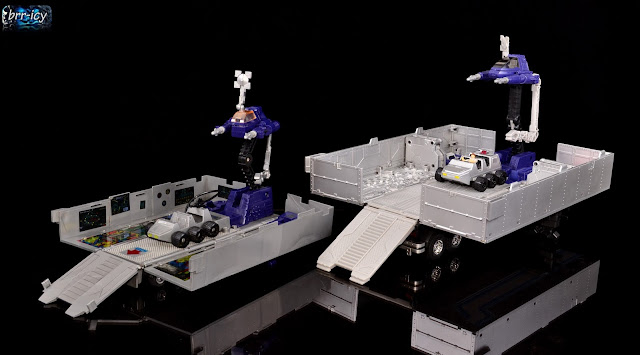 The trailers open into the base mode, the only thing missing is the gas pump and hose from the masterpiece. Roller doesn't fire either, but they did add gun storage and ax storage inside the trailer. 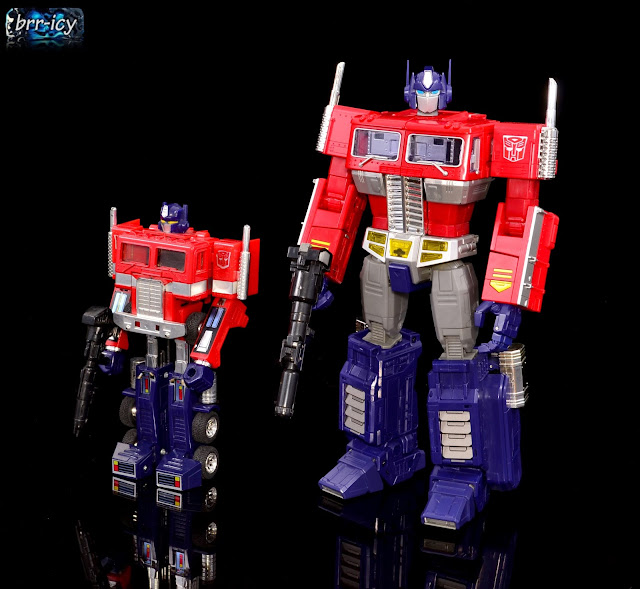 In robot mode, the Masterpiece is much more detailed, but shares the same basic transformation, just elaborated upon. 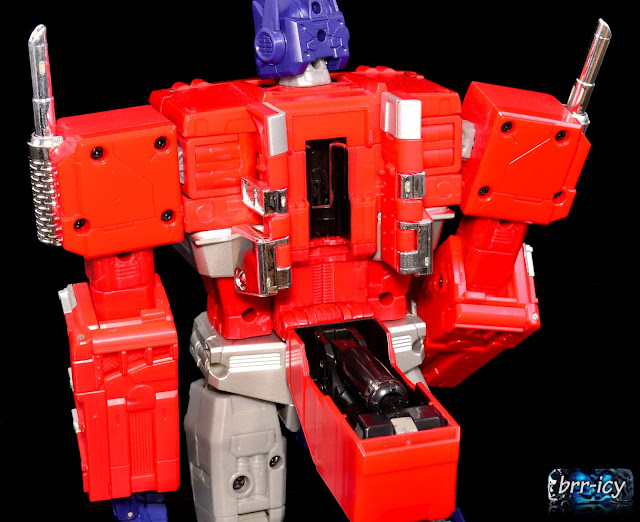 The gun stores in the back of prime and flips out into gun shape when a button is pushed. 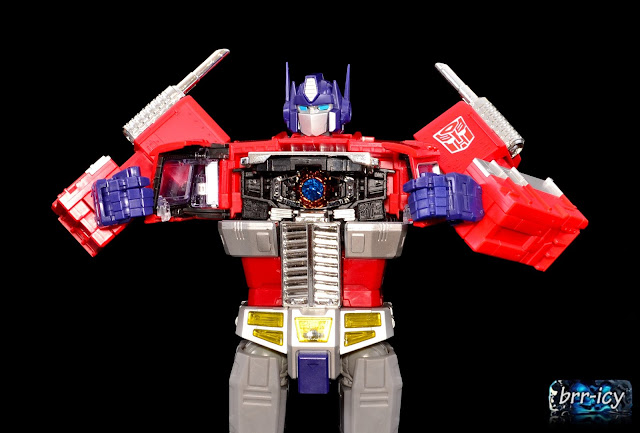 Prime naturally has the matrix inside. It can be put into Ultra Magnus and Hot Rod, but neither of them come with one.

Megatron turns into the Walther P38 just like G1. only they added the working safety, hammer and the heel/butt of the gun in silver. On the Japanese version of him, shown far right here, there was no place to attach the stock or the scope to the gun.

Shown here with the US version of the G1 with the full stock, silencer and scope (I forgot to extend the scope on the MP version, it's late, I might redo that shot later) You can see the MP is pretty close to the original's weapon mode. 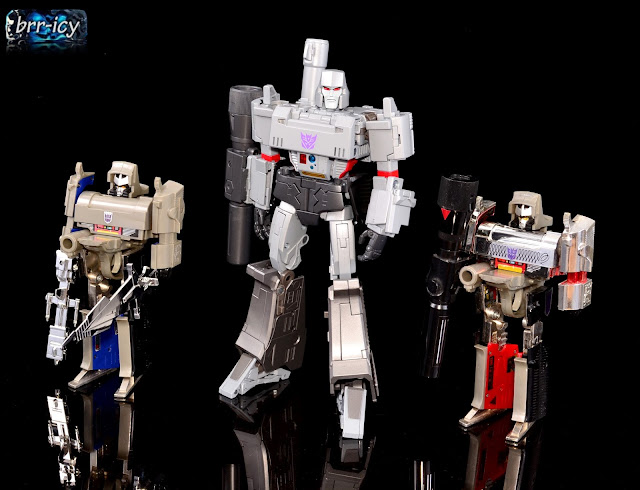 This Masterpiece's transformation blew me away when I first transformed him, still does honestly. I've transformed him at least twenty times, no issues at all, very sturdy. The way the front mid line of the chest is the top center of the gun to start is genius in it's execution, same with how they get the legs out of that thin grip. The bot mode is much more animation accurate than toy accurate, none of the 3p ones came close to what I wanted in a masterpiece until I saw this one. The original owner of my G1 USA Megatron decided he wanted it more animation accurate and coloured a lot of the figure, i actually replaced a few parts with a junker I have here, maybe I'll get to the arms later. 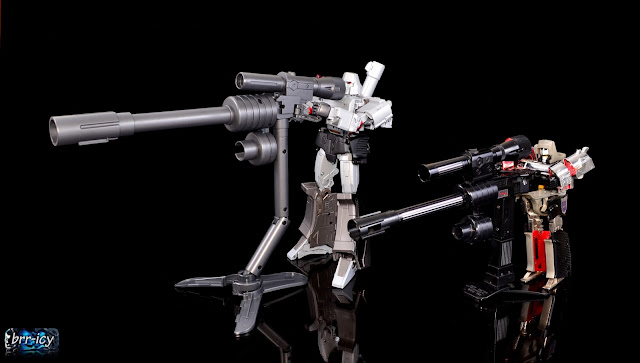 The gun mode accessories still can combine into the Particle Beam Cannon mode, pretty neat that they managed to keep that as close as they did while changing how the stock and silencer transform. 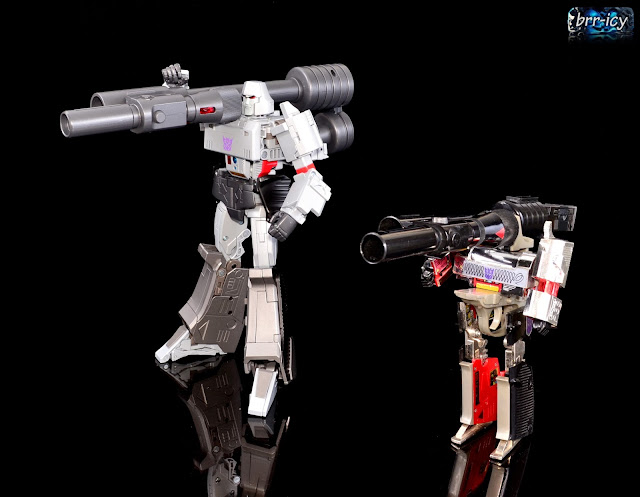 They also retained the Telescopic Laser Cannon mode from the original toy. 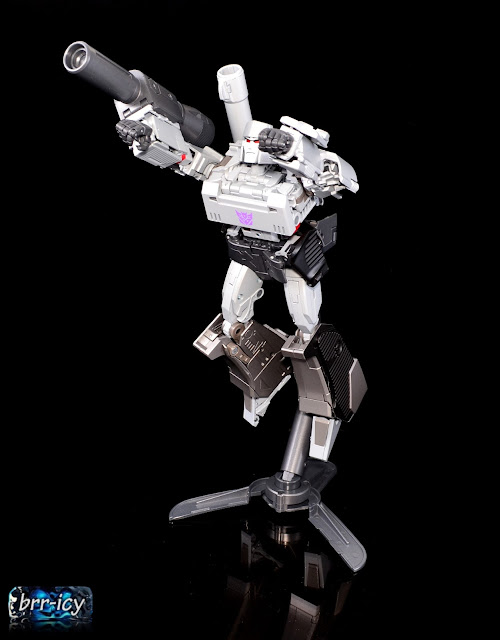 The stock can also be transformed into a flight stand for Megatron for his classic "Decepticons retreat!" pose. 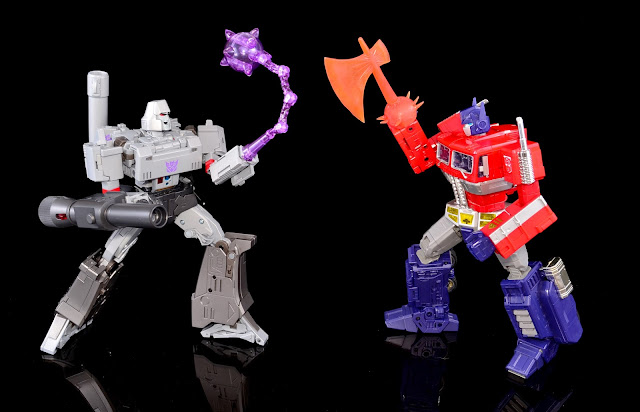 Megatron and Prime both get their energy weapons from the MTMTE episode. I really like that they added the chain choices, this one with the molded poseable shape, and the other with the regular purple chain. 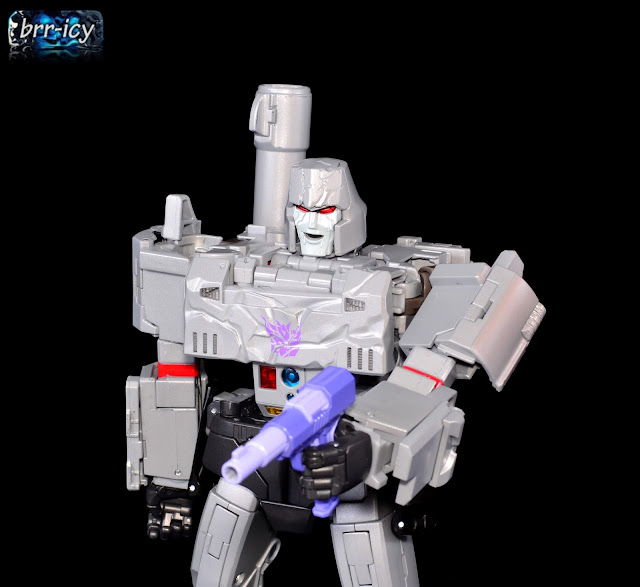 Obligatory "It's over Prime" shot with the damaged face and chest. He also comes with three undamaged faces including the one on him in the box. 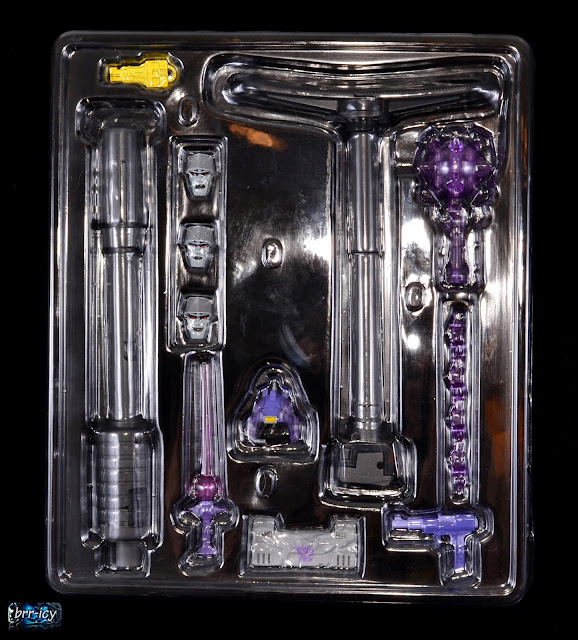 He comes with a plethora of accessories besides the ones shown, we have a Key to Vector Sigma, drone control helmet, and energy sword, I was kind of disappointed in the price of him, but after having him in hand, I'm glad I dropped the money, he's my favorite Masterpiece since Star Saber.
Posted by Brr-icy at 20:22