Finally got around to de-reissuing this set. This combiner was released in Masterforce as well as the US market. I will include their Masterforce names in parenthesis if they were different. Pretty glad to have the vintage ones finally. He was the last Decepticon reissue I had in my collection. Three more Autobots to go. Thanks to Megatoyfan for the deal on him.

We will start with Nautilator (Lobclaw), who is a lobster of some sort. It used to be common for the claws to be missing from sets, but I haven't noticed this as much anymore though. 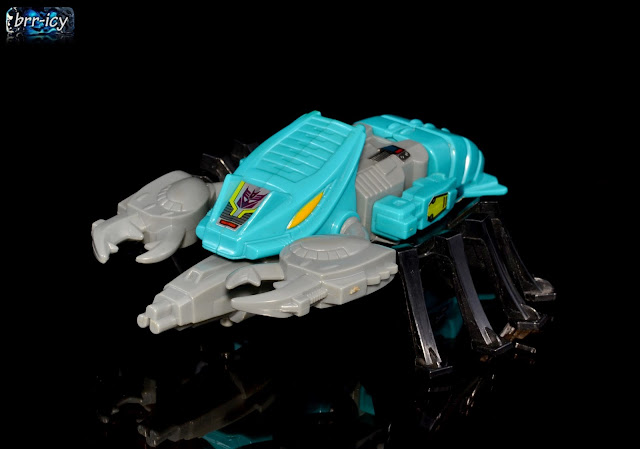 All five of them also have a gun mode that can be held by the gestault. Each of them comes with a stand that can support them in gun mode as well. It's a neat idea, and sets the Seacons apart other than just their alt modes. 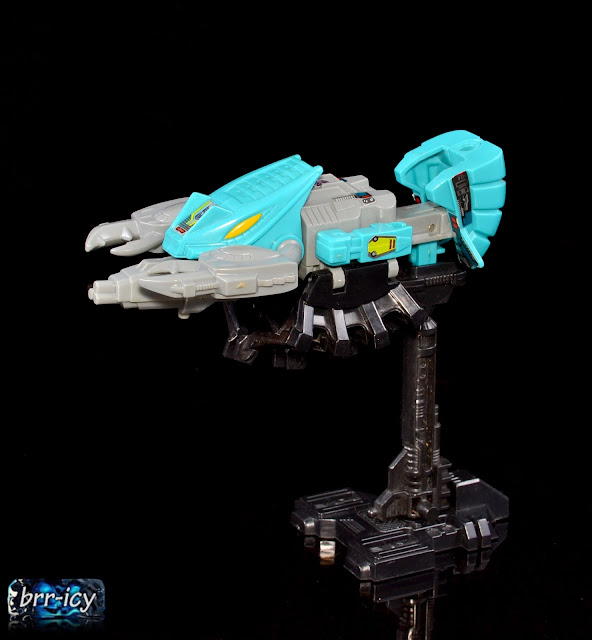 In bot mode, he's a typical combiner limb, not much going on, but that's ok. The lobster legs give him a neat silhouette. 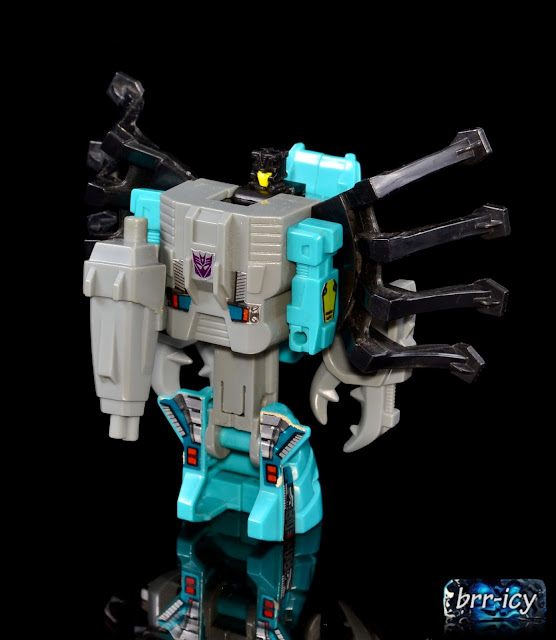 Secondly we have Skalor (Gulf). He's some sort of mutant fish. The fish mode is fairly articulate, with moving arms, dual joints in the legs and an opening mouth. 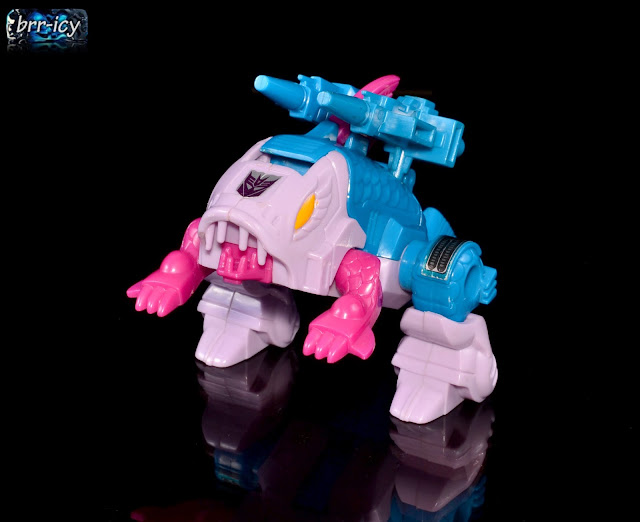 His gun mode is a little better than Nautilator's. 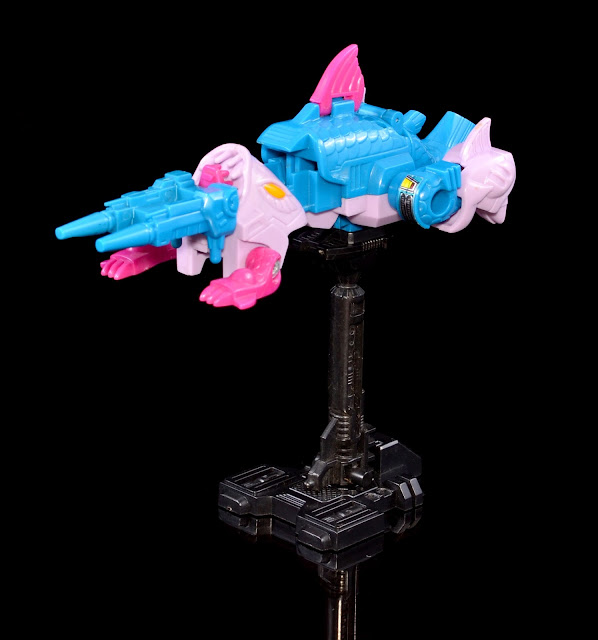 The thing I really love about the combiner limbs is the amount of different head sculpts they get out of the same shape and size. Which is one of the things I love about the cassettes, how varied they are while being constricted. 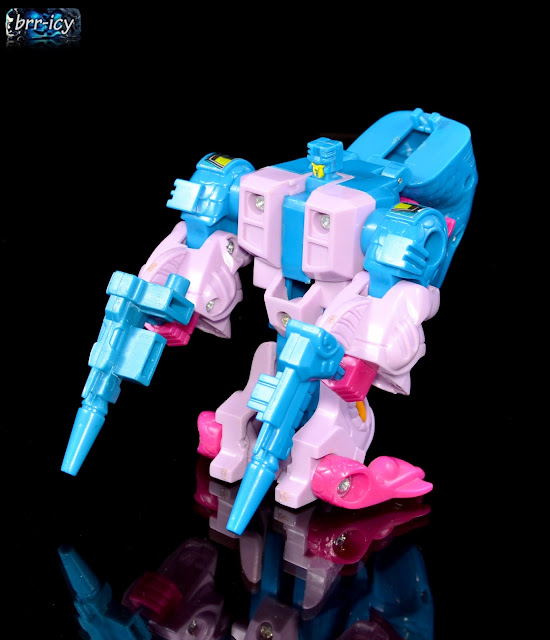 Next up, Overbite, glad that I finally have a purple one of him, much nicer than the reissue's pink. 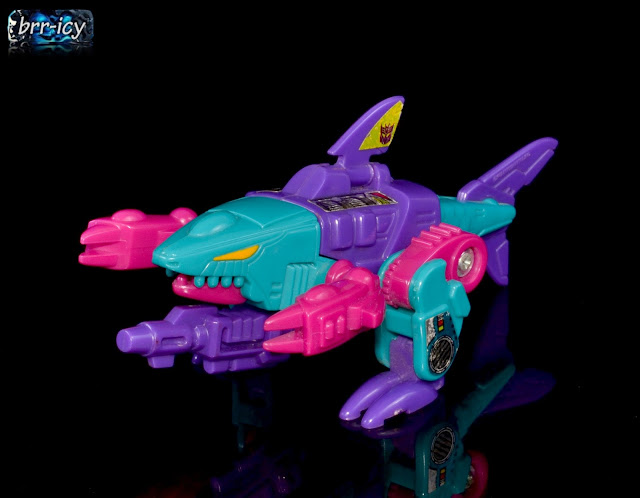 The gun mode is kind of strange as it just looks like a shark with his neck broken. At least with the original, it breaks up the pink so it is not as bad. 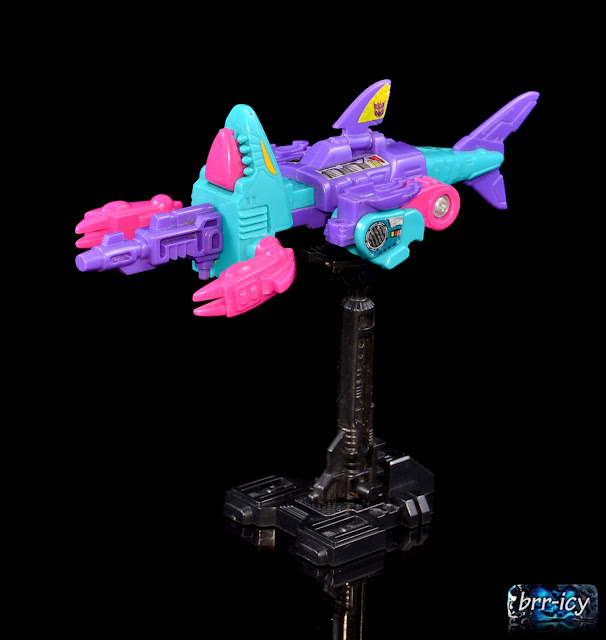 I love the bot mode on him. 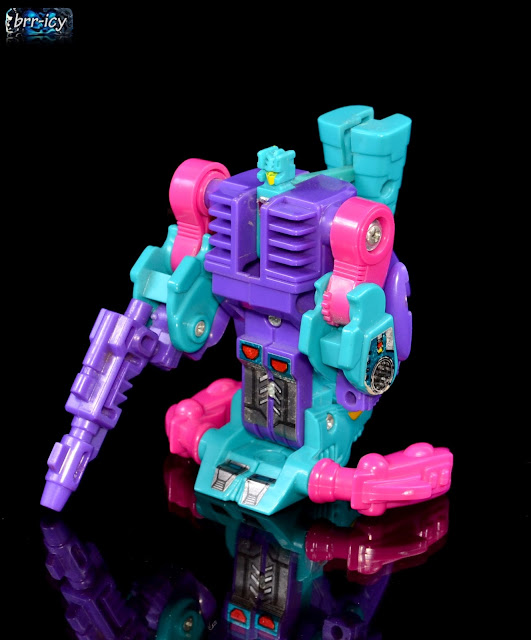 Seawing (Kraken) is a manta ray. I really like the teal, black, and gray for him. Easily the most subdued of the crew. 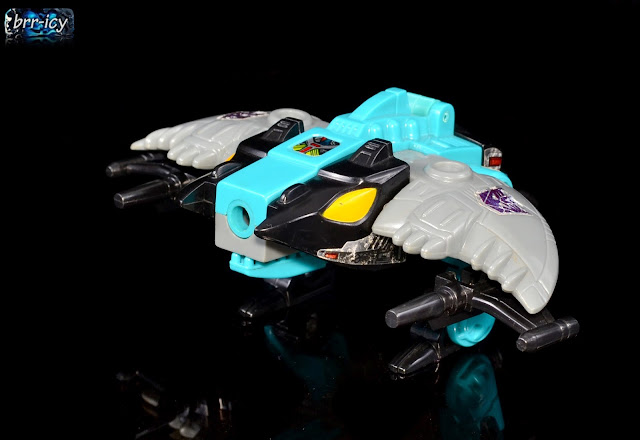 His gun mode is decent. 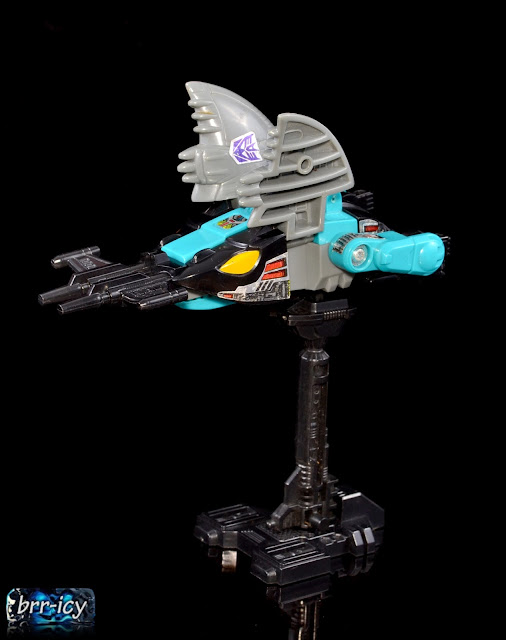 His bot mode however, is not. The way they did the legs leaves a lot to be desired, but I applaud their efforts to make him transform differently. 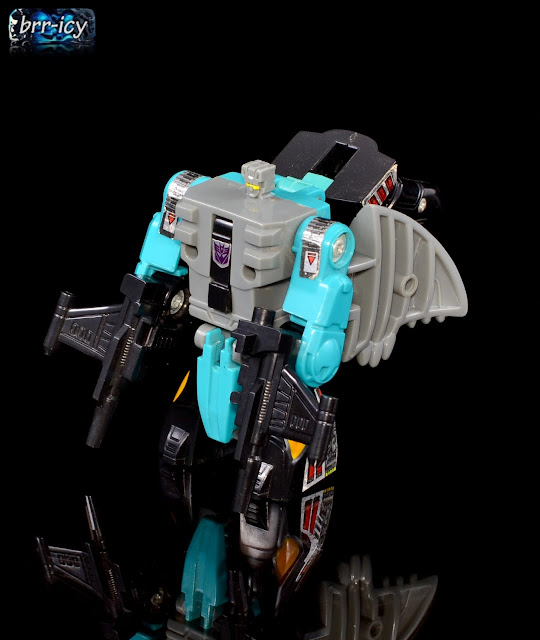 Tentakil is the squid monster of the group. (What sea monster group is complete without a squid monster, I mean, come on!) He is also one of the most heavily featured of the Seacon drones on Masterforce. 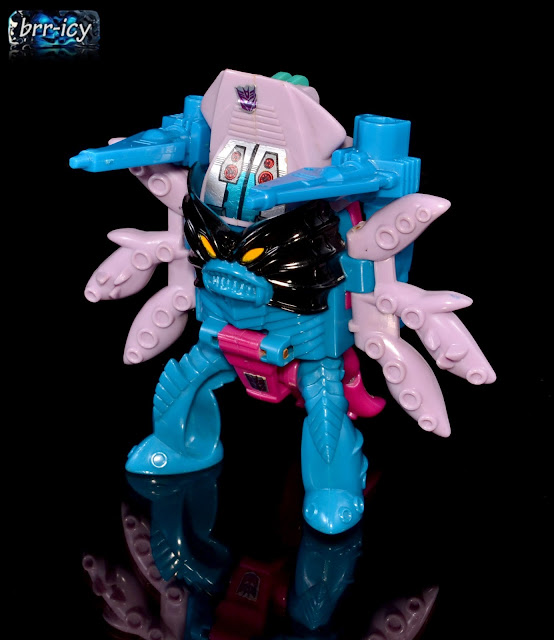 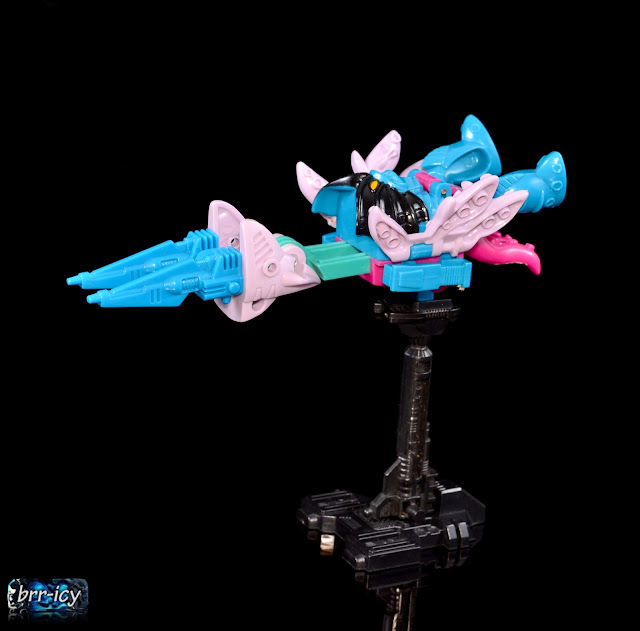 His bot mode does something different by flipping the entire figure over for transformation. 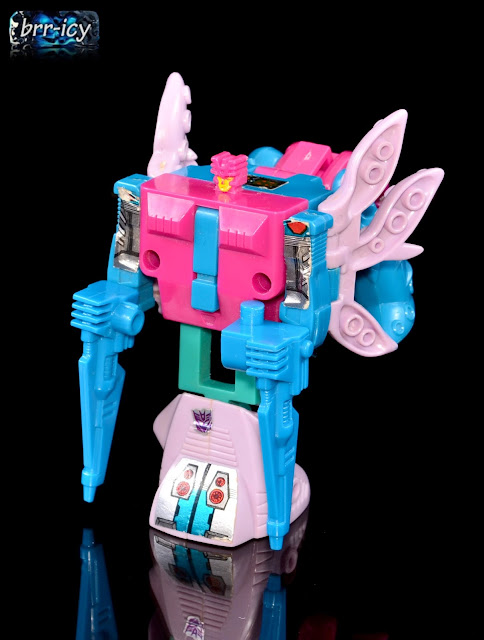 Lastly, Snaptrap (Turtler) is the leader of the group. He turns into a massive turtle with moving turrets on his back that you can move with the peg in the center of his back. In Masterforce, Turtler was the only sentient member of the group with the others being cannon fodder monsters. 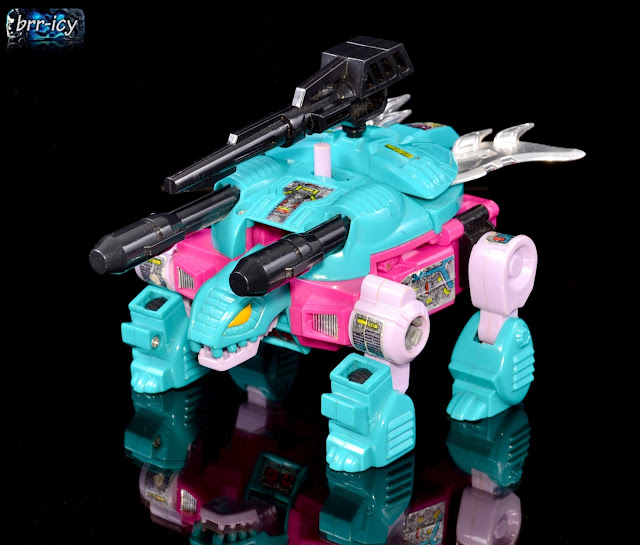 Unlike the rest of the Scramble City combiner cores, Snap Trap doesn't have a base mode. In bot mode, I think he is one of the first figures to have angled feet so his legs sit at more of a relaxed open stance than straight down. I really like how the black breaks up the green chest 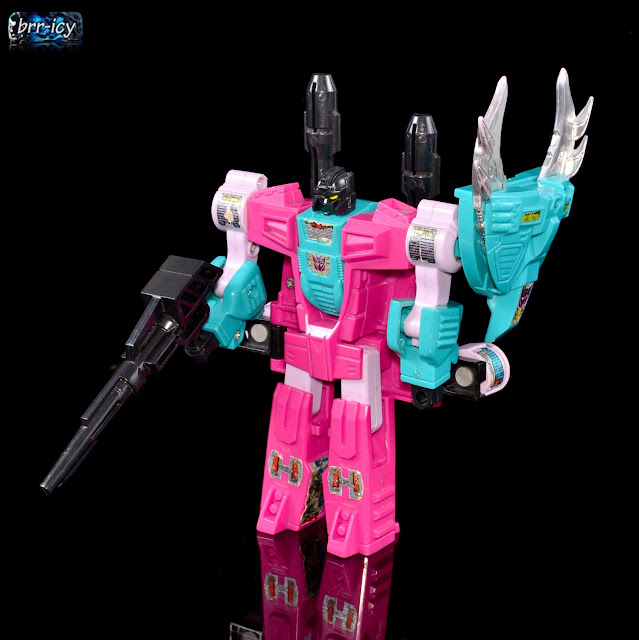 Finally Piranacon (King Poseidon) love the look of him.