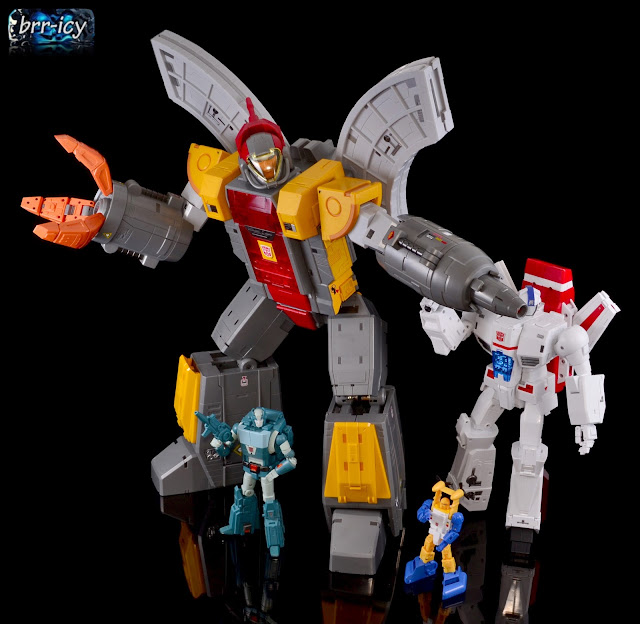 Some upgrades from Fanstoys this time, their four most recent releases. All of them excellent as far as I'm concerned.


First up is Omega Supreme and Terminus Giganticus. I got the figure for my birthday, and am thoroughly impressed with it's size and quality. The base modes couldn't both fit in the light tent, so I decided to just shoot them separate, G1 shot is an old one. 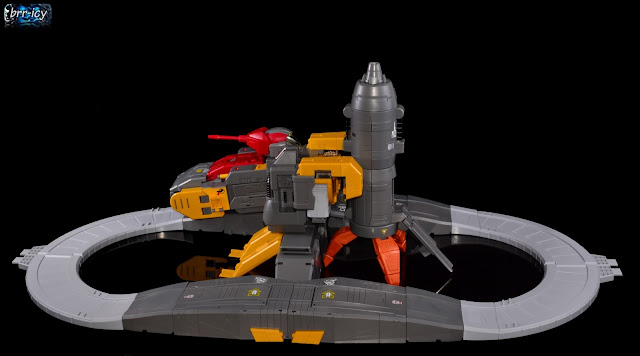 They both look pretty close in base mode, FT adds a few cool little details like the ramp on the rocket, rubber treads, the face rotates back into the head to hide the face. 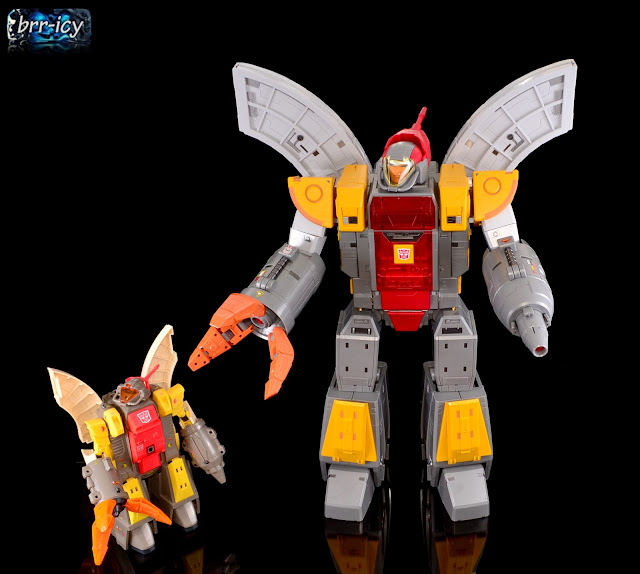 In bot mode, he dwarfs the original. Plus he's pretty poseable and can hold himself up even in extreme poses. I love that they even made the claws have a few knuckles. The face sculpt is bang on the cartoon. 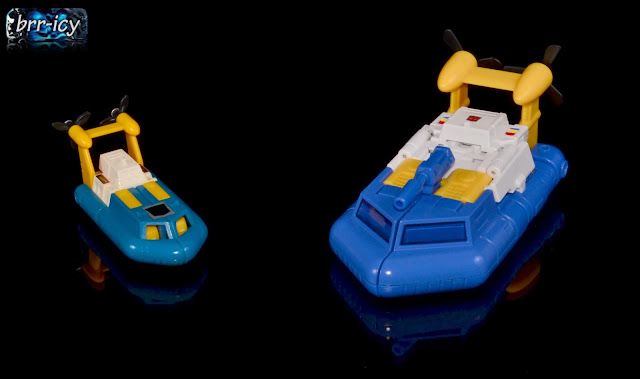 Next up is Spindrift. He's pretty cool, a bit wider in hovercraft mode than the original or most scenes in the cartoon, but it balances out in bot mode. The windows in the boat are a nice addition to make it look more realistic. 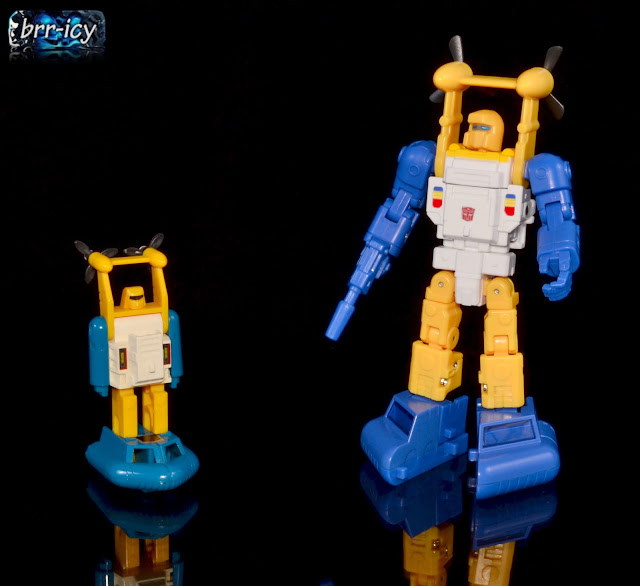 In bot mode he's pretty nice, I wouldn't say he's as cartoon accurate as most of them since he looks more in shape than the cartoon, They got the colours and face sculpt bang on though. 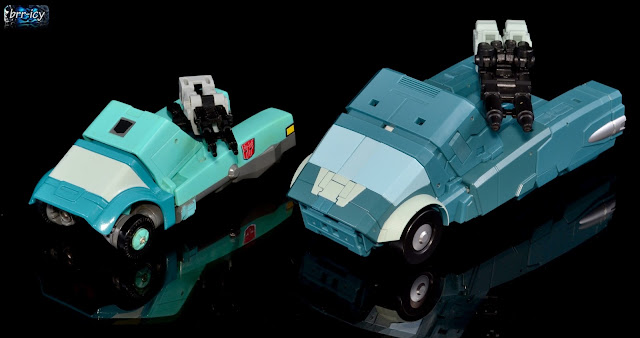 Koot is their version of Kup. In truck mode he's bang on the caroon version other than a couple of extra panel lines. He comes with Recoil and his regular gun. there's a post for mounting the gun or Targetmaster on the rear like the original. 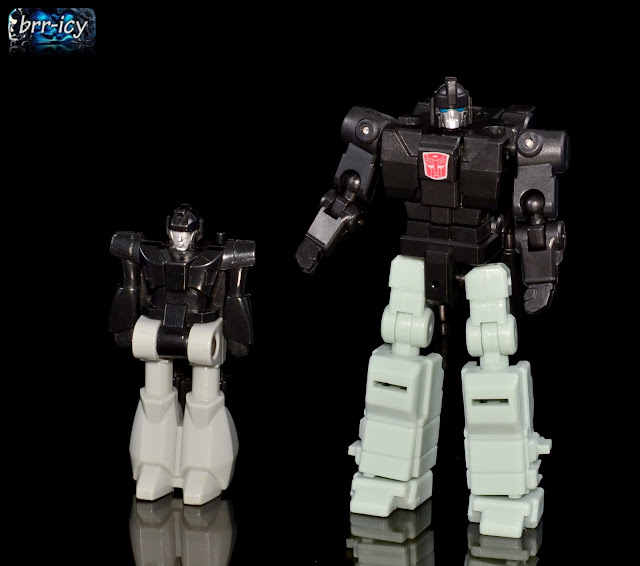 Recoil is pretty poseable, with double jointed knees and arms plus swivels, shoulders, neck, and even ankle tilts. He's a little bigger than the official ones like Rodimus' Firebolt and Artfire's Nightstick. 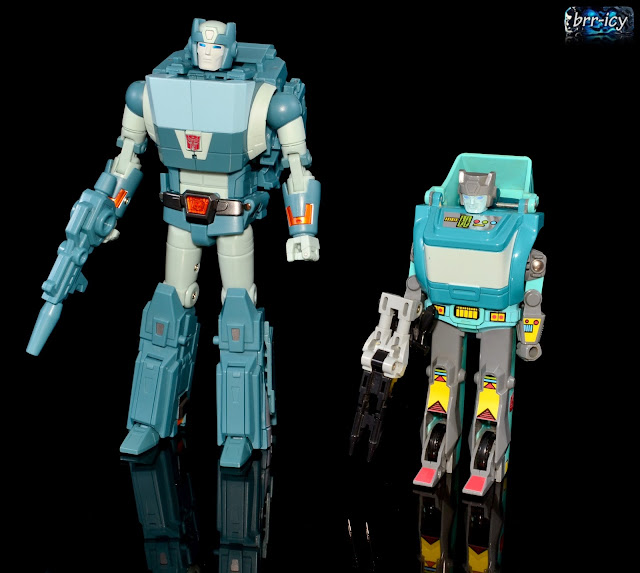 In bot mode they went for the cartoon accuracy to the fullest, I would guess for people that want the toy accuracy, either there will be another release or Reprolabels will be getting a set made later. It really goes to show how good the original figure was compared to the show. 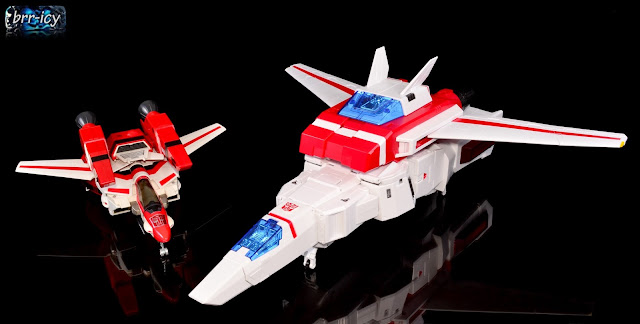 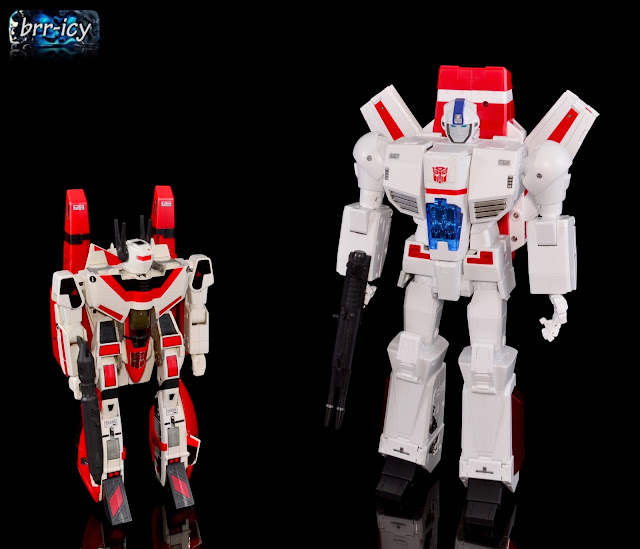 The bot mode looks and feels amazing. It's a very bulky figure, feels solid. I got the 3D symbols from shapeways as a gift from a friend. Cartoon accuracy is pretty prominent on the figure. I would have loved to have him as a kid. I thought he was huge when I got it, then I got Terminus.
Posted by Brr-icy at 14:49