This is one set that gives a reason for upgrades to be in quotations in the title,
I am not a fan of the new mold for Astrotrain. The original was so close to  perfection if they had went with the extendable arms for bot mode. The new one gains kibble galore in every mode. In bot mode, the train front hangs off his arms, and the shuttle front off the sides of the legs. 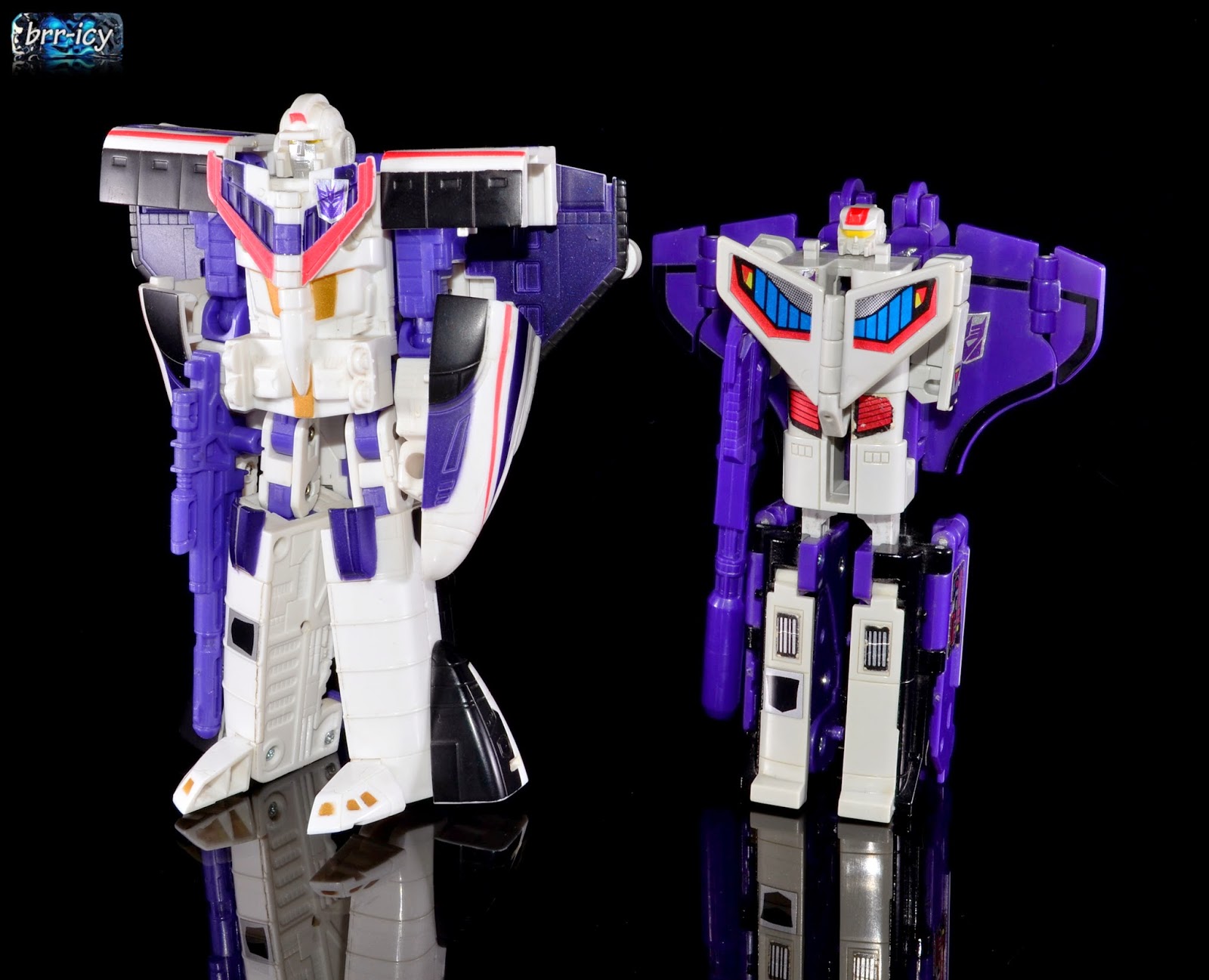 In shuttle mode, the train halves end up on the wings, rendering it incapable of flight, and the wings are very stubby. It does end up with a more white shuttle look, and if you take the arms off, I like the shuttle mode... 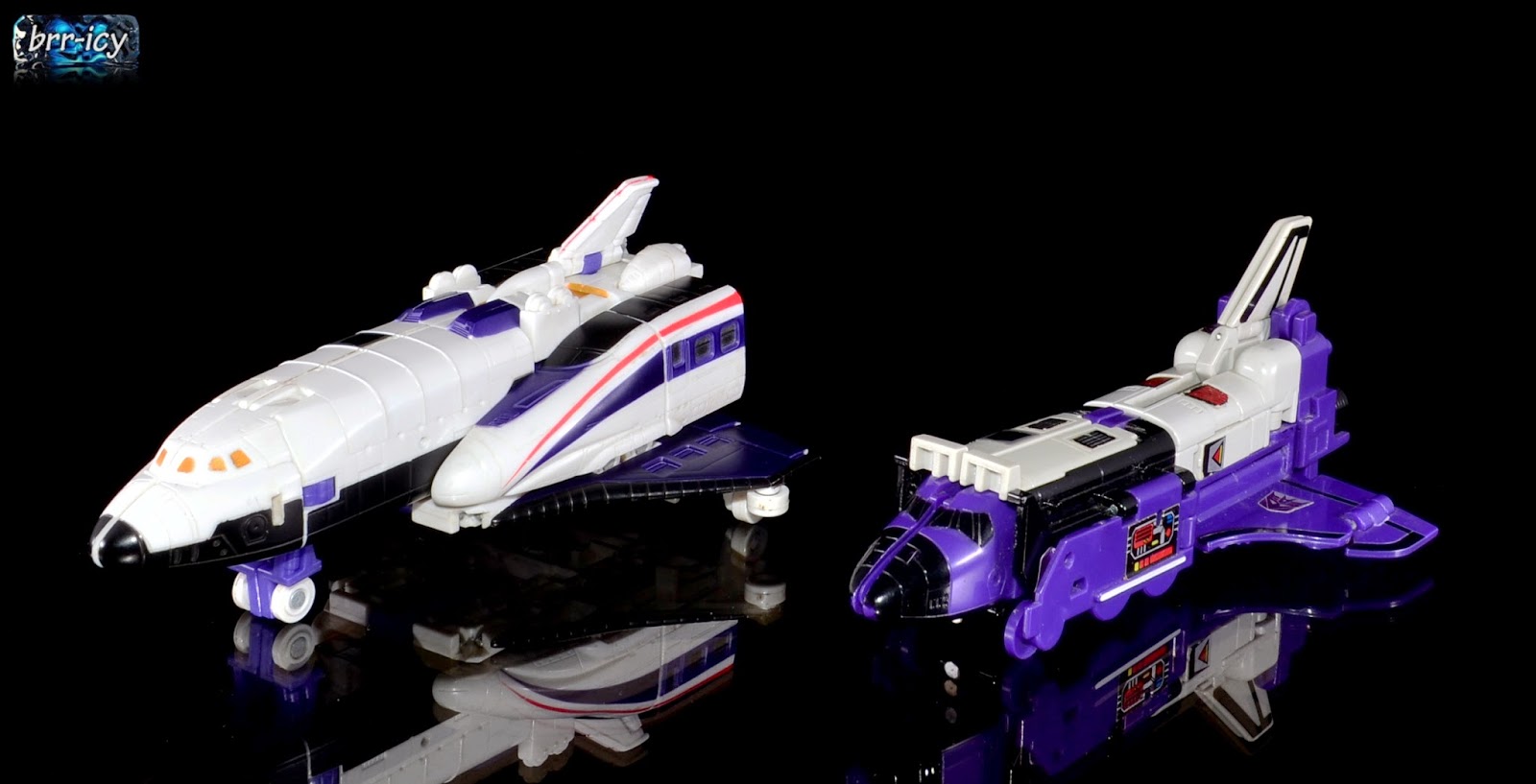 In train mode, he is a bullet train instead of a steam engine. which unfortunately makes him more kibbly, where the shuttle's nose can fold away to reveal the front of the train on the original, this one, just kind of hangs out on the other two modes. The very prevalent wings on the back of the train don't help much either.

This update got a lot of flak on release, but it's my favorite of the set. Blitzwing gained a size class, and the transformation is great. I love how the legs are done. 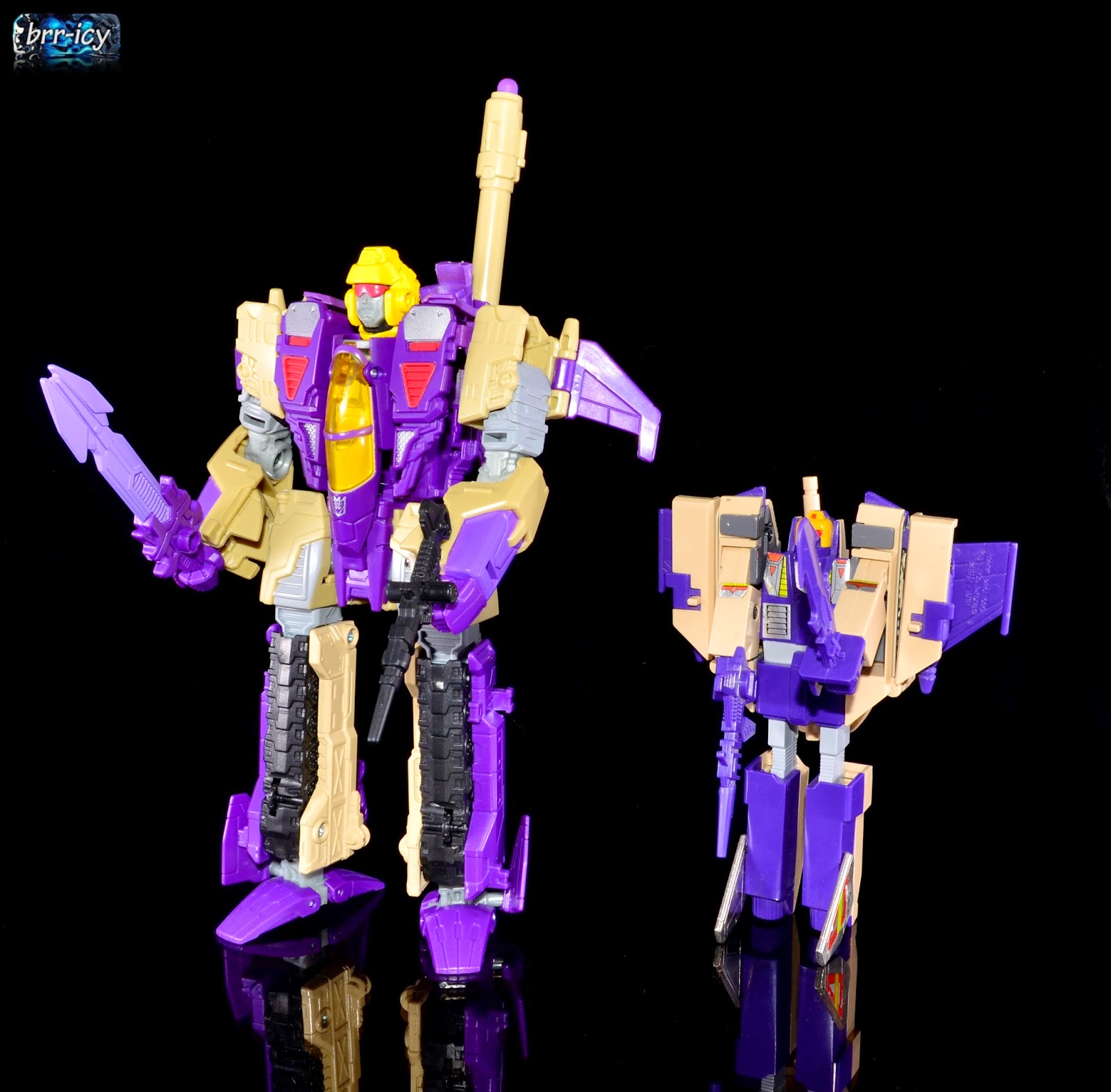 In jet mode, he has a bit of kibble, but most of it is integrated in some way or another. 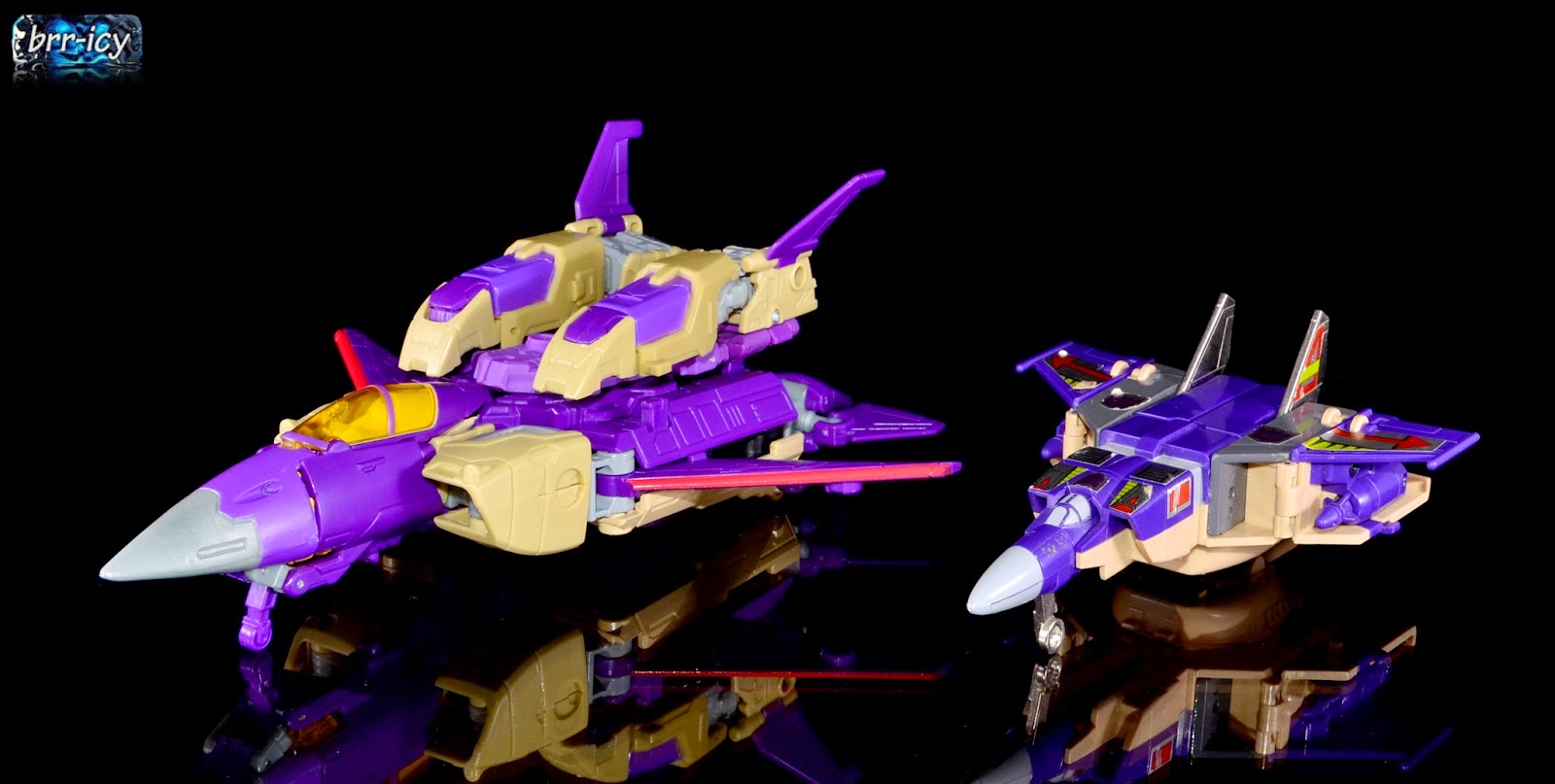 In tank mode, the new version isn't as convincing, but the original's tank is a pretty impressive feat for a triple changer. 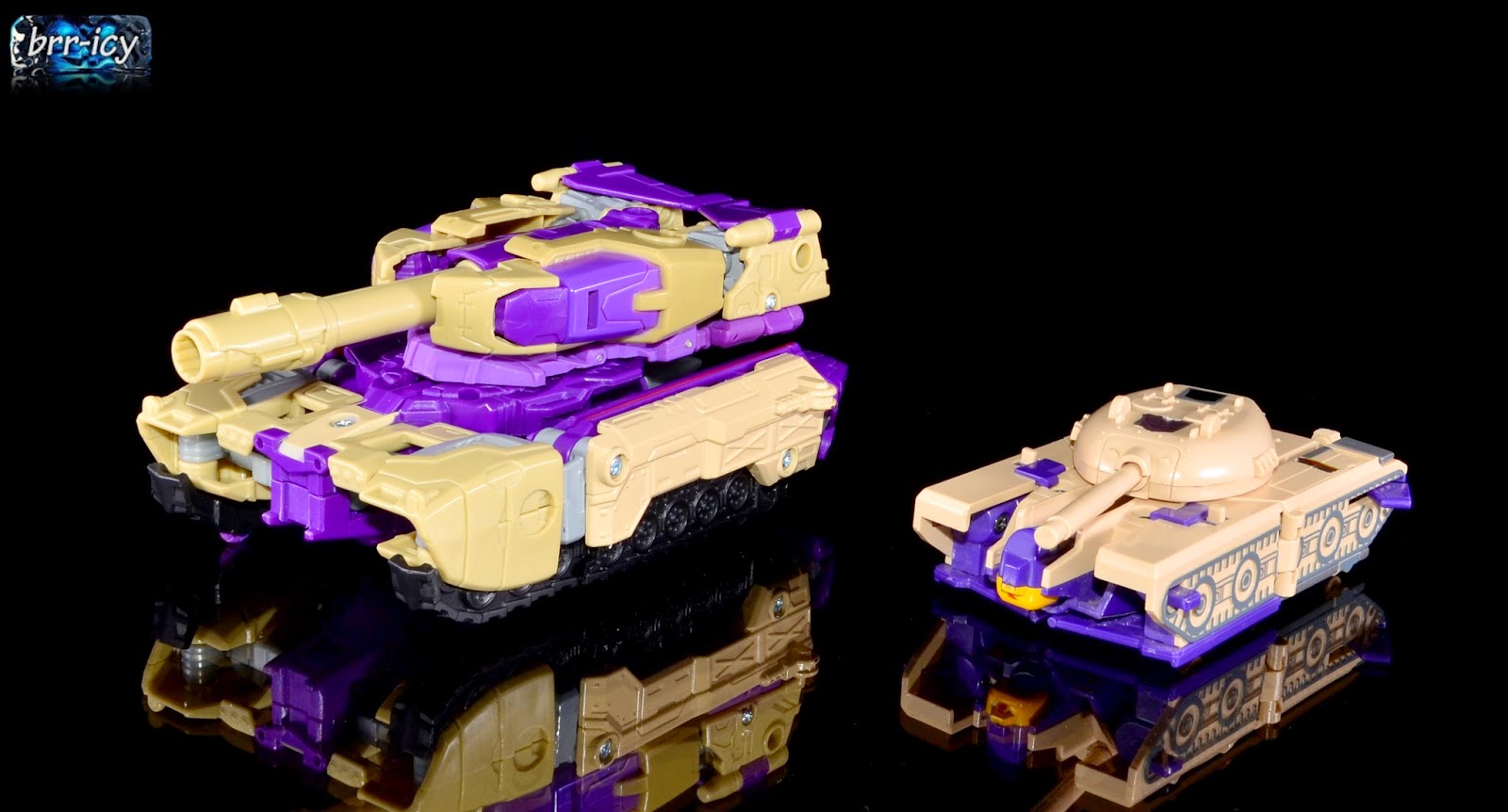 Lastly, Octane or Tankor as they decided to call him in Universe. He is the one I am lukewarm on the upgrade. I think they pulled off the modes well enough, The bot modes don't really match each other, but it's close enough that you can see who it's supposed to be, kinda. 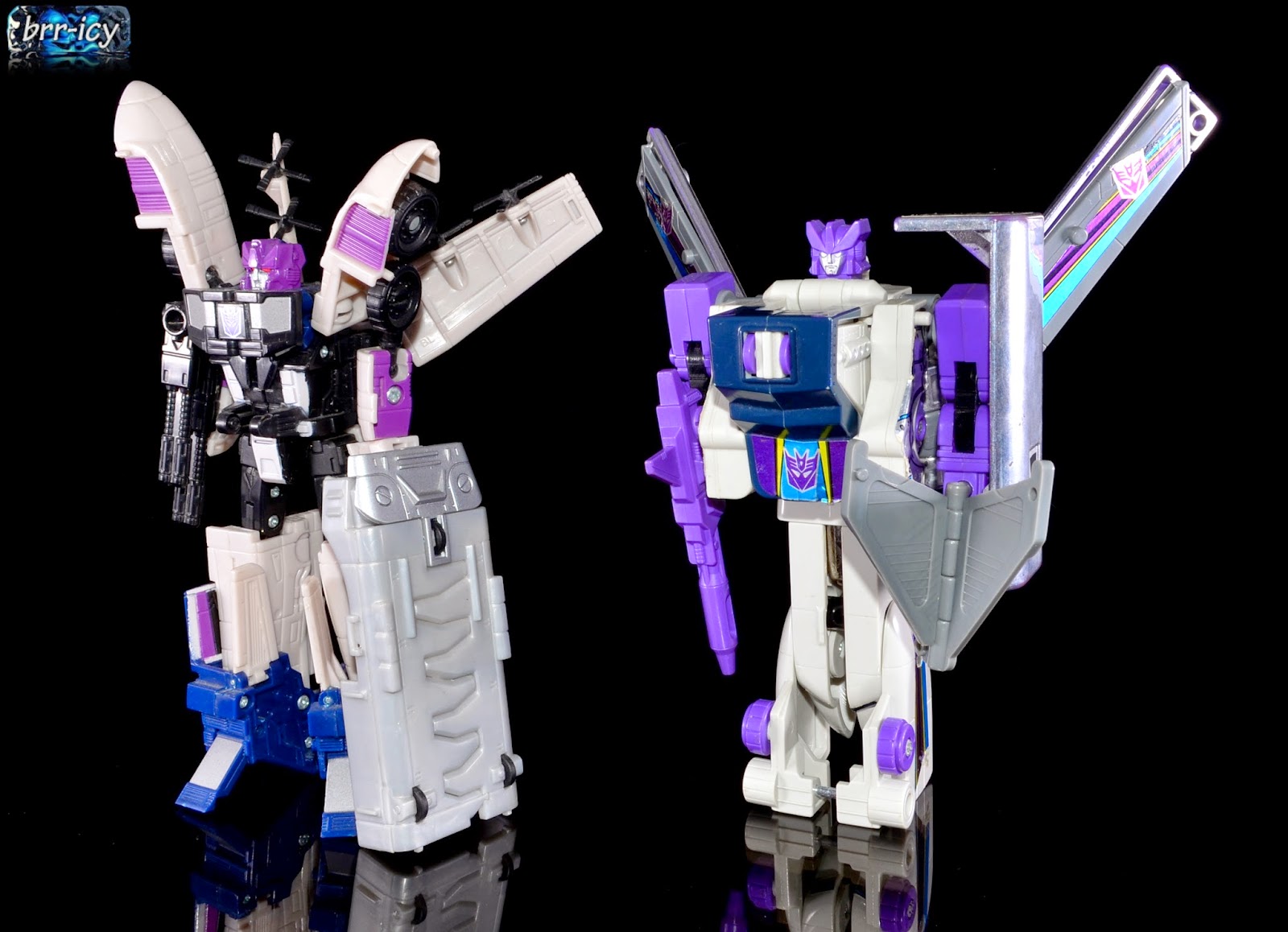 The original has the arms just hanging there in truck mode, so it loses points for that. But the back end of the Universe one is non existent, I find it a wash on these two for this mode. They both have their flaws, but they both look decent enough.

The plane mode is where the vintage really shines though, the jumbo jet is pulled off almost perfectly. Whereas the Universe one has tiny tiny wings, but at least they aren't tiny and holding half a train on each.

Overall, I'm glad that they did all three, but I would prefer a new Astrotrain sometime.
Posted by Brr-icy at 20:02