So, on Christmas Eve, a package from Puma arrived unexpectedly (Thanks again for the surprise man). There was a lot more goodies in there, but I promised that I would do this review as soon as he was complete, five months ago...haha. The plow was one of the items in the box, and the last item I needed to complete him. 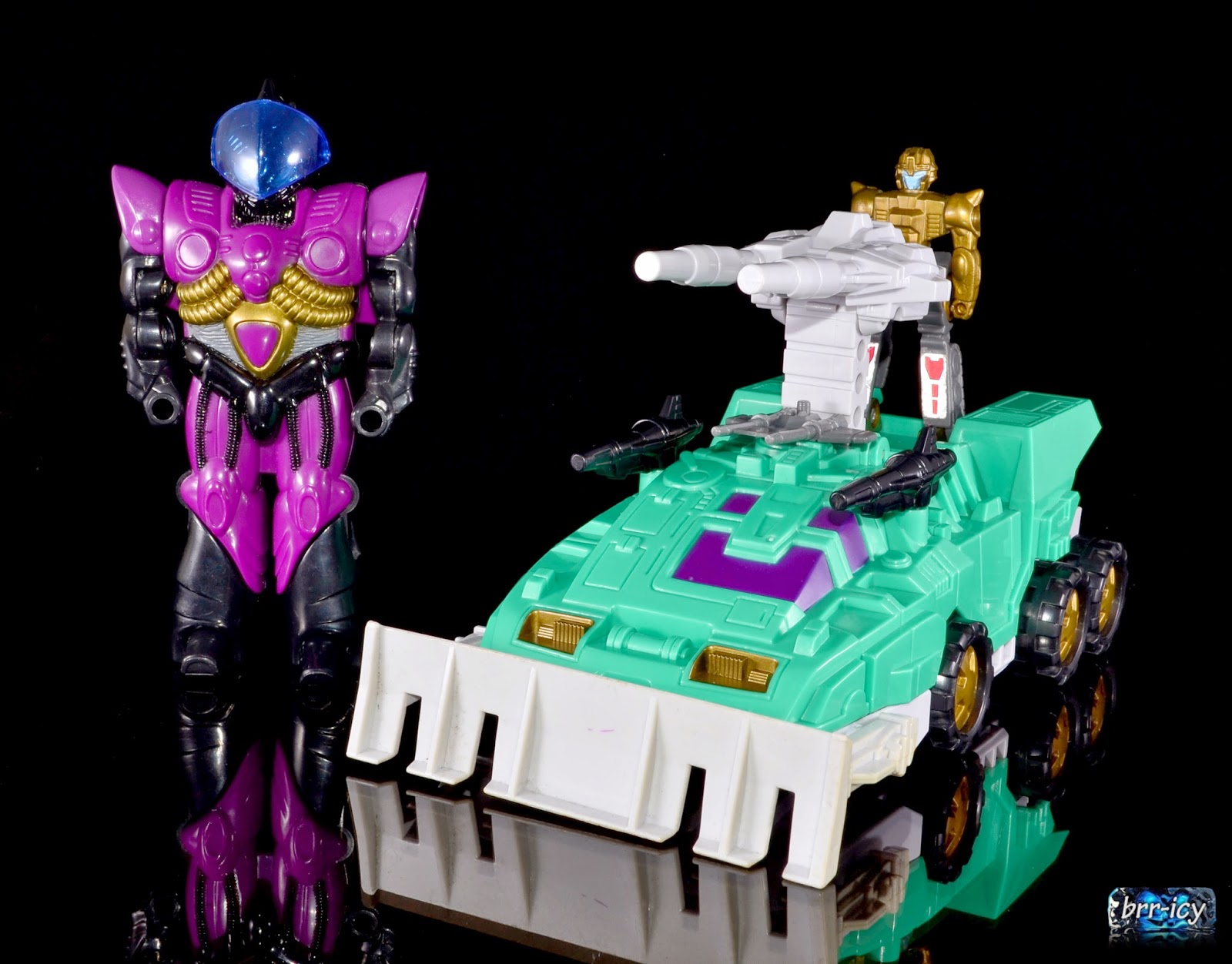 Like Skyhammer, he is made up of three parts, unlike Skyhammer, his outer shell actually looks like something and looks good. He's some kind of riot vehicle with a plow. These two are infamous for their GPS. If you want to put the inner bot on the top of the vehicle, the turret raises up and there are foot pegs, not unlike the ones for Micromasters. 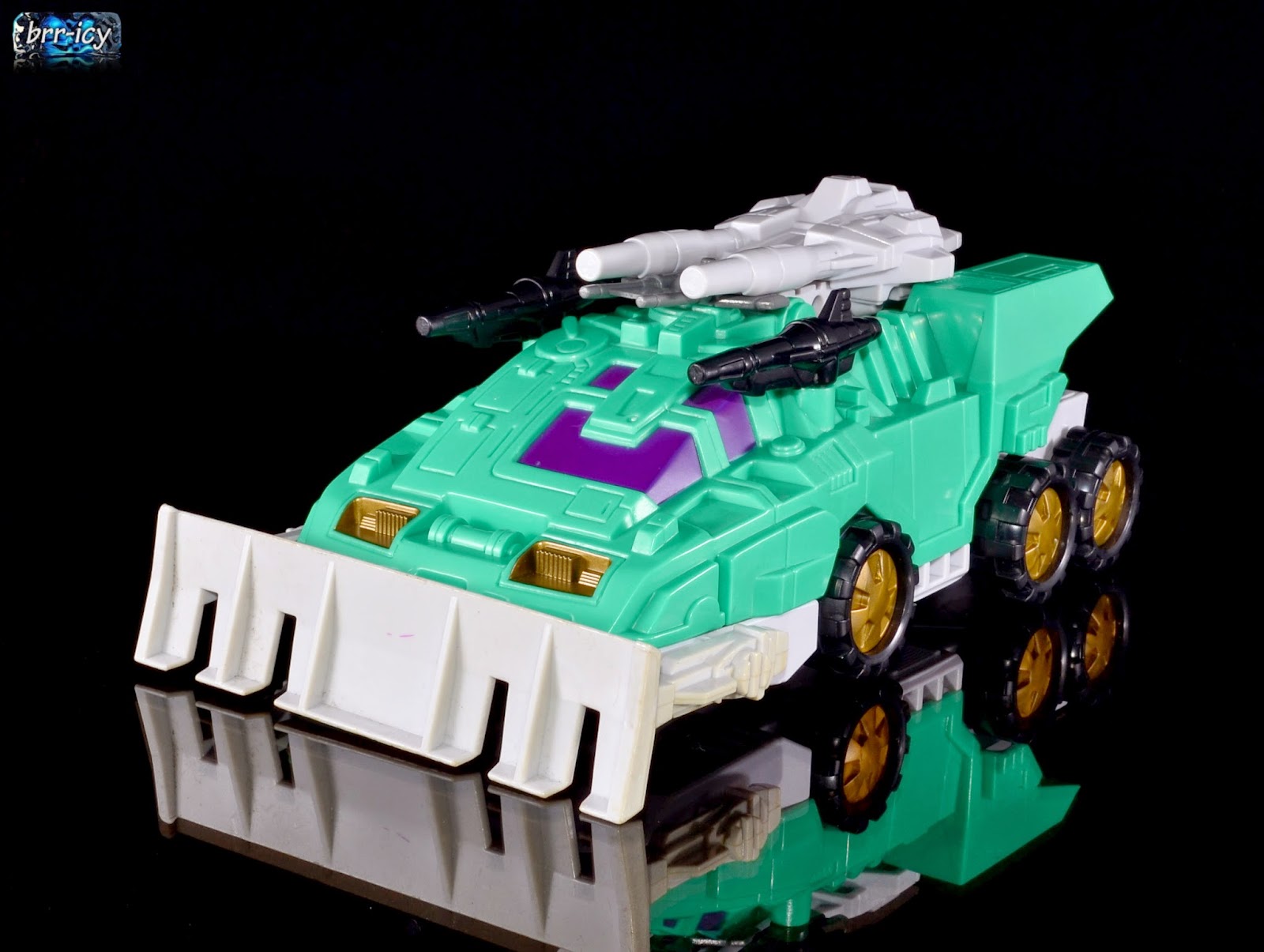 The smaller shell is a black and purple alien, he uses the black guns from the outer shell for his hand guns. 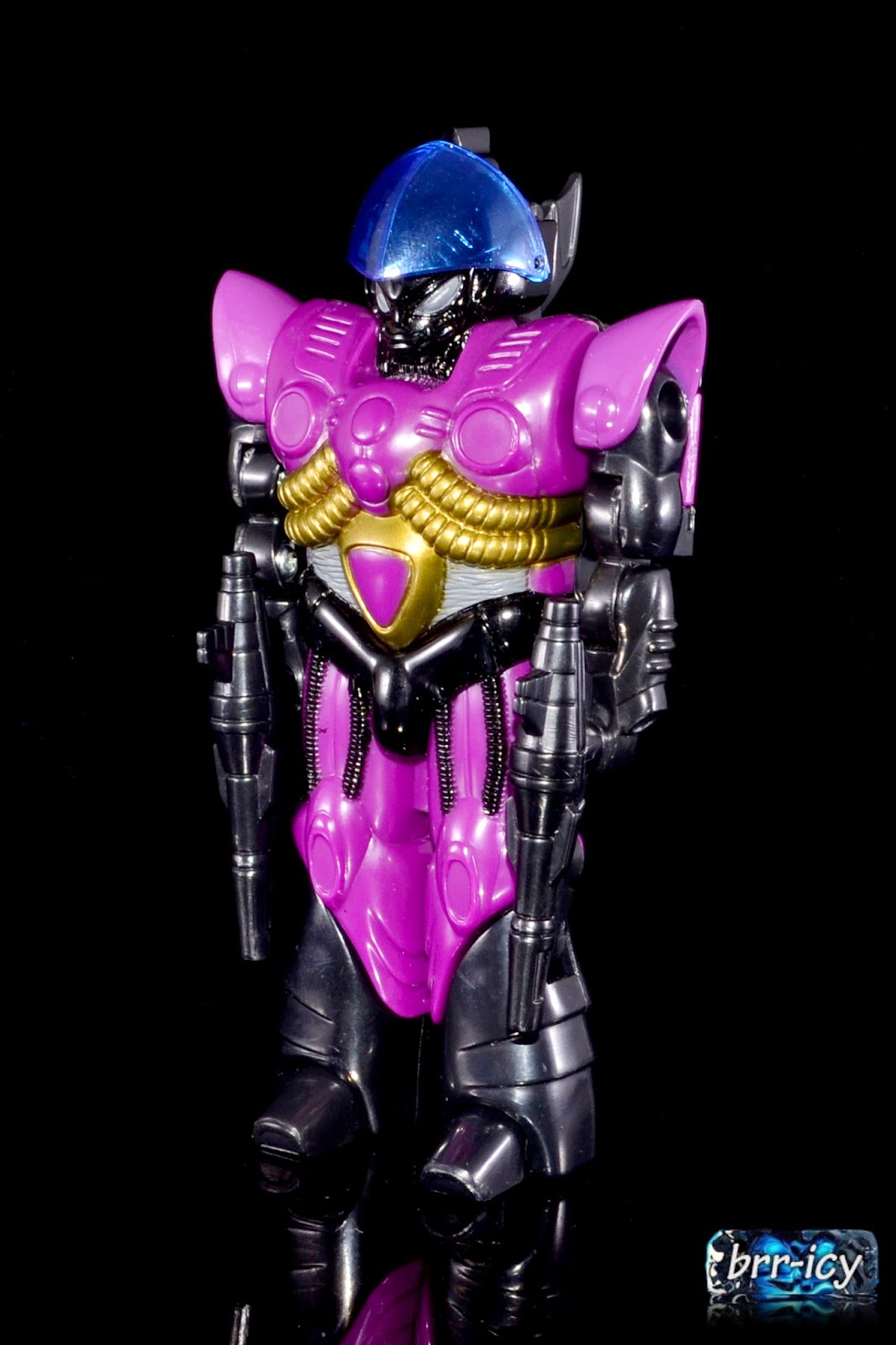 This shell turns into a Batwing type thing. It's pretty sweet, the inner bot can fit inside in both modes, in this one, he drives it. 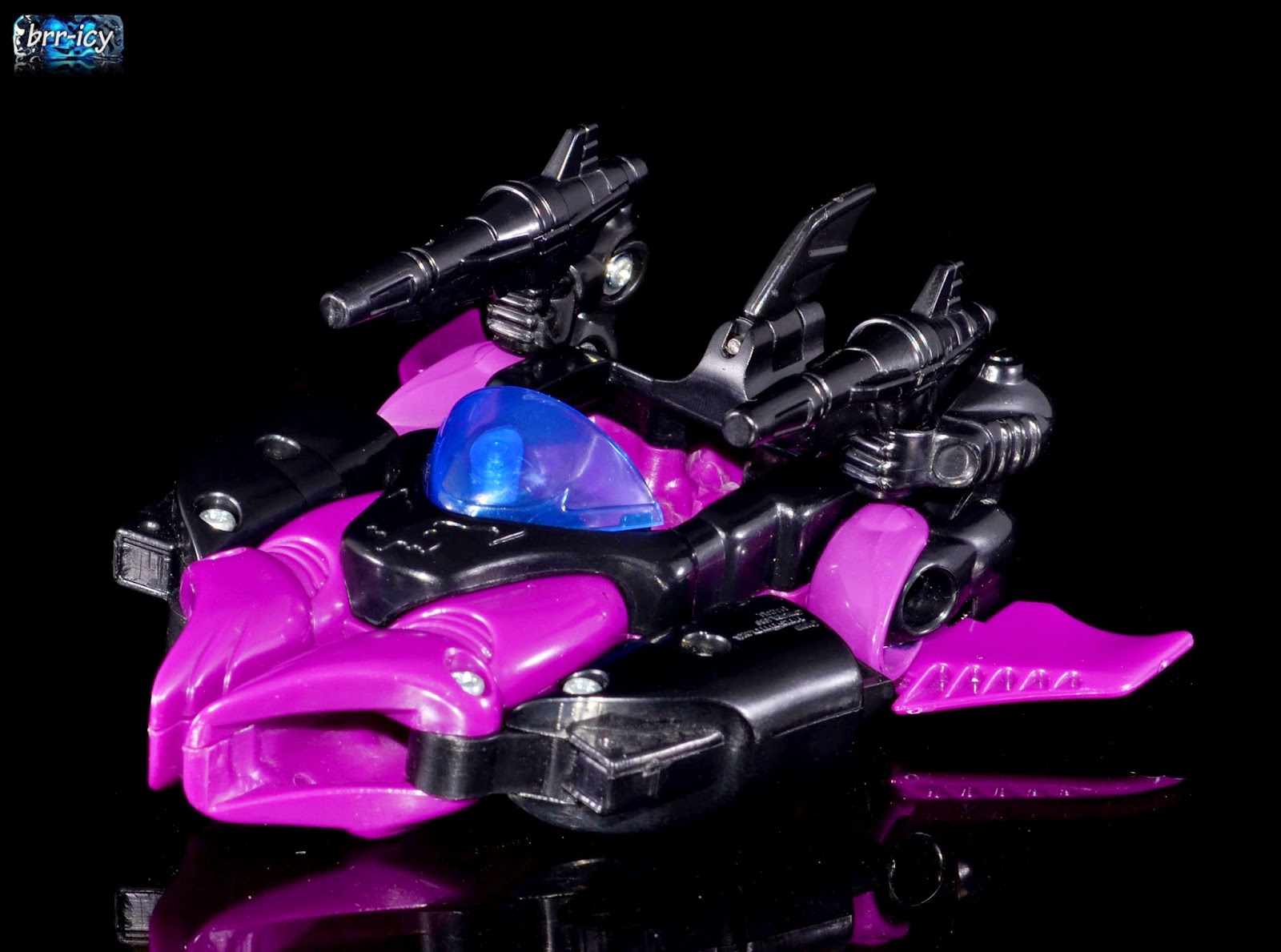 His inner bot is the biggest issue for GPS, mine has a mild case on the one hand, but I don't mind too much. 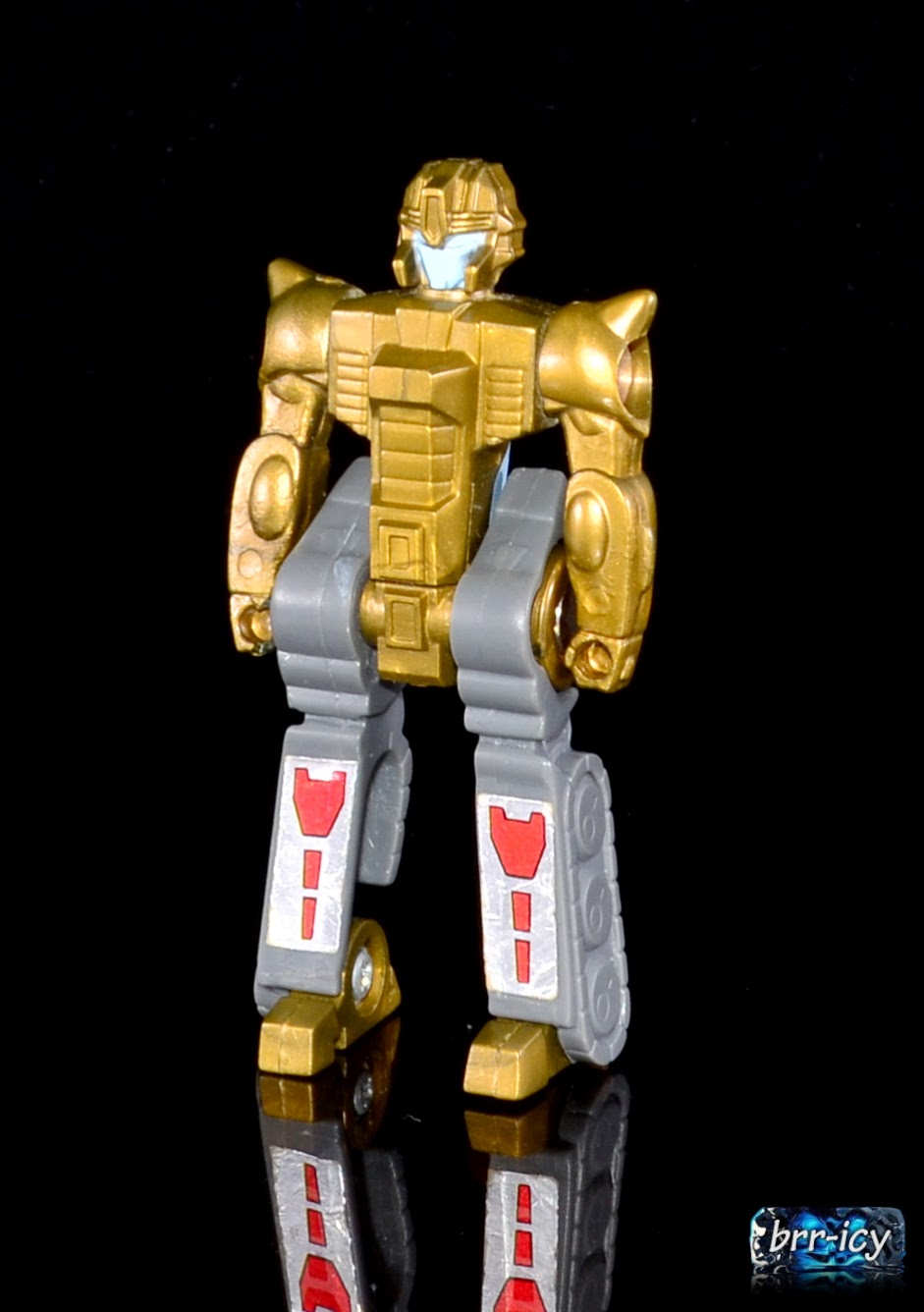 He turns into a half track tank thing. I am not sure how the gun is supposed to attach, but it's shown in the instructions mounted here. That's all for now, Merry Christmas everyone. 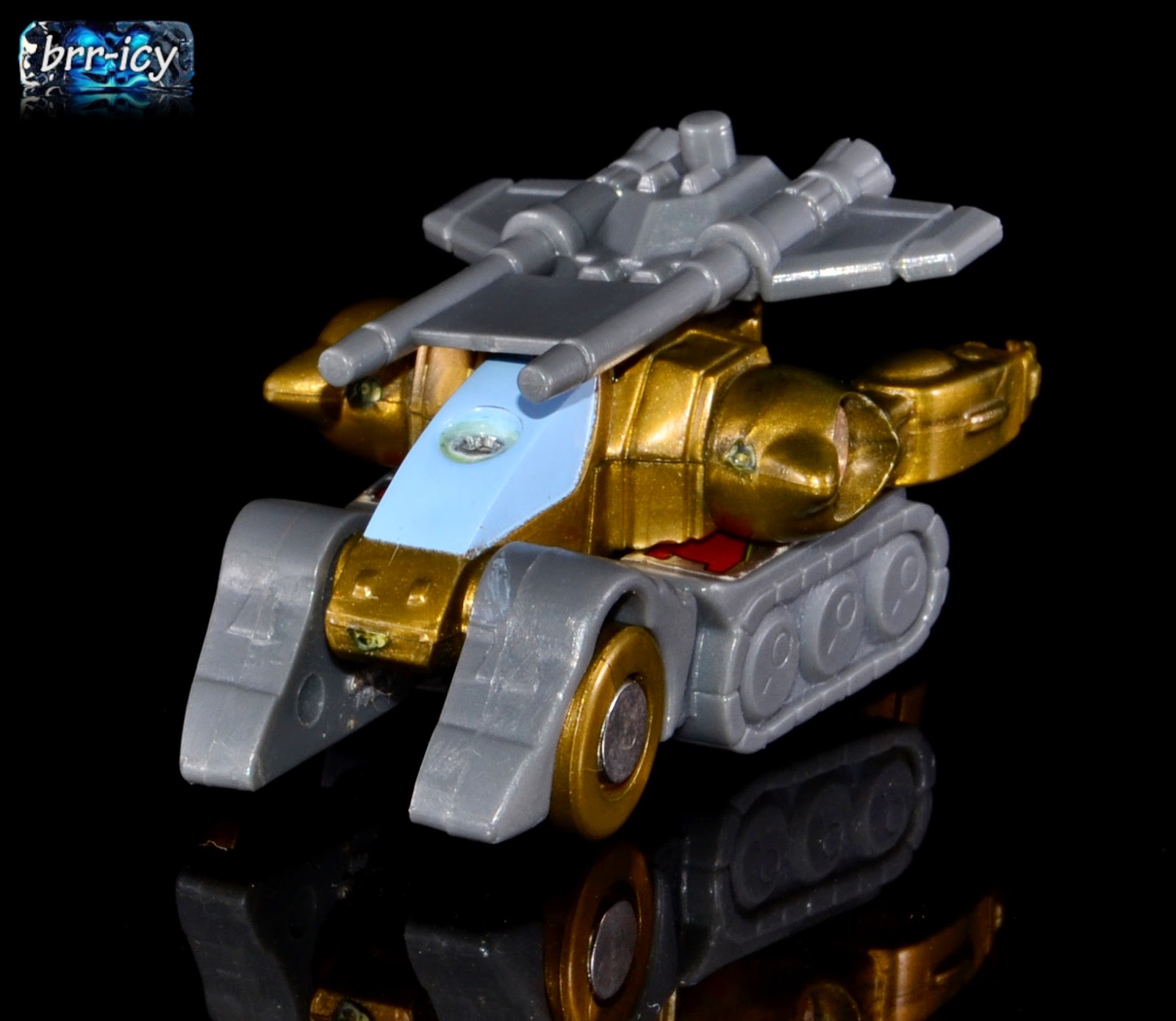