The US Combiner Cassettes, Slamdance and Squawkbox

These two sets are some of the best ideas for cassettes I think. I prefer them to their Japanese counterparts, mainly due to the combined modes being a little more coherent. 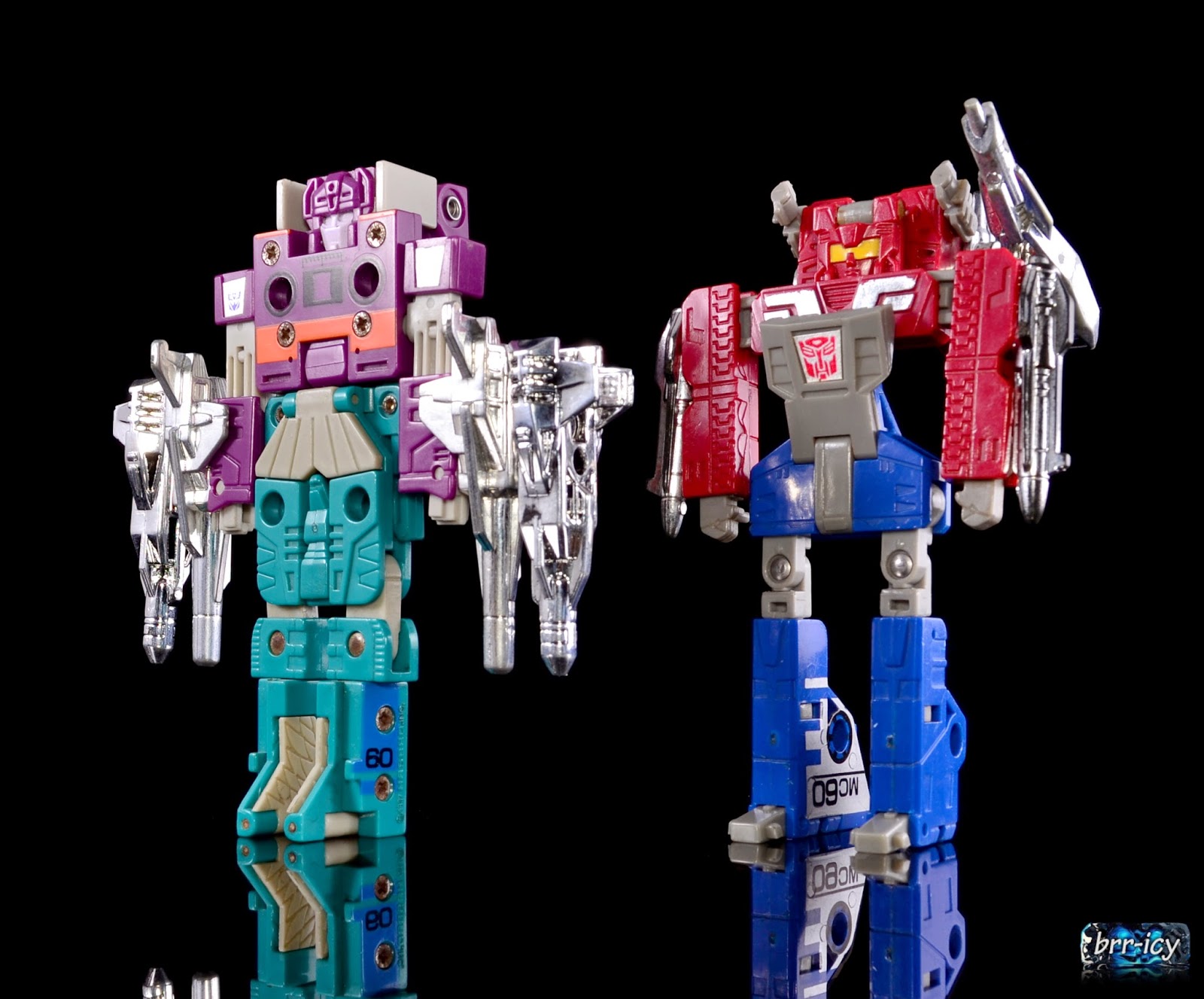 We'll start with the Autobot pair. I got these guys loose incomplete in a lot with Thunderclash and Rotorstorm, spent some time completing them, but it was worth it. Would like to get a set with better screws and rivets, but that will come someday. 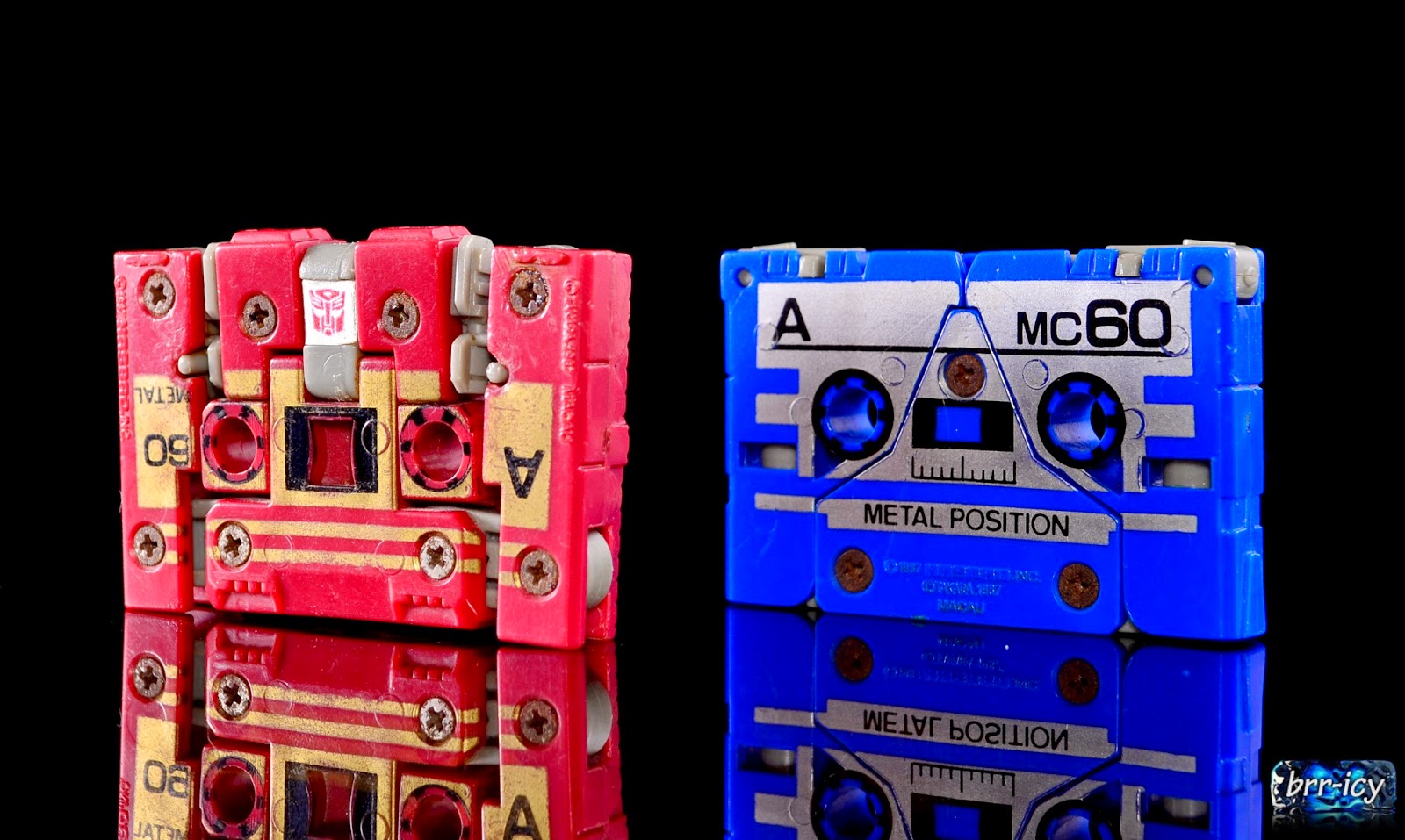 Grandslam and his partner are unique in that they don't turn into a robot or animal, they turn into vehicles. Grandslam also has the most accessories that any cassette has. His tank mode is pretty decent with three elevating turrets. 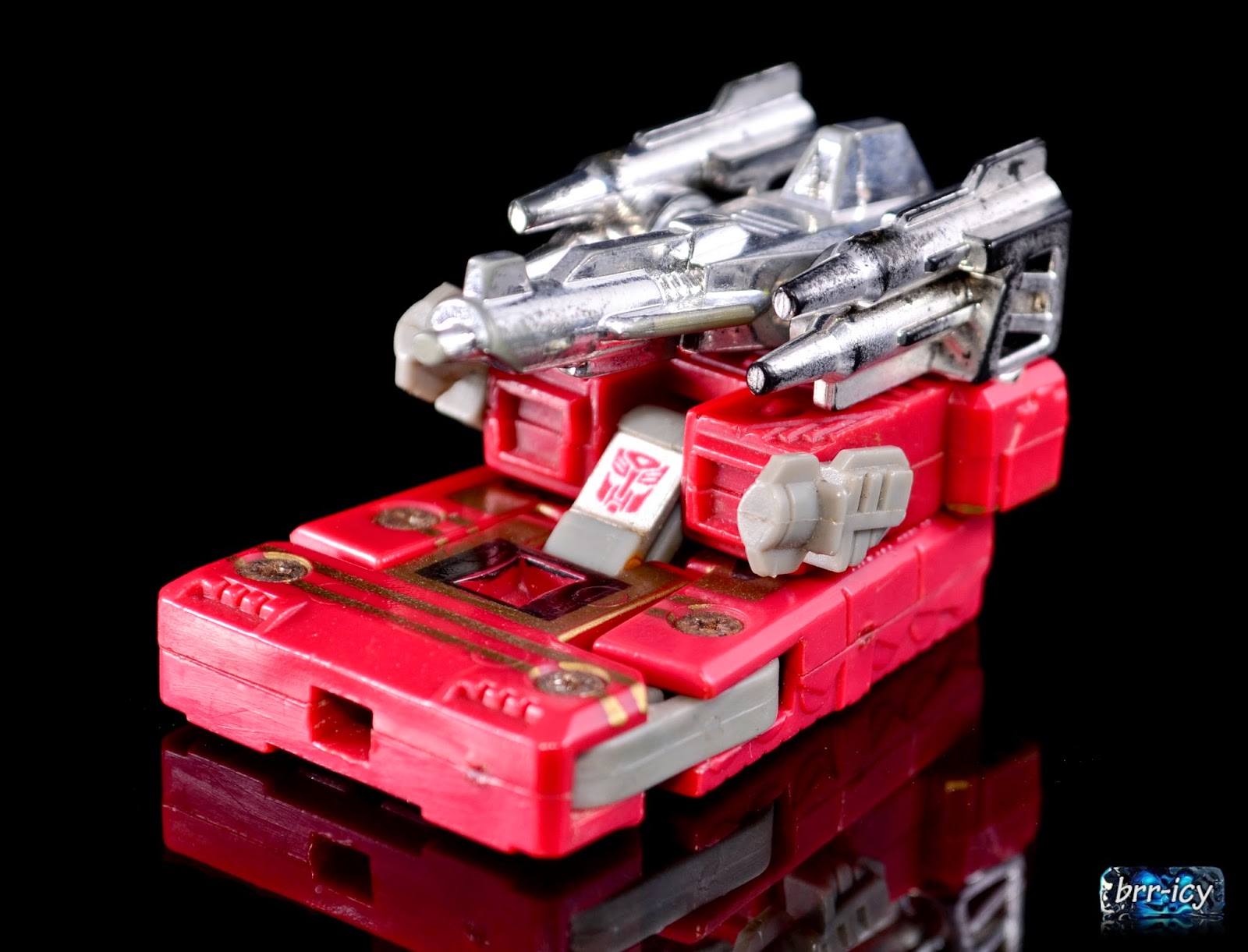 Raindance is a neat little jet. I really like the general shape of it. The little rockets are nice as well. 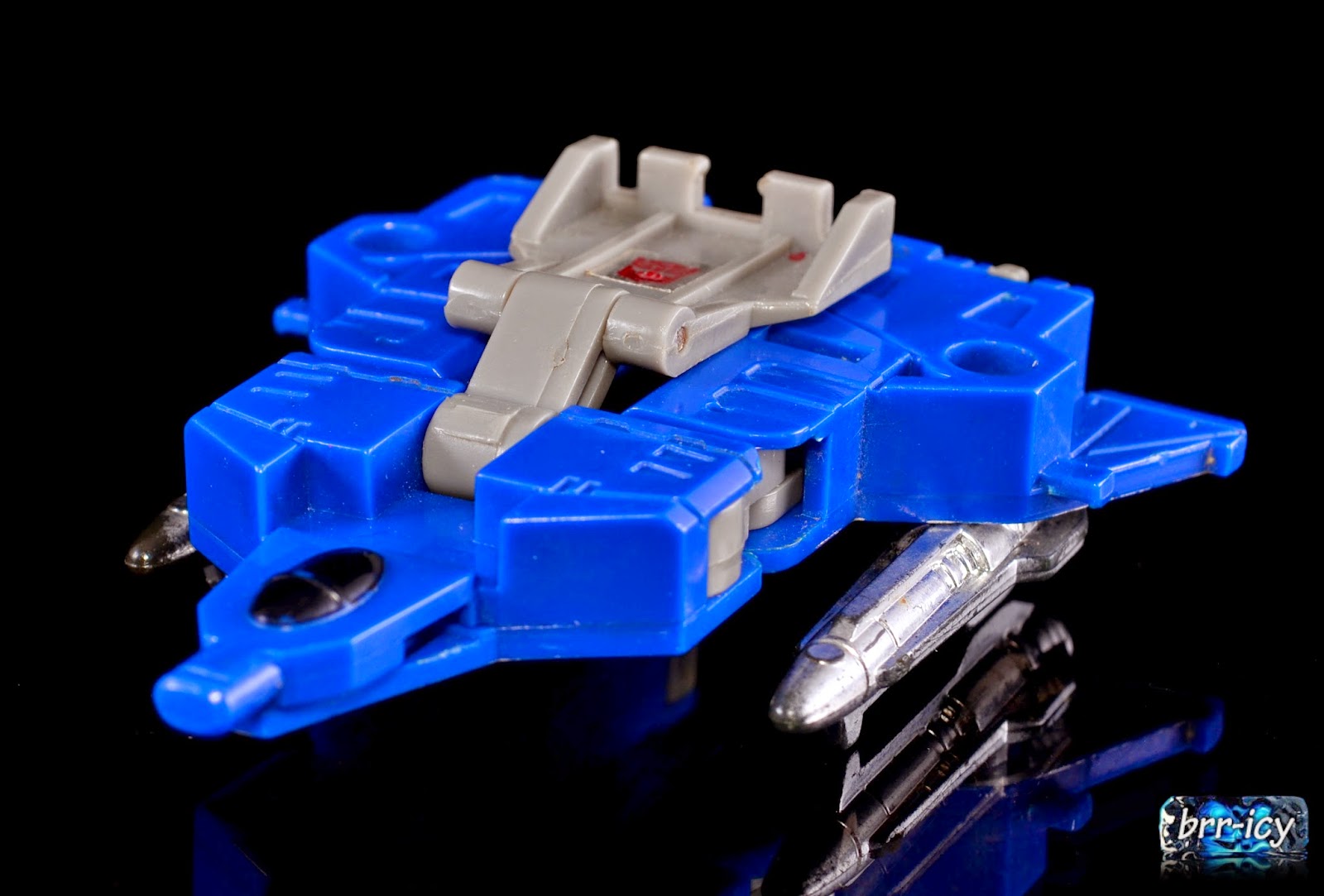 When they combine into Slamdance, Their bot mode is hands down the best proportioned of all of the combiner cassettes. The extra weapon gives him a stellar shoulder cannon. These were the only combiner cassettes I had as a kid. I remember my friend's mom telling me he was giving away all his toys and to go to the basement and get whatever I wanted. 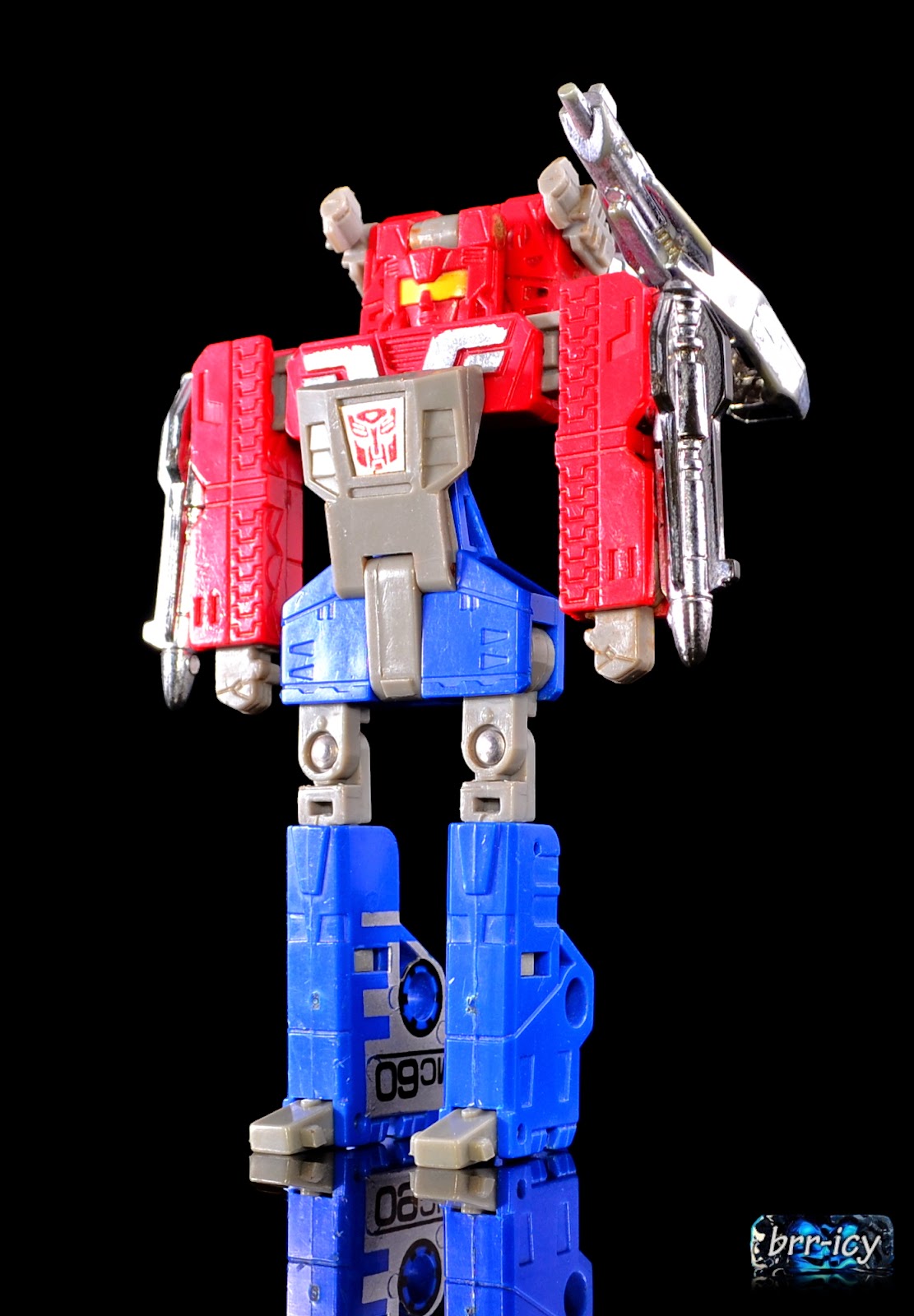 On the Decepticon side, we have these two. They came from the same lot as Slamdance. 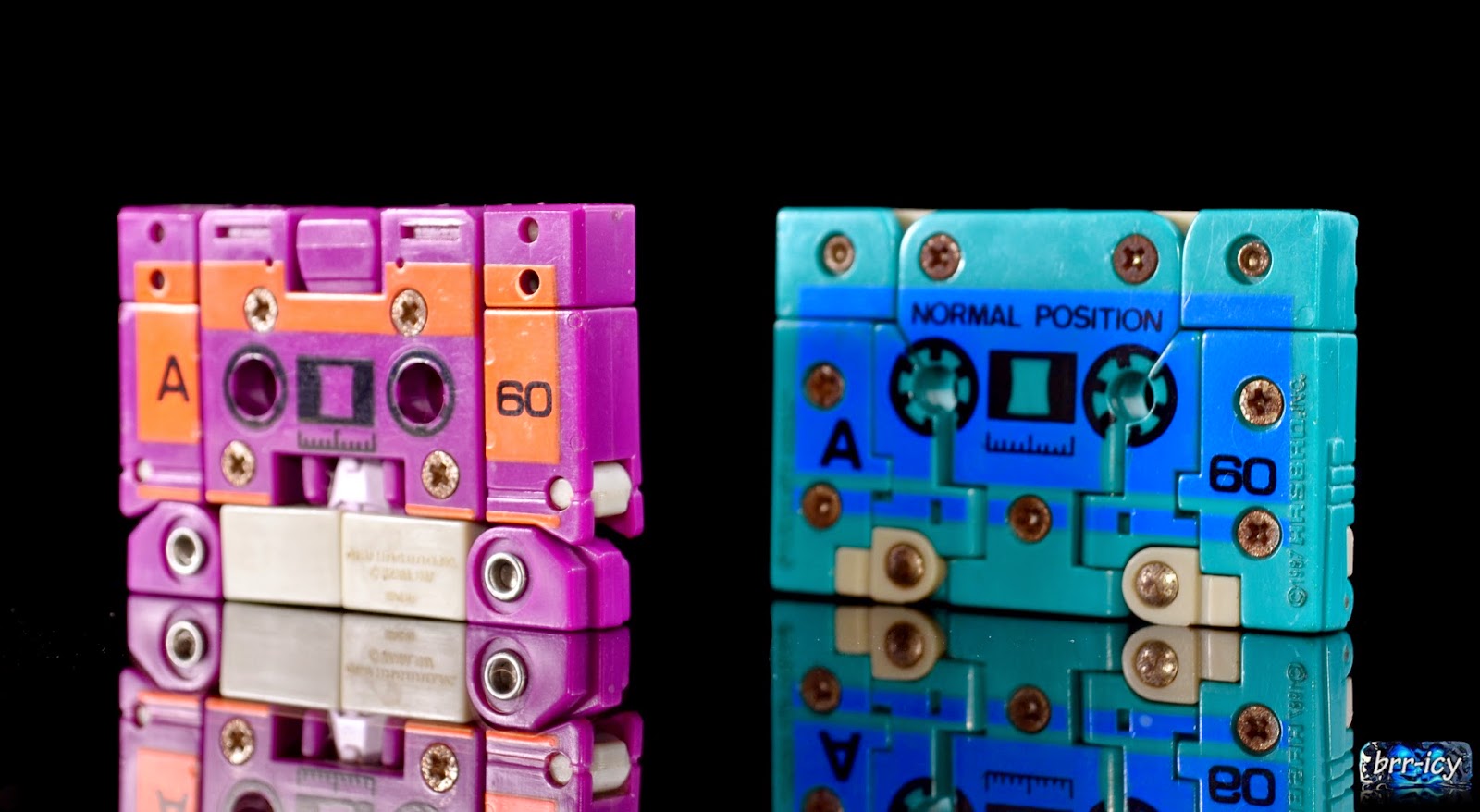 Beastbox is the upper half of this combining duo. He turns into a robotic ape, with guns! He has shoulder and ankle articulation, so he's kind of poseable. 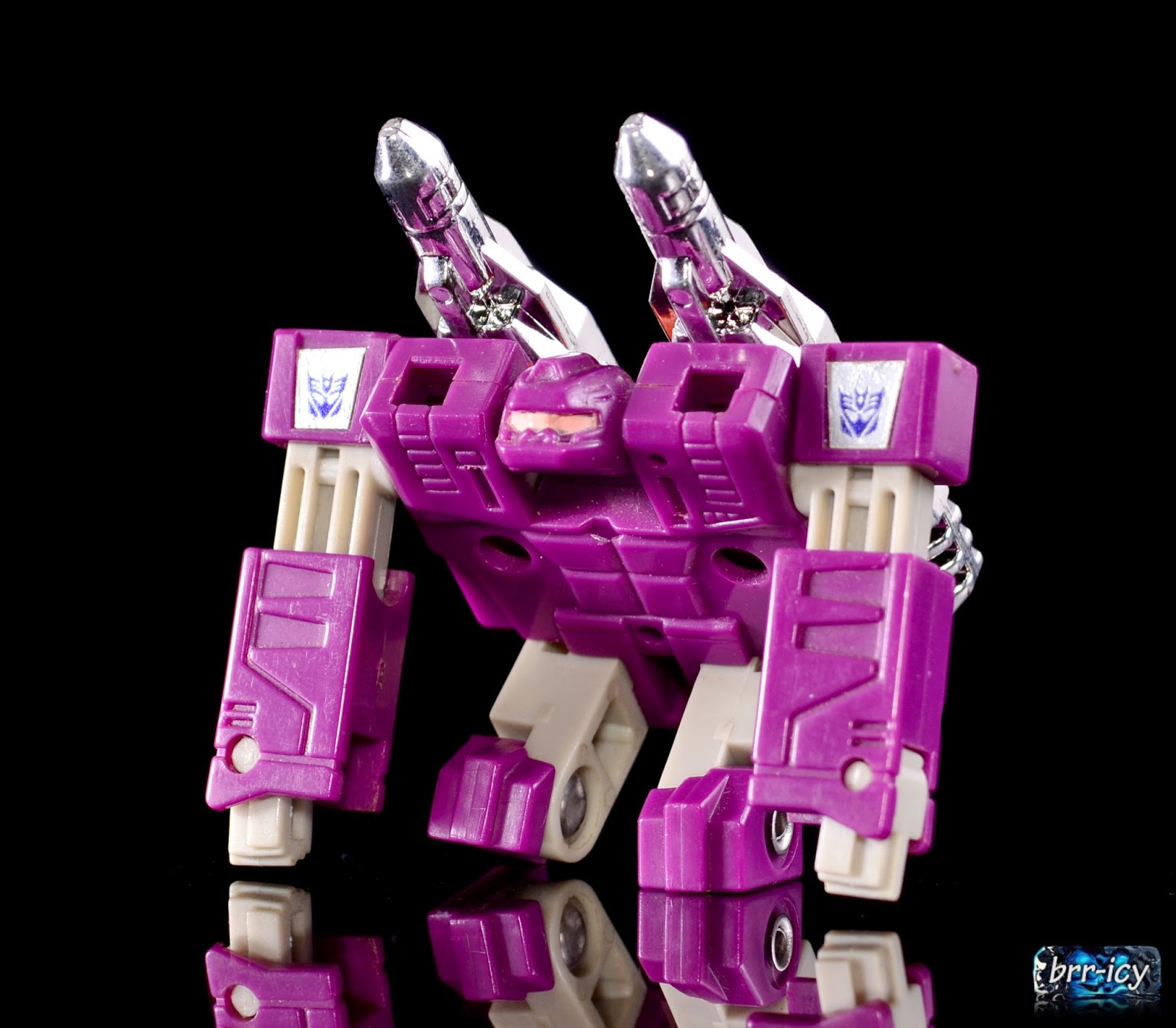 His partner is Squawktalk, His bird mode is pretty decent bird, you can even tilt the wings due to the transformation. 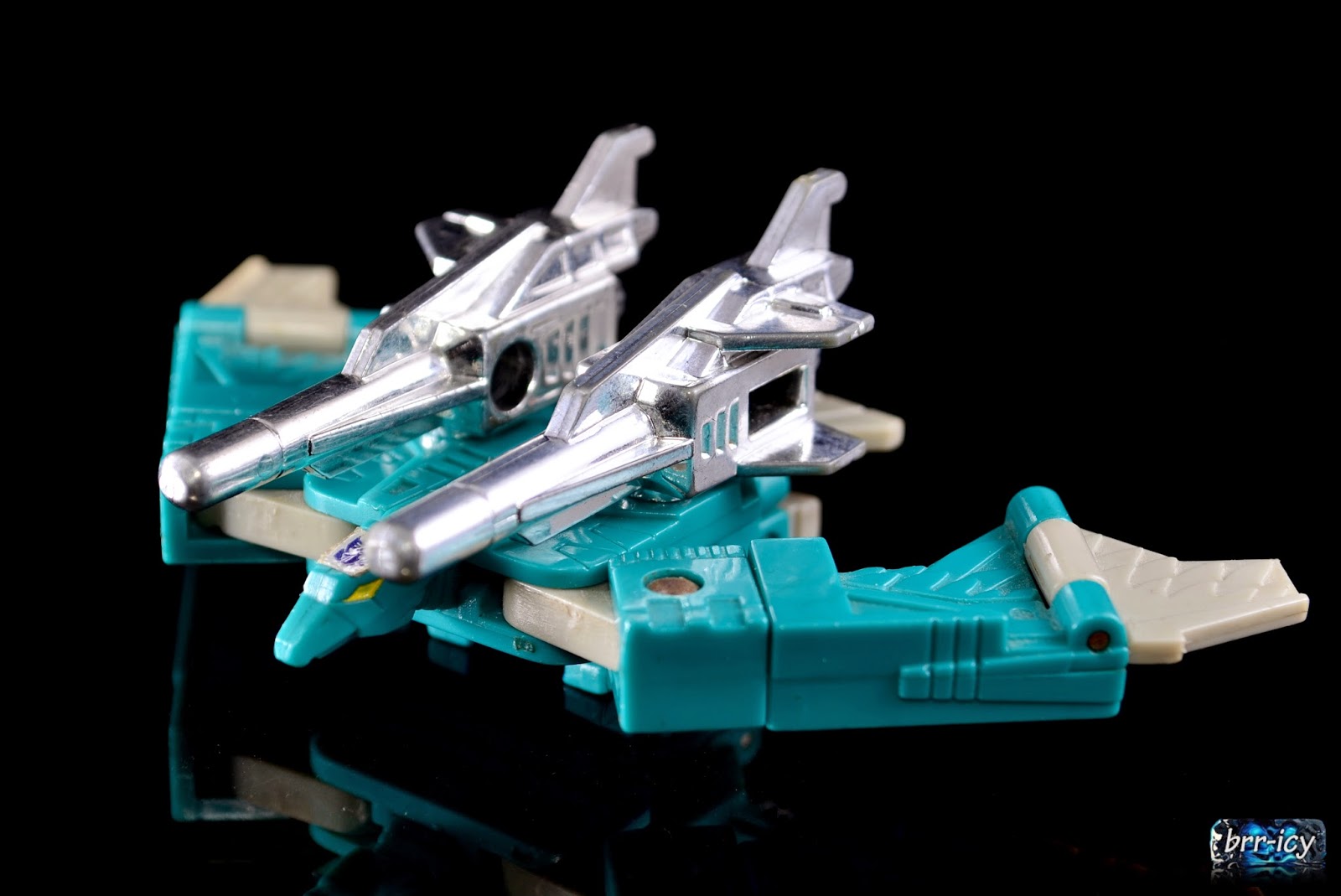 Combined into Squawkbox, there may have been an incident with a steam roller. Either that, or the legs are supposed to be up to the top of the bird head. But other than that, he's a fairly decent bot. These are by far the most expensive G1 US cassettes. 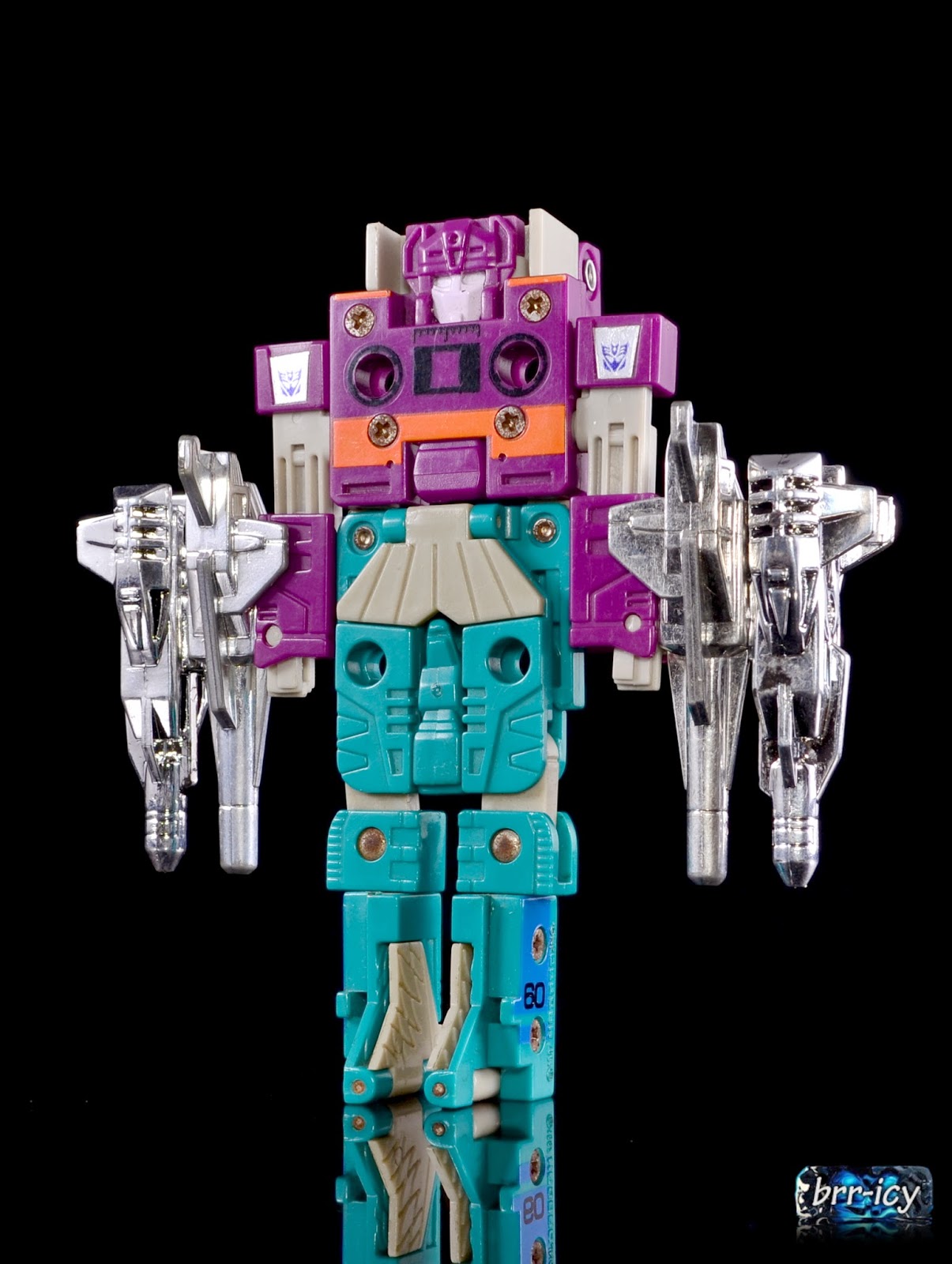 Cue crude Photoshop job for legs extending, looks a little better I think. Oh well, still a neat set. Like most of the combiner cassettes, much nicer in individual modes than combined, but cool that they added it in. 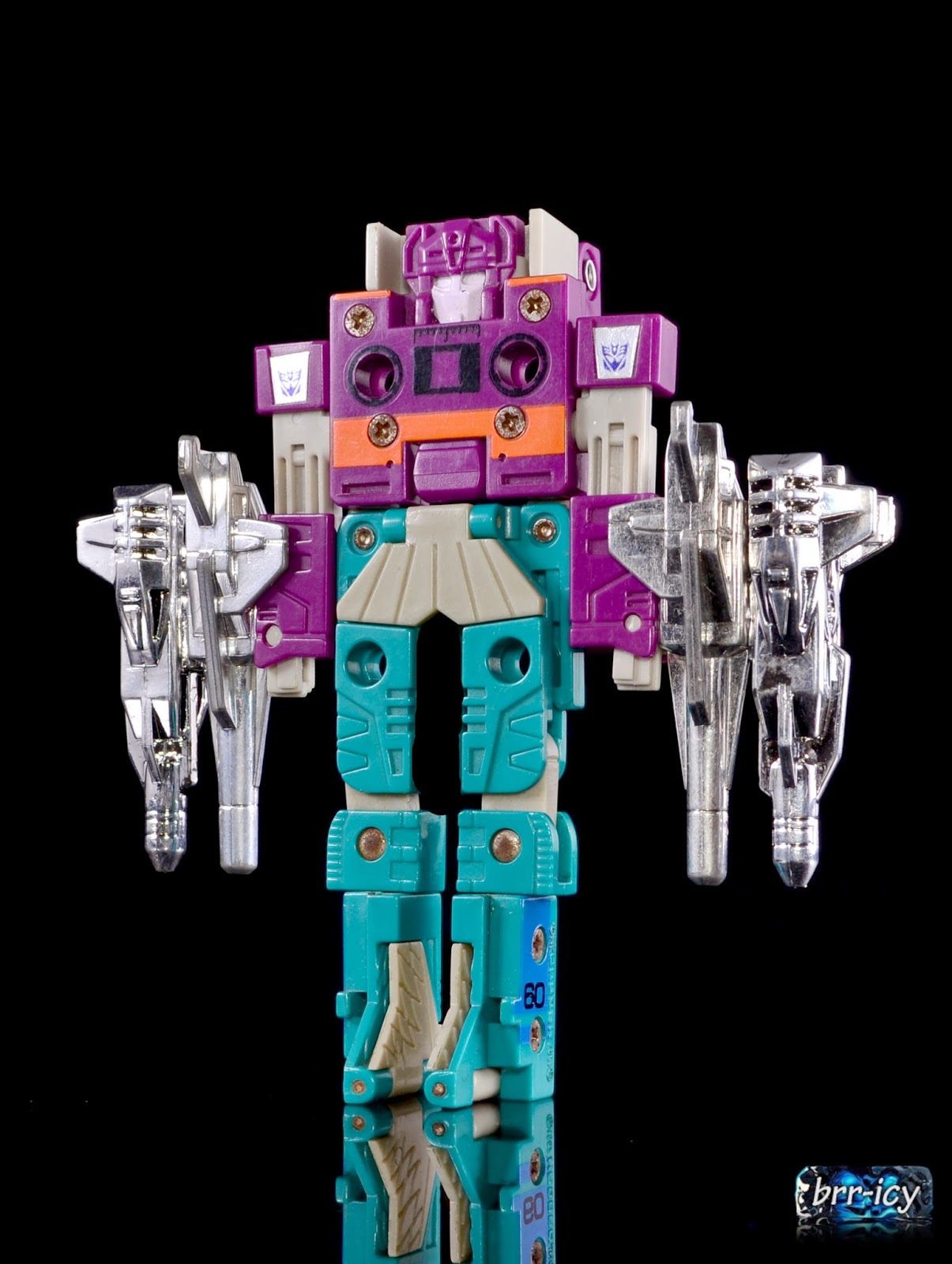