A pair of large sized Masterpieces came in in the last couple months. Figured it was time for another upgrades post. 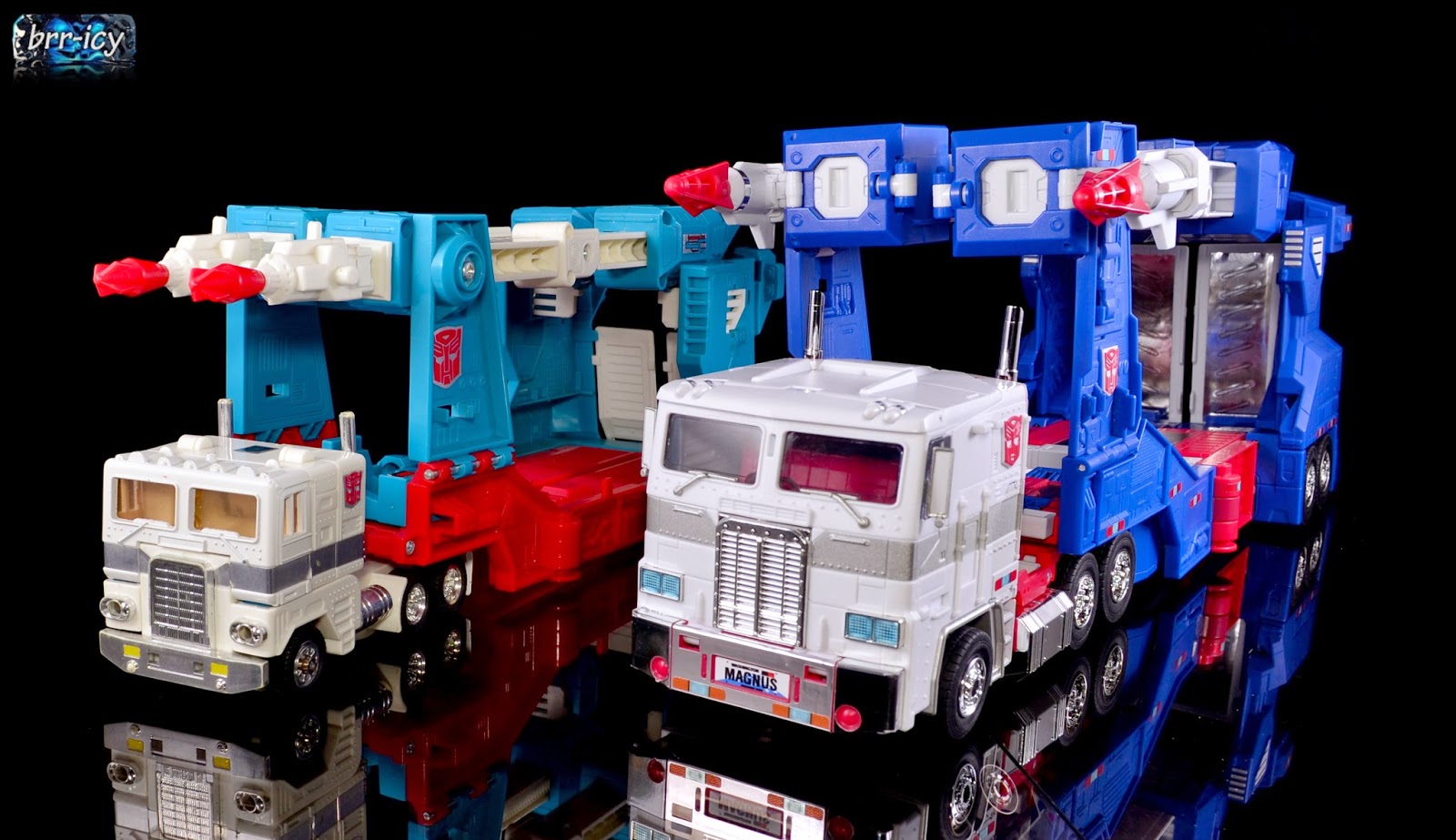 Magnus was the first to arrive, mine came with Reprolabels applied already. The main reason I wanted to get the Reprolabels set for it was the chrome bumper, it bugged me, the other Labels really compliment the figure and make him closer to his toy appearance, they're not for everyone, but they look nice to me. 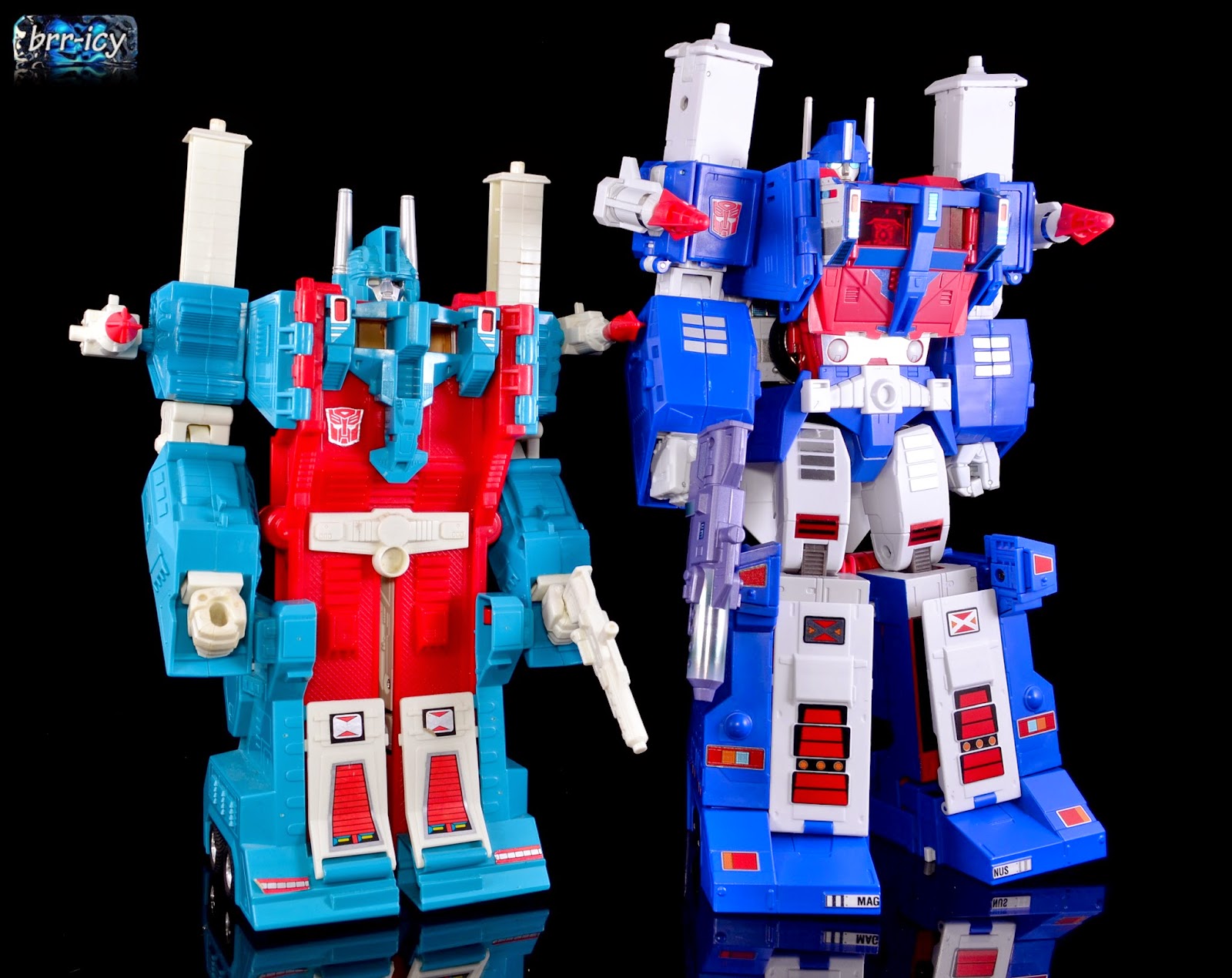 In bot mode, the MP is (obviously) more articulated and bigger, The original had the cab that could separate into a smaller white prime clone, whereas the MP's cab folds inside out and becomes the torso of the bot mode. I really like how they made the arms collapse into themselves instead of just slide. Also has another face, and a small articulated Spike and Daniel that can fit in the cab. 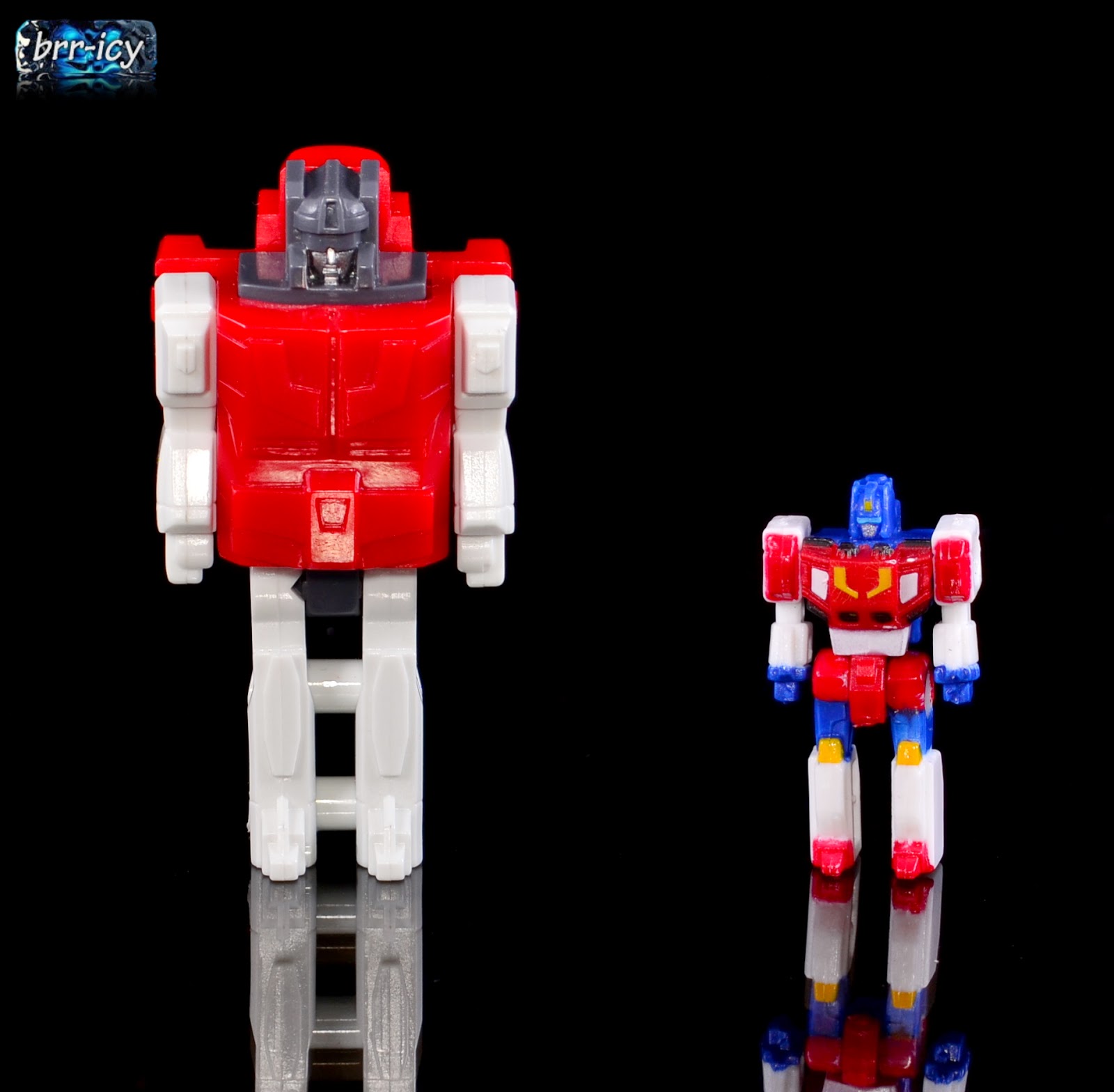 So far though, the figure of the year for me is Masterpiece Star Saber. The Brain of Courage is it's Brainmaster,  The original held the face of the robot inside it's chest, and because of this, it was interchangable with the faces from Road Caesar. The new one has a pretty complex mechanism instead and a nice detailed little cockpit. 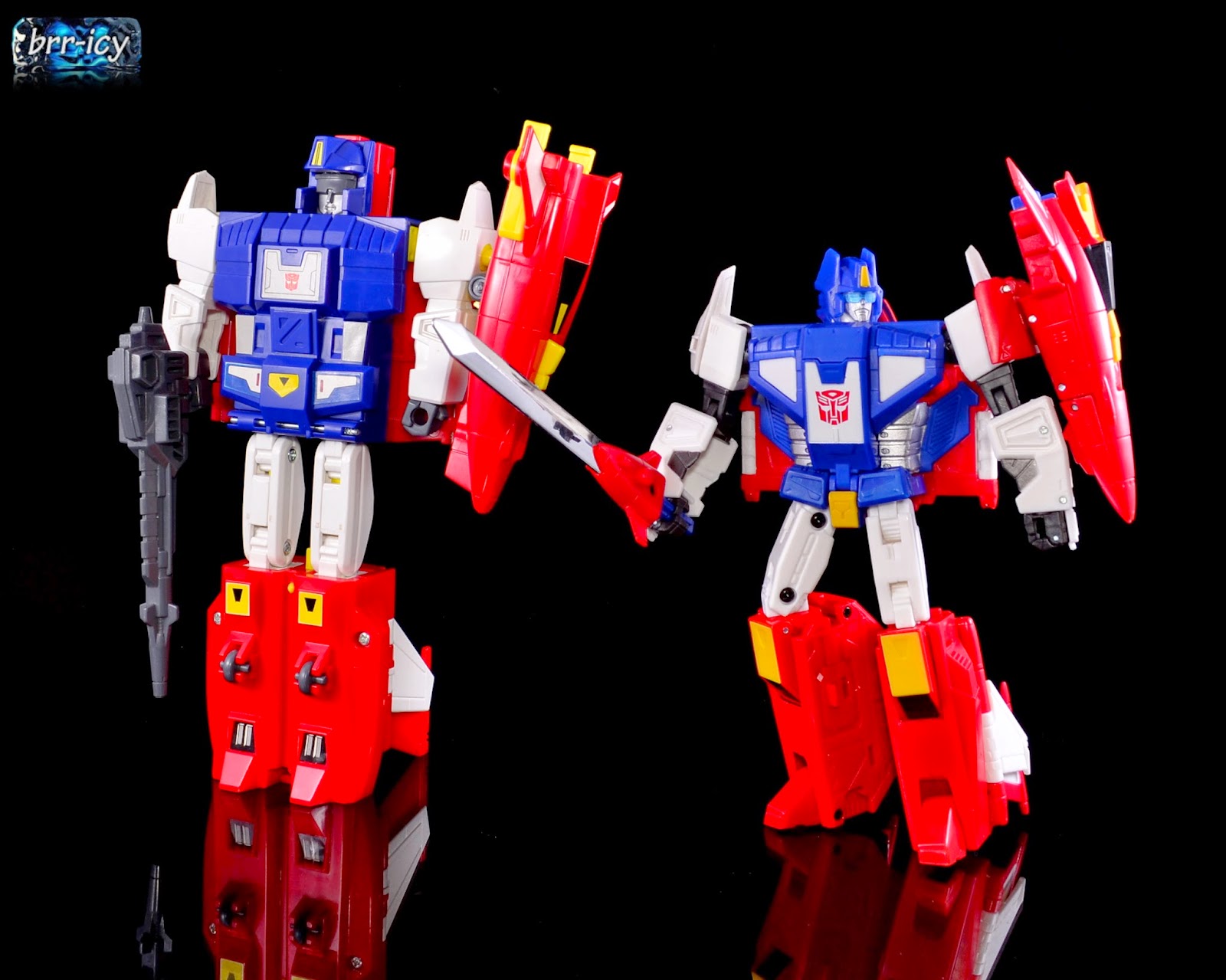 The middle figure is Saber, I really like how much detail they added to him for the MP. The added arm transformations and giving him actual feet was a nice touch. The head even turns unlike the G1 where the Brain of Courage made it impossible. I really like that most of the colour is separate pieces instead of paint, makes it a lot harder to have paint issues that way. They added a smaller sword in just for Saber to hold. 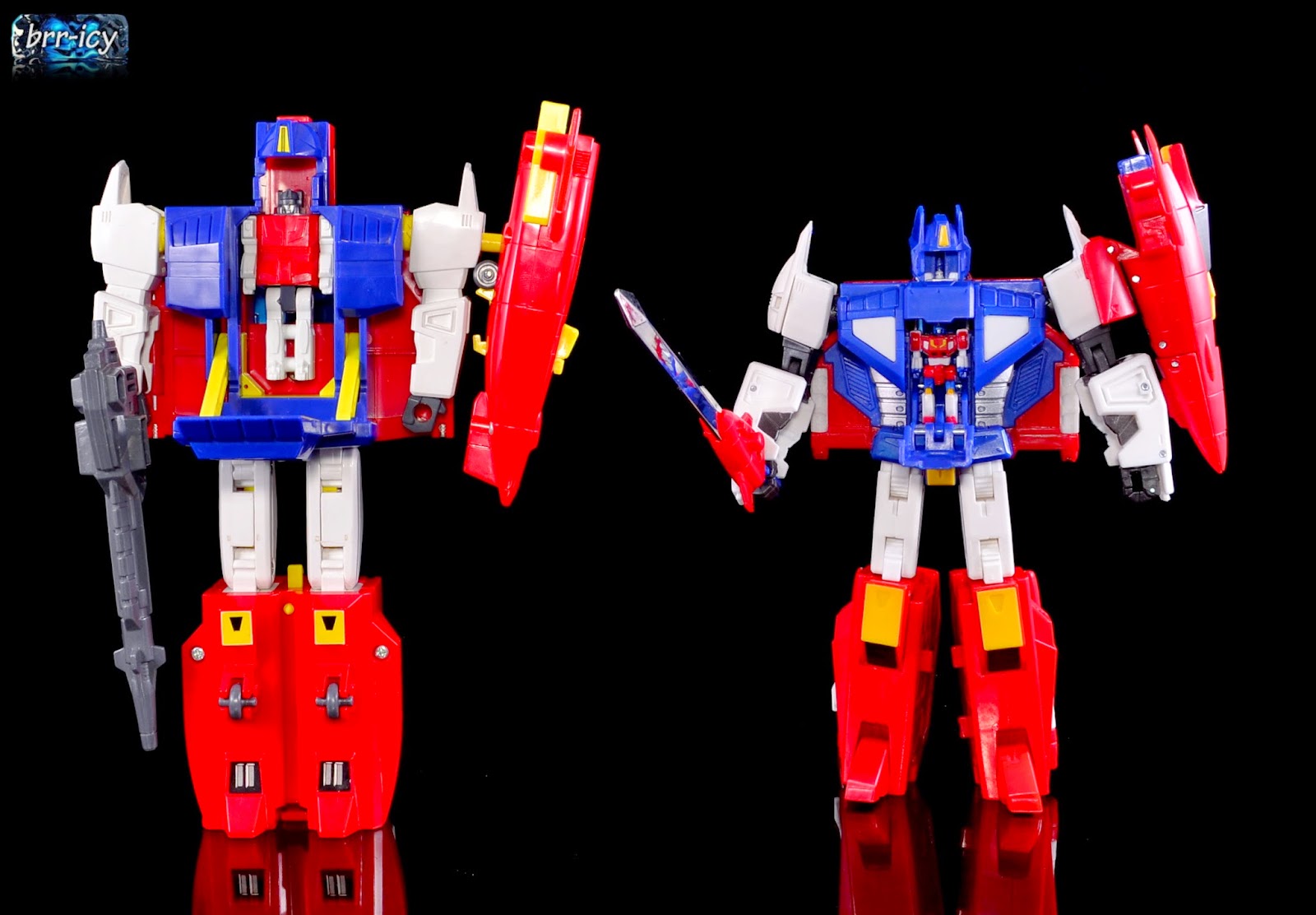 Here's where you put in the Brainmasters, when you close the chest, the elevator raises him into place and the face comes up.

Saber turns into a small red jet, and the Brainmaster can ride inside of it. The MP has a set of landing gear inside the feet, other than that, not much is different. 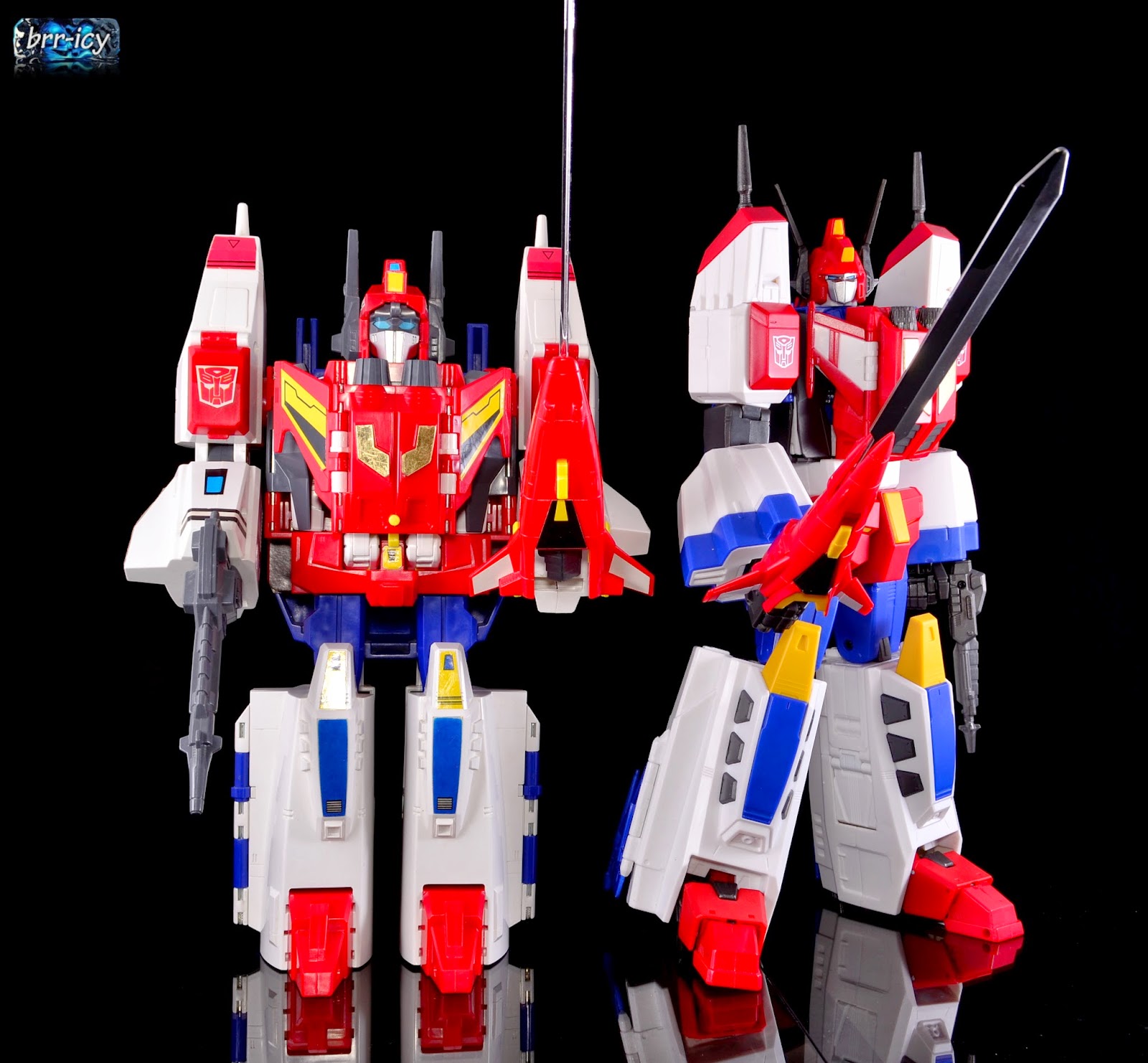 Finally Star Saber. There's of course a lot more poseability on the MP, but there isn't much difference in the transformation, frankly I couldn't see much room for improvement on that part. They even made the vents on the back of saber's jet flip around to make it more anime accurate in bot mode.

Due to the way the legs transform, they added fillers on the inner legs to improve the look, where they aren't really seen that they weren't filled on the G1. In the show, he pulled the sword out of his shoulder pegs, on the original, it was just an empty slot, where they put caps on them to match the animation. 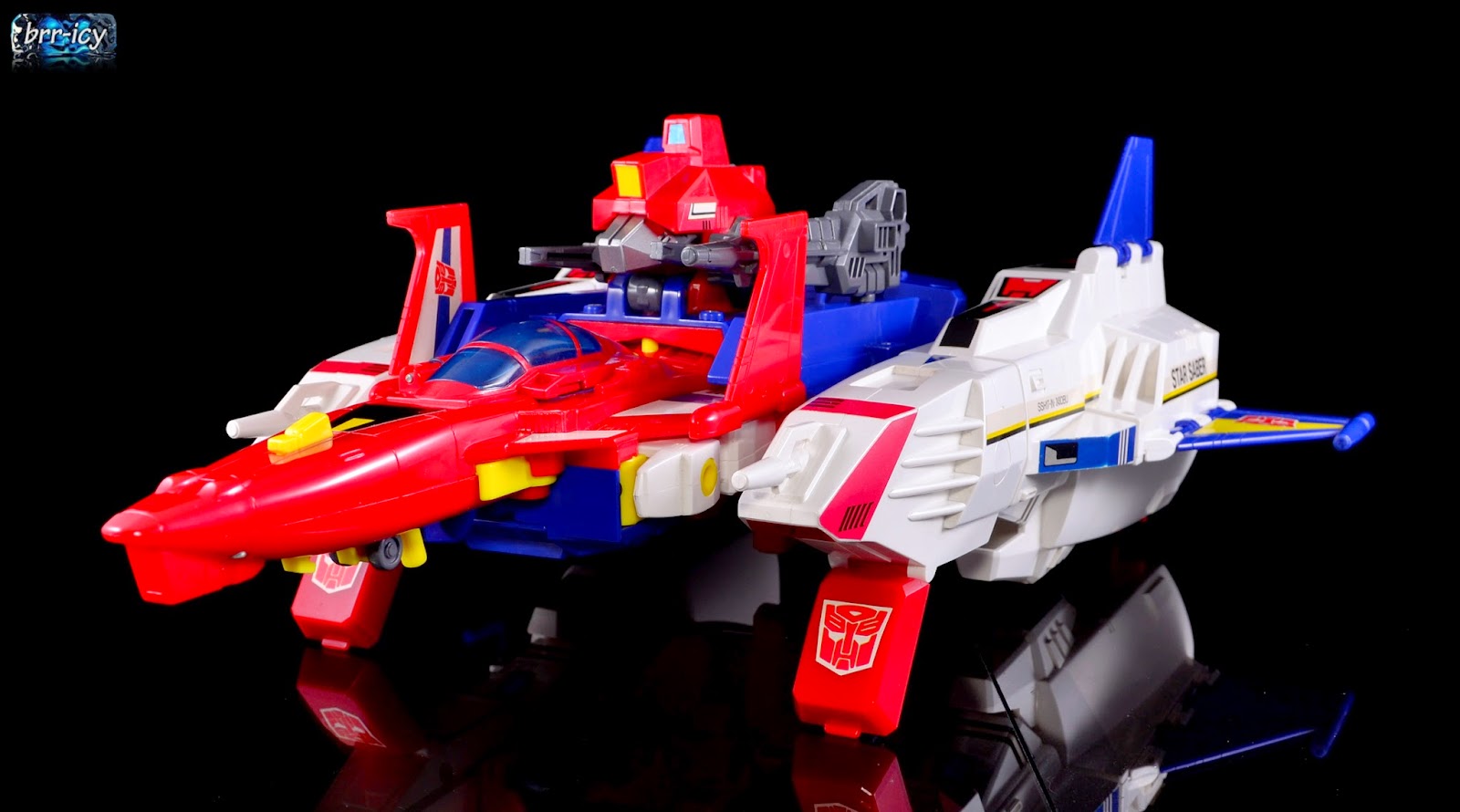 The combined jet modes share a ton of similarities, the original has just wheels on the back side of the feet, whereas the MP had the mid section of the feet unfold and quad tiny wheels flip out of it. 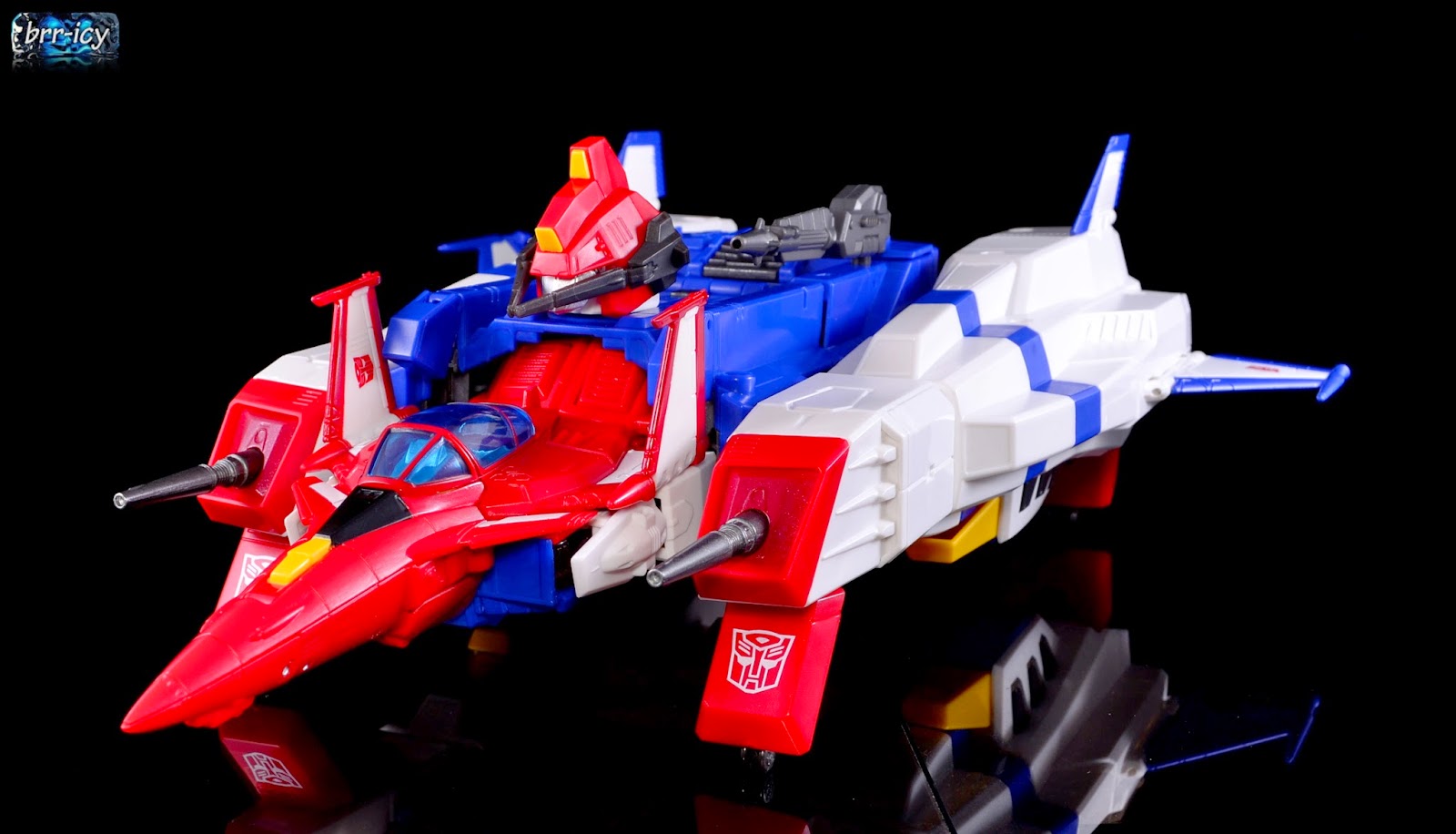 The MP even comes with a flight stand, which is nice and supports it solidly. All in all, my favorite purchase of the year so far, and the figure I was the most excited for as well. 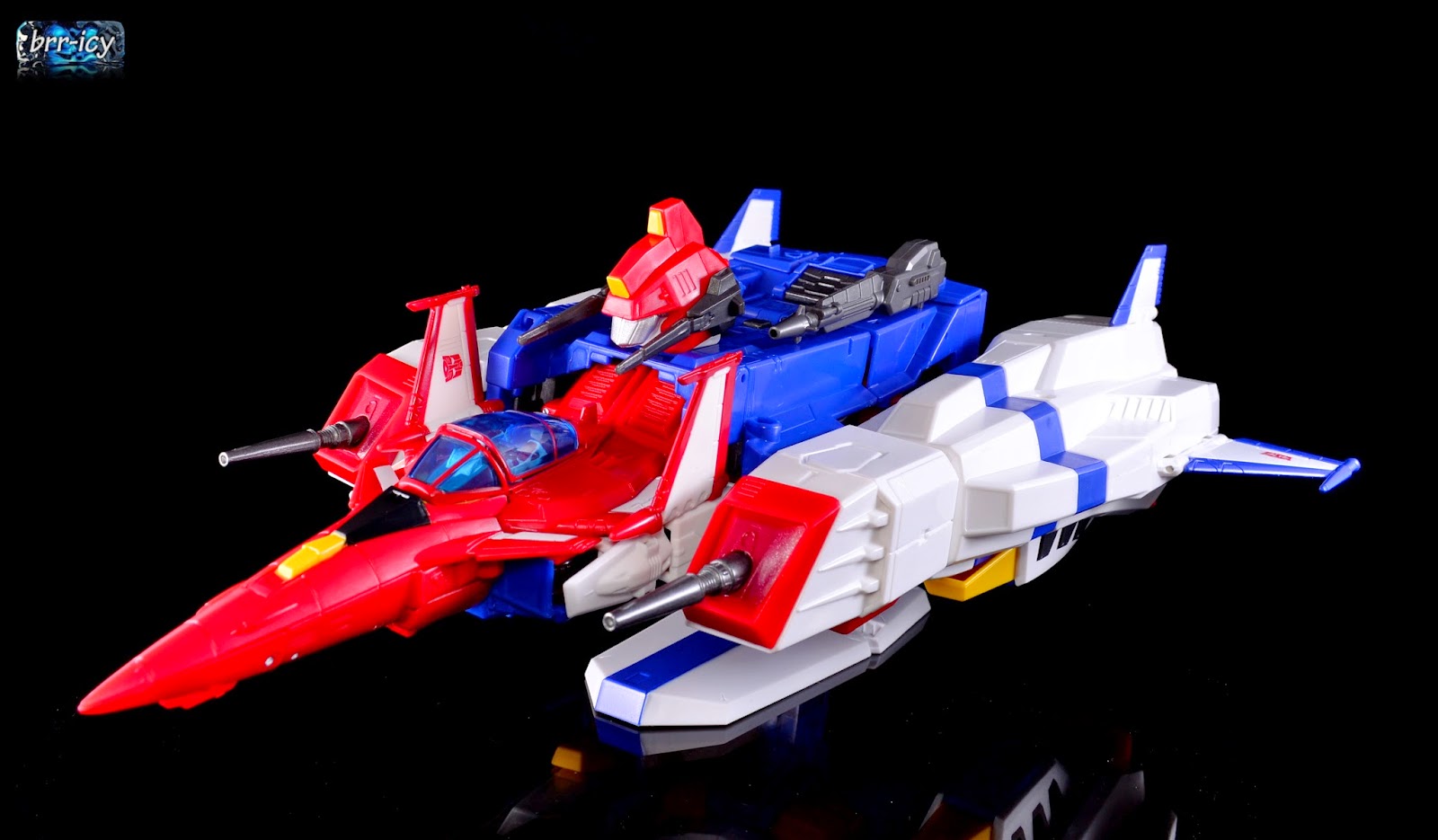