The final year of minibots, all of them remolds of the 84 set, but they did get pretty creative with it. Wheelie was already reviewed with the rest of his 86 movie brethren.

Firstly, we have Hubcap, a remold of Cliffjumper, without the spoiler on the car mode. I got him in a huge lot years ago, he was actually the only minibot I had for quite a while. 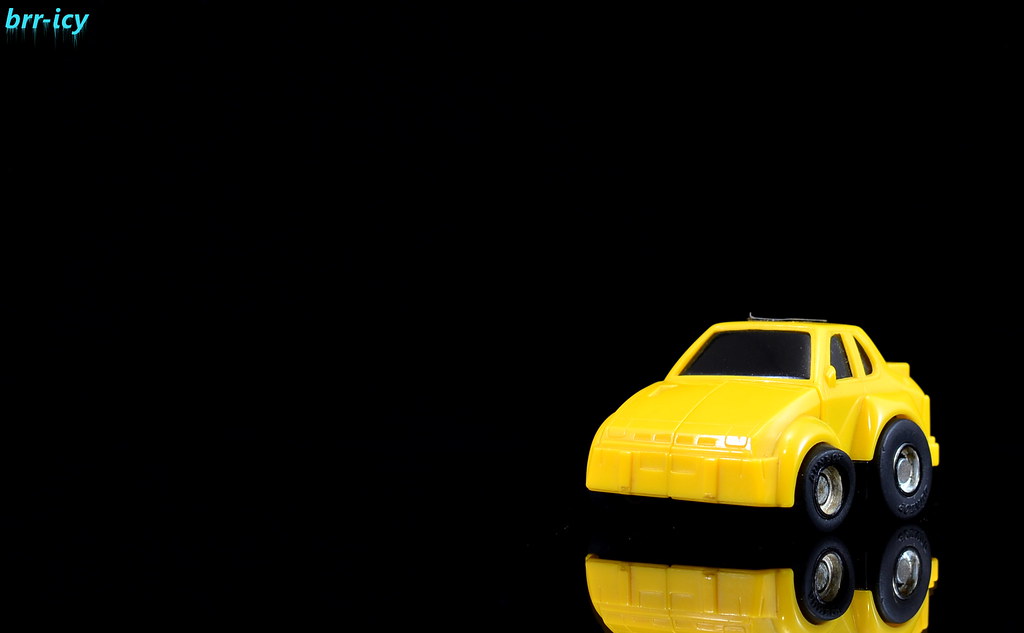 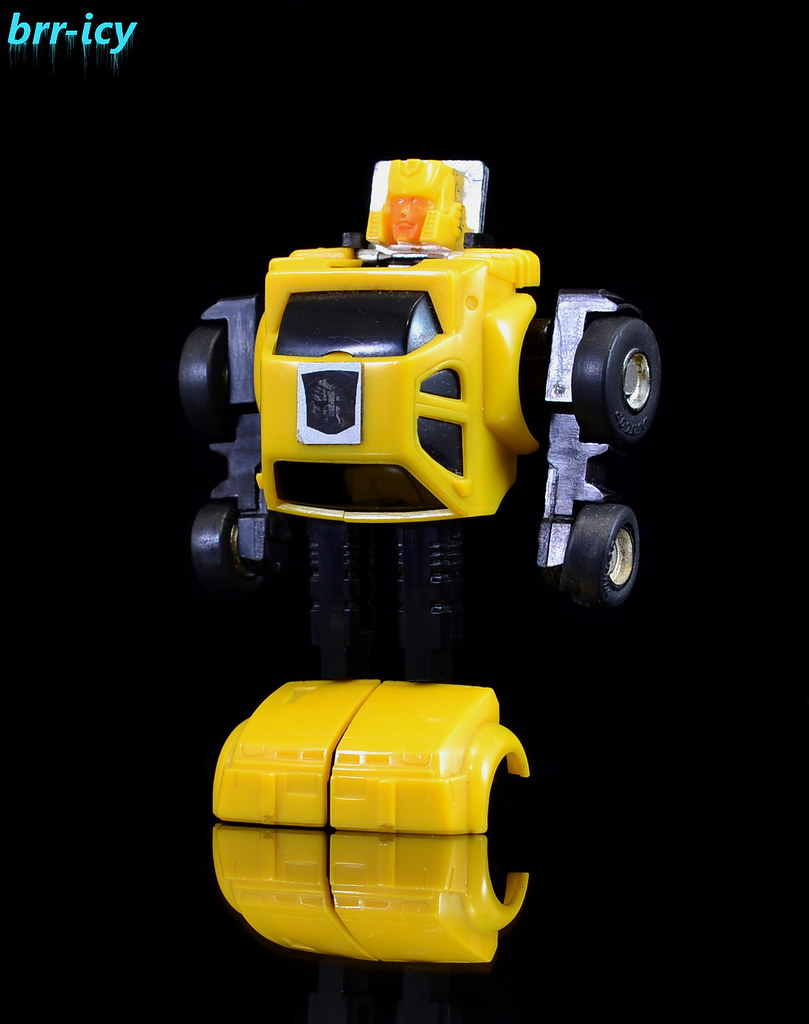 Outback is a remold of Brawn, he sports a new gun and a winch on the vehicle mode. Him and Swerve got hooked up by Turboedguy, 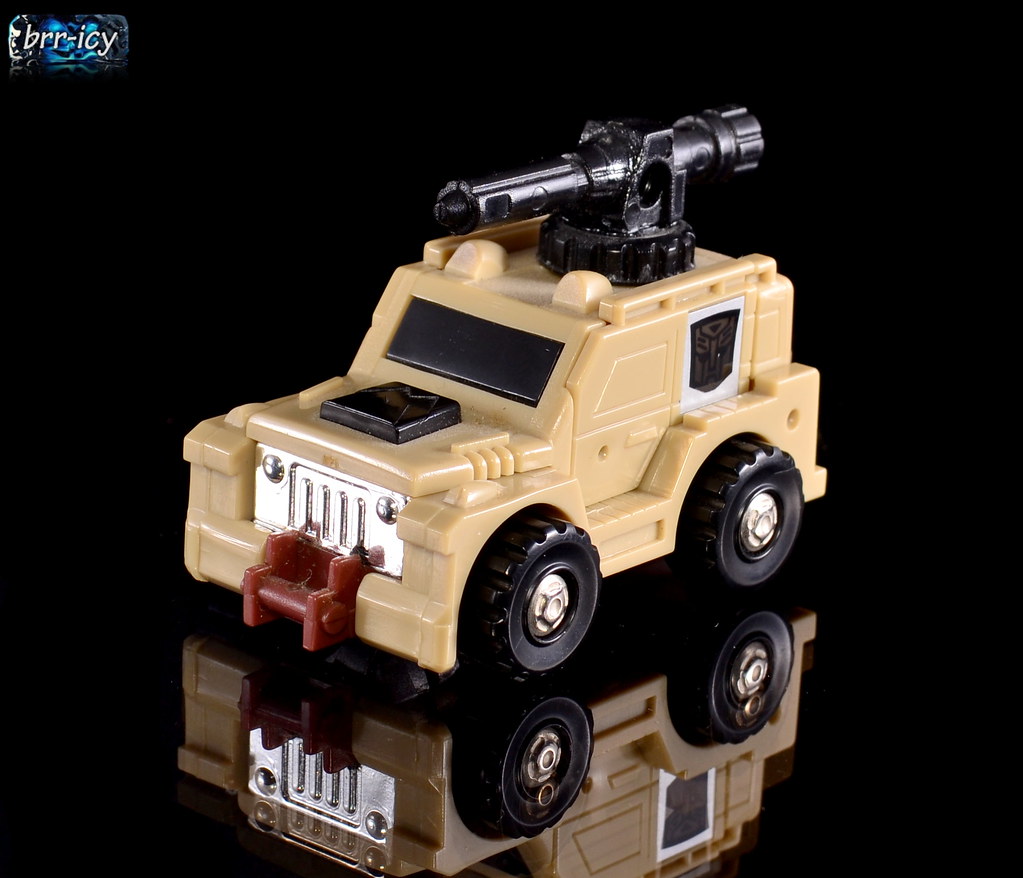 In bot mode, he sports new arms and a new torso/head. A marked improvement to Brawn's mold 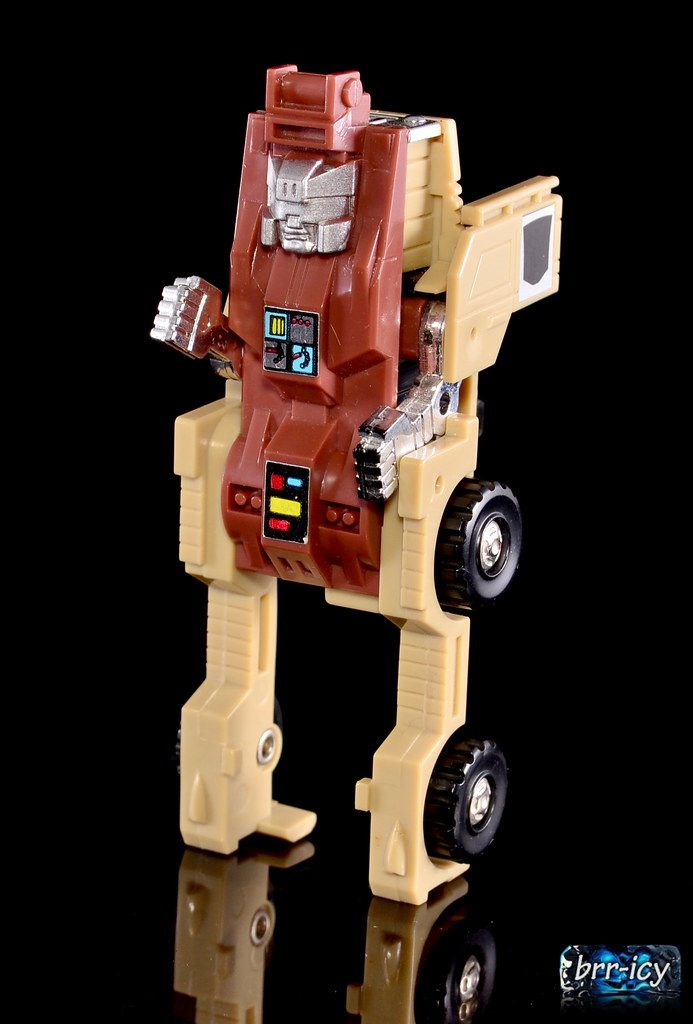 Pipes is a remold of Huffer, he gets a new front end to the truck and new pipes 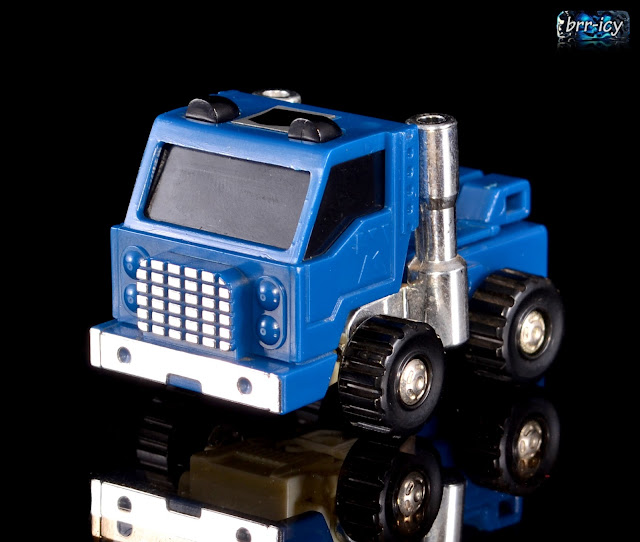 In bot mode, his new pipes make his arms different, and the head and chest has been remolded to transform in reverse to Huffer. I thought this was a neat idea. 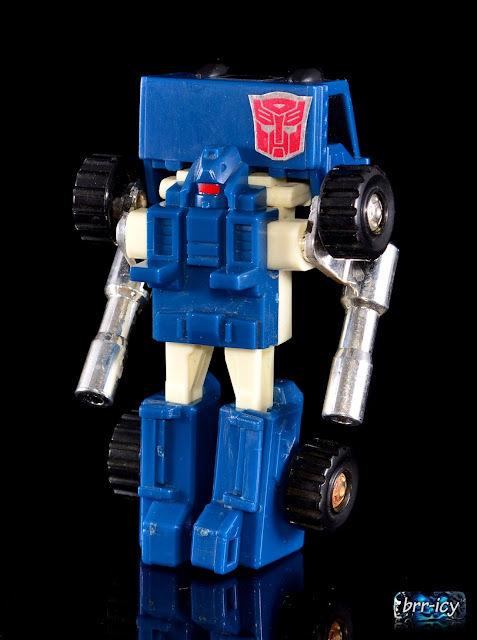 Swerve is a remold of Gears, the truck mode is unchanged. 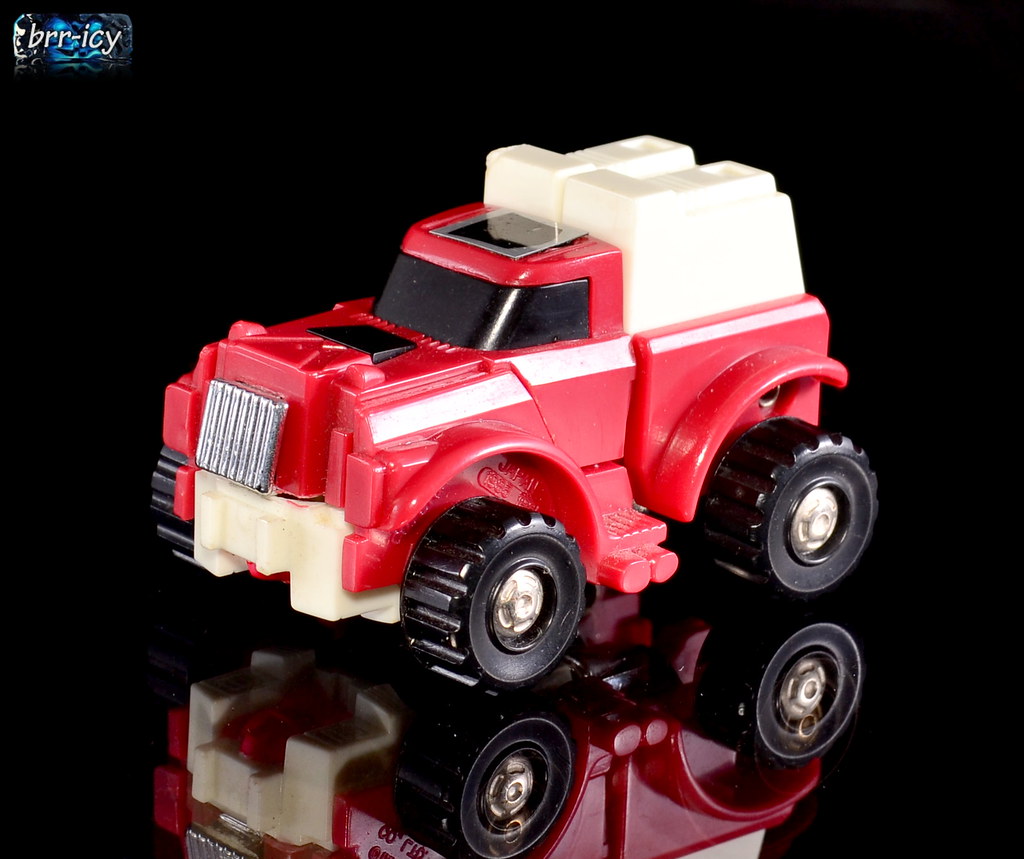 In bot mode, he has a new chest plate and head. 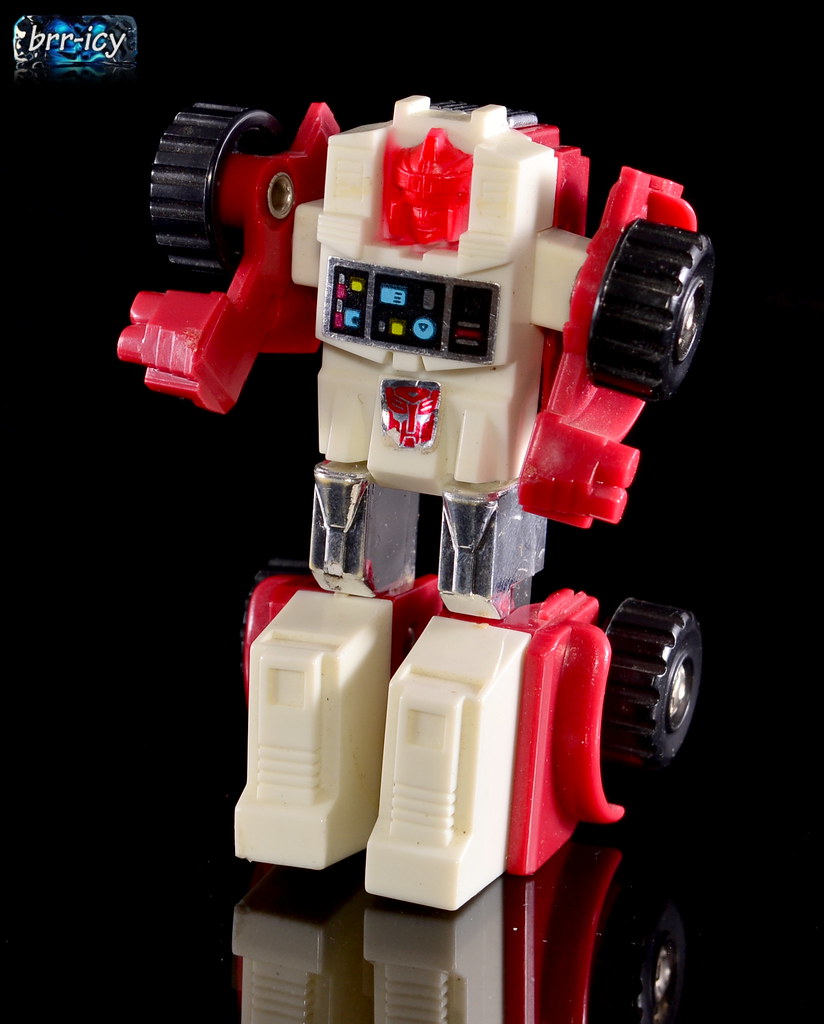 Lastly, there was Tailgate, he was a remold of Windcharger. 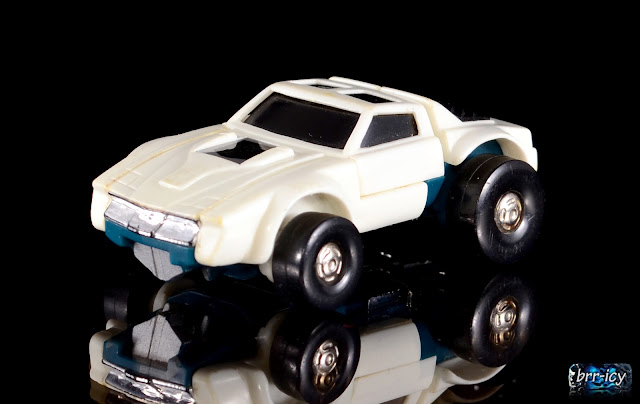 He also has a remolded chest and head like the others in the group. I picked him and Pipes up at tfcon this year to replace the Encore set's final two pieces. 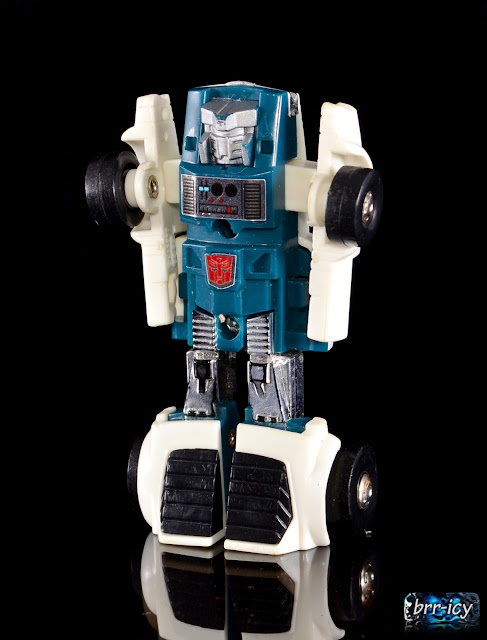