Been a couple months since I had the time to write something on here. Got a few MPs and 3p Mps.

First up is the Maketoys version of Reflector. He goes for the cartoon look which based all of them on the look of Viewfinder, two without the lens opening on the chest. The original toy had three different bot modes which were never featured outside the toy. 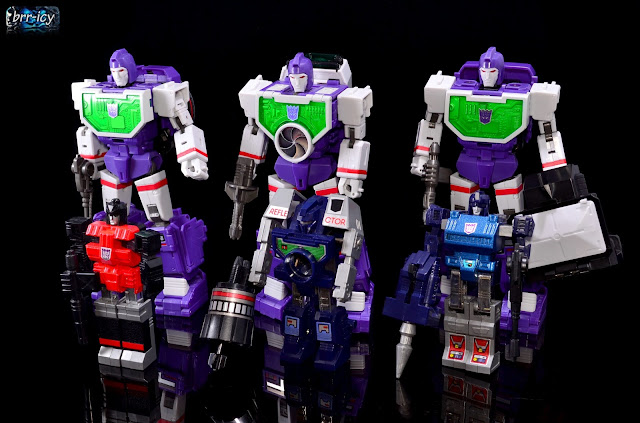 In camera mode, he is more purple than the original toy, which is accurate to the cartoon. Reprolabels did a fantastic job with this set, even making the camera grips three dimensional. The biggest gripe I have with the Maketoys one is that parts fall off, from the white pieces on the feet to the faces. He does come with alternate faces, but he never seemed like the emotional type of bot, so they stay in the box for me. 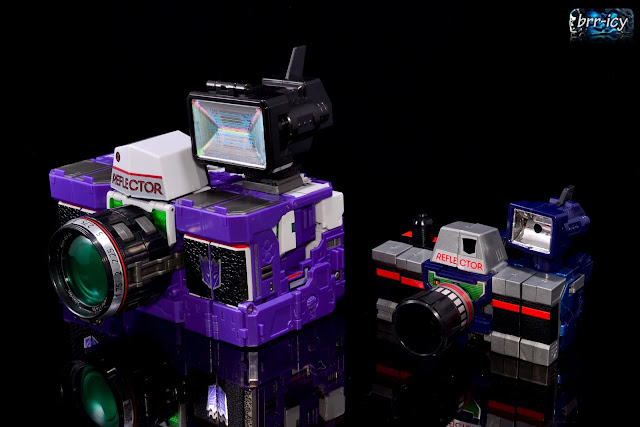 Fanstoys Grenadier is their version of Bombshell, The bot mode is amazing. They have released both this one with the purple chest area and a gray one. This one comes with a clear or solid yellow chest. This also has the new Reprolabels set on it as well. 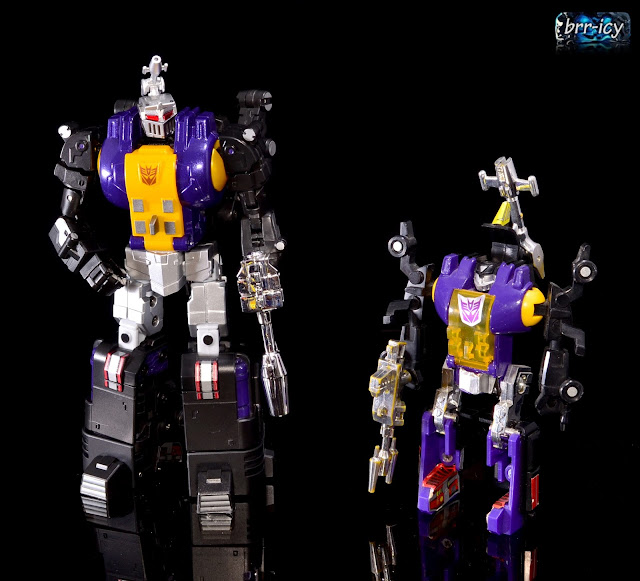 In bug mode, the Fanstoys one comes together very solidly, very happy with him other than the damage from transit, but they are fixing it even if it wasn't their fault. The bug mode is super accurate to the cartoon and original toy. 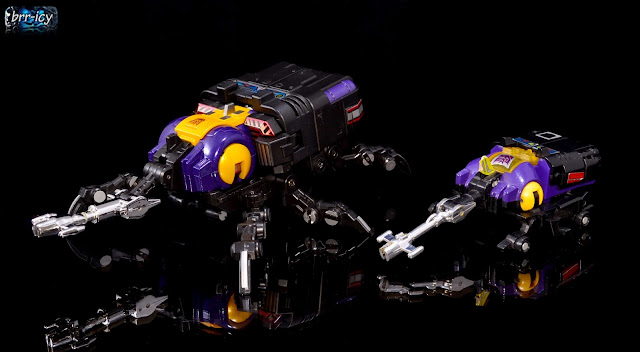 This month saw the release of Masterpiece Tracks, with a very divided fandom receiving it. I like it for what it is, but I dislike it's flaws, the backpack. I just don't find it as fun of a toy as the other MPs, nor as solid. While it may be the worst car bot to me, it's still the worst out of the best, if that makes any sense. It's not that I hate it, it was just not what I've come to expect when fiddling with a car MP. Does it look good on a shelf? Yes. Is it a figure I'll get down off the shelf to mess with? No. 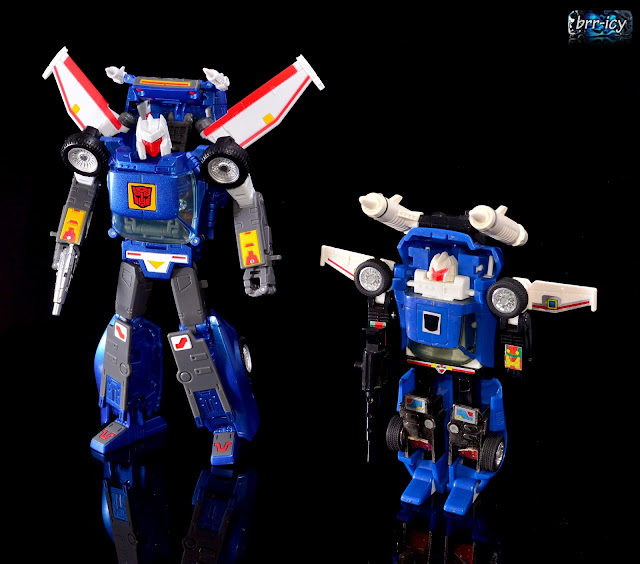 The car modes are beautiful. The blue paint on the MP just shines. The transformation has a couple cool twists, but the amount of frustrating panel massaging and tabbing that was nicely absent from the other car modes and very reminiscent of the movie bots that I loathed.

They both have the flight mode, the Masterpiece version looks great, and perfectly matches the cartoon. He was my favorite car bot from G1. The MP also came with a flight stand, mini Blaster and a Raoul figure.

Lastly, MMC's version of the Pretender Catilla. He's a remold of their Rampage figure. This also has a Reprolabels set applied, the little eye band really pops on the animal head. 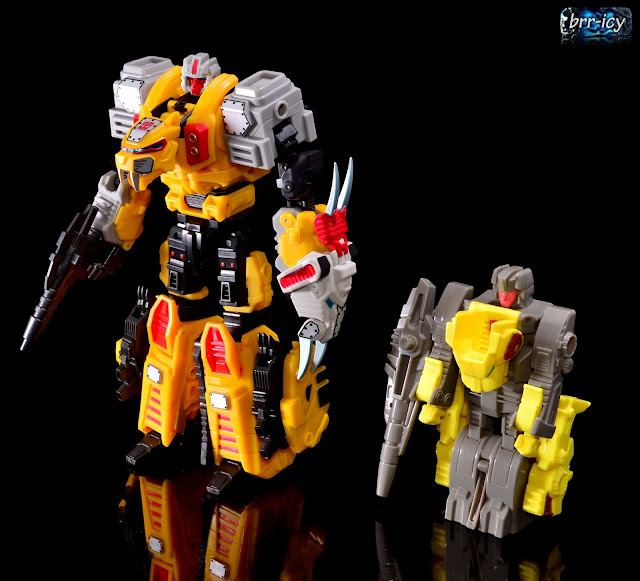 In cat mode, he is an ok representation of the original, closer to classics than an MP for sure though. 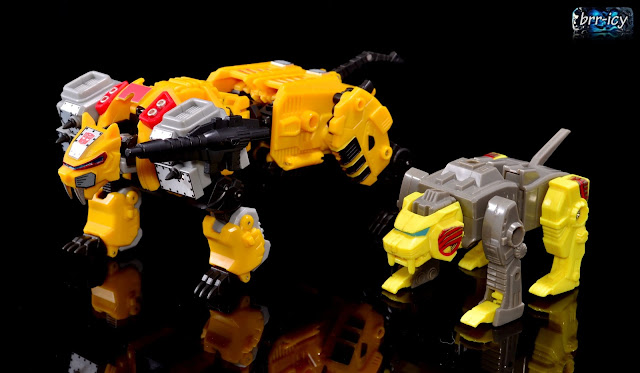 It also comes with a helmet for the cat mode that is a throwback to the Pretender shell. Not sure why it has those pointy bits on the back, but they're there. The gun is also pretty spot on the original. 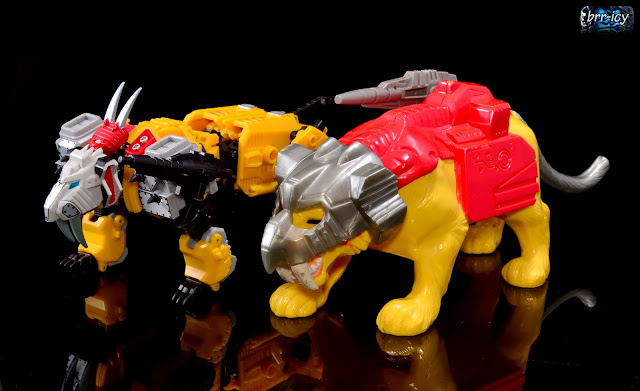