Got this big bastard the other day. I couldn't do the review before I got the Reprolabels set for it. 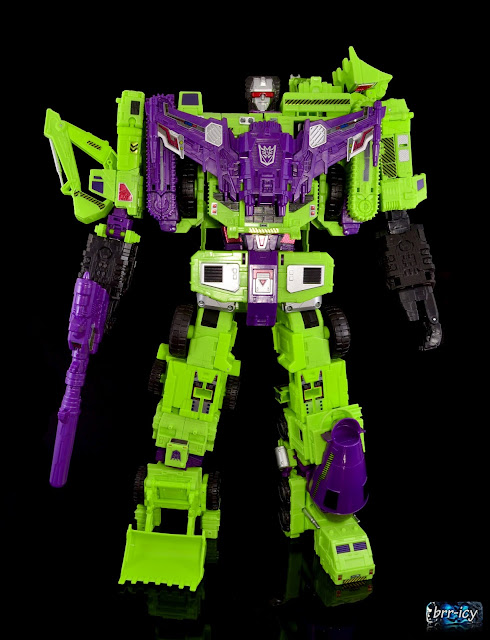 Kailin did a great job on this set. Makes the figures really pop by adding some of the details that were missing from it. I was set on skipping him until I saw the set.

The crane mode is pretty close to the original, with the dual cabs and six wheels. The original had a swiveling crane cab and an extending shaft, which the CW one just has the raising crane. 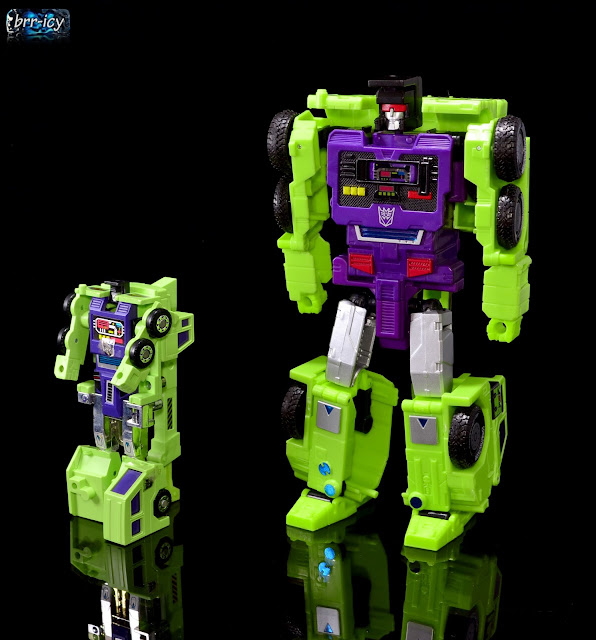 In bot mode, he's much more cartoon accurate than the original toy, one thing that really confused me was that the CW ones all have ankle tilts, when some of them don't have elbows, but the Perfect Effect set will fix that if I get it. 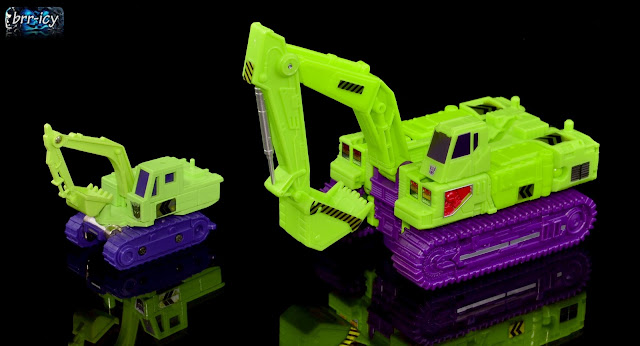 Scavenger is pretty cool, He's missing the top section swivel, but other than that, he has all the articulation in the crane that the original had. The transformation has some neat twists, you can really tell Hasui designed them. 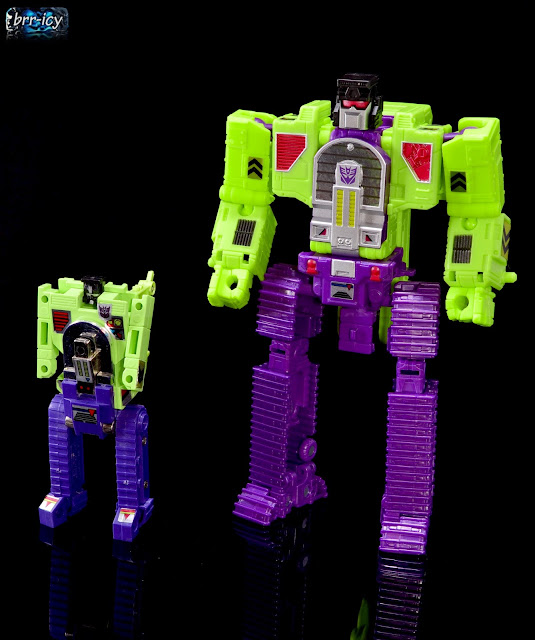 In bot mode, he's the best looking Scavenger figure we've gotten I think. I really like the head sculpts on these figures, plus the red eyes being a separate part. 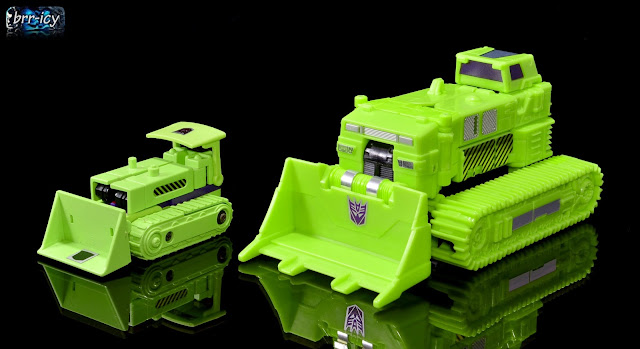 Bonecrusher gains a closed cabin from the original with slightly more articulation in the bucket. 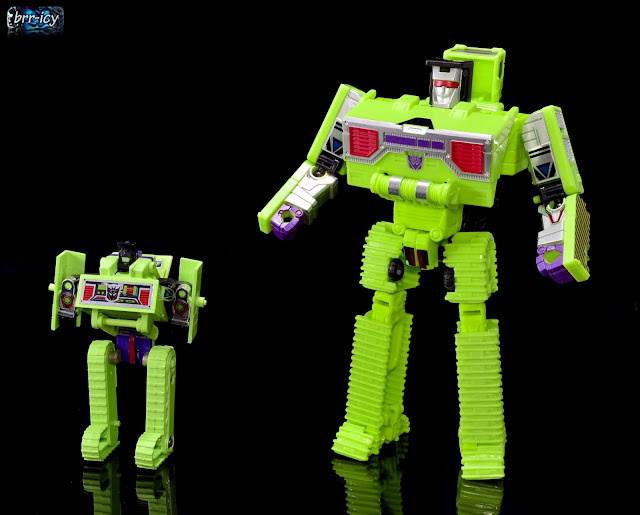 In bot mode, everything ends up where it's supposed to be. I am very happy with the end result, wonder what they would be like if they had had a bigger budget to work with. 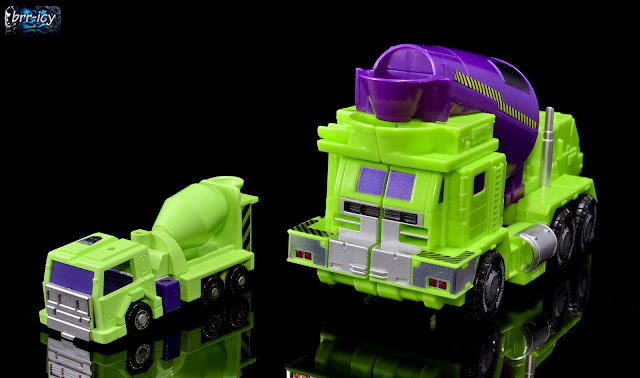 Mixmaster is the odd one out when it comes to the alt modes, he's a totally different kind of cement mixer. I think that might be a downside of listening to the fans that complained about scale haha. 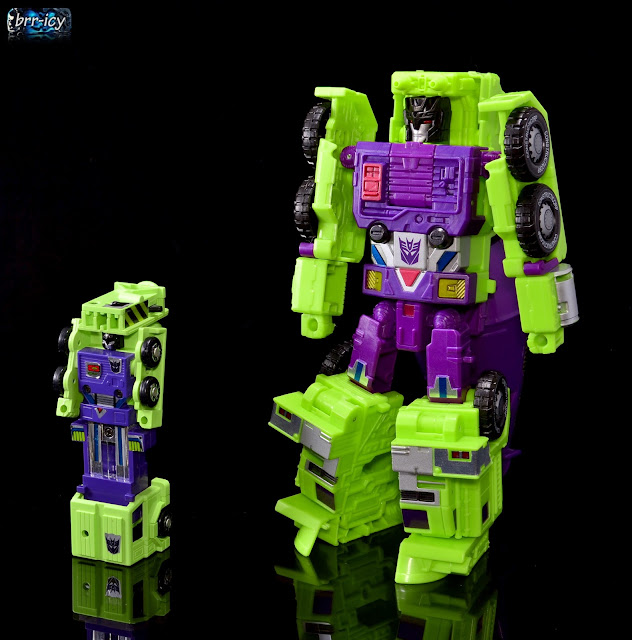 The robot mode on the other hand, is pretty accurate, and I think I could live with just a cab over the other end of the mixing truck since the actual front doesn't look too much like a cab anyways. I didn't bother grabbing the missiles for the G1 figure though there should be a pair above his head.

Scrapper is pretty nice as well, He also gains the closed cab like Bonecrusher, and there's one more part of articulation in the bucket thanks to the transformation. I love all the little lights that were added with the Reprolabels set, they were a pain to apply, but they look good once done. 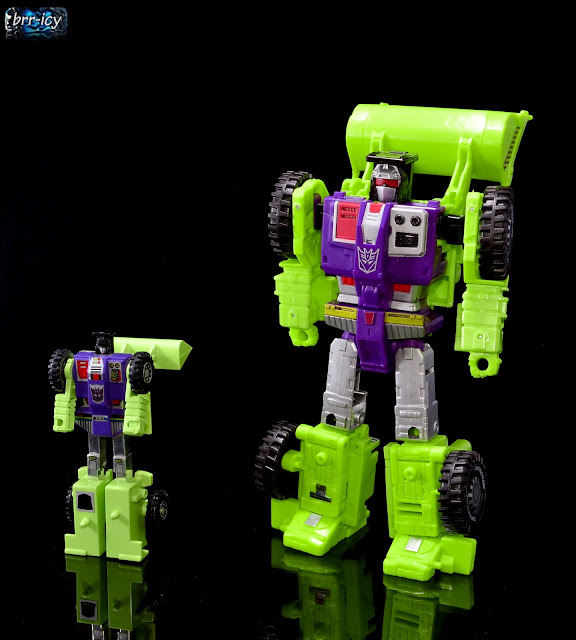 Scrapper utilizes the shin peeling like MP Sideswipe for his, which was a nice surprise. i like that a lot of the G1 details are painted on as well, with what's missing being added with the labels set. 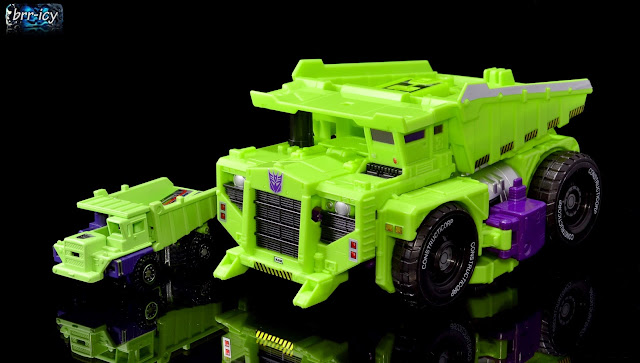 Long Haul is huge, the vehicle mode looses a lot of it's "Big Green Block" look once you add the labels with the sides of the bucket and all the lights and caution stripes. 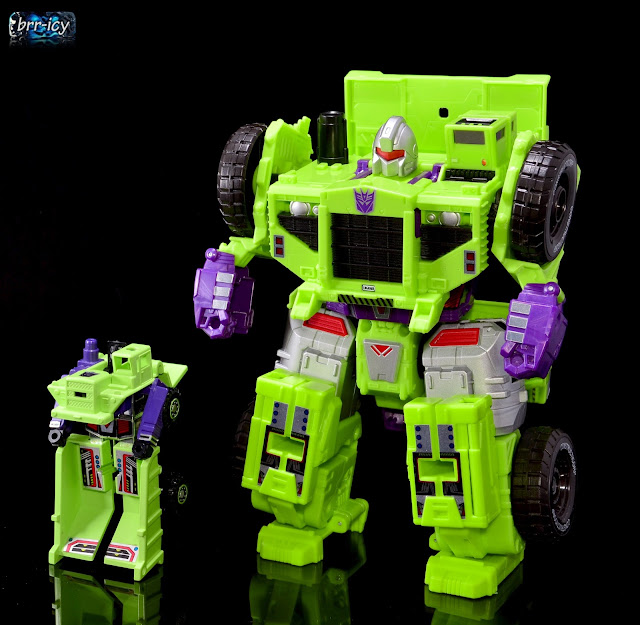 In bot mode, he's a lot bulkier than the original, but at least with the labels it kind of makes his legs seem less blocky. He does have the combined mode crotch hanging off his ass, but that's it for the individual members. 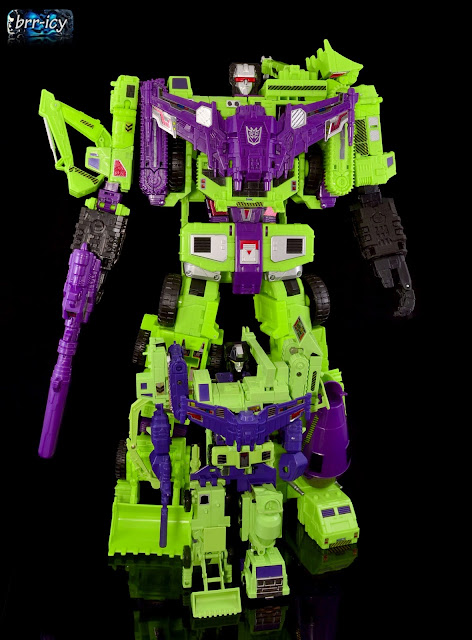 The original had a bunch of parts to combine, like the head, waist, and leg connectors. they do lose their "attack modes" but they do gain the ability to use each part as a weapon including the two sides of the wing. There's only three add on parts for the Combiner Wars Devastator. the forearms and chest wing. If you're not too fussed about the elbows on the two figures (or are getting the Perfect Effect set/Takara version with them) he's pretty good. I like the looks of it behind the MPs, covering the club foot.

Pretty certain my MP collection is going to have to move in the next couple months. Not sure where though.
Posted by Brr-icy at 16:29