After a long hiatus, I felt like I wanted to post something. I have a couple other things to post soon too. I picked the last of these up just a week or so ago finally completing my set of sparking figures.

These guys are a candy coloured set of four. two of the original molds did not get reused in this line. Cindersaur and Guzzle, which is unfortunate, I would have liked to see a jolly rancher looking tank haha.

We'll start with the Autobots. Fizzle's repaint is named Blaze and is translucent blue with green bits. 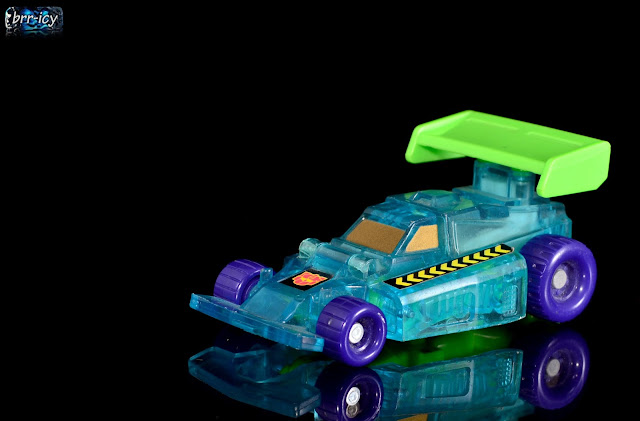 He gets nifty new labels with the G2 symbol and some hazard stripes. This is probably my favorite mold out of them all. 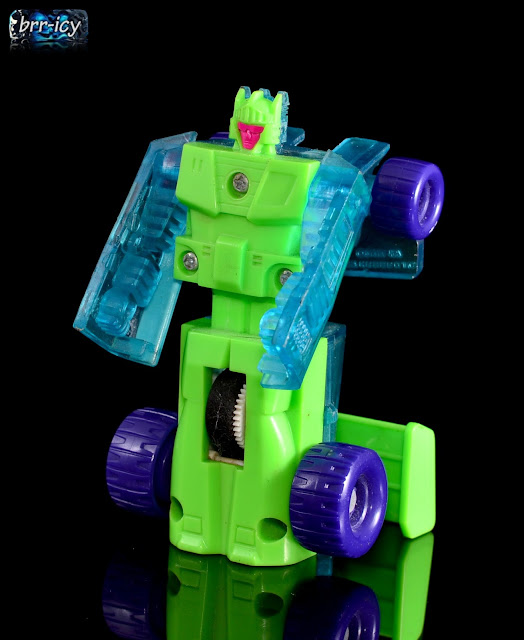 In bot mode, he's very green. there's not a lot to his transformation, but it's effective in getting the look they were going for. 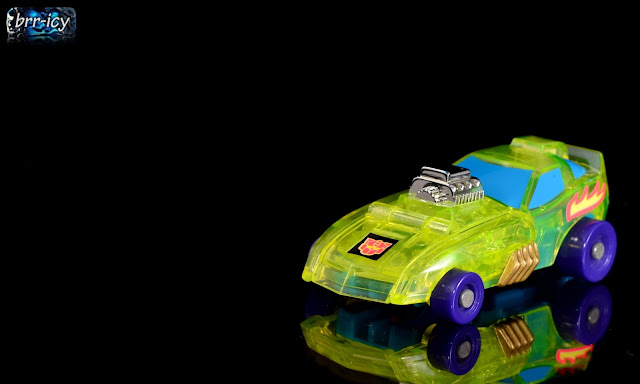 Sizzle's repaint shares the same name and is an apple green translucent plastic with the G2 logo and flame stickers on the rear. 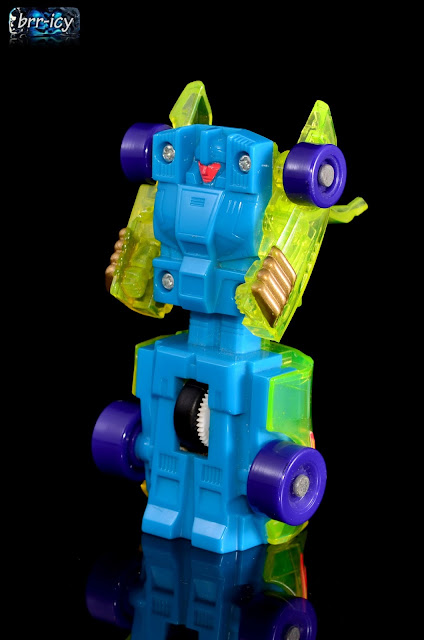 He has a very blue underbelly in bot mode. I don't know why I enjoy the purple wheels so much. 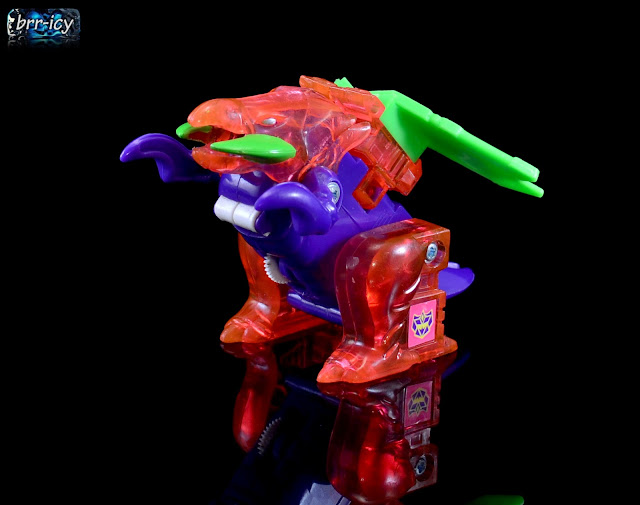 Sparkstalker goes by the same name and is a translucent pinkish red. He gets some shiny new wing stickers and the rubsign area filled with a G2 con symbol. 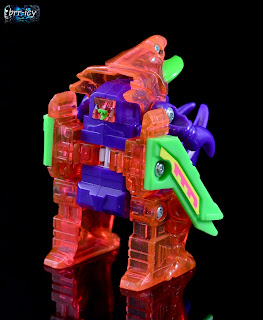 In bot mode, he's just as bad as the rest of the firecons, but the translucent face and green accents really pop. 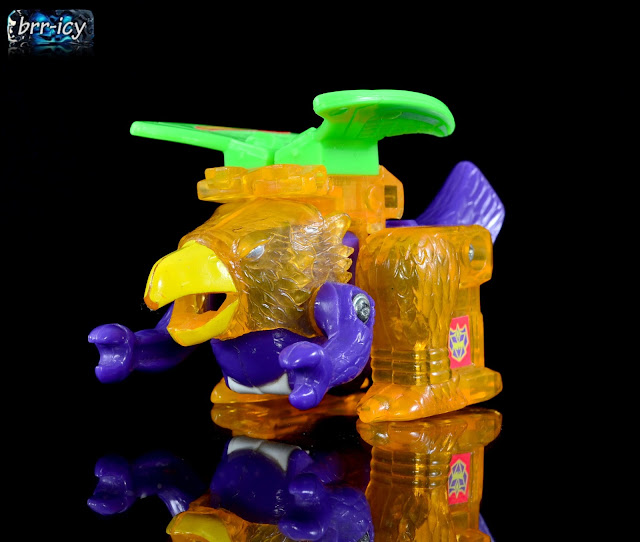 Flamefeather is the final of the four that got released, he's a nice translucent orange with purple and green accents. 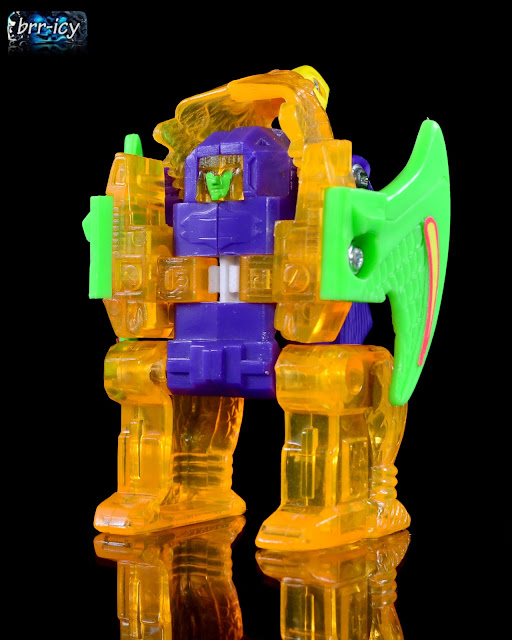 In bot mode he looks great. The stickers on his wings are the main stickers that they added for this release.

I love how the purple and green tie both sides of the team together. 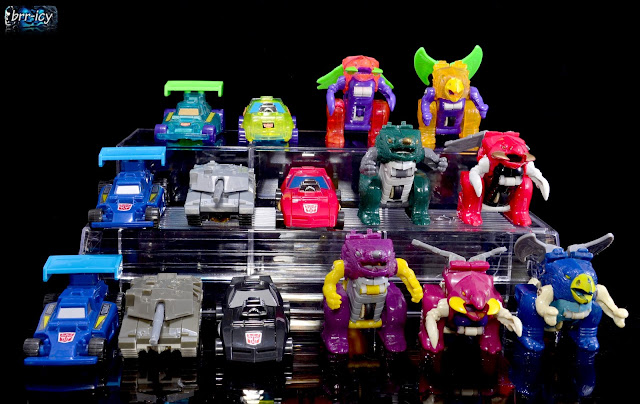 Finally getting the set all together was a mission and a half, after four years, it's finally done. 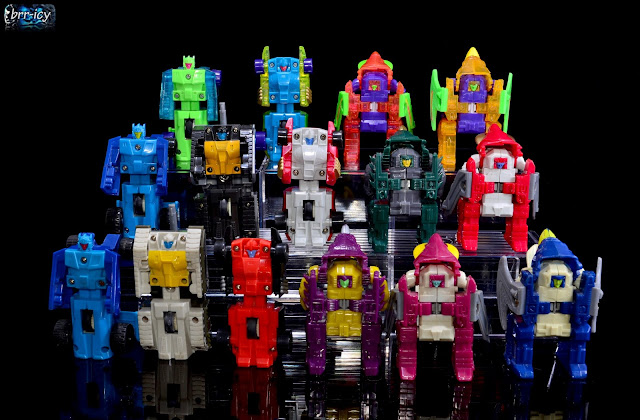