I recently traded my Landcross reissue and Plastique Freak was kind enough to let me keep my reissue to do this review before I shipped it. 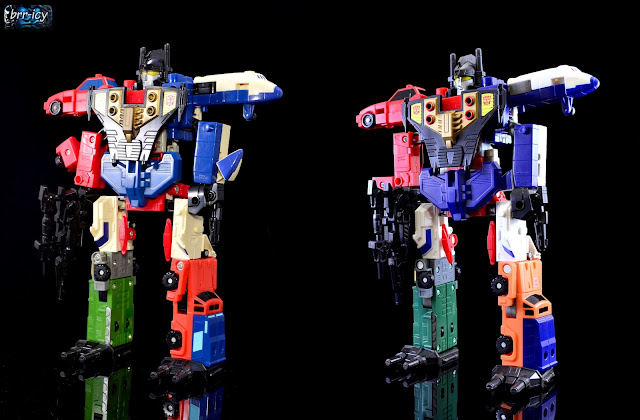 In combined mode, you can see that the blue is darker on the reissue, the accessories are slightly grey and there are red chrome circles on the chest plate. There are numerous other differences on the individual bots that we'll get into now.

Mach I have the Chinese and Japanese vintage pieces, so I'll toss them both in, some refer to the Chinese versions as a reissue, but with how close they were released to the originals, I think of them as their release. The reissue is on the left, with the Chinese in the middle and Japanese on the right.

You can see that the reissue has gray thighs/sides and an autobot logo on the side of the vertical stabilizer along with having pins in the figure's shoulders instead of screws. The only differences from the Chinese version to the Japanese is the paint is slightly lighter on my copy, (might be a QC problem.) and that the blue is between the reissue and vintage shades. The reissue also has a more detailed face with the eyes being painted separately. 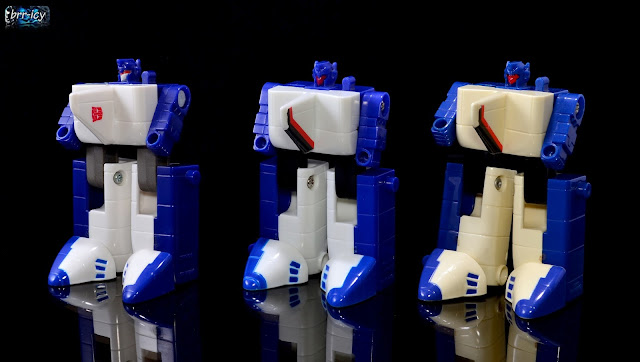 You can see the stamps here, the reissue and Chinese share a made in China stamp while the Japanese one is made in Taiwan.

Tackle is the only other one that I have the Chinese version for. He's pretty much identical to the Japanese one with only the stamp difference. The reissue has lighter orange, gray thigh pieces, and lacks the window detail on the side of the cap while it does gain a tampoed Autobot logo on the hood instead.

In bot mode the only differences is the stickers, and the face paint again, which is a trend for the whole reissue set along with the pins instead of screws for the shoulders. 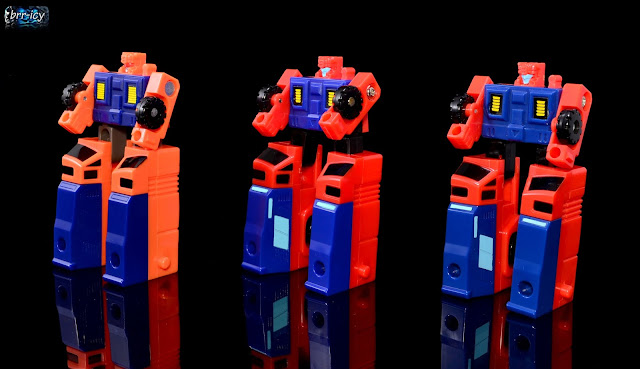 Waver has a lighter blue for windows, tampoed bot logo, and gray connector bits and thighs.

In bot mode, the face paint and stickers are different as well. 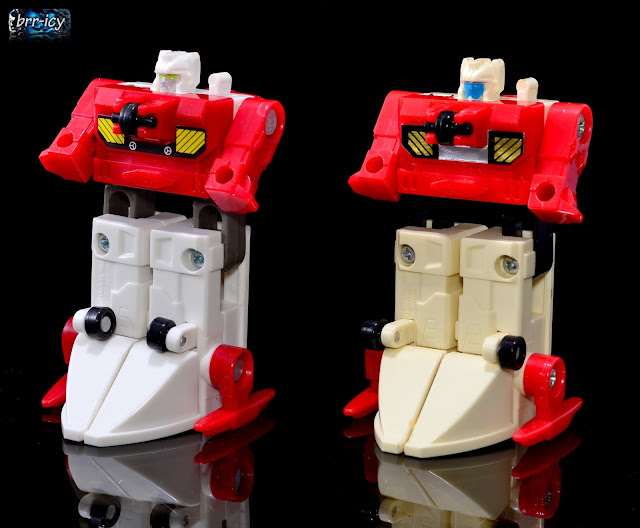 Wing has a black canopy and a tampoed bot logo on the vertical stabilizer. The gray has also been turned silver.

In robot mode, besides the regular gray thighs and facepaint, they've painted his chest and done away with the sticker. 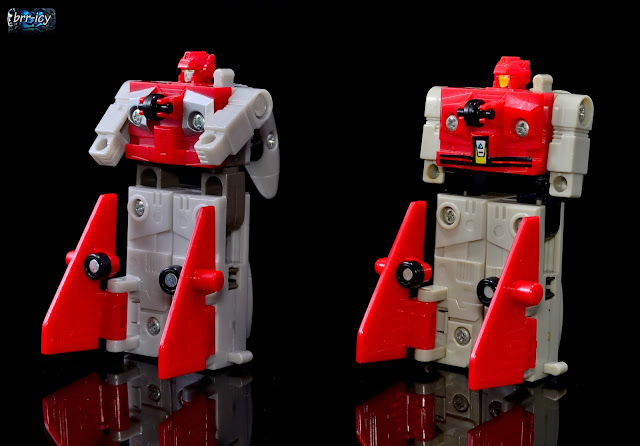 Tacker looses his very fitting olive green for a forest green shade, the gray is also darker as is the gray on the painted treads. Autobot logo added just in case you forgot they were.

In bot mode, there's only really the facepaint and shoulder pins. 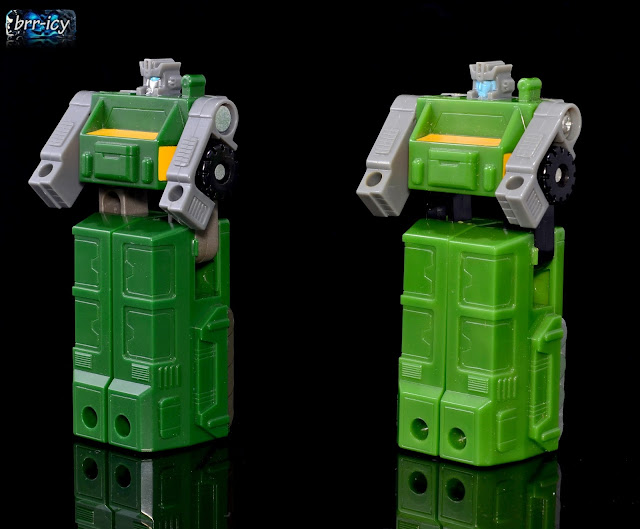 Dash has black windows, gray thighs, darker red, and a bot tampo added to his roof.

he gets the typical face paint change, and new labels. 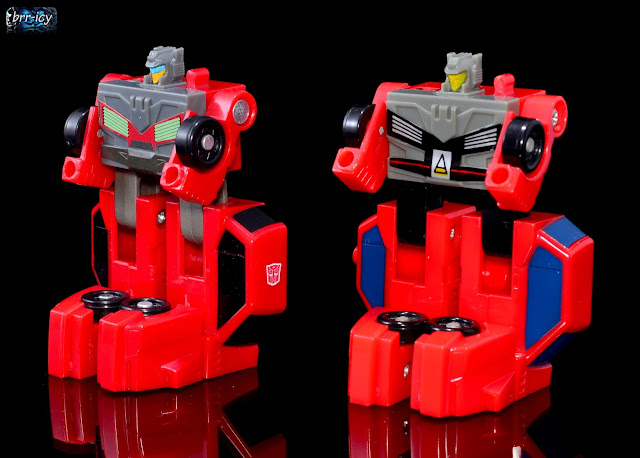 Hope this quick review helps when trying to identify whether it is a reissue or vintage.
Posted by Brr-icy at 13:27