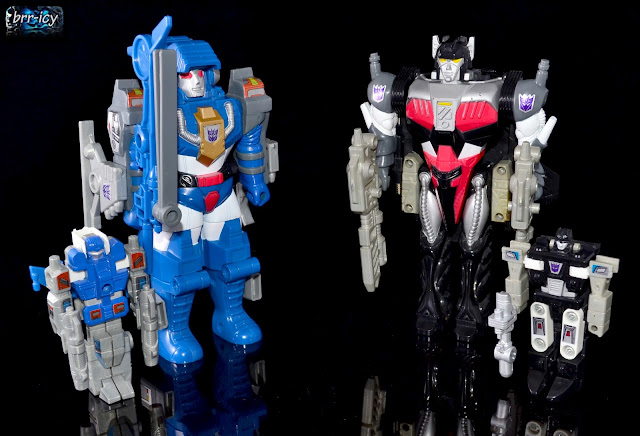 Been a long time since I had something to post on here. Pretty excited to finally have these two.


Blue Bacchus finally arrived a couple weeks ago so I retook the photos for the article so they are both legit. They are space pirates in Victory. These two have been some of the most difficult for me to track down, and the final two I needed to finish Victory. We'll start with Blue Bacchus. 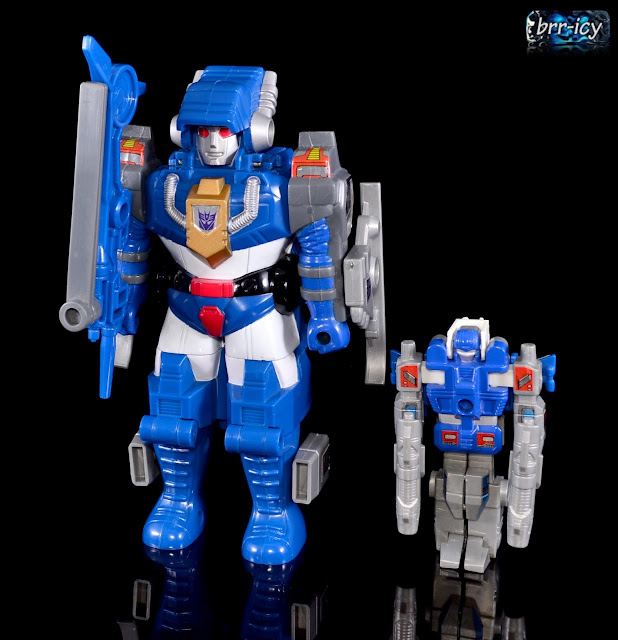 Blue Bacchus is a remold of Crossblades (seen here with his subgroup mates: http://brr-icy.blogspot.ca/2014/02/mega-pretenders-thunderwing-vroom-and.html ) The only parts that were remolded for this release was the head, thighs, and chest of the shell. The rest is the same as Crossblades. He is much more robotic than his mold mate on the shell as well. 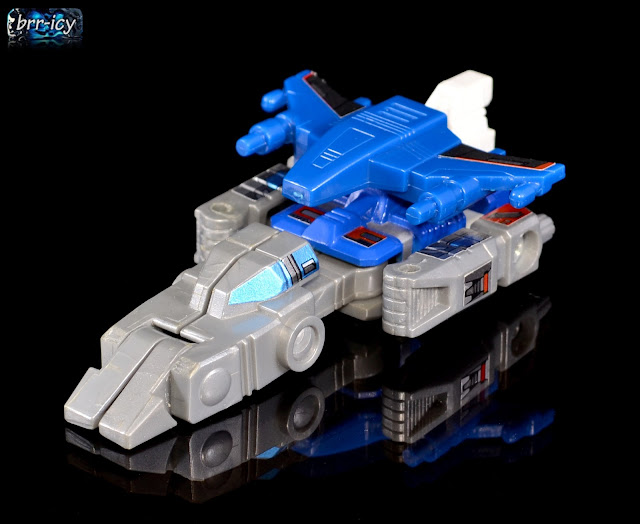 The small bot turns into a small jet. I don't see the dragster that it's said crossblades turned into and will continue refuse to believe it. 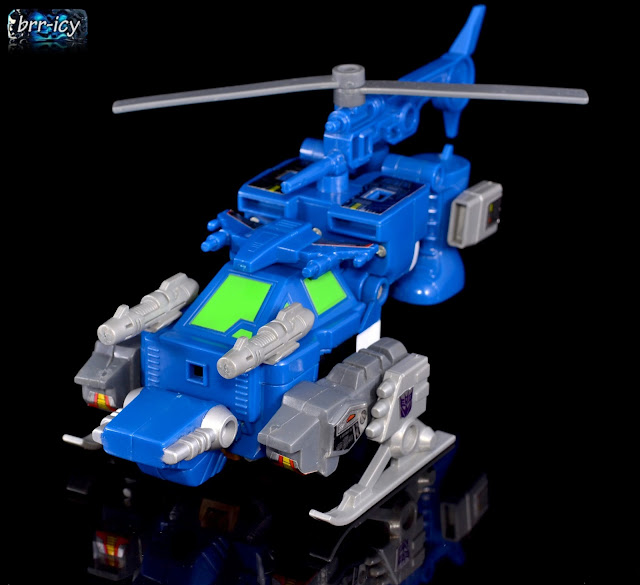 The shell retains the "helicopter with army boots" mode that Crossblades had. I really prefer this colourscheme over the drab colours though. 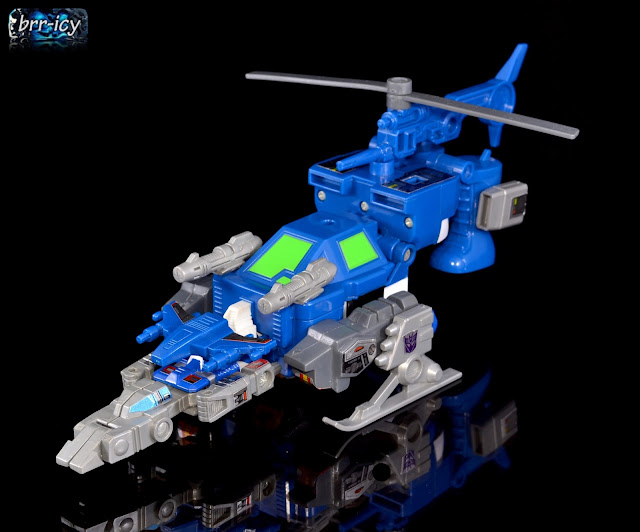 The helicopter and jet combine into a larger helicopter and is actually quite nice other than the army boots hanging off the back. He took quite a while to track down, but was worth owning him after all is said and done. 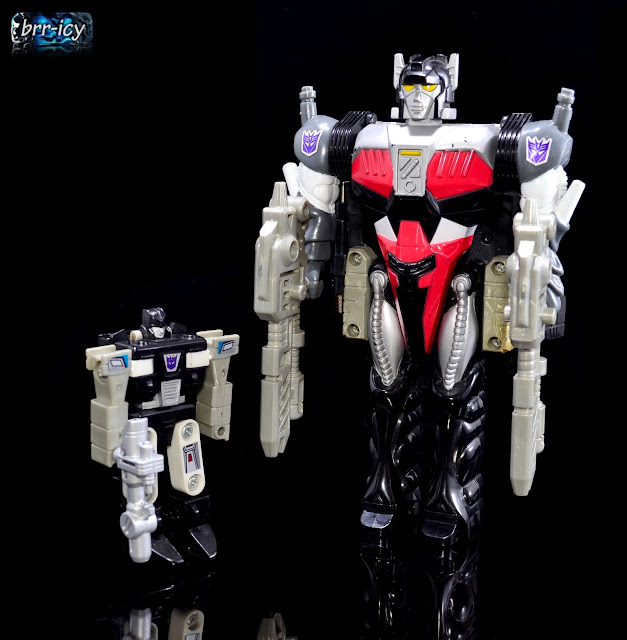 Black Shadow is almost all legit, just the small gun is a repro. He arrived today, I am more than pleased with owning him as I haven't even seen one in person before. I really like the colours on him. I thought about editing the pic to get rid of the slight discolouration, but decided against it. He is a remold of Thunderwing, with only the chestplate/head remolded to be more robotic. 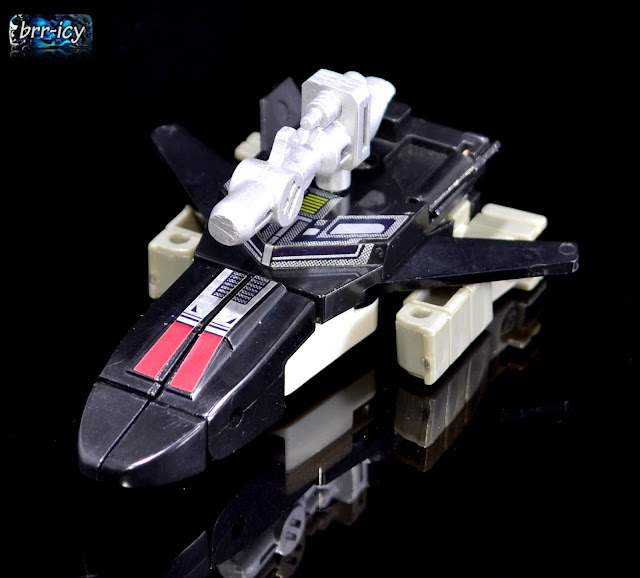 The small bot turns into a jet like Bacchus' Pretty neat little thing for it's size. 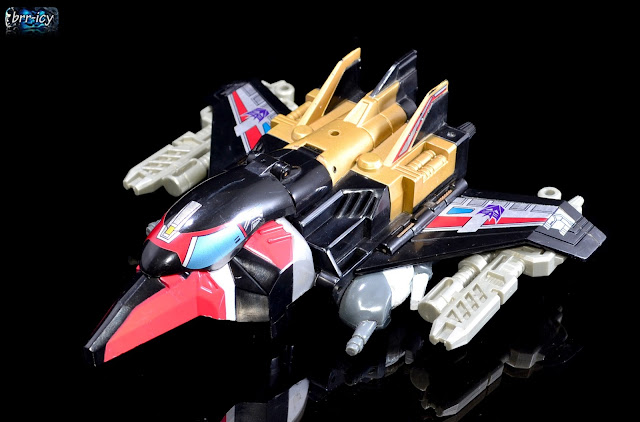 The shell also turns into a jet, not too bad, but has a bird feel like Thunderwing's bigger jet mode as well. 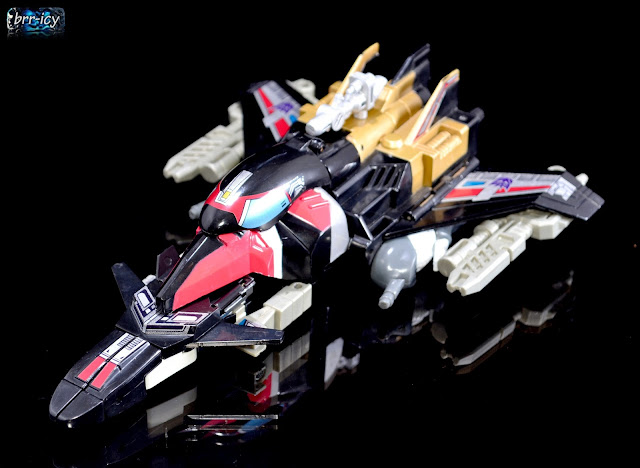 But combined, the jet mode really shines. Probably the best looking of the Pretenders by far. Both him and Thunderwing, but there's just something about black and red that pops.

Hope you enjoyed a look at these two rare pieces. I got the repro parts that I had used on the Bacchus custom from spurtreynolds1984 on eBay.