Just got this guy in the mail, it was my birthday present to myself. I was pretty excited to get my hands on him. 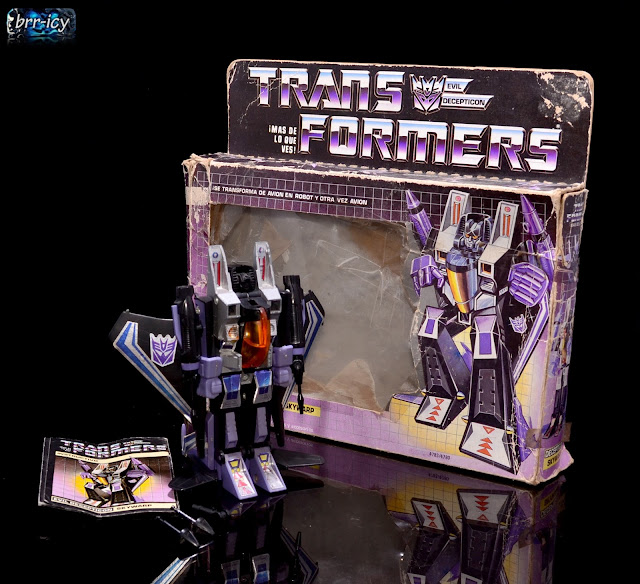 My wife's brothers had him as a kid, but unfortunately when I went down there, they couldn't find it. When he popped up in the BST, I had to get him, especially when my wife showed me this picture of her as a baby with a Skywarp her brothers said was bought in Mexico when they were younger. 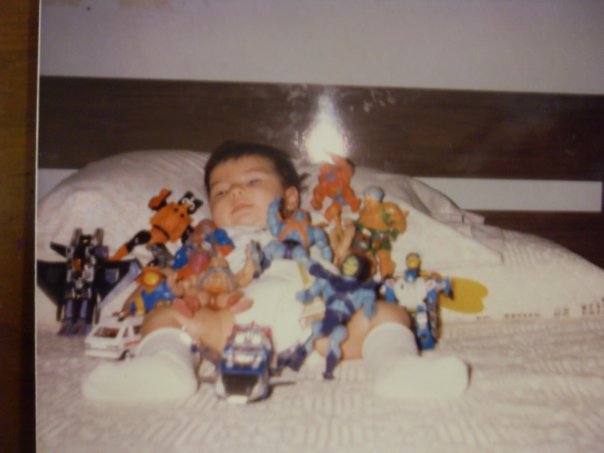 I'm really curious where that Ratchet came from, if it was a South American variant or just a regular Hasbro release, I guess I will never know. 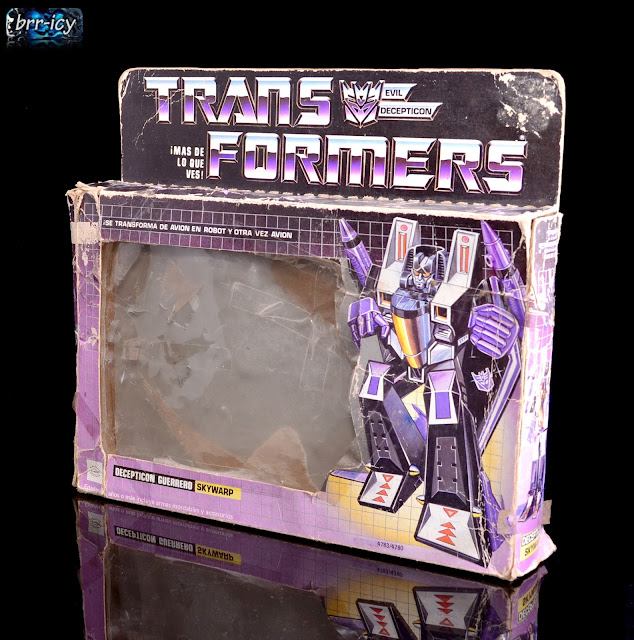 The box wasn't even listed in the sale, it's hard enough to find a Skywarp, so I was pretty excited when the seller said he had the box, no matter how rough it is. I did a bit of TLC on it before taking the pic, but it's pretty close to how it came. I'm waiting on a bubble to get here so I can put him in it for a better pic. You can see the IGA logo and that most of the writing is in Spanish. 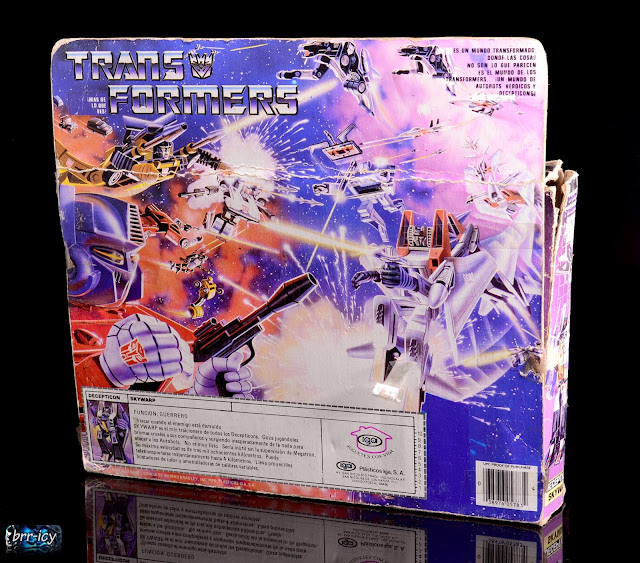 On the back it still sports the 84 fight scene artwork, but it's missing the techs and the bio is in spanish. 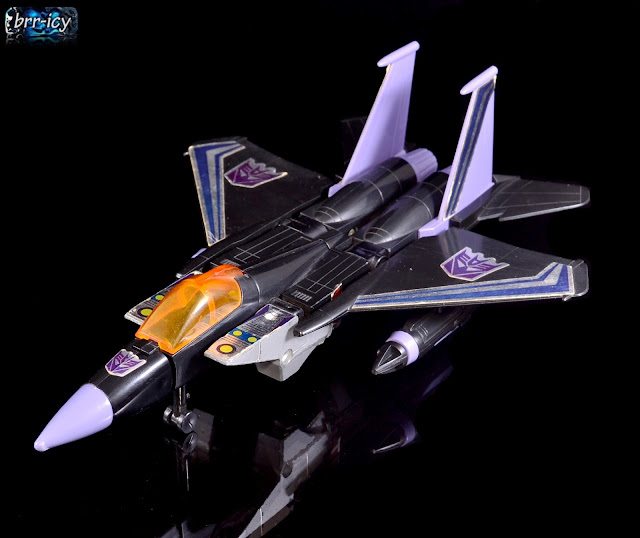 You can see the major differences here with the purple hard plastic nosecone that matches the pics on the box of the figure kind of like the Canadian Slag, which is another reason why I had to get him. I really like the look of the purple nosecone, it breaks up the black a little better. The landing gear are all black plastic instead of metal on both the front and the heels. 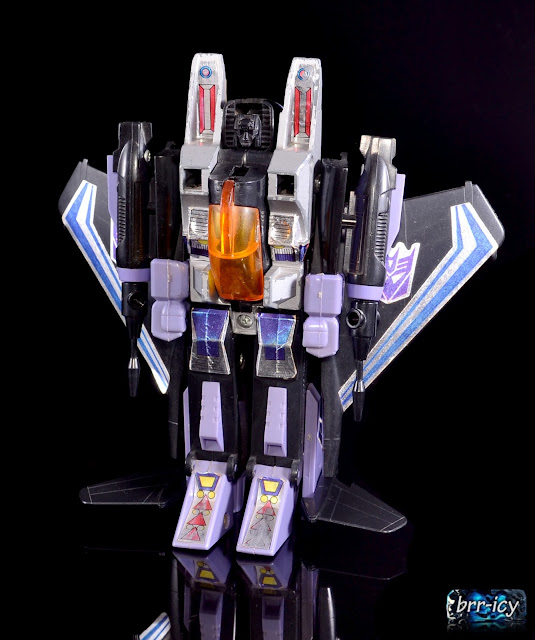 I don't know if it's just my copy, but the plastic's finish isn't quite as glossy as a regular Skywarp, and the mold lines are a lot messier on him. I did notice that the wings are the solid type like a prerub Skywarp, but the pegs on the wings are long instead of short. The launchers are also a lot stronger than a regular version's as well. All in all, I'm pleased with him. 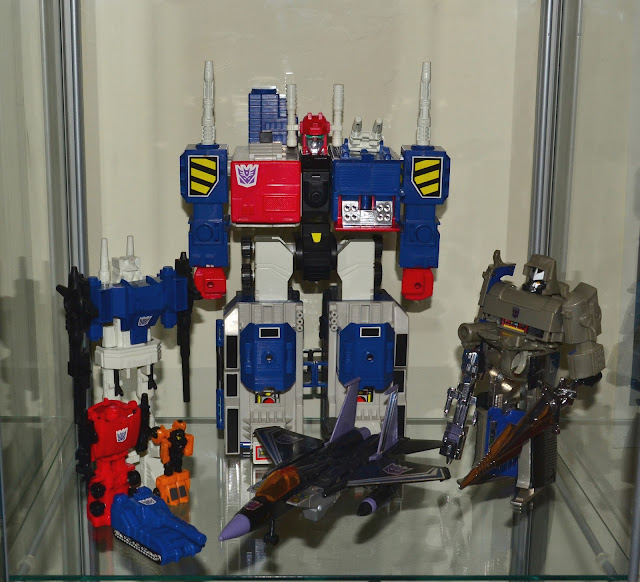 He can live with #16 Megs and Metrotitan for a while until I decide to rearrange, but I think he'll stay in jet mode to get a nicer view of the purple.
Posted by Brr-icy at 10:19