Haven't done one of these in a while. These are some of my favorite recent purchases. 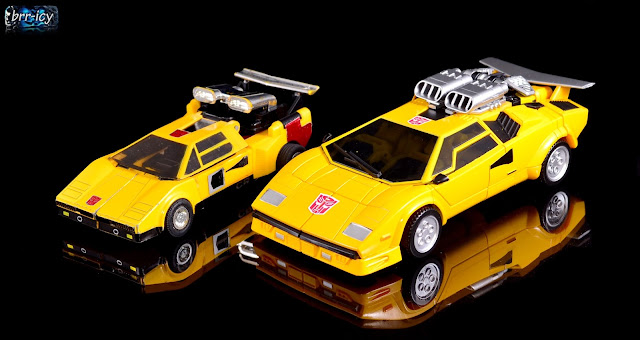 I took a chance on Omnigonix Spinout and I wasn't disappointed. The vehicle mode is pretty spot on, front and back. The only thing I would like to see different is the two stage lights inside the headlights like Sideswipe's. Very well detailed, better paint than my Sideswipe. 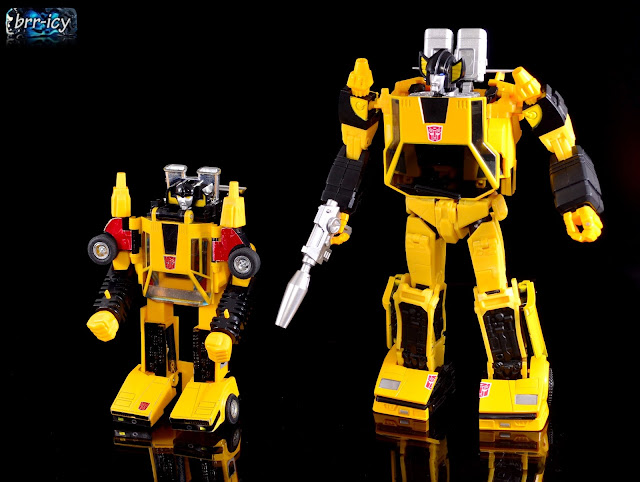 His transformation is so clean, up until you get to the head, it almost feels like that was designed by someone else. I might try to give it a slight mod to get it to sit back a little farther. In bot mode, he's got great articulation. I can't help but notice that the render was different on the shoulders as well. Joints are tight minus the outward swing for the hips, a couple drops of future in there fixed that up. He's much better than the reviews led me to believe. 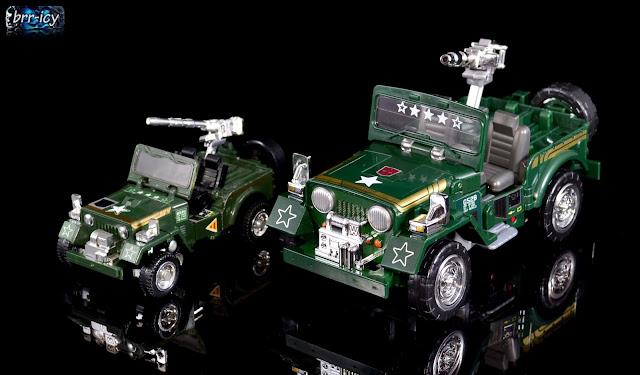 Between the two currently released Hound 3rd party figures, I liked the Maketoys Gundog better as it seems to fit in with the rest of the MPs with the real world accuracy and the amount of detail. FT's is great, just personal preference on them I think. I was pretty impressed with him having the gas can, spare tire, and mounted guns as extra accessories too. 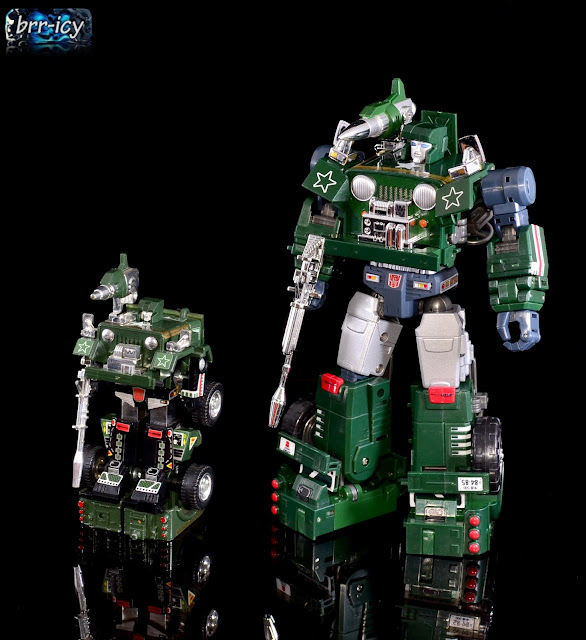 In bot mode he is really well put together, a bunch of diecast and really smooth but tight joints. The gun is spot on the vintage one as well. Mine has the Reprolabels set applied to it, which make it a bit more toy likethan he was on release. The figure has great articulation as well. All the MP figures I've gotten from Maketoys have been great. I'm pretty excited for more releases, and if it wasn't for that "leaked" Takara Megatron, I probably would have their iteration right now. 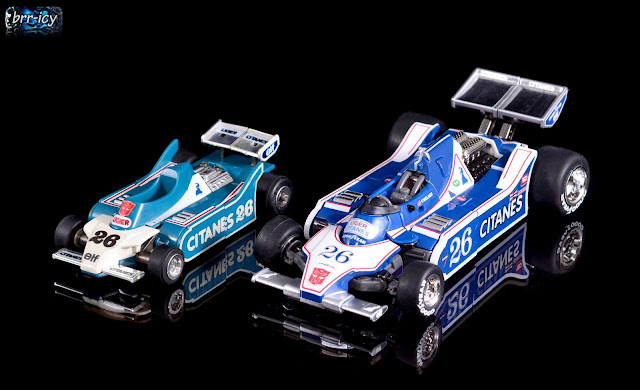 MMC Sphinx is an amazing figure, from the well thought out and incredibly smart transformation, to the rubber wheels and diecast. He also comes with a little racer to go in the driver's seat, but that's stored away. This is another figure with the Reprolabels set applied. I really like having the sets for the racing MPs because of the livery being more prominent. 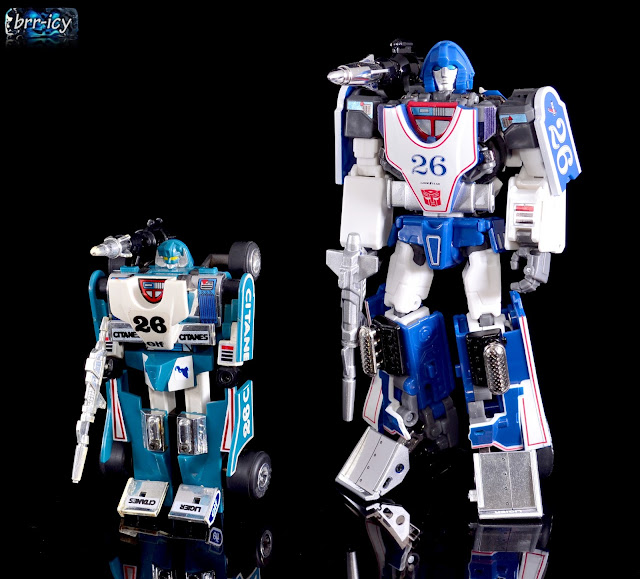 In bot mode, it's really hard not to like him, from the great articulation, to the perfect proportions, he's really well done. There's not much else to say about him that hasn't been said. He's good, and deserves a spot on anyone's shelf. 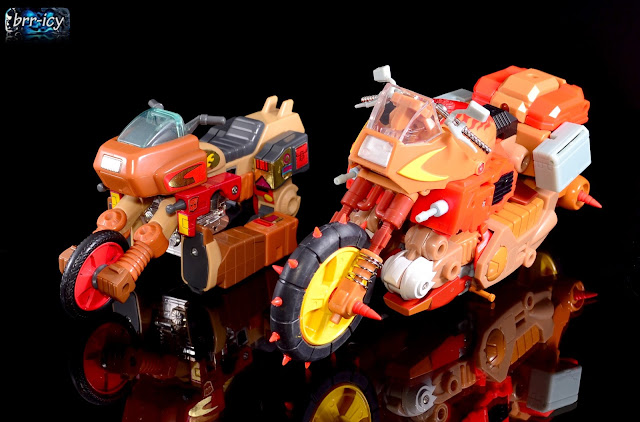 I was pretty hesitant to buy KFC Crash Hog, I got the two pack with Dumpyard, He's pretty nice though, the only issue I have with him are the amount of parts that are removable or parts forming. Some are fine like the axe being made out of the front forks of the bike, but those spikes, mirrors, and brake levers are constantly falling off on me. In bike mode, He looks like he jumped right out of the movie, and with Dumpyard to ride, He almost did. 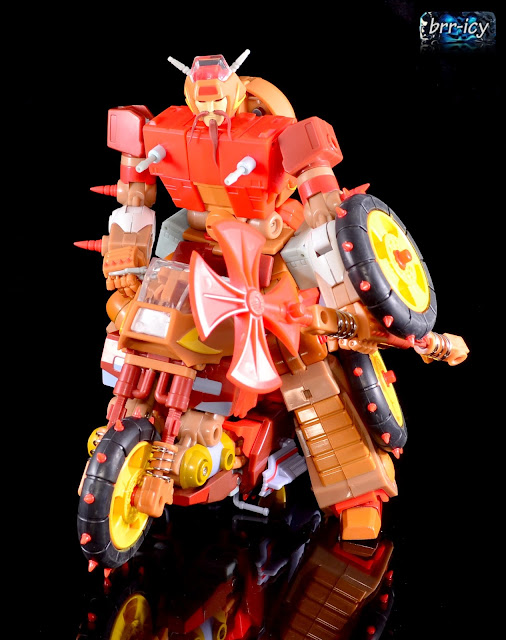 In bot mode, he looks incredible as well, which makes me forgive the parts forming. The face is spot on, you now when you handle a figure and you can almost hear the voice coming from it because it looks so close to the animation? This is one of those cases (besides loving Monty Python, that might have a slight impact there, that was also one of the reasons I finally broke down and got him) 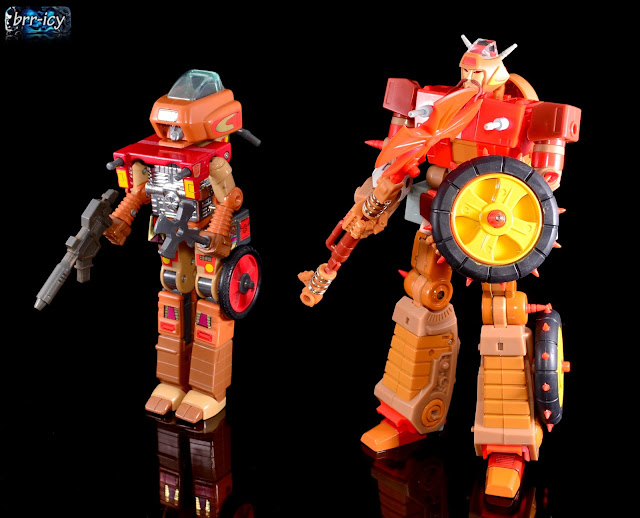 Beside the vintage figure, he looks much more accurate in general. I am not sure how they got that animation model from that toy, but I digress, the transformation is actually pretty close to the way the vintage transforms, with the chest moving up, legs around in basically the same spots. the biggest difference is the arms going into the front of the legs instead of forming the forks. I am amazed at how many accessories the set came with from a bunch of guns, to the axe, to the "talk some tv" TV and the big green box that he beats like a drum in the film. 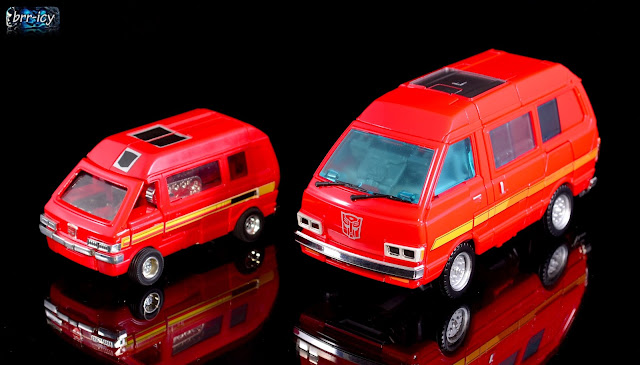 Takara Ironhide is the only official MP in this set of reviews, I was going to go all 3rd party, but I wanted to get him in here. The van is spot on and licenced by Nissan. The guns can store underneath by the rear wheels, and he comes with eight hundred and fifty seven accessories (not pictured) I like that they even put teh little throwback to the Diaclone face on the gray plastic under the window. 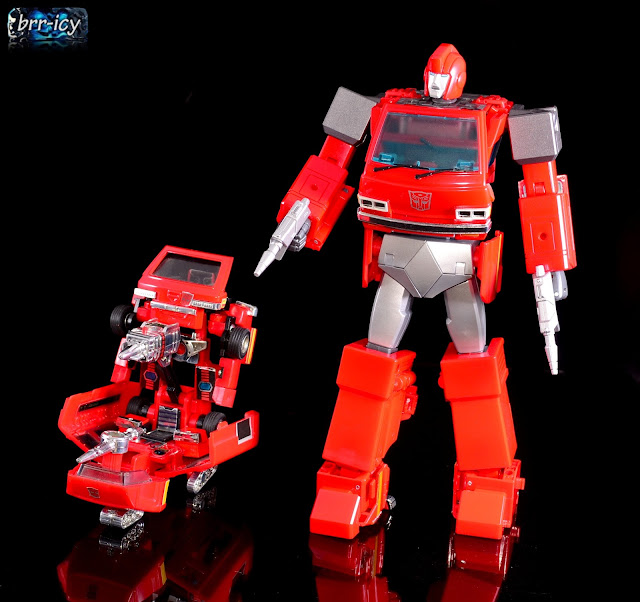 This figure's transformation is pure sorcery. The fact that the entire roof, the driver's windows, and 2/3 of the rear of the car are folded up nicely inside his torso is mind boggling. There are a few panels in the legs that hide the wheels and side stripes of the van. The only "issue" I see from people is the side hip panels, but they don't really bother me at all considering the rest of the figure. In the accessories, they also included his sled and the rocket launcher/gun that's mounted on it like the G1 figure's. He also has interchangable faces, I usually keep him on the flight stand that came with Tracks using the jetpack he had for a whole minute or two in the show.

Hope you enjoyed these, and if you see something in my collection that you want a quick look at, just let me know and I'll see what I can do.
Posted by Brr-icy at 17:28