There's not a lot to be said about these things. they were released with each set of Micromasters in Return of Convoy. 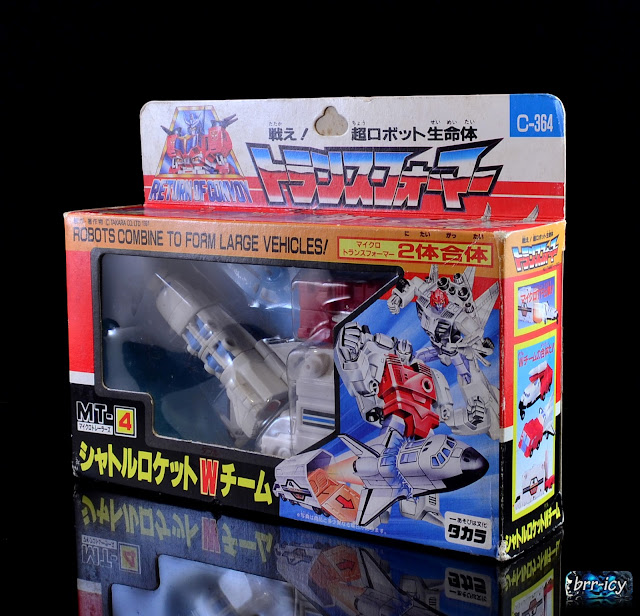 They came boxed like this with the Micromasters and trailer, the trailer's stickers were on a sheet in the back with bonus Autobot logos and stars.

Set one was the Monster Truck Patrol, no changes from the US version on them.

Military Patrol got the third trailer.

In the fourth trailer, things got a bit different as they released parts of the Squads in sepatate boxes. This one came with 2/3 of the Astro Squad.

The remainders of the Metro and Astro Squads came with #6

#9 came with the remaining 2/3 of the Battle Squad.

The Rescue Squad was released with #10

The recoloured Battle Patrol from Zone was rereleased with #11

And last but not least, #12 came packaged with the Super Car Patrol. Interesting that the last three are the only three Micromaster sets to be animated.

The trailers can launch a Micromaster pretty far out the back, or store them inside. On the front edge of the box they can attach ramps as well as be incorporated into the Triple Combination Battlestars Attack base and figures.
Posted by Brr-icy at 23:16