When I posted the opening pic on different sites, I got a few questions about the differences between the Crossformers and their Mega Pretender counterparts, so I decided it would be a good idea to do a quick comparison review so the information is out there and readily available. 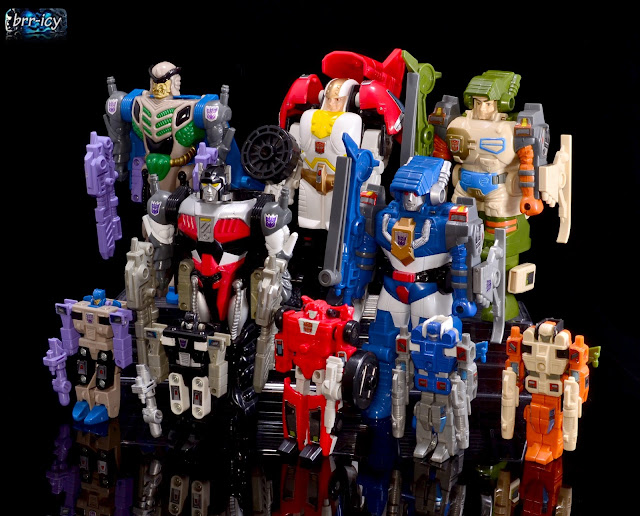 As you can see, there's only five of this particular style of Pretender with the notable exception of Vroom not having a Japanese remold. I would have liked to see one as I really like his inner bot and the shell could be so much better with a different head and chest sculpt. I have heard rumors that a concept was made, I might try to make one in the future. 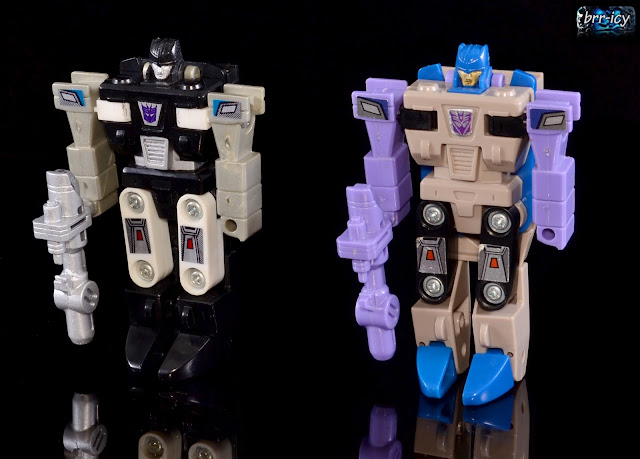 The inner robots for Black Shadow and Thunderwing are unchanged in molding and labels. (Shadow was nekkid when I got him, and has Reprolabels on him now)  There is an extra paint app on Shadow's midsection. 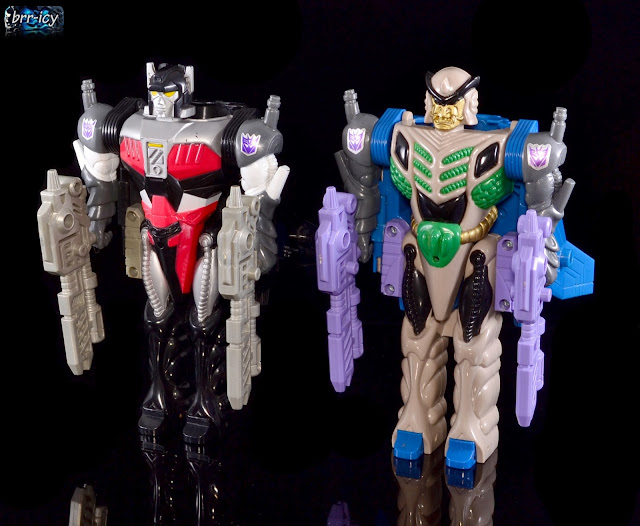 The bot modes of the shells are identical besides the chest/head section. You can see that they molded Shadow a more robotic looking Body and added paint apps on the biceps to make the arms look different. I don't know which of the shells I like better molding wise, maybe it's just because Thunderwing's shell is so iconic to his character. 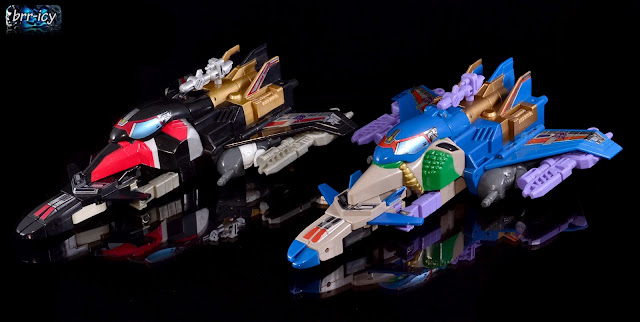 In jet mode, the more streamlined robotic shell for Shadow seems to fit better. the weird organic look to the green parts on the side of Thunderwing seems out of place on it. They both look pretty decent though, so I recommend getting at least one of them just to see what they finally got right with the pretenders. 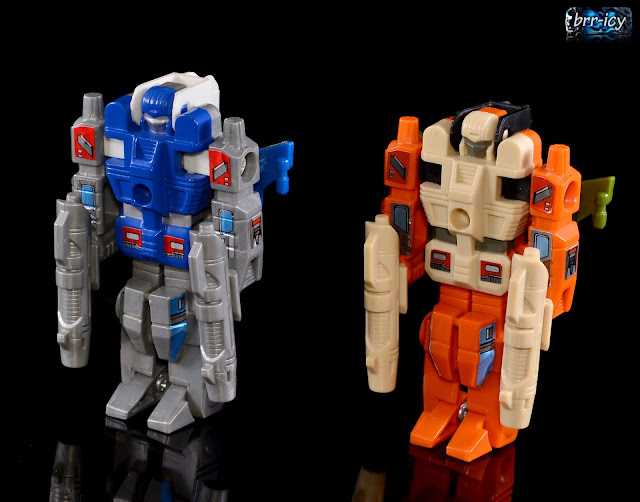 Bacchus and Crossblades inner bot is unchanged mold wise as well. But I think that the entire chest piece is painted on Bacchus compared to Crossblades (it would have to be silver if following the molded colours on Crossblades)The labels on Bacchus are different as well, the blues are brighter and where there's brown on the forearm labels for Crossblades, it's silver on Bacchus. 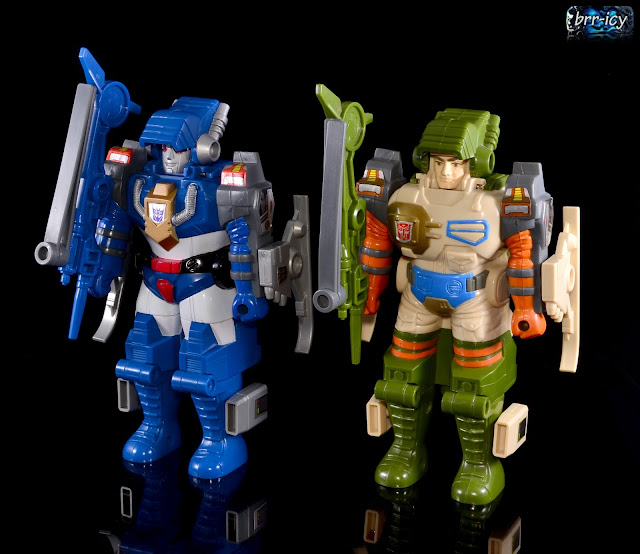 The face, tops of the thighs, and chest on Bacchus have been changed again to be more robotic. With the labels being switched to Decepticon/Destron for Bacchus. The shoulder labels are also red on Bacchus instead of the brown on Crossblades. 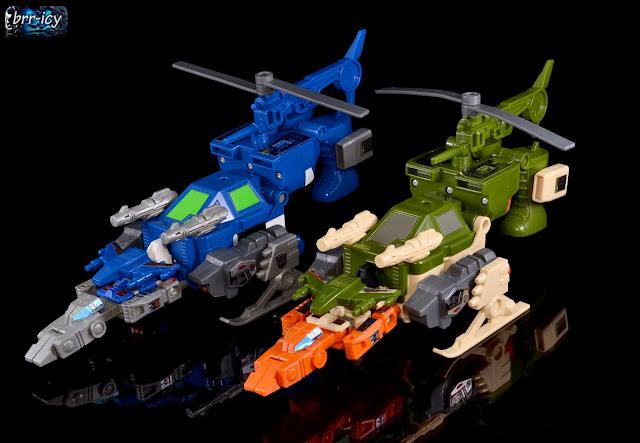 In chopper mode, there's no change to the molding, the stickers on the top of the legs in this mode have been changed to match the plastic colours and other micor colour changes. One of mine has their shoulder stickers on the wrong way, but oh well.

Hope this has been helpful.