Wanted to do an upgrades post with five of the best figures to come out of 3p in a long time. There are others, but in my opinion, these are some of the best. 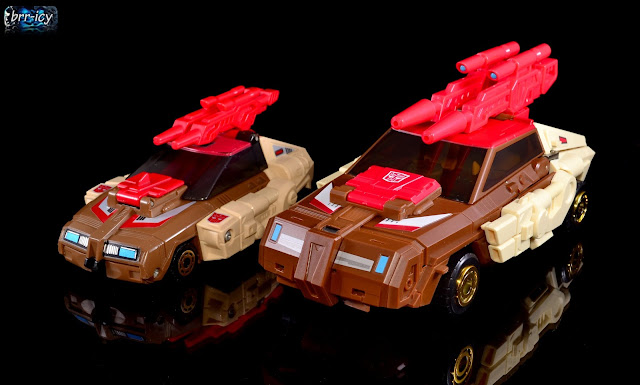 We will start with Maketoys Cupola. I got this guy last year at TFcon when they were selling them for $120 CDN, I'm still as amazed by the transformation and end results of it. The figure is very well made, and the only scruple I had with it was fixed with the replacement parts for the feet. 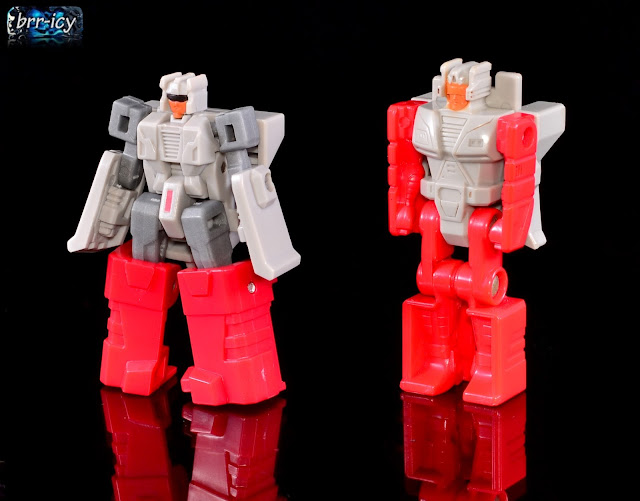 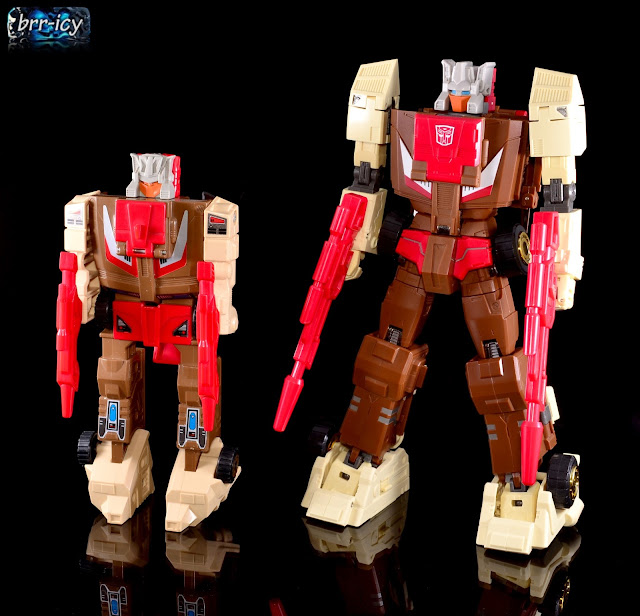 In bot mode he looks like he just jumped off the screen. Super articulate, perfect colours, and lots of diecast. I really like how they did the guns, the back of the hand has a slide in for the gun to hold so no matter how loose you have the hands, they don't fall out. 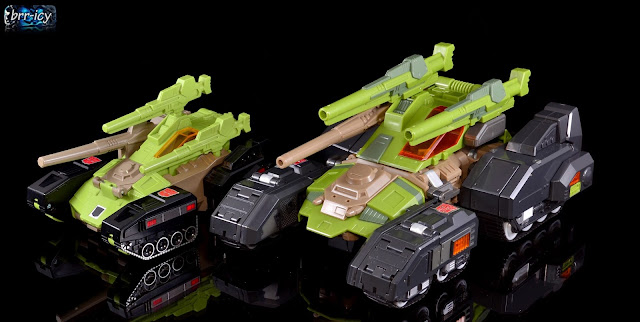 Second in their Headmasters set is Ironwill, He is great, I really love that they did the treads as rubber moving ones, I really like the range of motion that the main turret has as well. Both him and Cupola have the Tech readouts below their respective panels. 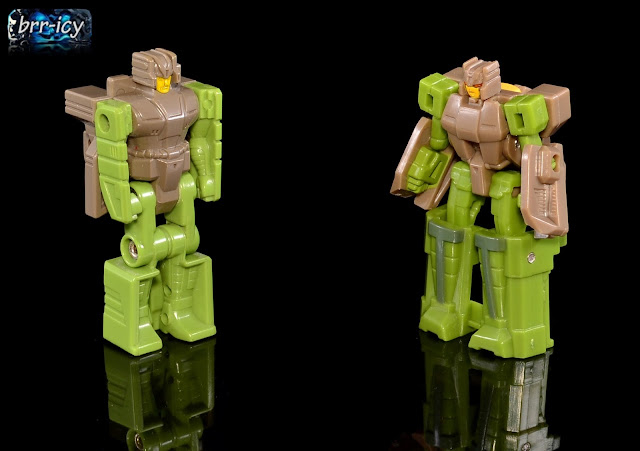 The headmaster for Ironwill is very close to the one for Cupola other than the sculpt. The face is swappable for toy and cartoon accuracy. 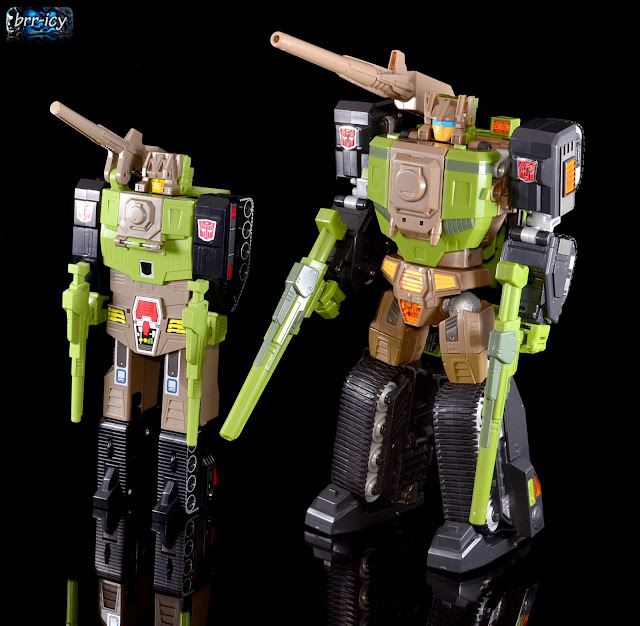 Again we have another straight out of the cartoon looking figure. I really like the look of the figure, and the general solidity as well. From this and Cupola I was set to pick up Despotron, but the official one took the bid on that as soon as I saw it. 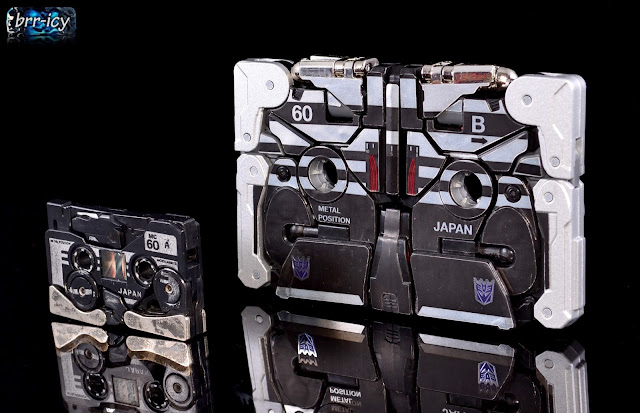 Next up, we have a very underrated figure. MMC Jaguar, I applied the reprolabels set to one side of the figure that folds inside to keep as much of the cartoon accuracy as I could while making the cassette mode look great as well, win win. 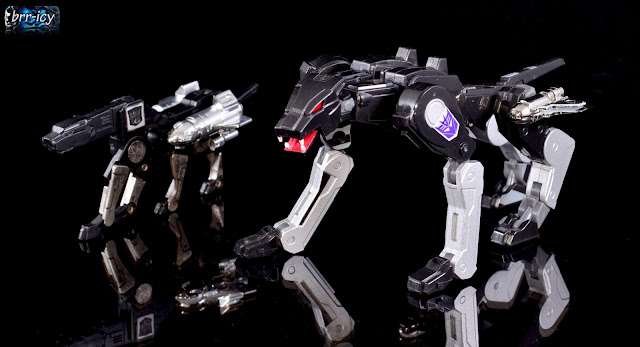 I still haven't settled on the decepticon logos for the cat mode, but the figure is hands down the best Ravage we've ever seen. The way the neck and back flow when you pose the legs is ingenious. Everything is contained in the tape, no add on weapons, and the amount of diecast and hefty joints in the figure make it one of the best 3rd party figures released. 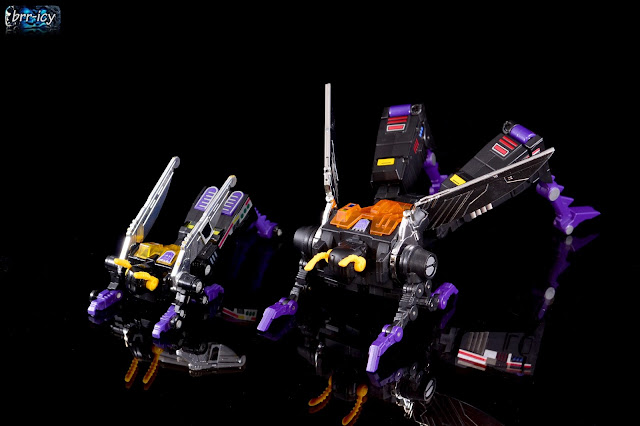 Fanstoys Forager is their shot at Kickback, and it's great. In insect mode, he's got a ton of articulation and can store the gun between the legs as a kind of thorax. they all came with clear or solid yellow chests, I chose the clear. I kind of wish I hadn't done Grenadier already, but he's here: Upgrades 13 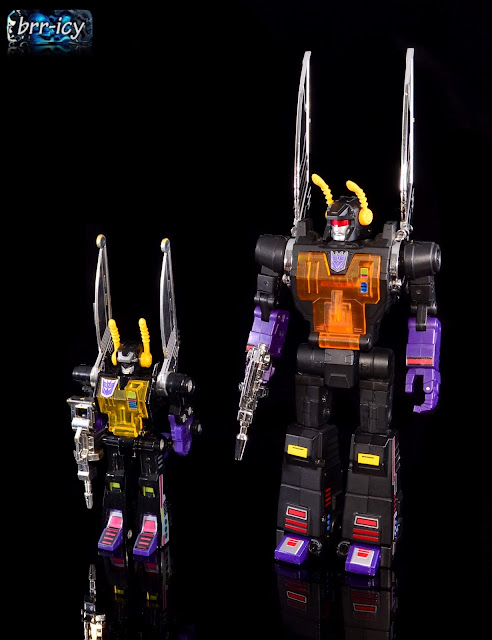 In bot mode, he's all I could have wanted, not sure why they chose clear orange for the chest instead of yellow, but whatever, still looks good. I love how they did the arms collapsing into his back being swapped with the insect legs, very nice. 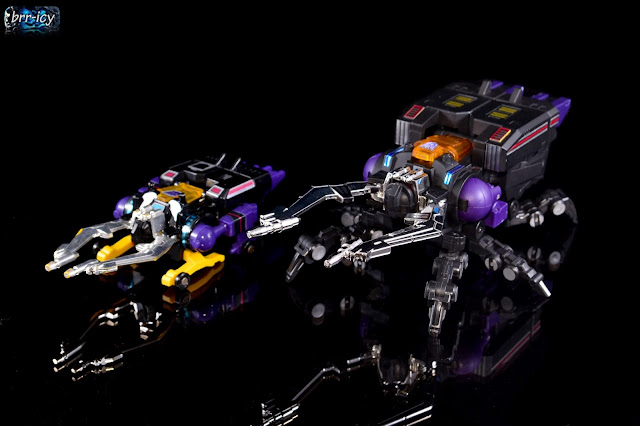 Mercenary is their shot at Shrapnel. Very nice bug mode, the pincers work independently of the face cover so it doesn't interfere with it. The bug legs have a ton of articulation as well. 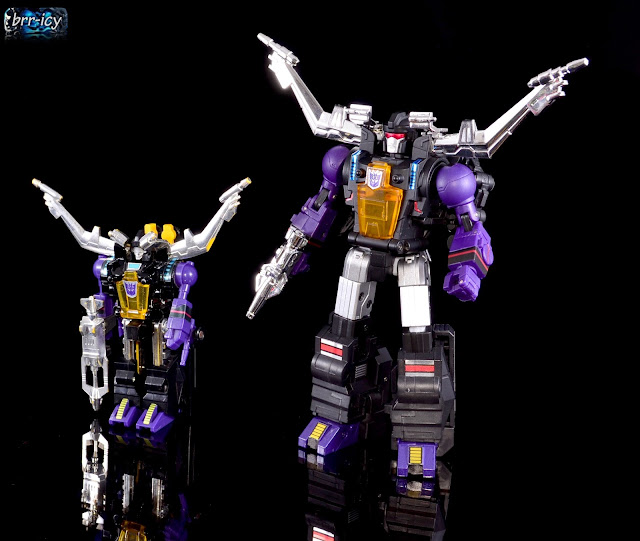 In robot mode, they are so close to each other in looks it's amazing. The transformation is closer to an MP Grimlock type with it being more of an extended version of the original transformation. The only thing I think it is lacking is the yellow posts on this back, I would prefer them to be there, but a small thing compared with the rest of it.
Posted by Brr-icy at 17:53