Got this figure the other day. I really wanted the Canadian version since I'm Canadian, but the opportunity never arose. 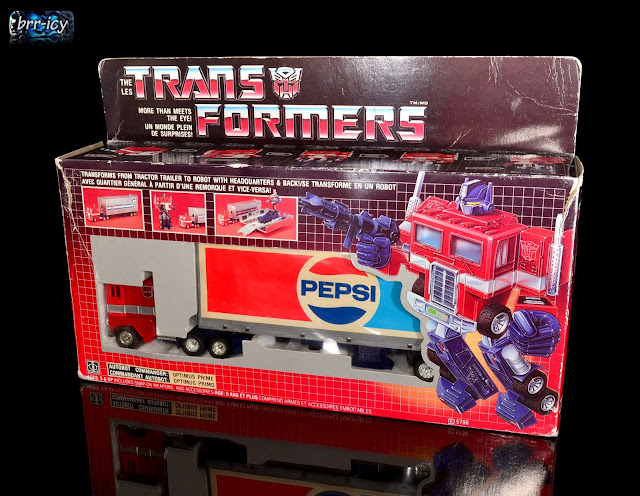 I had the opportunity to trade for it from a local friend and complete my Canadian exclusives between him and Slag. I found the Canadian box from another friend in the USA and I'm more than happy with him. I may replace the Canadian box someday, but for now, here he is. Canadian Pepsi Optimus Prime. 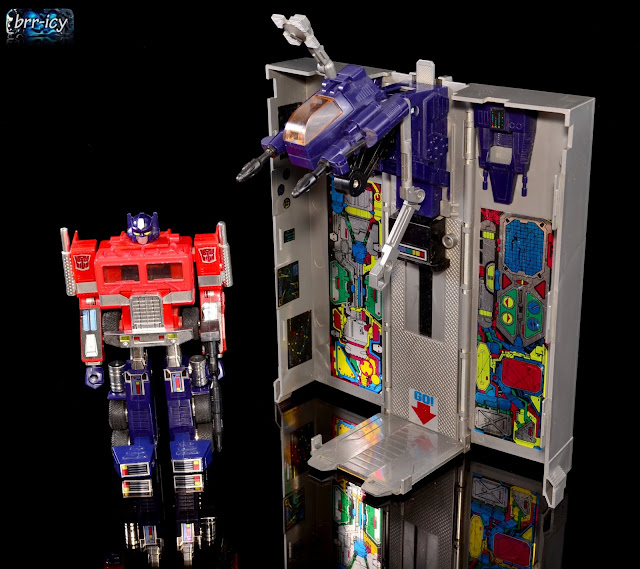 In robot mode, not much changed from the standard blue roller release of Optimus. It's in immaculate shape, so I'm pretty pleased about that. But otherwise, looks like Prime.  You can see the accessories here, nothing is bloated on this particular figure. 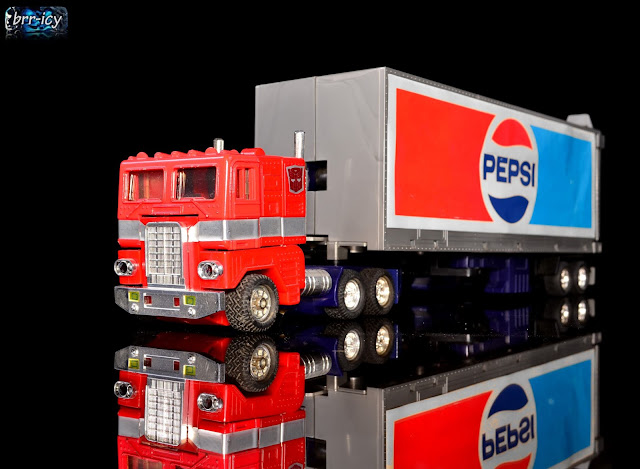 In truck mode is where the Canadian version really shines with the full side trailer labels and the one on the back door. Not a lot to say about this figure other than it looks pretty sweet with the labels. 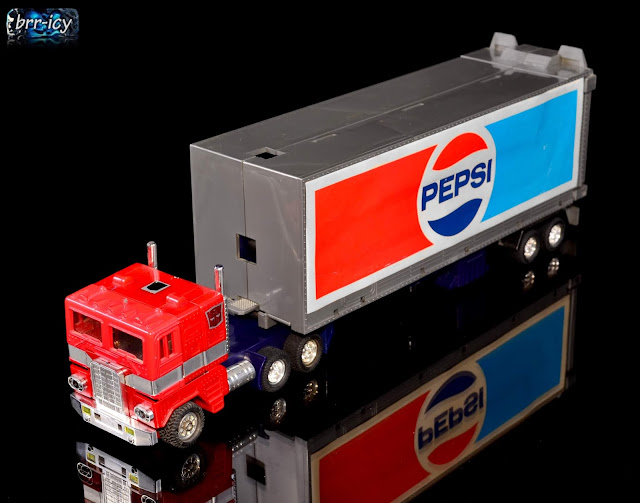 I'm trying to find a picture of the bottle top caps, but from what I've heard, you had to find two halves of Optimus Prime under a bottle cap, which was a common way for contests to be held on pop bottles back then, none of this input the code into the website business. 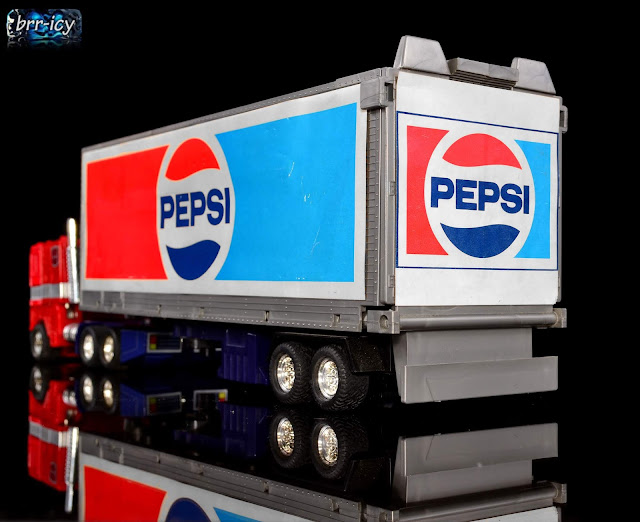 On the back of the trailer, you can see the full door label as well. I've been offered a US version as well as this one, and might have to bite on it just to complete the trio of Pepsi Primes. The 2005 version I might as well show here too. 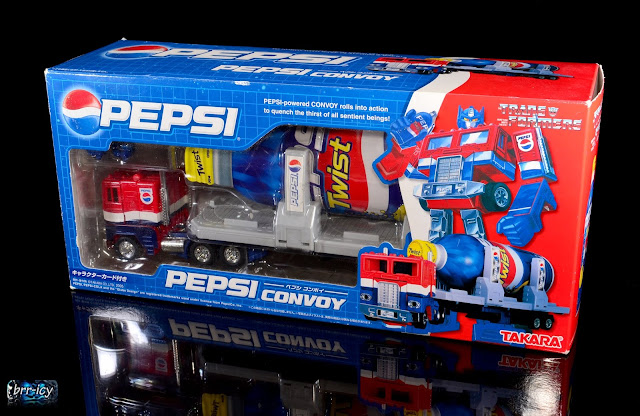 I picked up the Japanese version with the longer smokestacks years ago, he's much more sold out in bot mode than the vintage versions as they added a ton of paint apps. 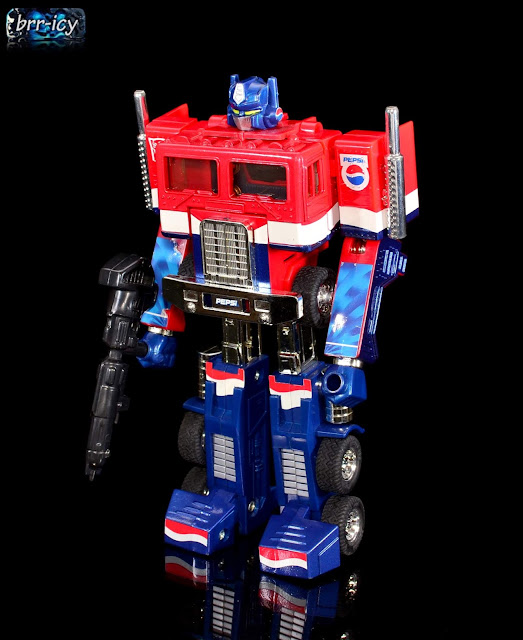 With the labels and paint apps, from the little Pepsi on the licence plate area, to little Pepsi logos on his ears, he's a definite corporately sponsored prime. 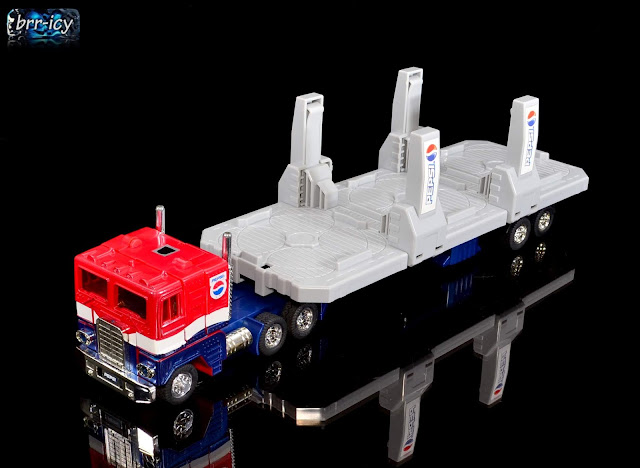 The trailer is completely different other than the feet and the undercarriage being the same mold as the old trailer. You can hold a Pepsi bottle, three cans, or a bunch of tiny cans that they don't sell over here I don't think.

Anyways, hope you've enjoyed this little look at one of the rarer pieces out there. I have some catching up to do on the blog, Until next time.
Posted by Brr-icy at 12:54