Been a while since I had the ambition to post, and since then have sold the majority of my collection, but I do have photos of what remains to be posted here, so thanks to a post by Tallus76 Photography on Facebook about this blog, I have decided to finish what I started. There's going to be a slew of posts in the next few days. I hope to at least have an article for all the figures I haven't put up 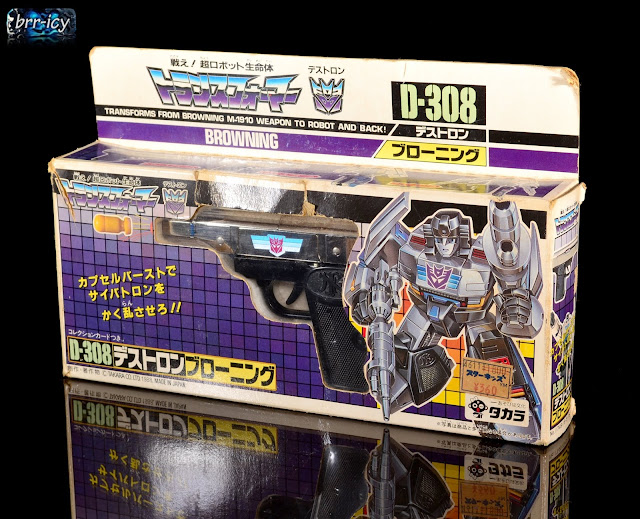 First up is Masterforce Browning. I got him from my good friend Hyperoptic. Such a great figure. Coming from the same Microchange Gunrobo line as Megatron, but in my opinion a way better mold. The box art is very nice and the box very compact. 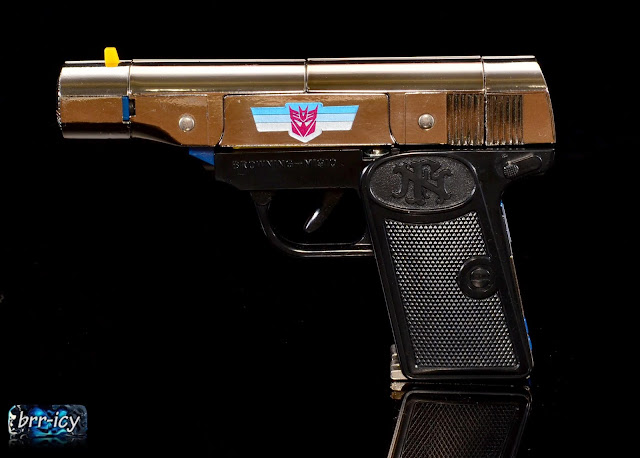 In gun form he is a compact Browning pistol. He comes with five missiles, two sets of fists and two guns. In gun mode he can fire a missle from pulling the trigger. He has a great chrome and black finish. 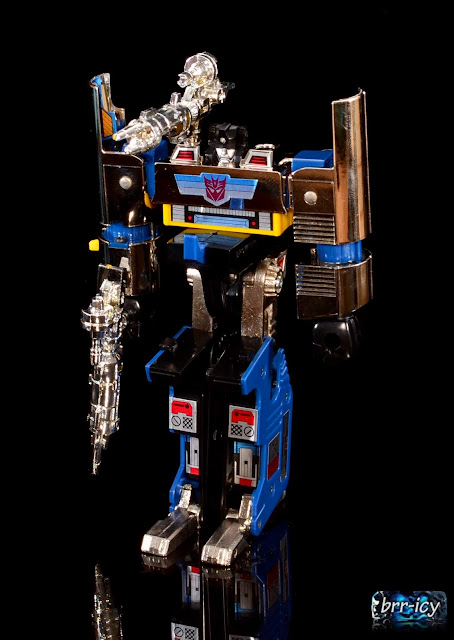 In robot mode, he has a very reduced trigger crotch and better proportions than Megatron. He also can fire his right fist with the yellow tab on the arm.
Posted by Brr-icy at 15:58