These were one of the sets I had never handled until adulthood. I'm pretty impressed by the two sets, I think it was a neat gimmick, and glad it wasn't over used. We'll start with the Autobot pair.

Cloudraker and Fastlane, their names give away which is which with Cloudraker being the jet and Fastlane the car. Their transformations are completely different, but they both end up as the same robot mode. The only real differences in bot mode are the removable spoiler, some back kibble (wings/wheels etc) and the weapons. They sport a second rub sign which shows a car or jet when heated. These guys were from DubK and iamratchet hooked me up with the missing weapon. 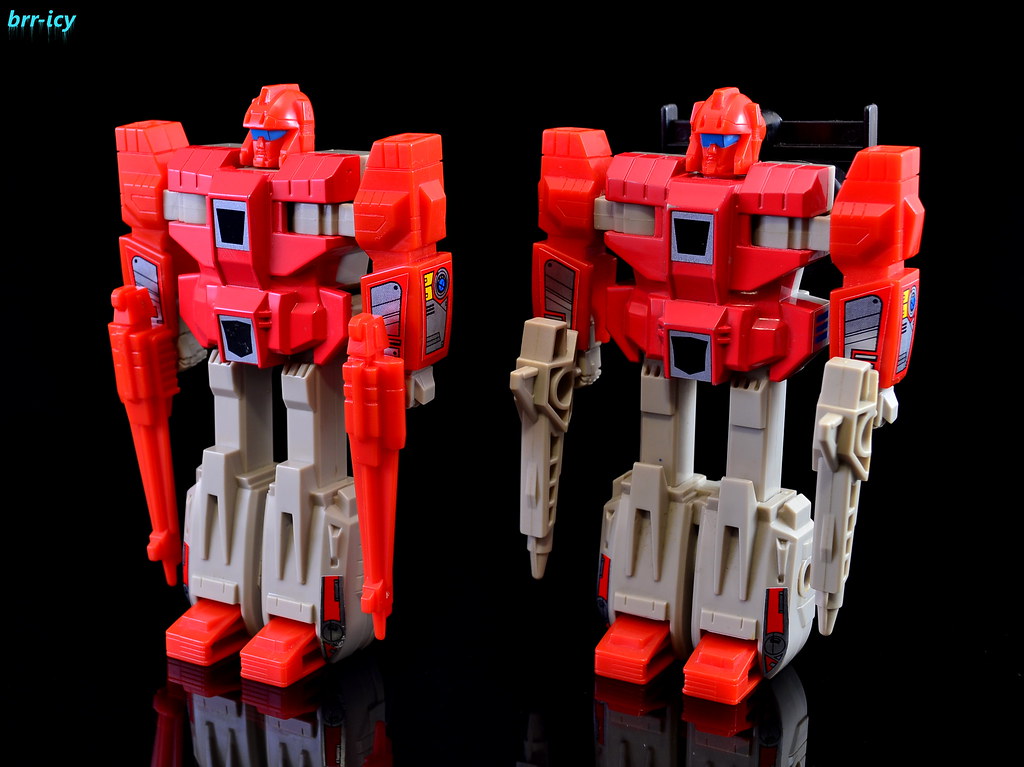 The Decepticon clones are Pounce and Wingspan, they turn into a bird and a cat, they are also in my favorite Decepticon colours of teal and purple, which makes them a win in my book. 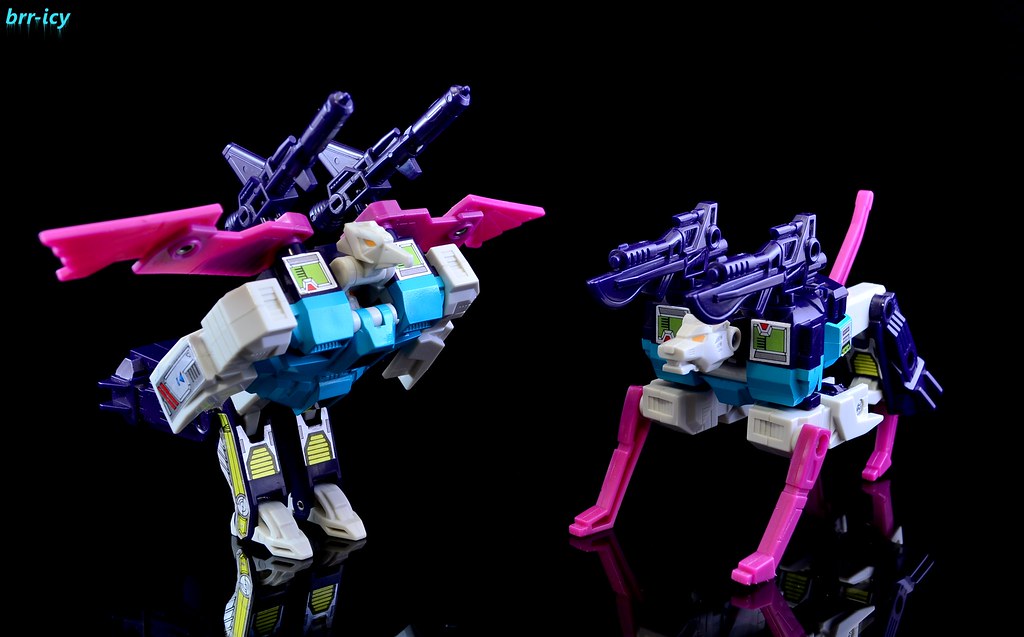 The weapons for Pounce can be held as guns or swords, a feature that turns up on a few figures. Their rub signs are of the bird and cat heads. I picked these guys up off Megatoyfan in one of the lots awhile back. 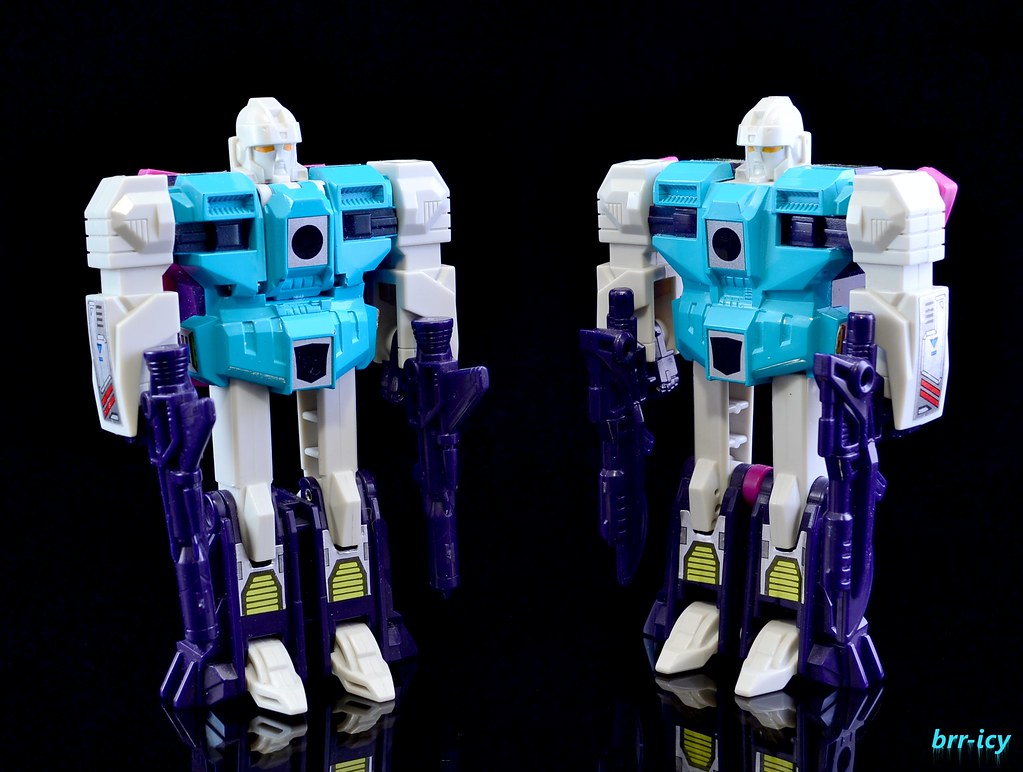 Sorry it's not a long post, there's not a lot of these guys. Thanks for reading
Posted by Brr-icy at 19:26