This trio is near and dear to me since Prowl was my first Transformer. My brother gave him to me when another of my brother's snapped the roof off of him. Where he ended up is anyone's guess. As such, I have always loved this trio, and hopefully in the near future I can replace my Prowl with a MIB original.

Since we are on the subject of Prowl, I'll start there. Each of the trio has remolding in some way or another. Prowl's is the lightbar.

They have a very classic Autobot look with the hood chest and window shins, they are one of my favorite car transformers, whether in MP or G1, Classics though, I absolutely loathed. Unfortunately my Prowl is the Commemorative reissue, which means crappy plastic and no chrome on the weapons.

Bluestreak has a remolded roof to remove any trace of the light bar. 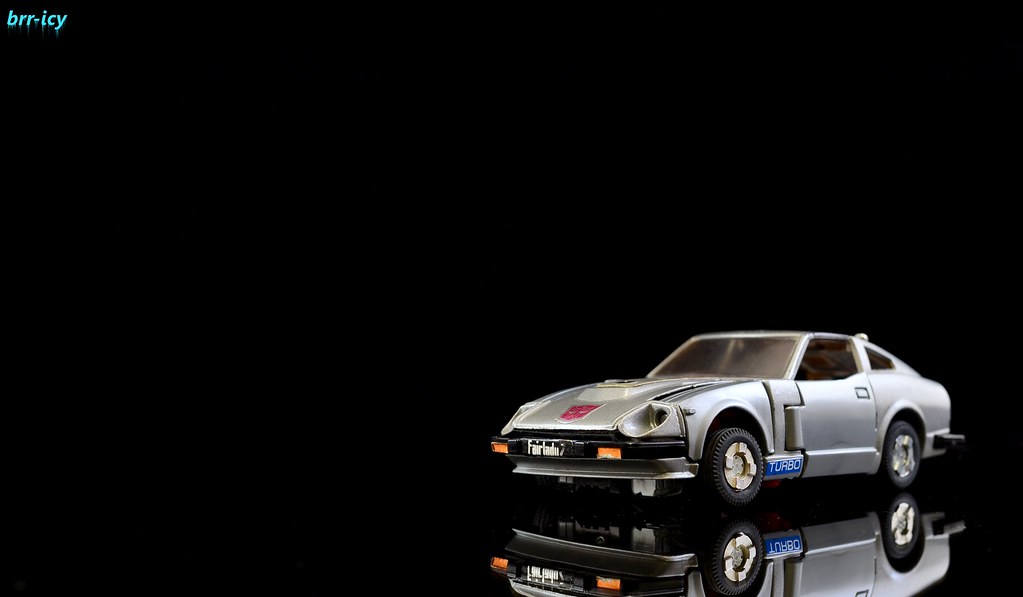 The picture of the reissue I had really shows how bad they are vs the originals, and pretty much the chief reason I decided to replace all the reissues in my collection over the next year or so, 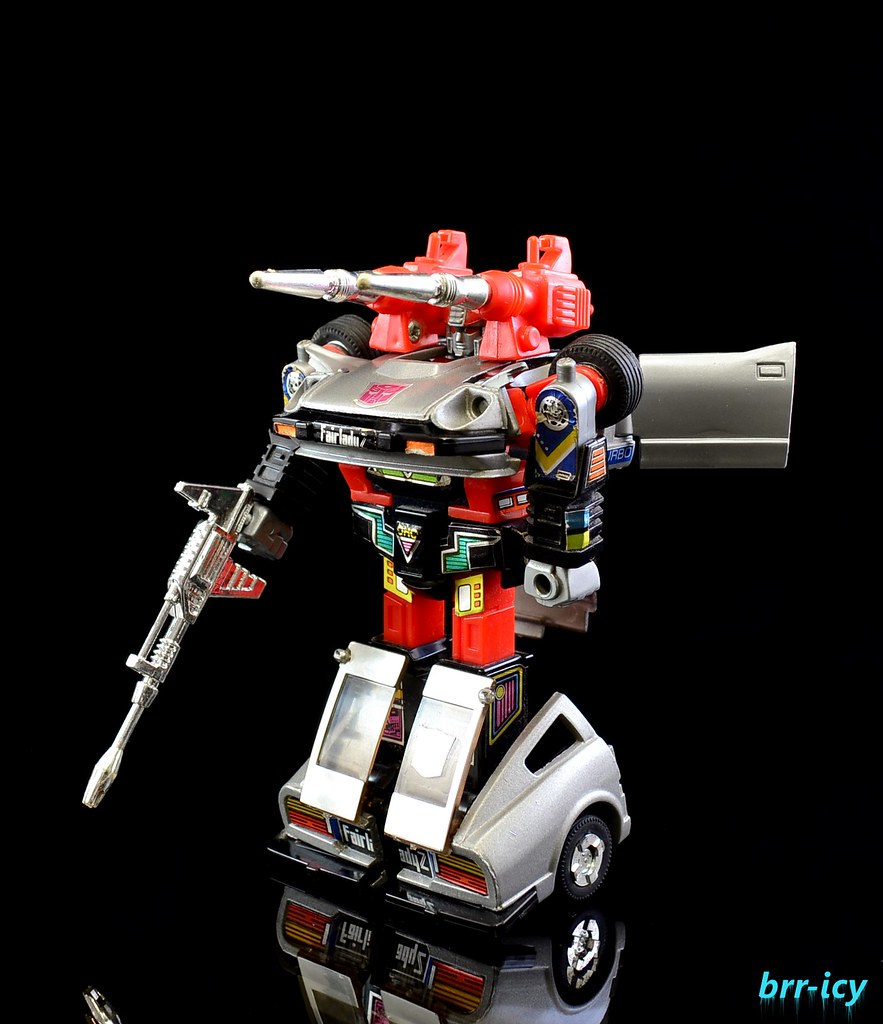 Reissue, notice how the "silver" plastic is now a dull translucent gray, and the red you can see through the edges a little as it's slightly translucent as well (ignore the weapons, they are the same original set on both)

He is currently the only one of the trio that I have MIB. I picked the vintage one up off a friend last year for a great deal. 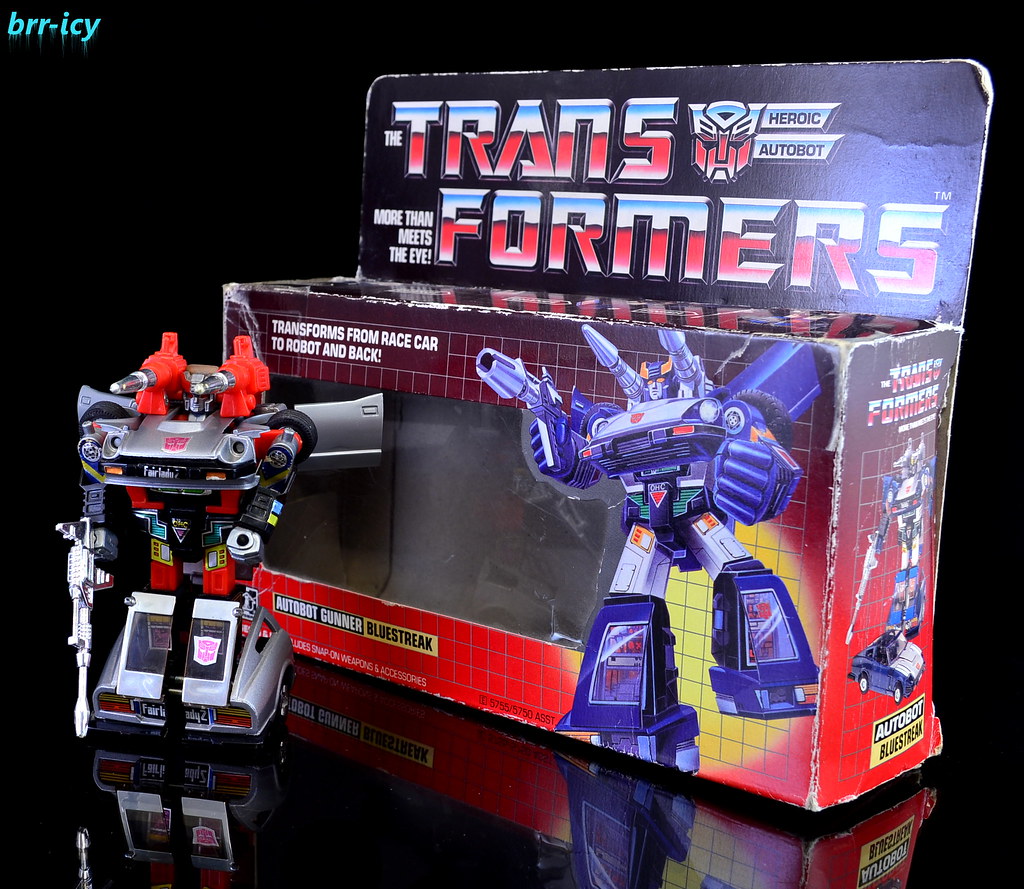 Lastly the third one that came out in 85 instead of 84, Smokescreen. He is the most heavily remolded of the three with a new bumper, roof, and spoiler. He was one of the keepers from one of the huge local scores I got a few years back (I kept one from each score) 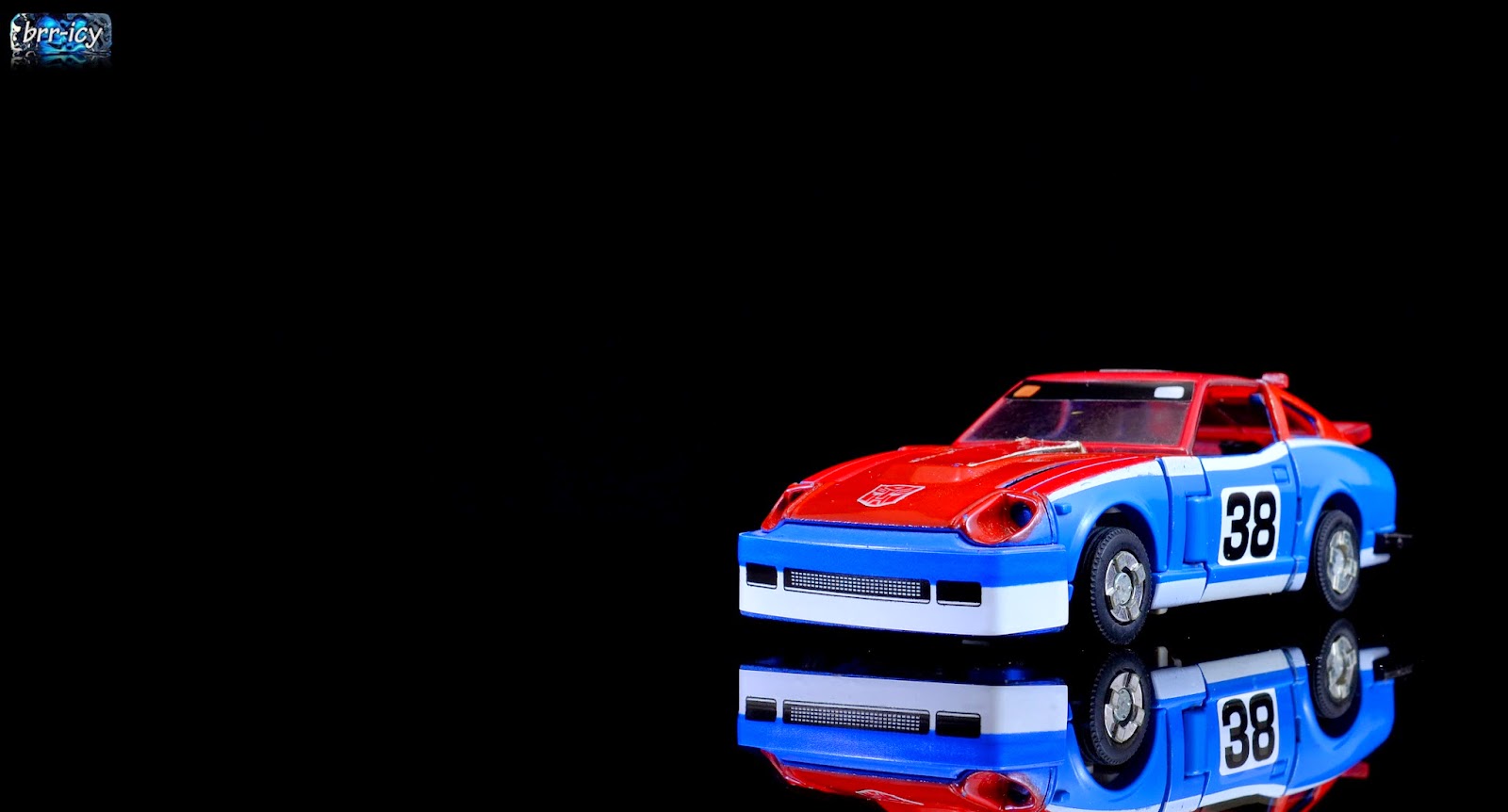 In bot mode, he gets white launchers to add to the red, white, and blue colourscheme. He got a nice fresh set of reprolabels to complete him. 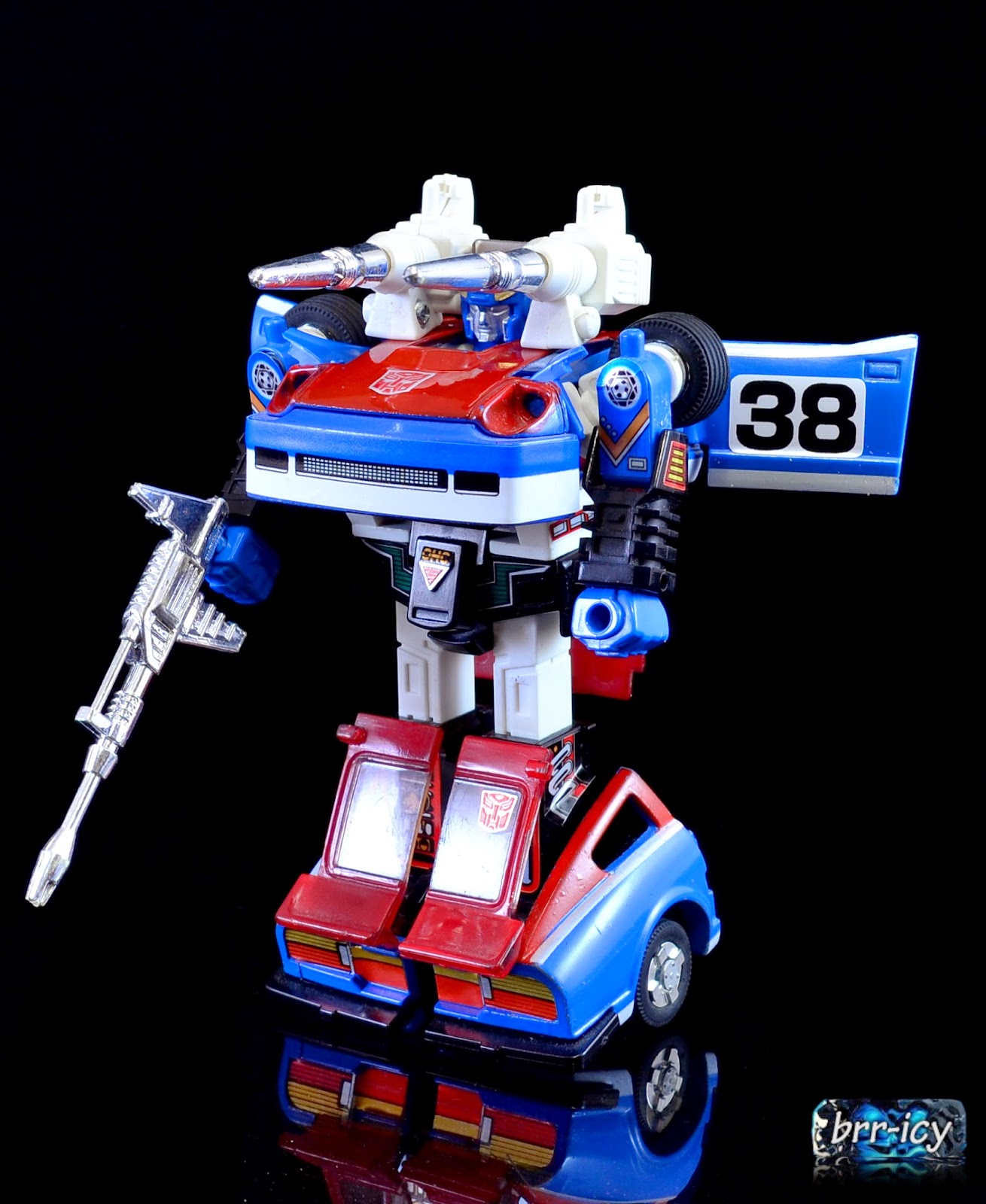 Pretty much the Autobot version of the seekers and a staple of any G1 collection. 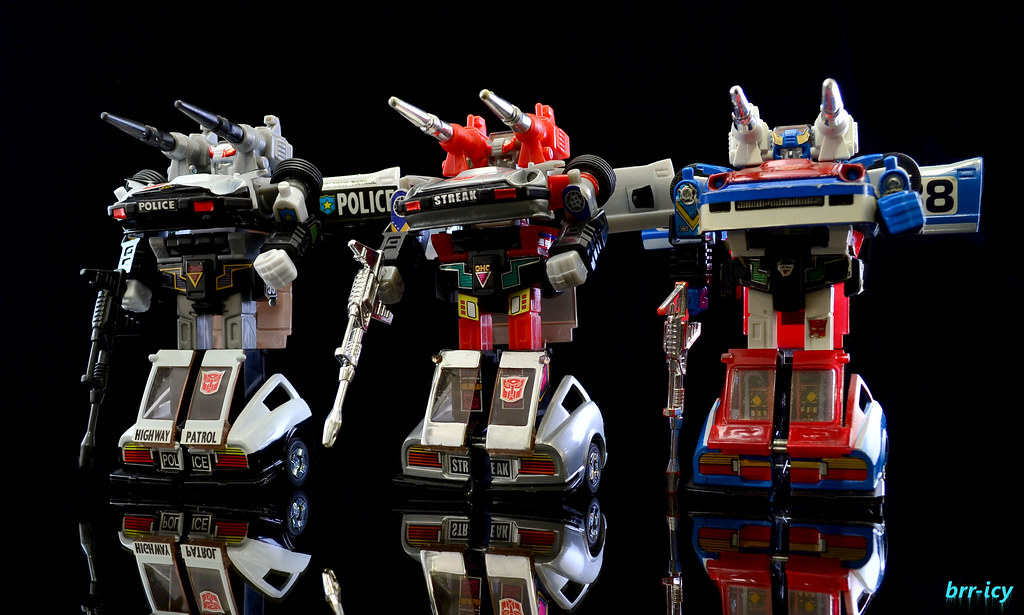