These two are some of my favorite Euro G1 figures. I remember playing with Rotorstorm as a kid and loving the figure, so he was always high on my want list. I had gotten an incomplete one in a lot with Thunderclash and a bunch of BW and Micromasters, promptly sold off the BW stuff. The Turbomasters were made up of four smaller figures and two bigger ones, much like the Predators. The two larger ones are the ones we'll cover in this review. 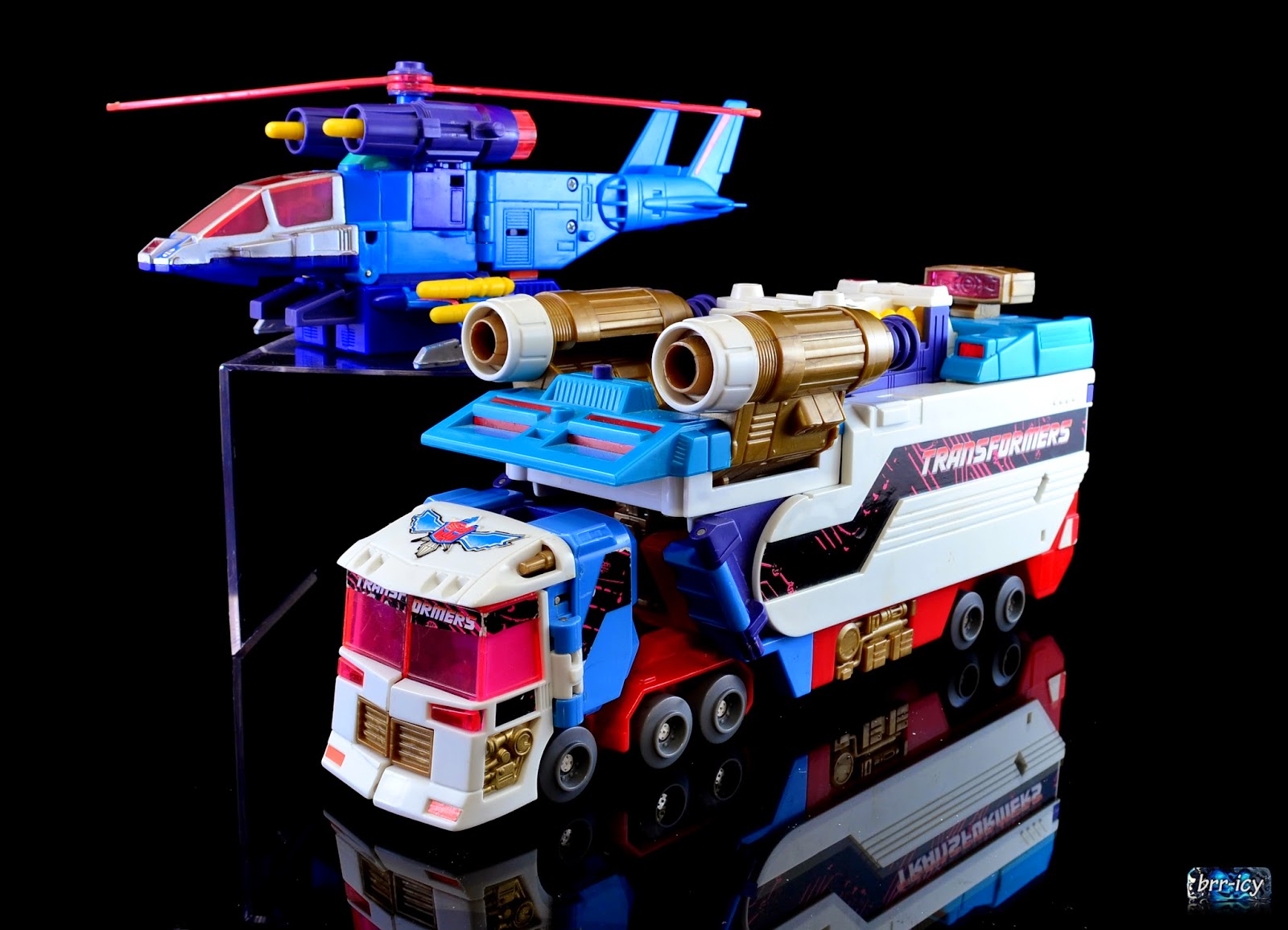 Starting off with Rotorstorm, I pieced him together over the last year or so, finally ending today when The replacement figure showed in the mail with the blades, the figure was also in much better shape except a couple problems in the tail section which were easily fixed. I am a huge fan of the pink windows on the Euro Autobots, not sure why, but I like it. 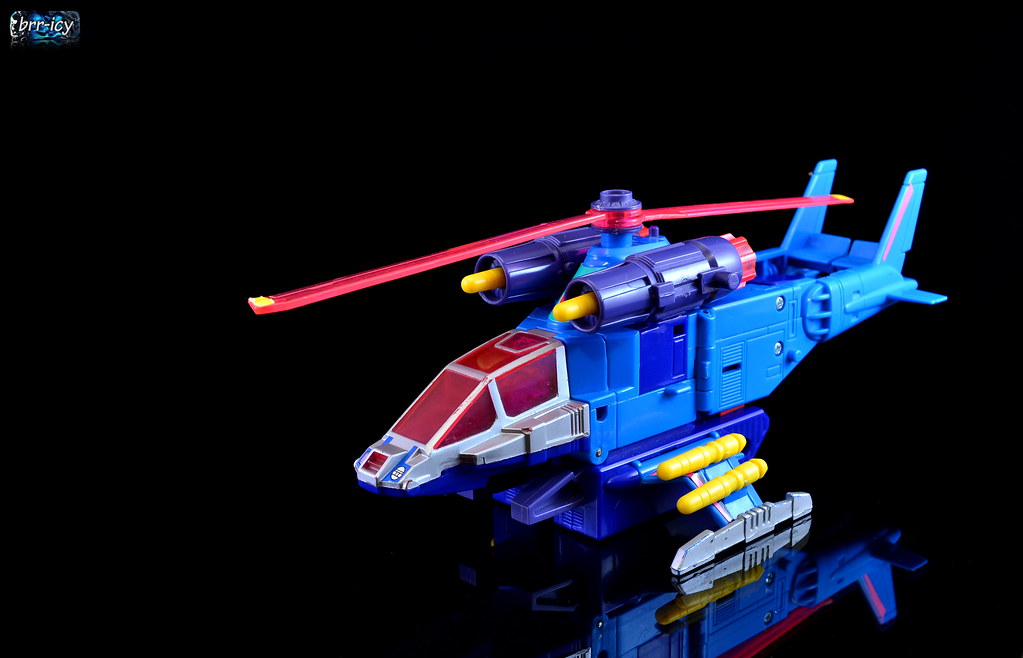 There is a button behind the rotors that activates the "attack mode" which isn't really a whole lot of difference, it just gives it a gimmick. The launchers could put your eyes out.

His transformation is pretty innovative I think, with the tail of the copter splitting and flipping around to the front, and the arms coming out of there. The launchers can be held in hand in this mode. This is basically Maz's fault for making me jump for the rotors (other than watching a cheap auction and having been looking for a year for them) with his recent How to get a G1 Rotorstorm for free series. 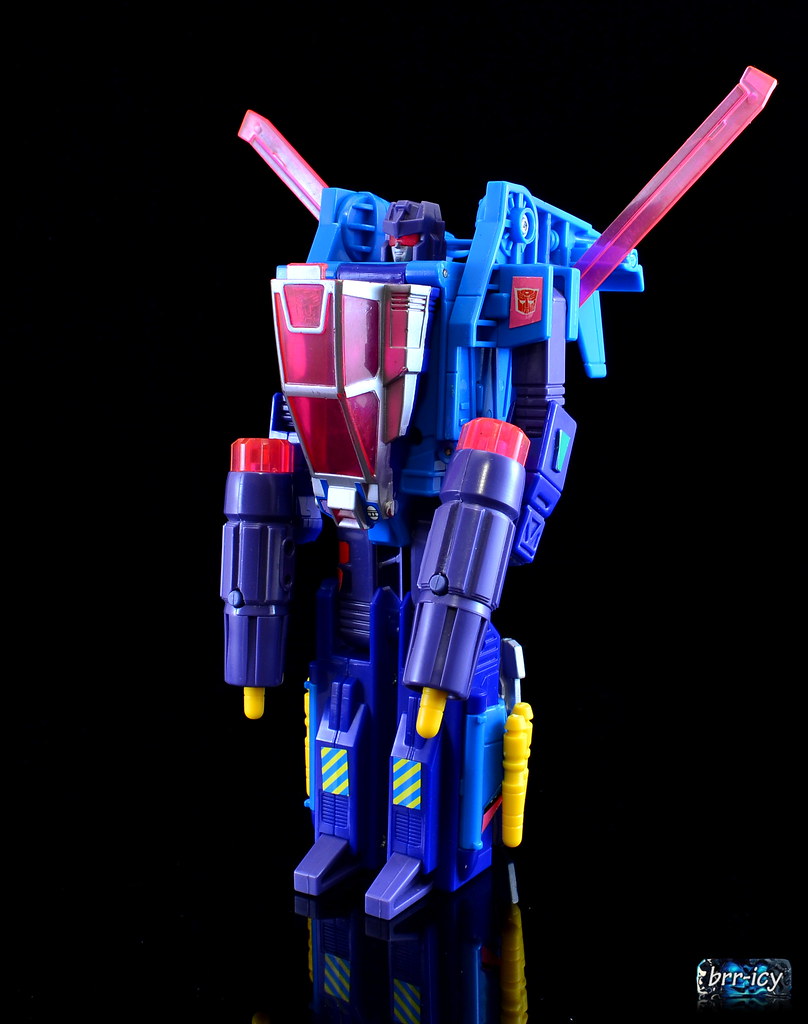 So like his picture, I can also do this:

Secondly, we have Thunderclash. He's a pretty big truck figure that's about Powermaster Prime sized. There's not a lot going on with truck mode, the cab is even stationary. 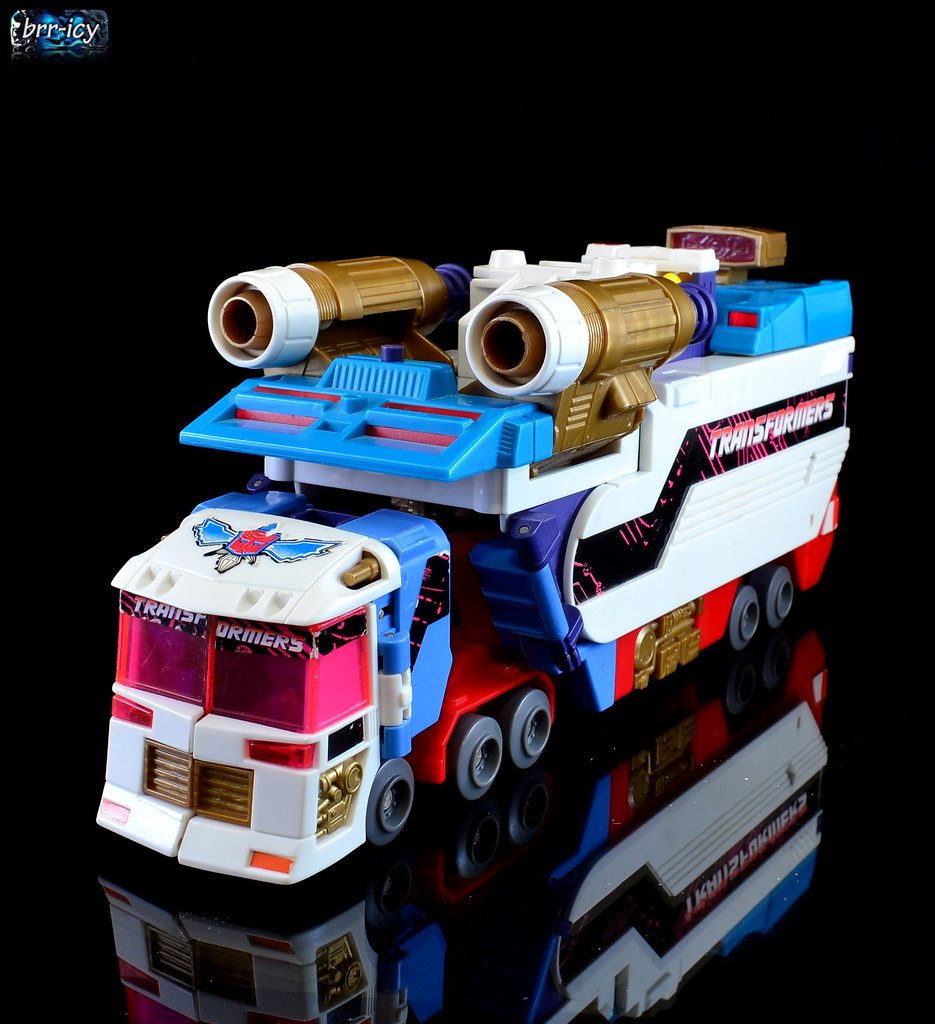 Unfortunately, mine is missing the golden pistol, and due to the fact that it's gold plastic, It isn't exactly easy to find. He has a pretty distinctive robot mode. Most definitely not Optimus Prime like....Machine Wars repaint doesn't scream Prime to me either. Mine is far from perfect, but being as it ended up costing me nothing, I don't mind. 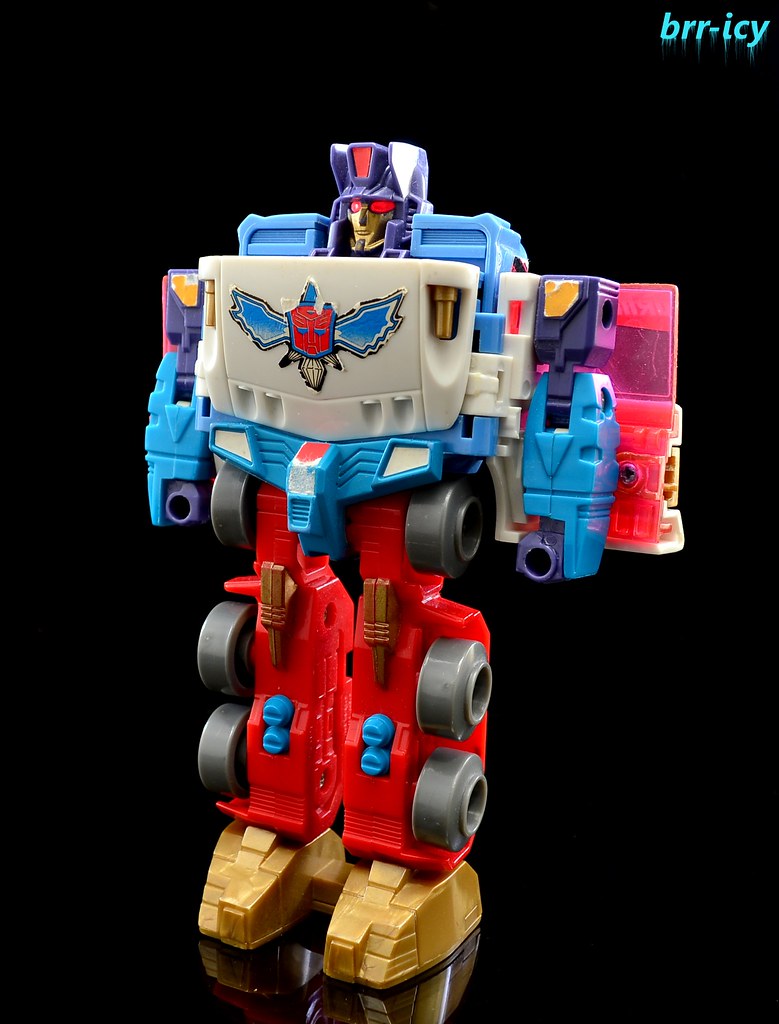 The base mode is where this figure really shines. The trailer unfolds into a giant weapons platform that could fill a detolf cubicle by itself. The back trailer door makes a platform that Thunderclash can stand on, and there are pegs that he can hold onto up there. 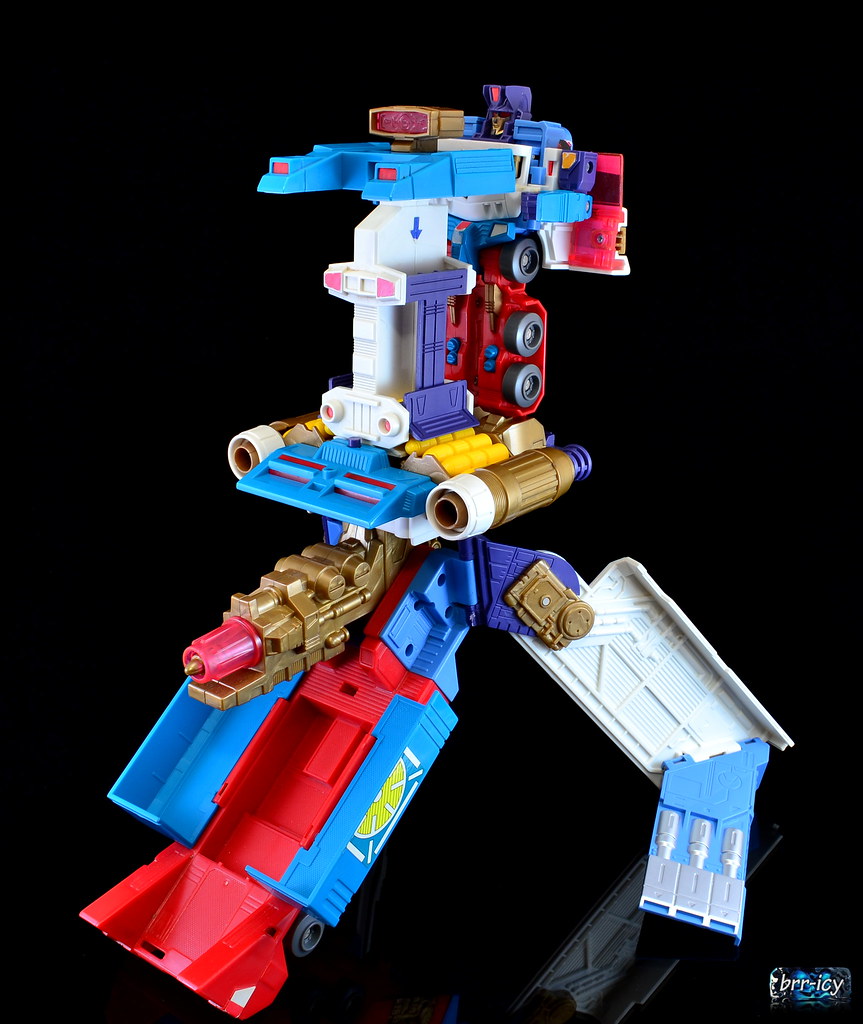 These were some of the first light piped figures, They even light piped the trailer, you can really see the sides glowing in this pic. these are some of the best uses of light piping even to this day, it barely takes any light to make them glow.

The missile launchers are great, they are gravity fed, and rapid firing. The panels that are flipped out on the bottom of the tower portion can be used to keep them in place. When you open them, the missiles fall, and when you pull back the plunger at the back, it will drop a missile in for firing, as long as there are still missiles in it, and you keep pulling, it keeps shooting.

I don't have a lot of Euro stuff yet, much less complete subgroups, so I might be a little slow at posting more for now, but I will get to them.
Posted by Brr-icy at 12:48