Continuing on with the upgrades posts, I have figured out there is very little rhyme or reason behind the figures I've been choosing for this. 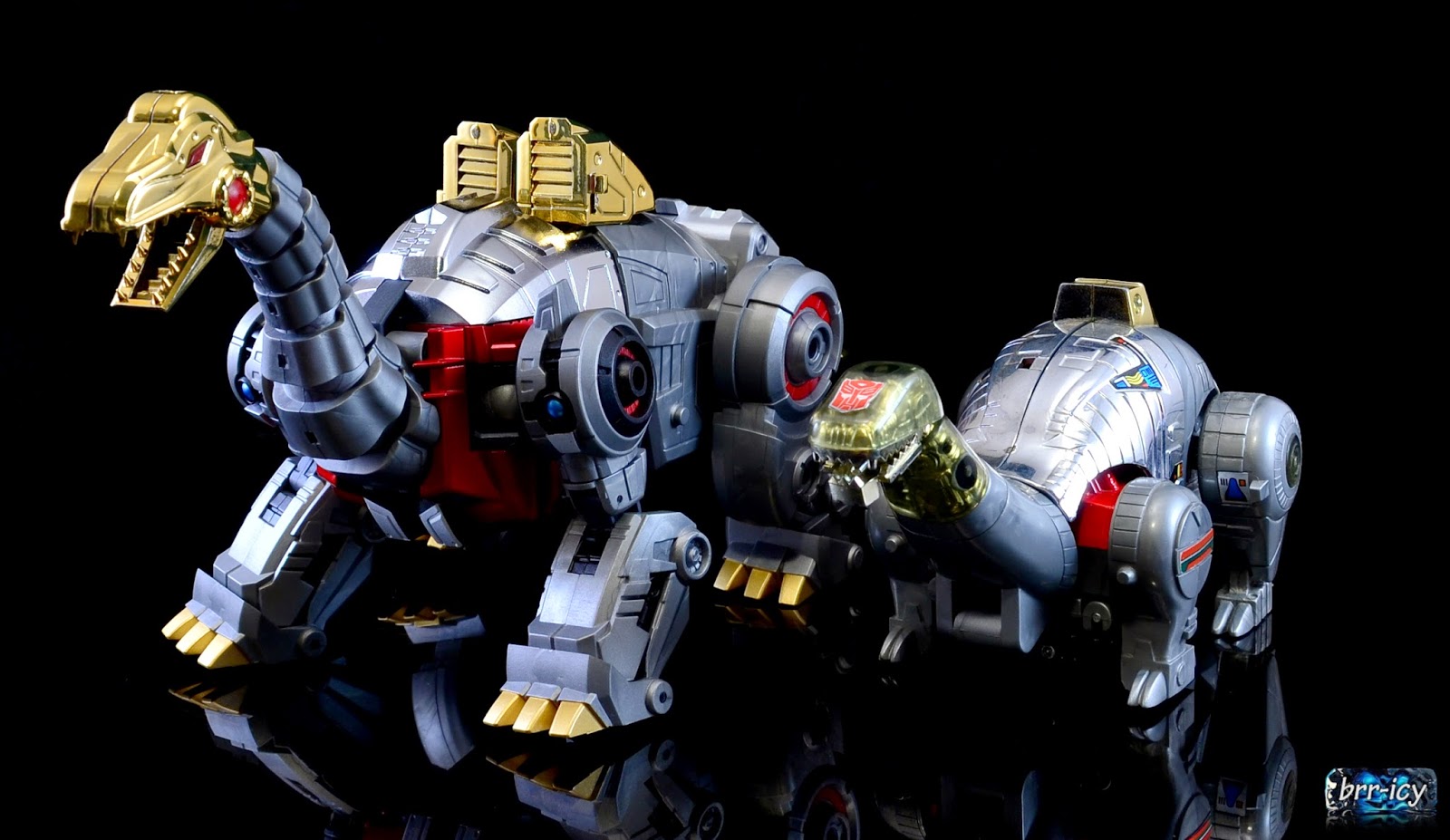 First up, the surprise figure at TFcon this year, FP Columpio, I bought the Diaclone homage version, just for the chrome, something about Dinobots and chrome... The alt mode for Columpio is very articulate, with six joints in the neck alone.

In bot mode, Columpio's wings are much smaller than the G1's, but in the process he loses his iconic "bat-like" wing silhouette. There are some issues with the hands holding the weapons on Columpio, but it can be done. I am really impressed with Columpio, and am looking forward to their iteration of Slag. 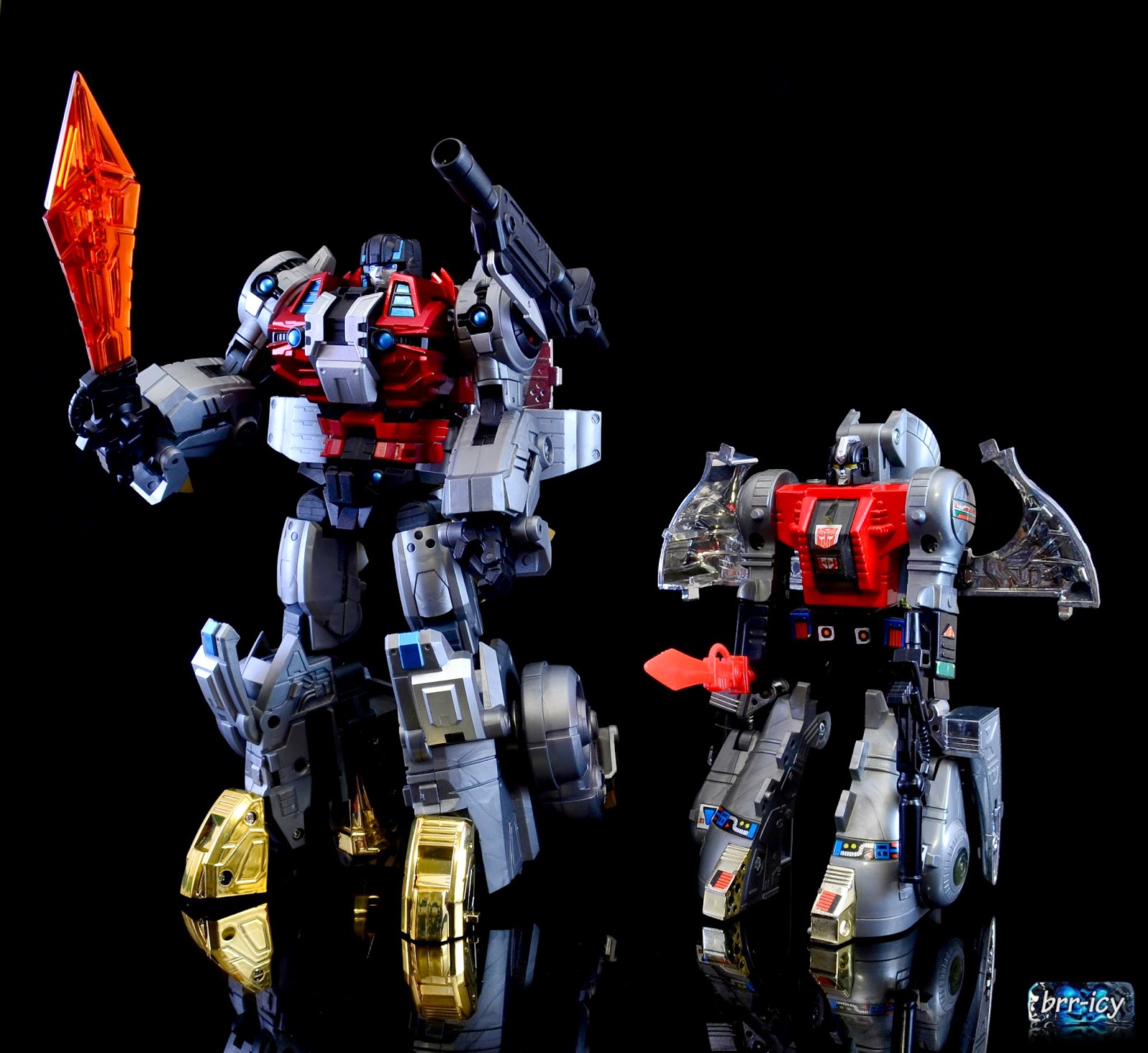 The next one on the plate today is Alt Overdrive (labeled as Windcharger for some reason) I refuse to accept him as Windcharger. In car mode, both are very well done. While the Alt has opening doors, hood, and trunk, the original has a flying car mode. 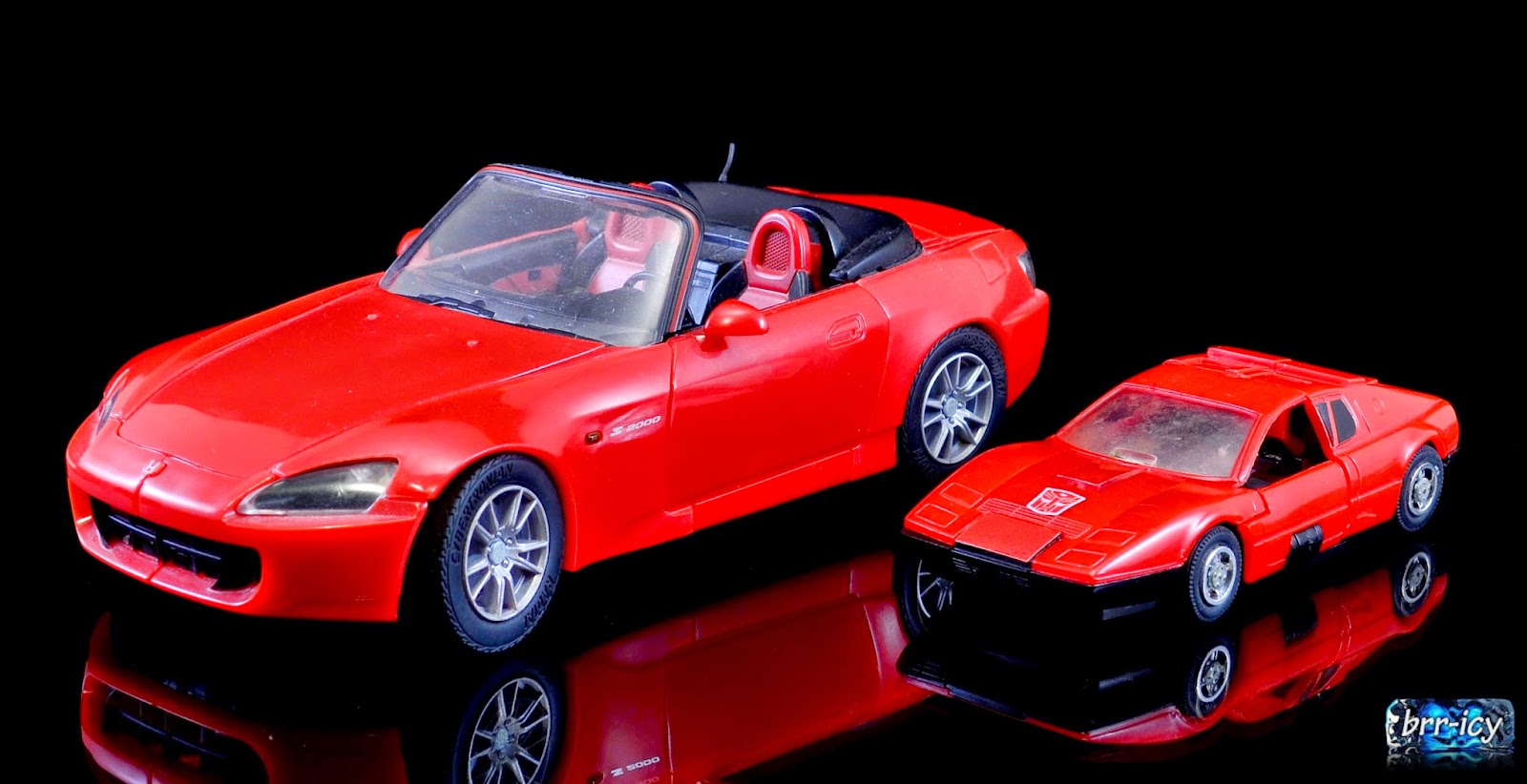 When I got my Overdrive he had a repro barrel already installed. The bot modes are nice on both. 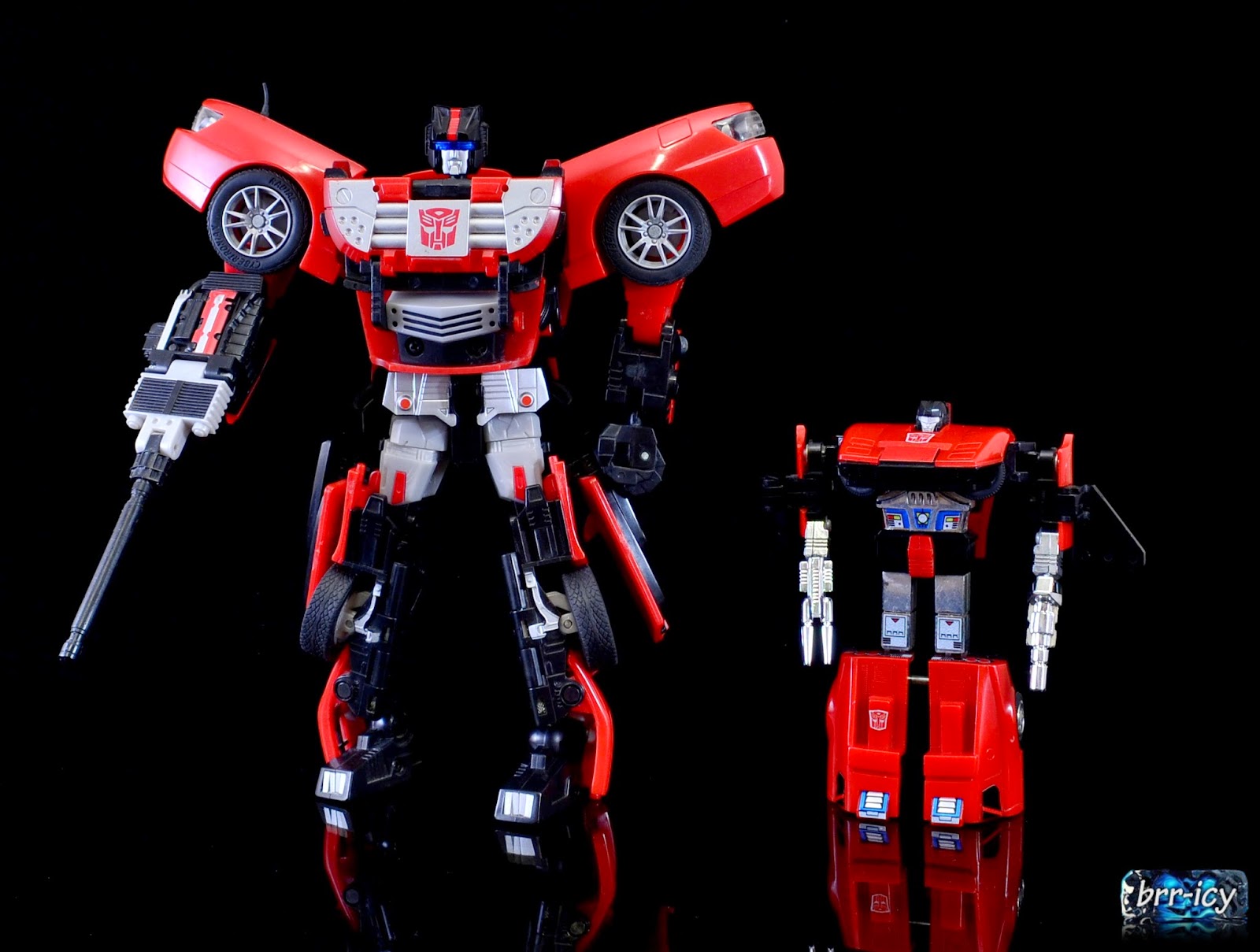 Recently, Reprolabels did a free set of labels for the Prime Beast Hunters Dark Steel figure, the result was stunning. Renderform then followed up afterwards with a head and gun combo, The gun can form a decent tail for the dragon mode, 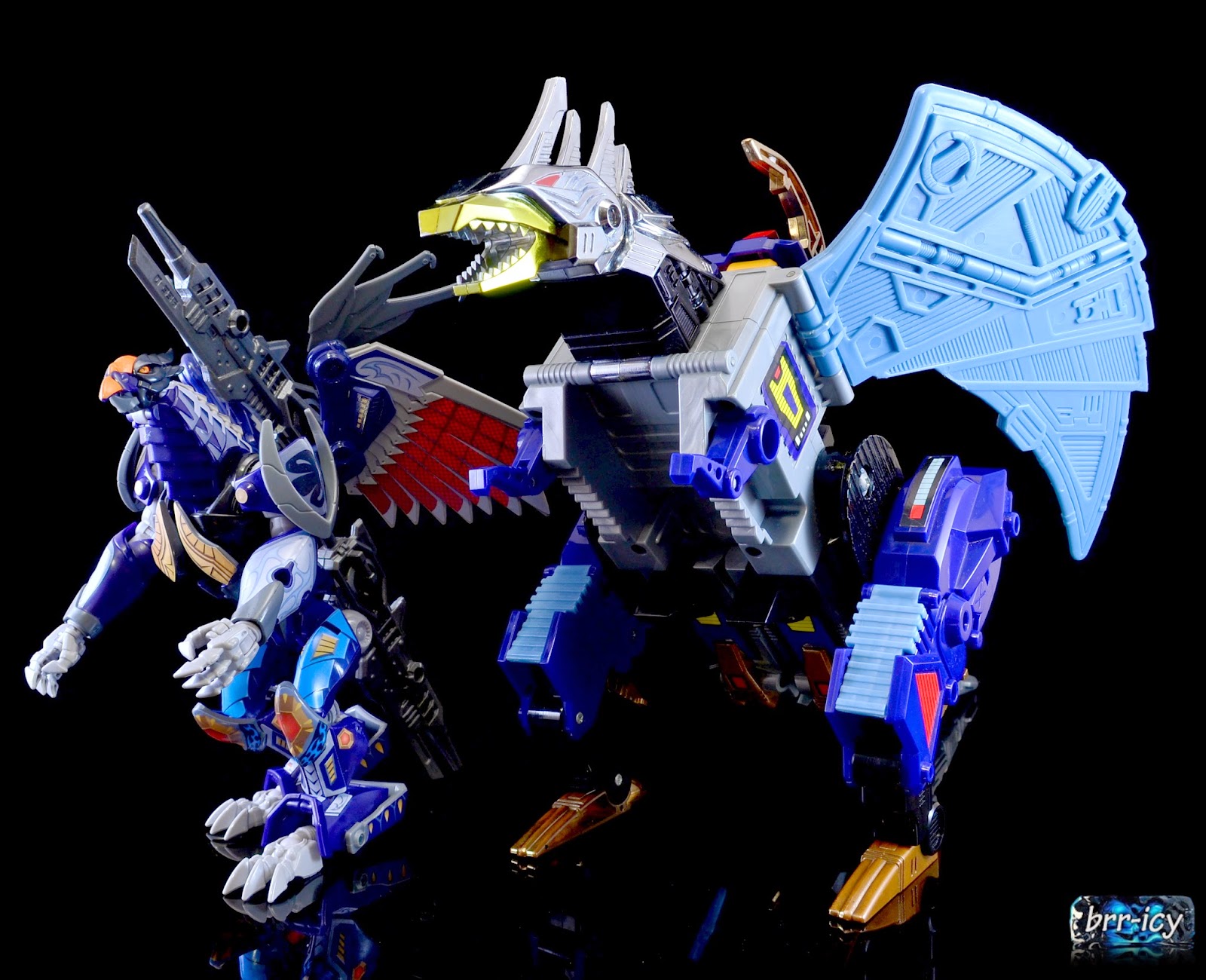 In bot mode, the BH figure bears a decent resemblance even without the Reprolabels set, but it does help. I need to get one of the shields that people have been picking up for it someday. 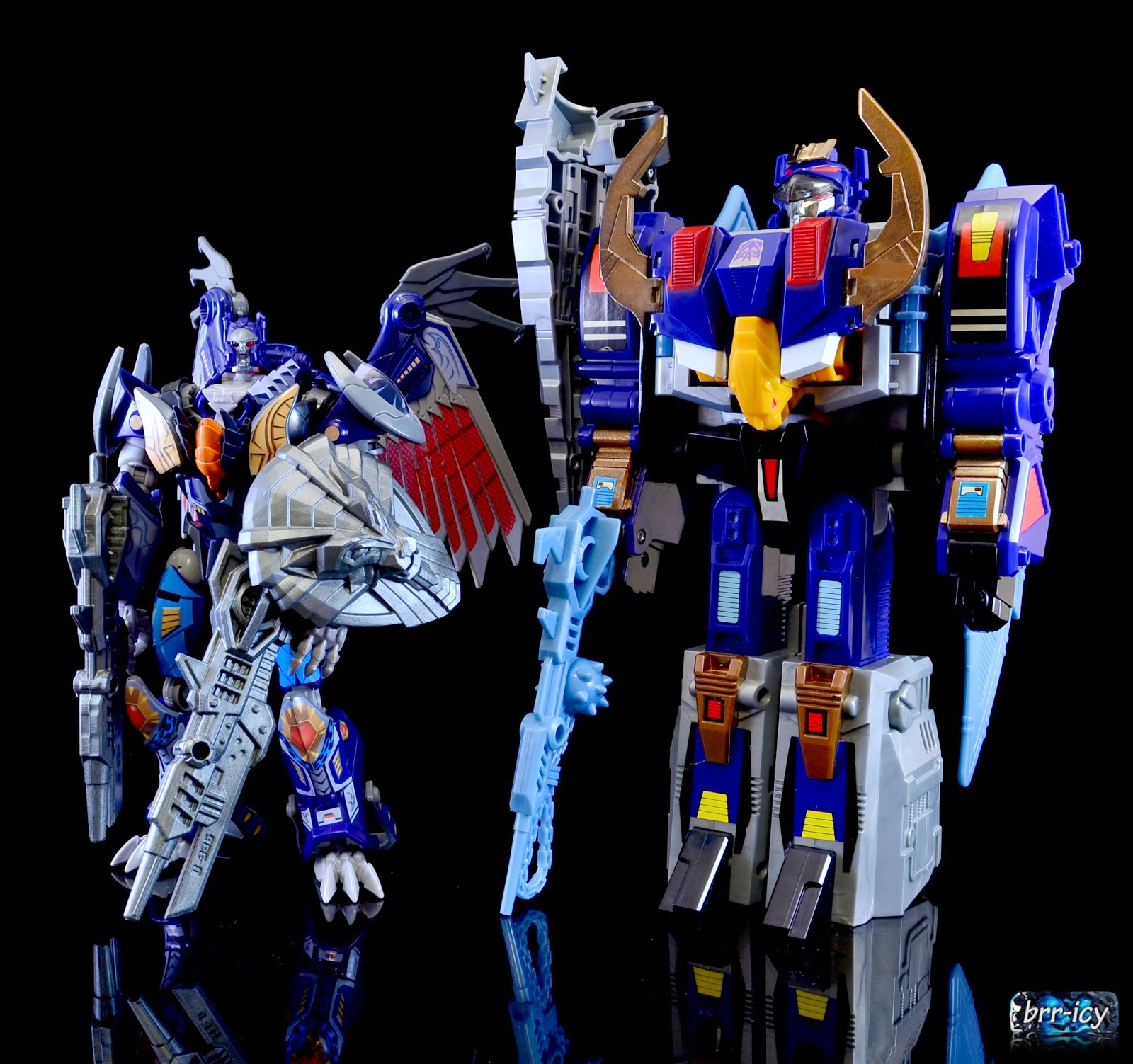 FP Flameblast was one of those almosts that come out of third party figures fairly often. I would have preferred a black shuttle or a homage to Phaser instead if the shuttle has to be white. Fireshot was the front half of the plane in this Micromaster combiner set.

In bot mode, the homage is much better, with the purple and pink and black in the right places, it's only the white that is out of place. I really like the way the tail fin makes a sword and that they added jump pack accessories that house a pair of pistols for him. 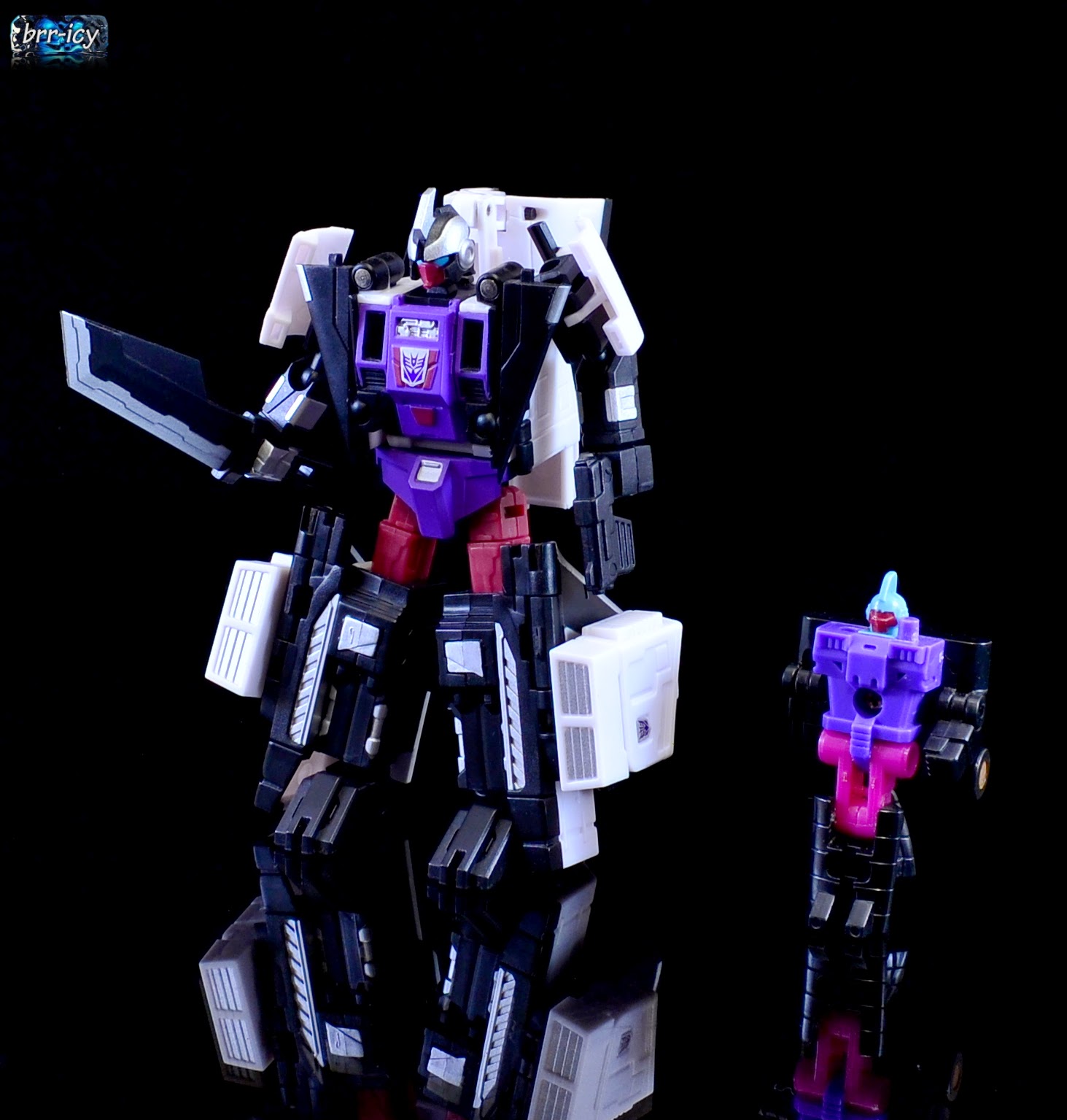 Lastly a "downgrade." I really wanted a G1 version of Drift for my shelves, so I set out to make one from the Boss mold. I fabricated him a new hood piece and swapped out the head with Botcon 2006's Tigatron/Cheetor's. The result was one I was more than happy with. Unfortunately due to the paint I'm scared to transform him, so you only get a bot mode shot of them together. 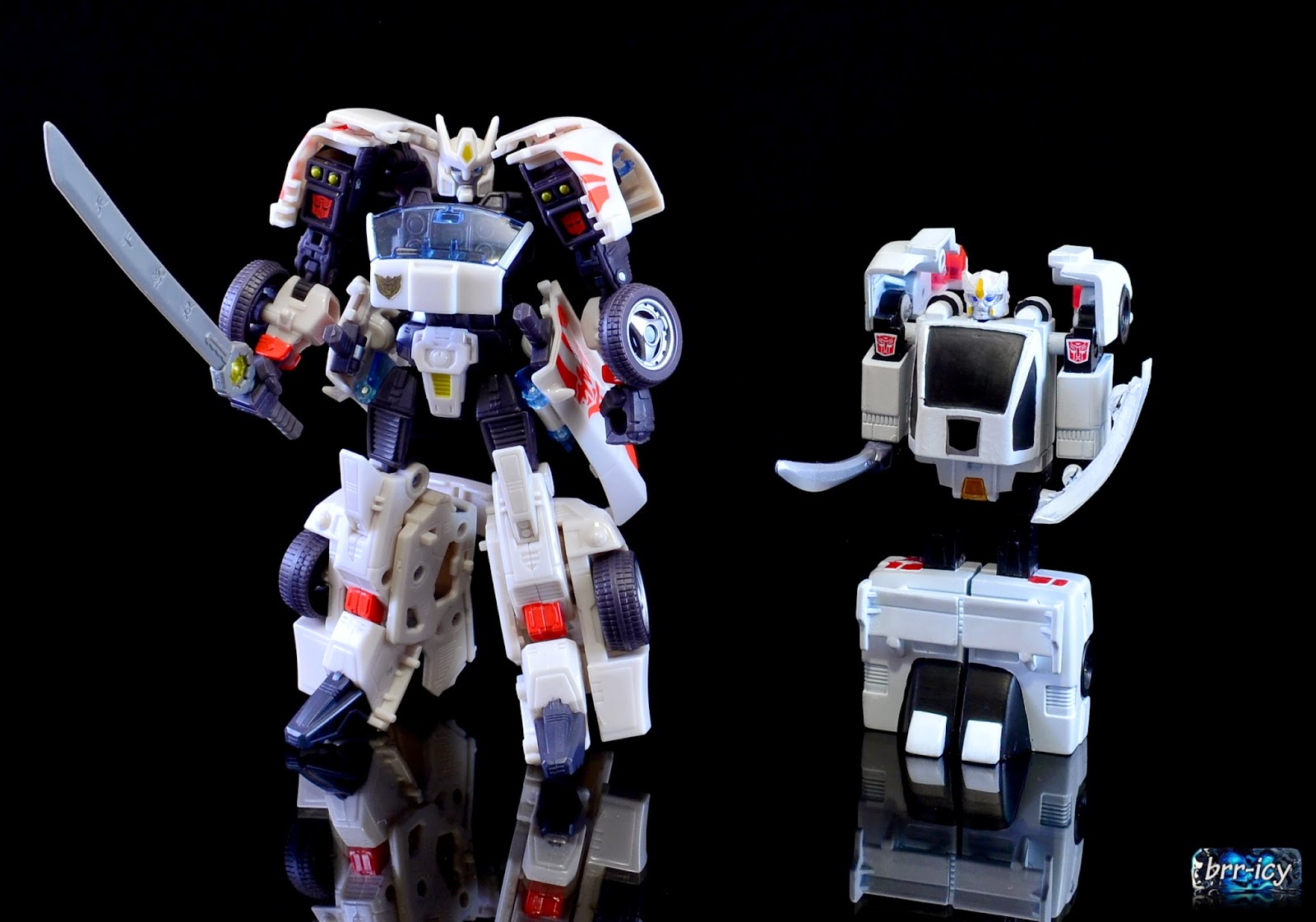 This is the only pic I have of the Alt mode, it has been touched up around the windows and intakes since, but you get the idea.