I really wanted to get the new Leader Jetfire done in one of these. The jet mode is pretty accurate to the G1 figure, other than some smoothing and a more modern shape to the jet. I thought about doing both modes un armored as well, but decided against it. There's different features on both of the figures, the G1 has flip out, very painful, spring loaded landing gear and the turrets on the bottom are completely poseable. The Generations figure's rear landing gear are stationary, and the cockpit can open.

In bot mode, the Generations version evokes Skyfire a little more than the G1 was meant to, Both have removable red armor, and The generations also has a removable faceplate. I think the Generations figure is one of the best Hasbro releases in a while. 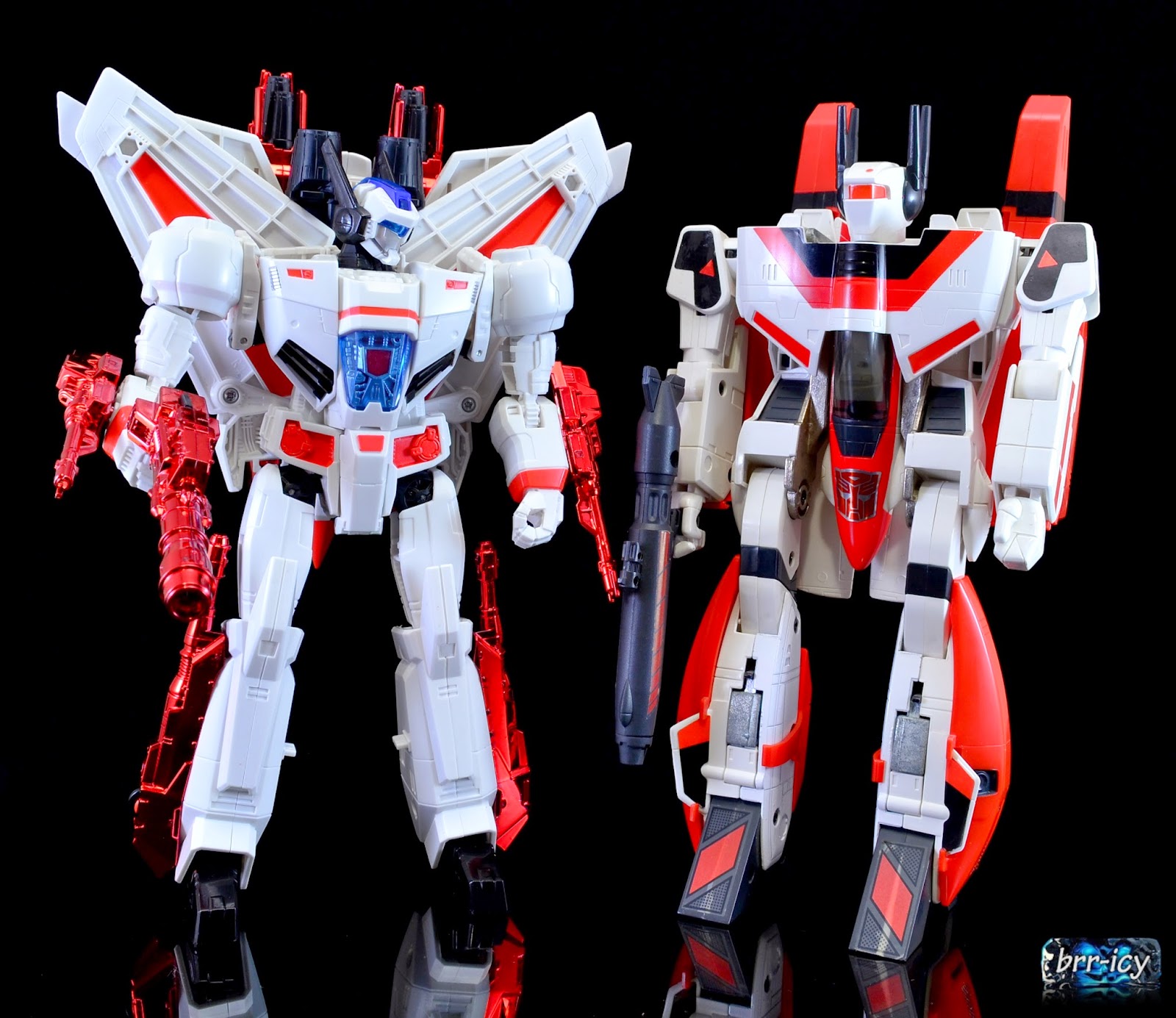 iGear Hench was one of those figures that grew on me. Now it's proudly displayed with my MPs for being so accurate in bot mode and alt mode.

The improvement to the bot mode is phenomenal, Brawn is one of my least favorite G1 figures, it's like they didn't really try to get a decent bot mode out of him. 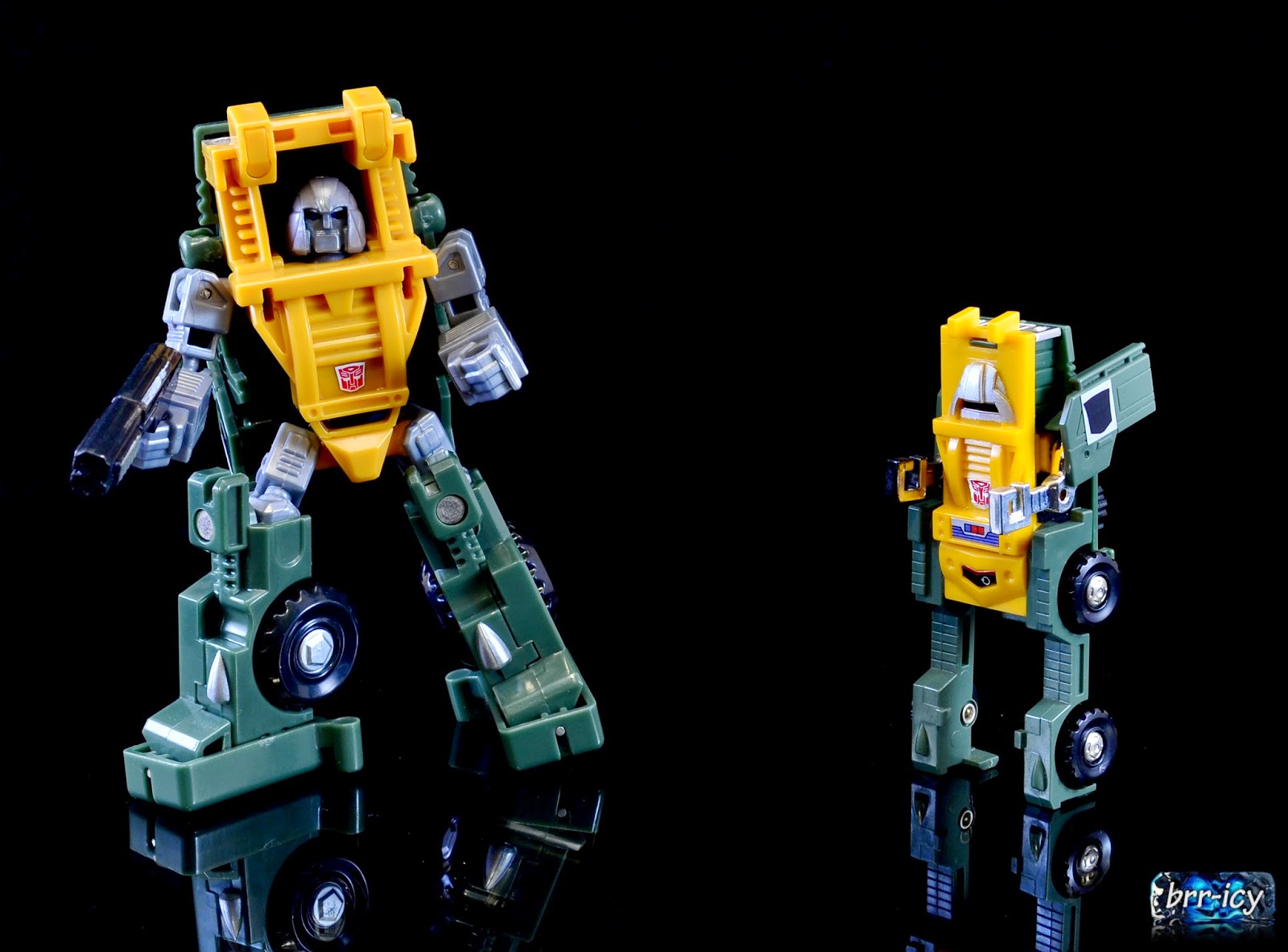 Now by special request, the TFsource Fansproject Armored Battalion. Starting with Barrage, The one thing that kind of confused me was that they came with the parts to make the regular insects accurate, but not in the right colours, I would have liked a "holiday special" or something for the regular ones in chrome to G1-ify them a bit better, although the ninja theme doesn't really bother me that much at all.

Barrage uses the Bombshell mold, which is a decent fit for him. 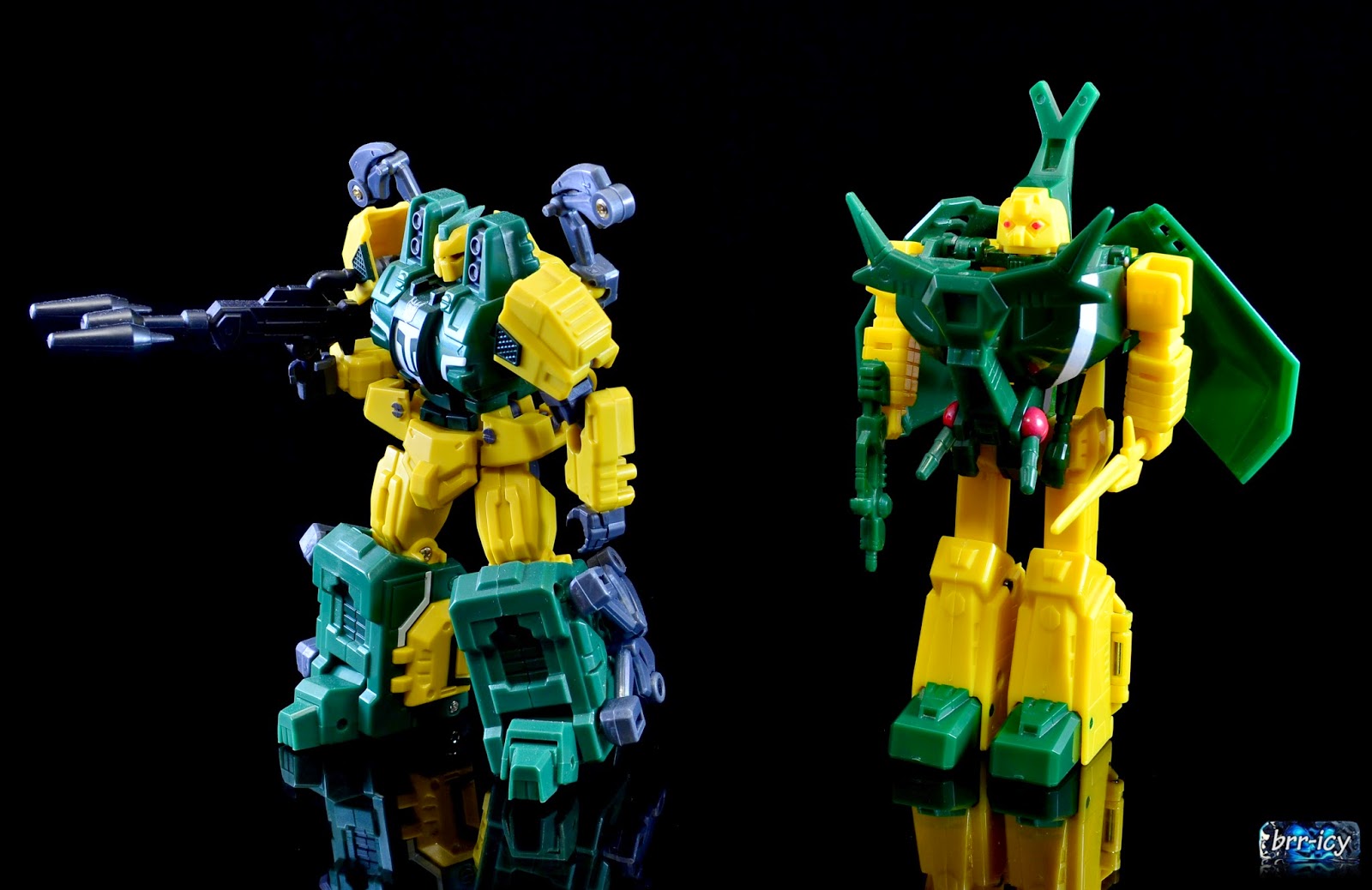 Chopshop uses the Shrapnel mold, I have been debating giving him the blades from Shrapnel since I got a cast of the pincers in grey for Shrapnel anyways. 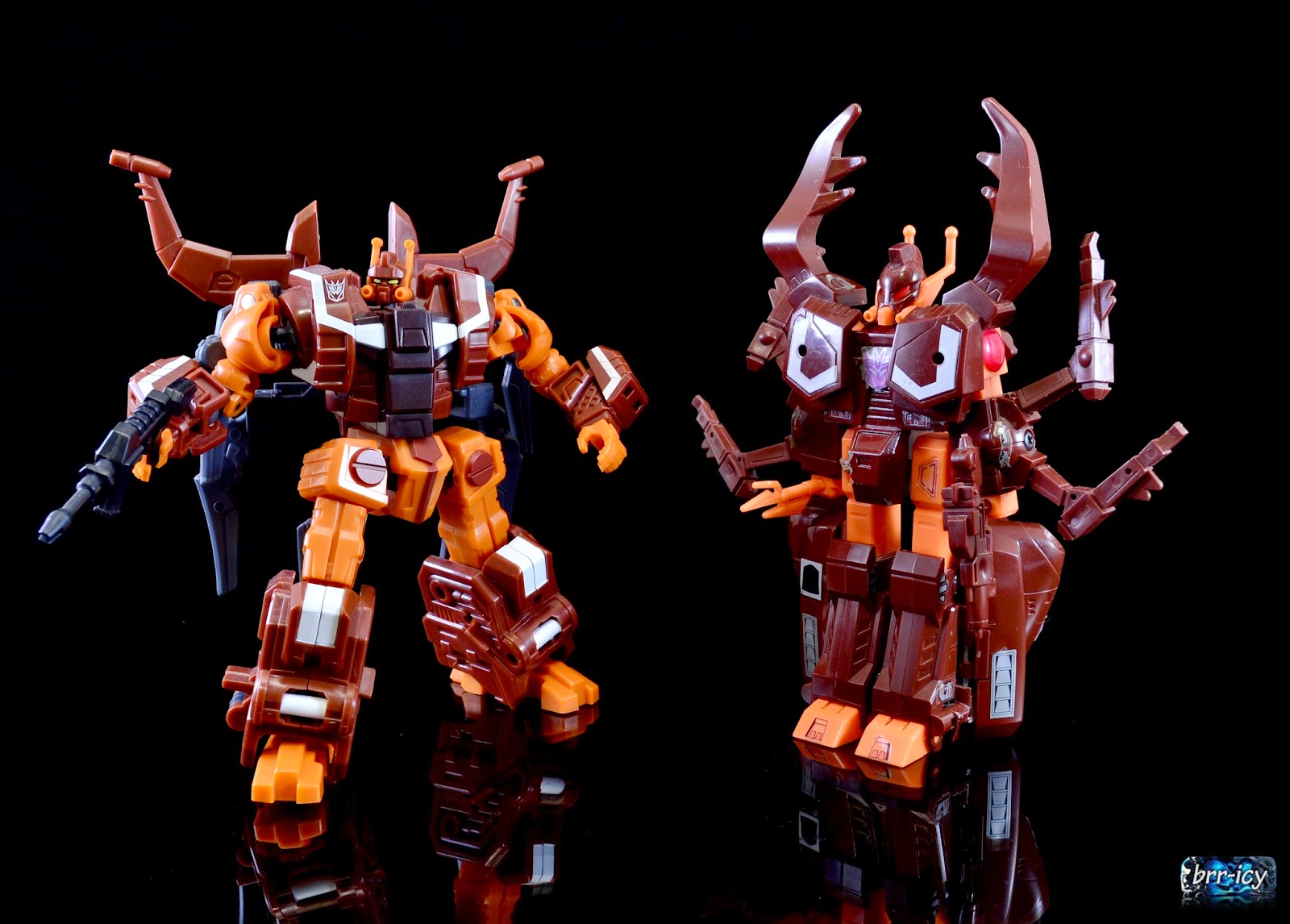 Lastly Ransack, my personal favorite of both sets, possibly since he was the only deluxe insect I owned as a kid.

I love the headsculpts they did for this set, all three look amazing. I just wish they had given us a Venom to complete them. 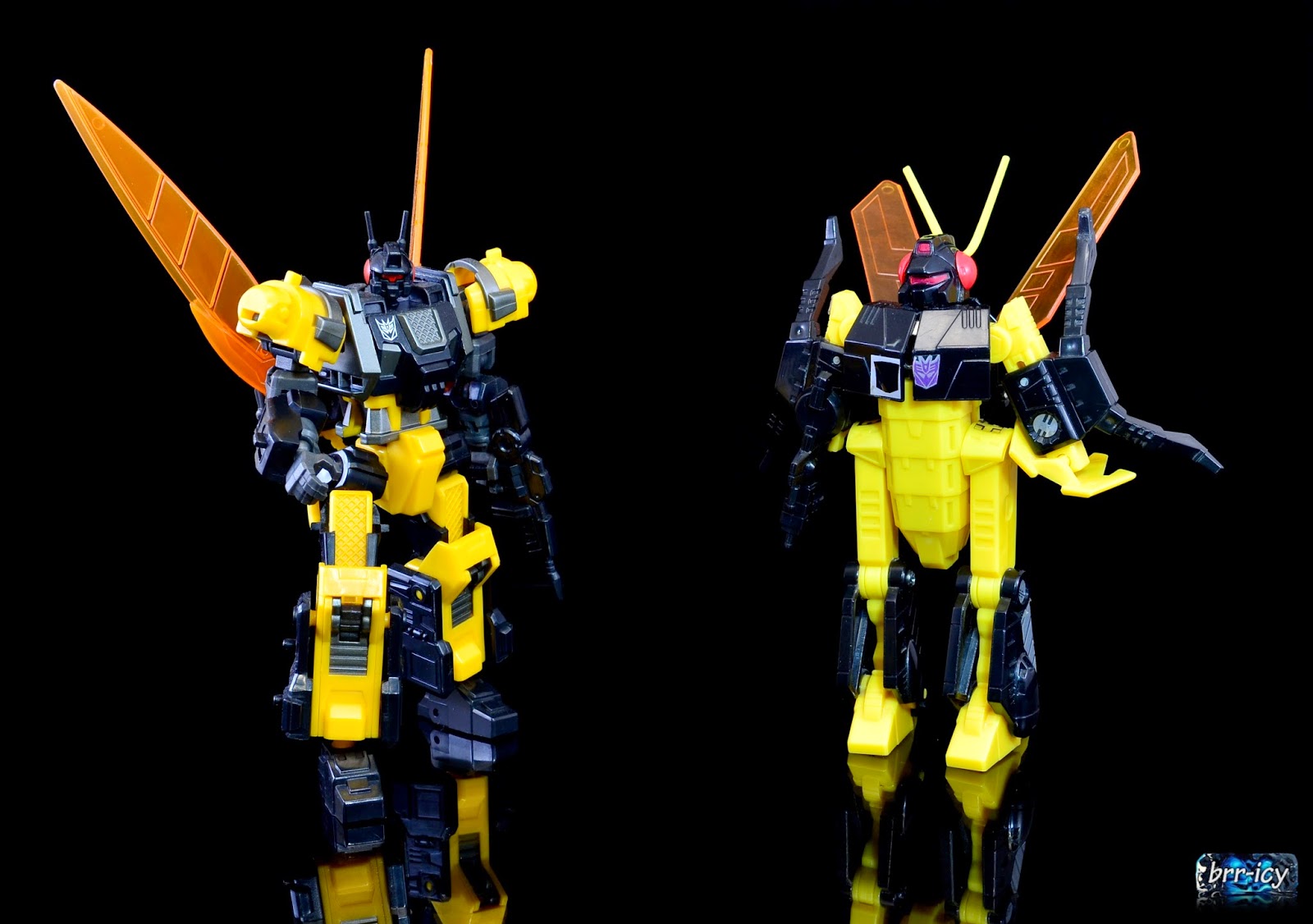