Blaster and the 1986 Cassettes 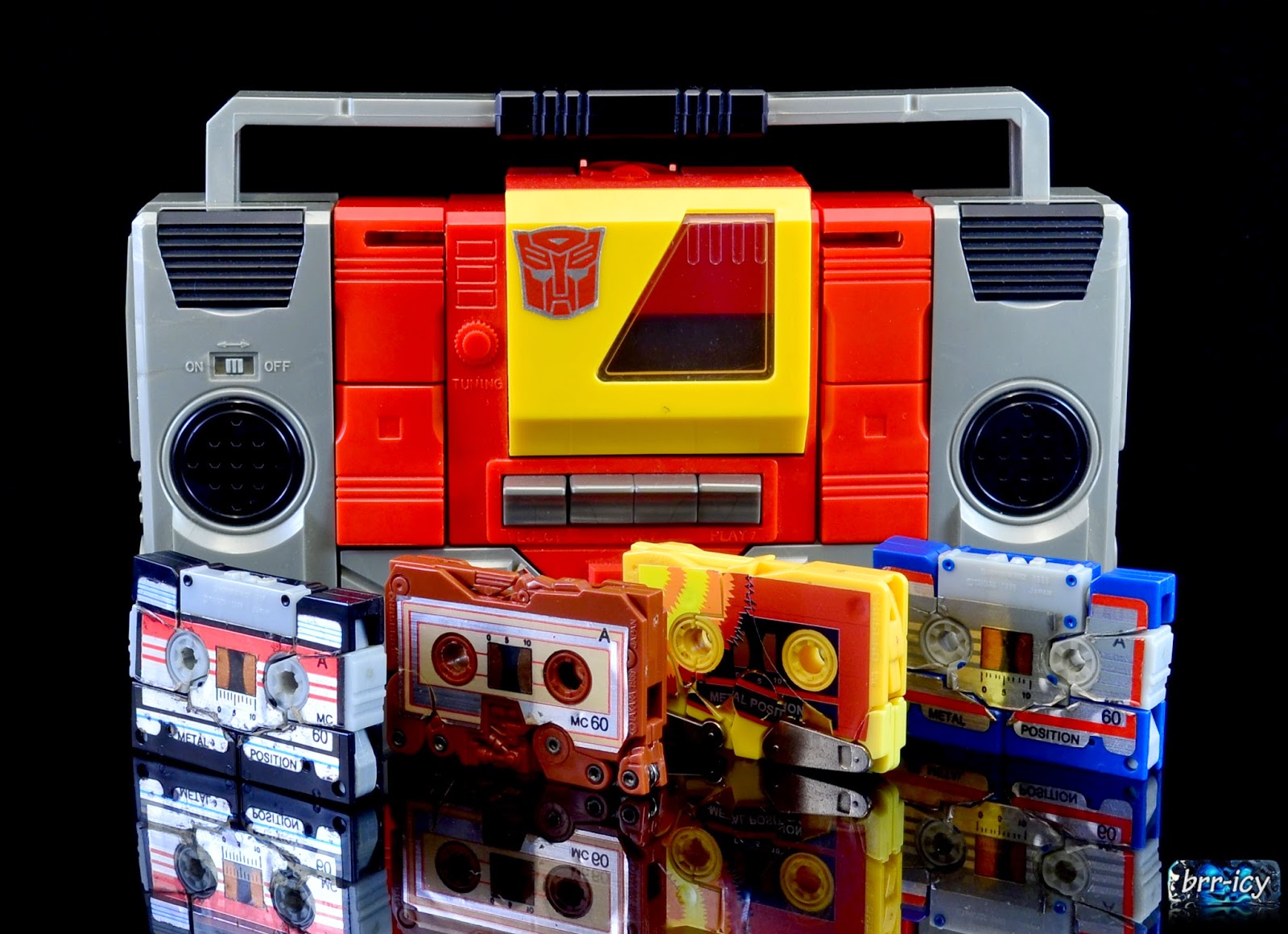 Following after the last post, I thought it would be nice to do the Autobot counterparts.

Blaster was the Autobot cassette player, Like Soundwave, he could hold one of his minions inside his chest. He also can press down the play button on the front of the boombox mode. 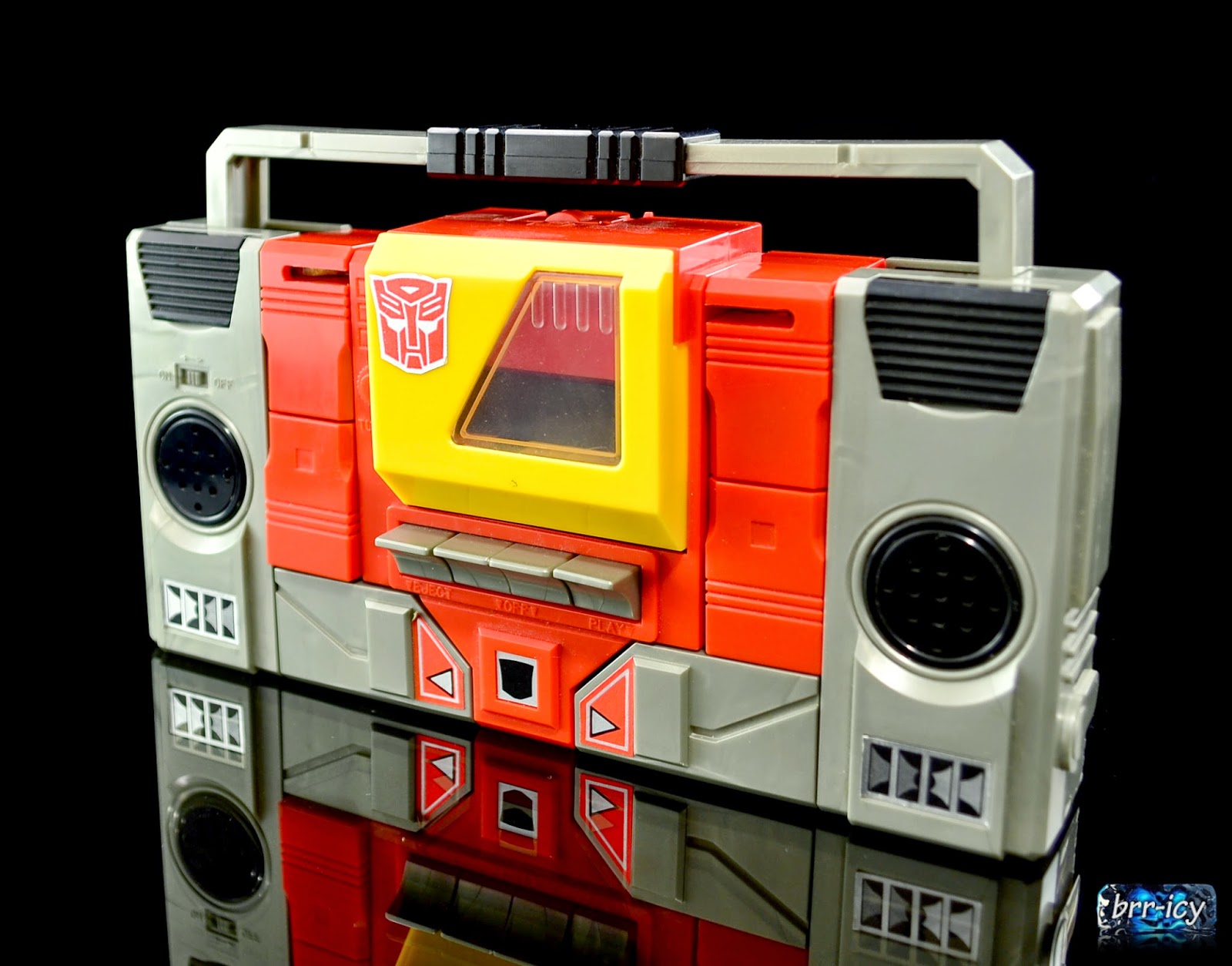 He has a similar, but not the same transformation as Soundwave, making some people want a remold of the MP Soundwave for their Masterpiece shelf. Personally, I'd bite on an all new mold, but not on a remold. He is quite a bit taller than Soundwave, making it an uneven match with the toys. 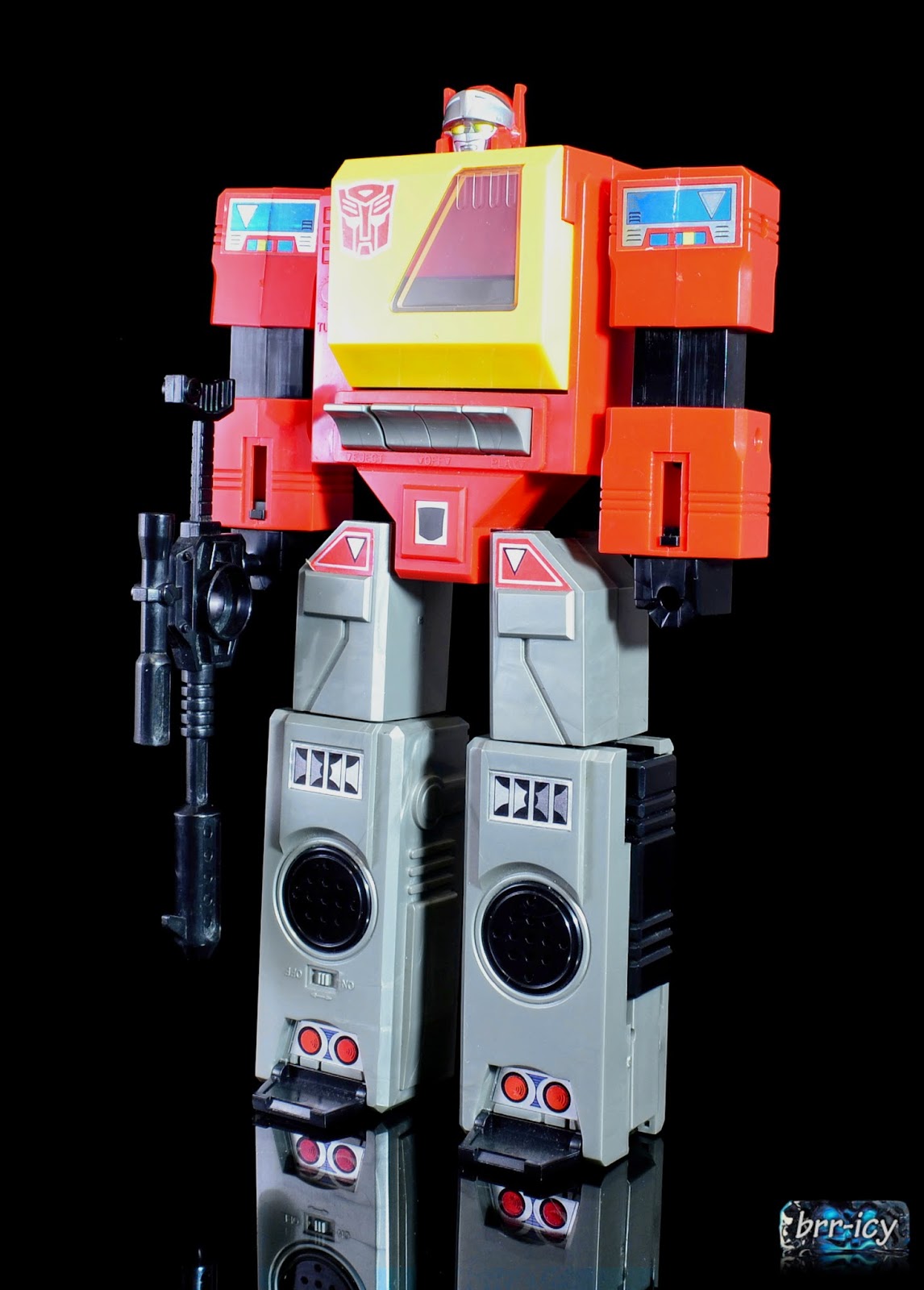 He is one of the few domestic releases that I have that is truly MIB, all papers, all parts, insert, etc. 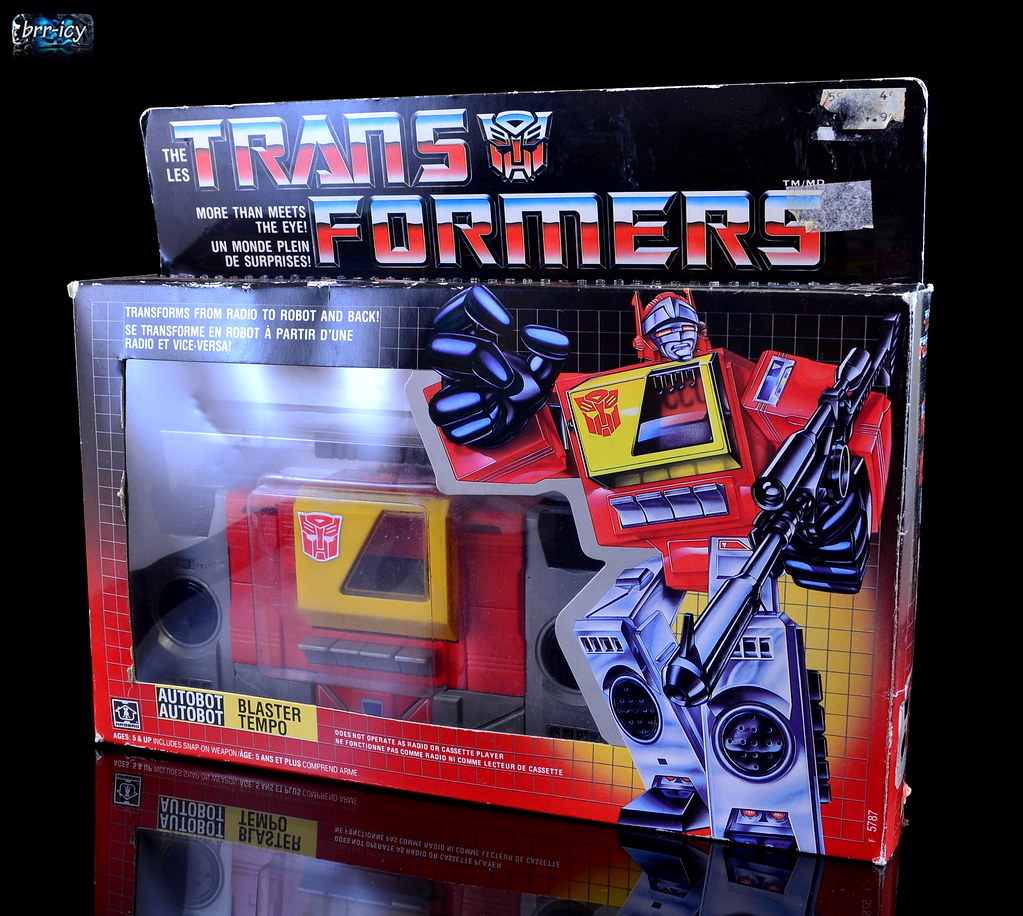 While Blaster was released in 1985, he didn't get his first cassette until 1986 during the movie when his first four were revealed. First up is Steeljaw, who turns into a robotic lion. 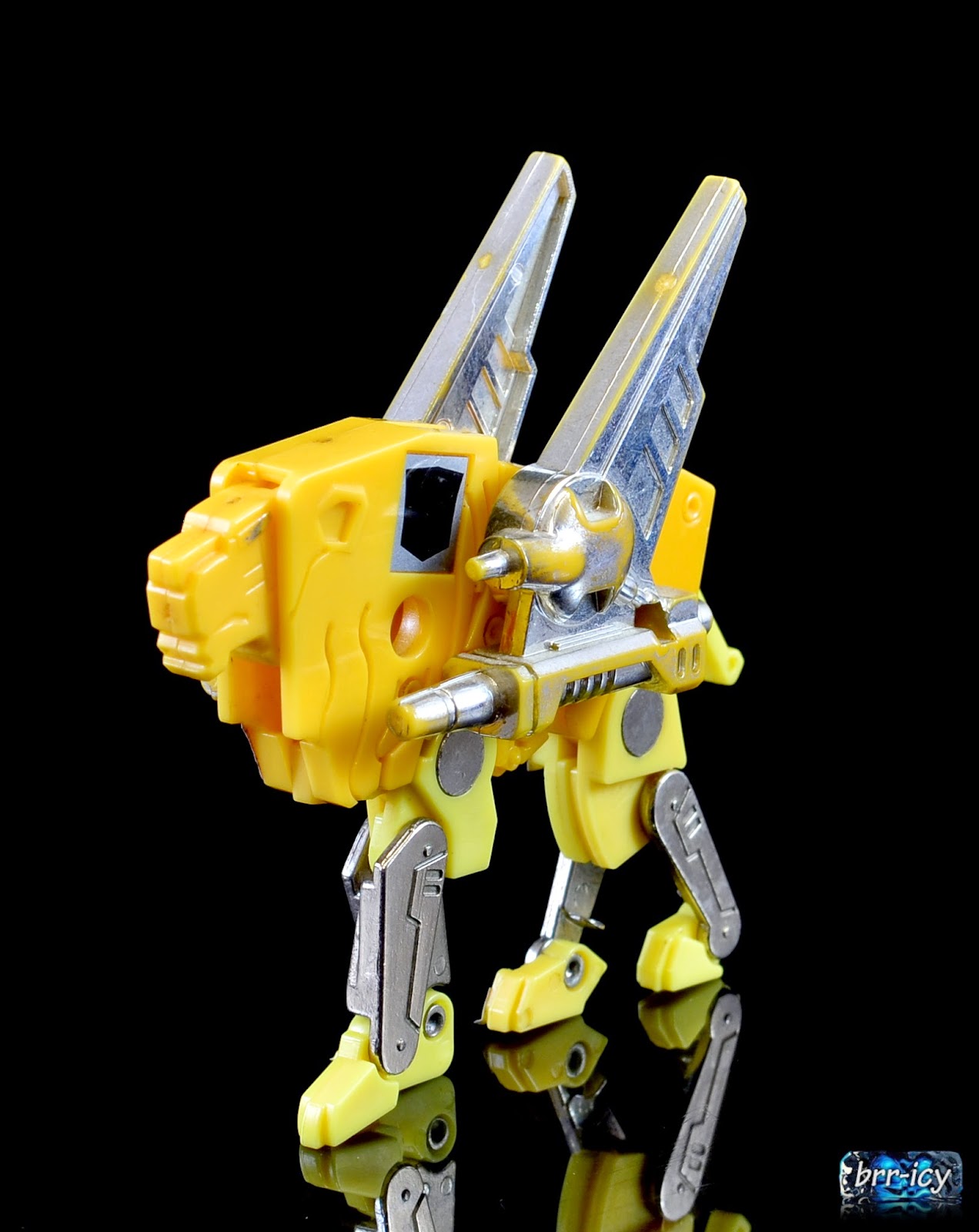 His cassette mode is pretty detailed, I often have wondered if the "sunburst" pattern was meant to be his mane and the image was flipped. 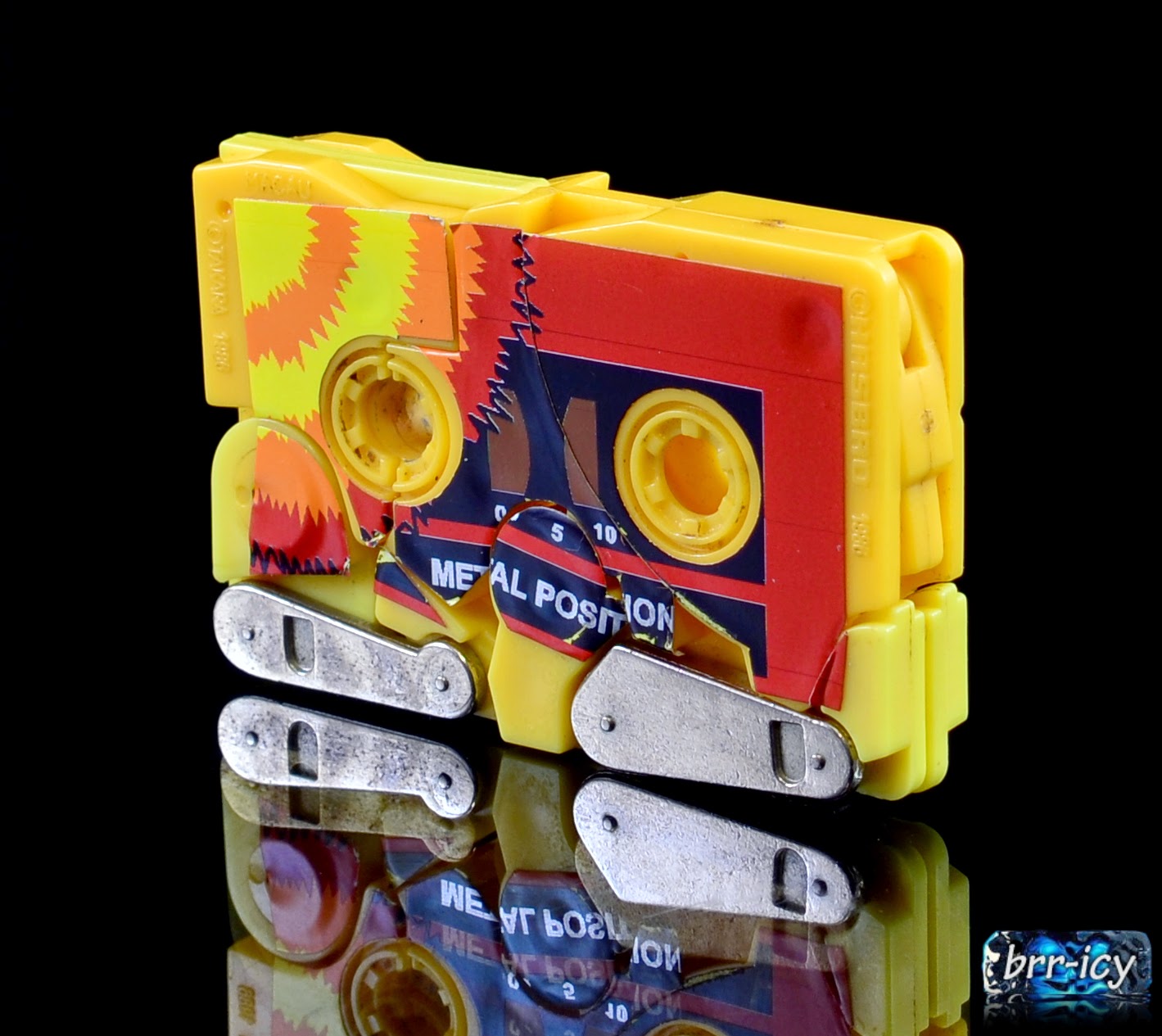 His second animal tape was Ramhorn who turned into a robotic rhinoceros. Him and Steeljaw are very articulate, with triple joints in their legs and tail articulation. 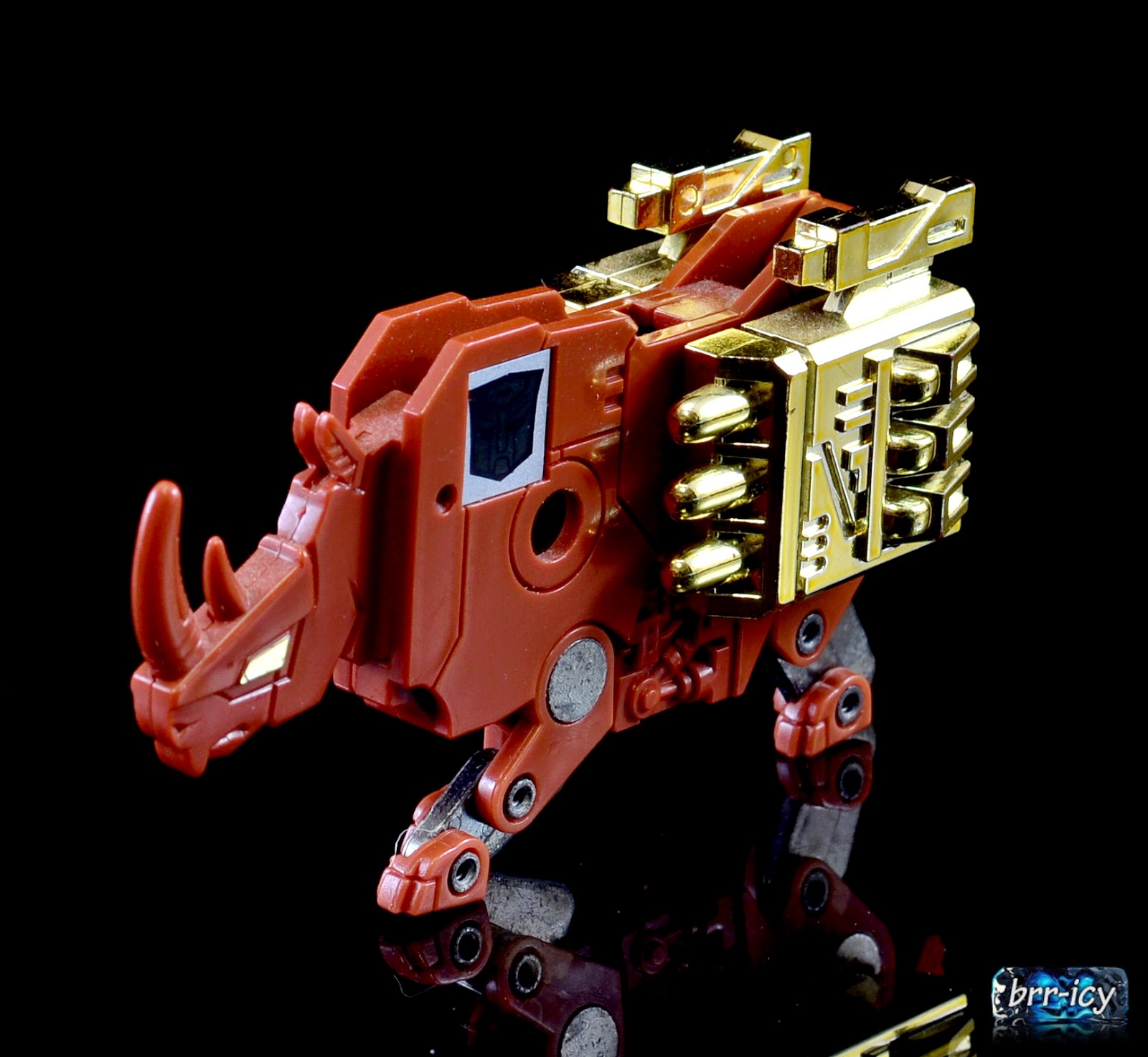 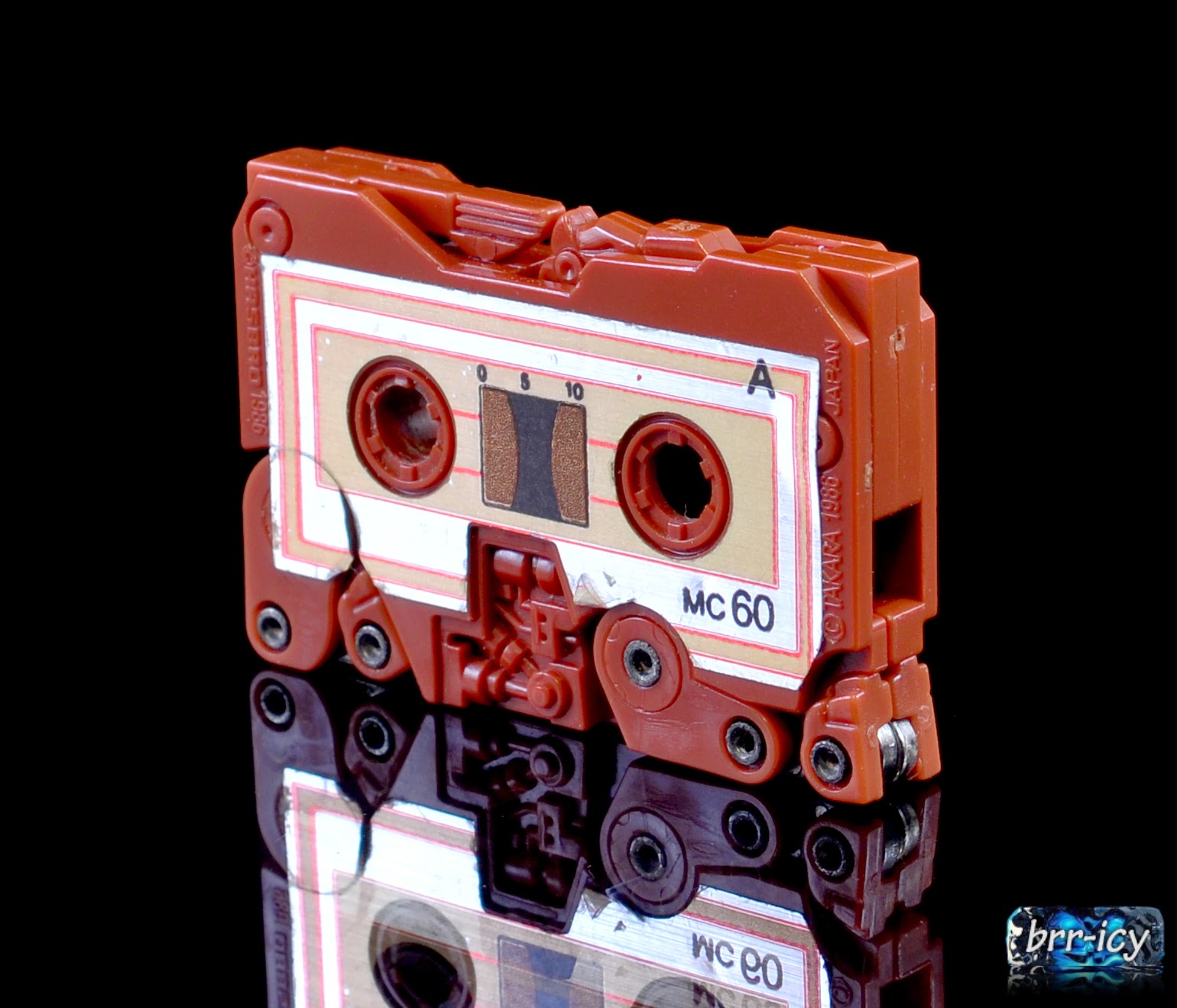 He also has two regular robots as minions, the first of which being Eject. I find Blaster's to be much better proportioned than Rumble and Frenzy, mostly due to the way the arms transform. 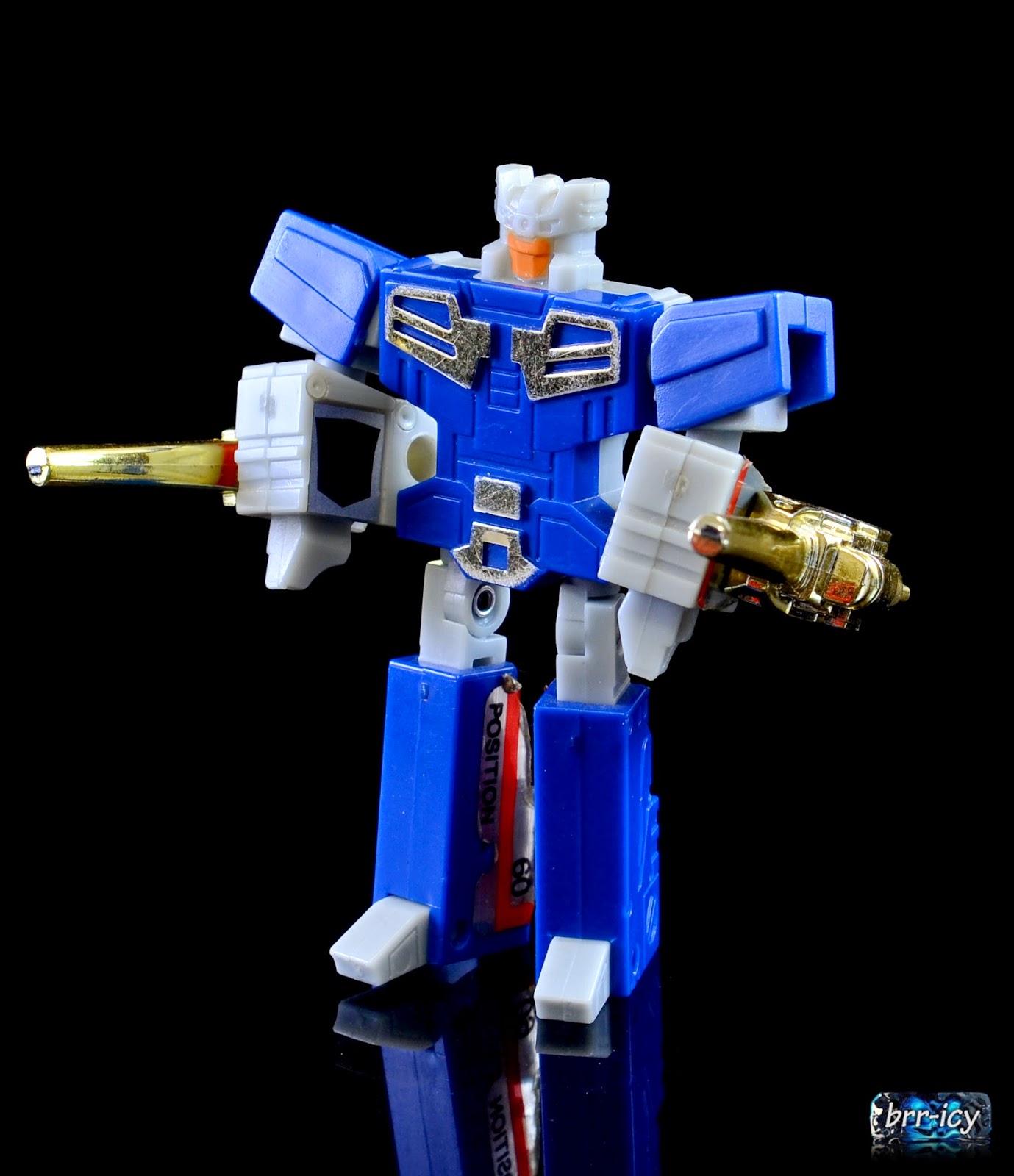 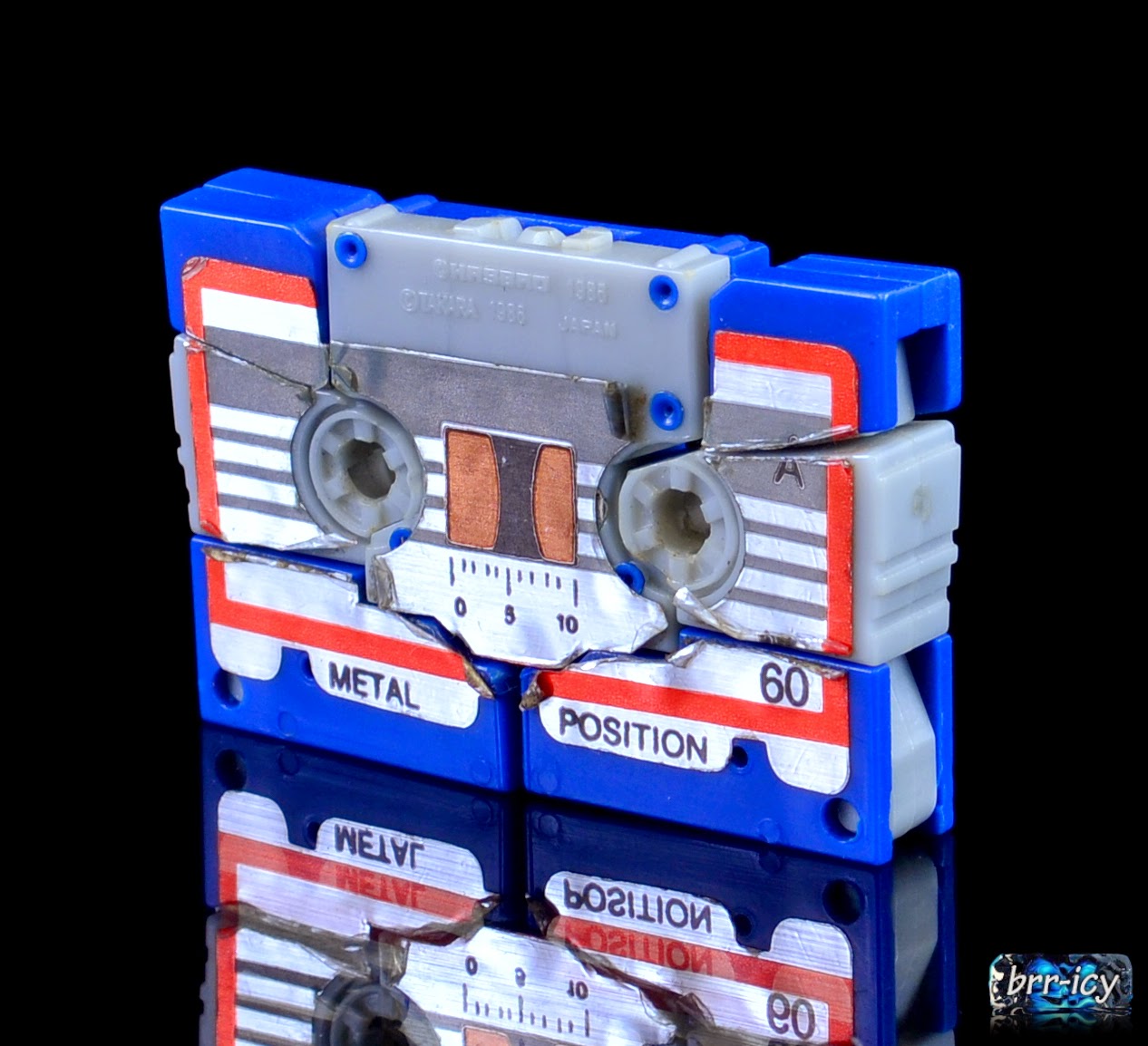 Lastly, Rewind, who has been made hugely popular lately due to the More Than Meets The Eye IDW series and his relationship with Chromedome in it. 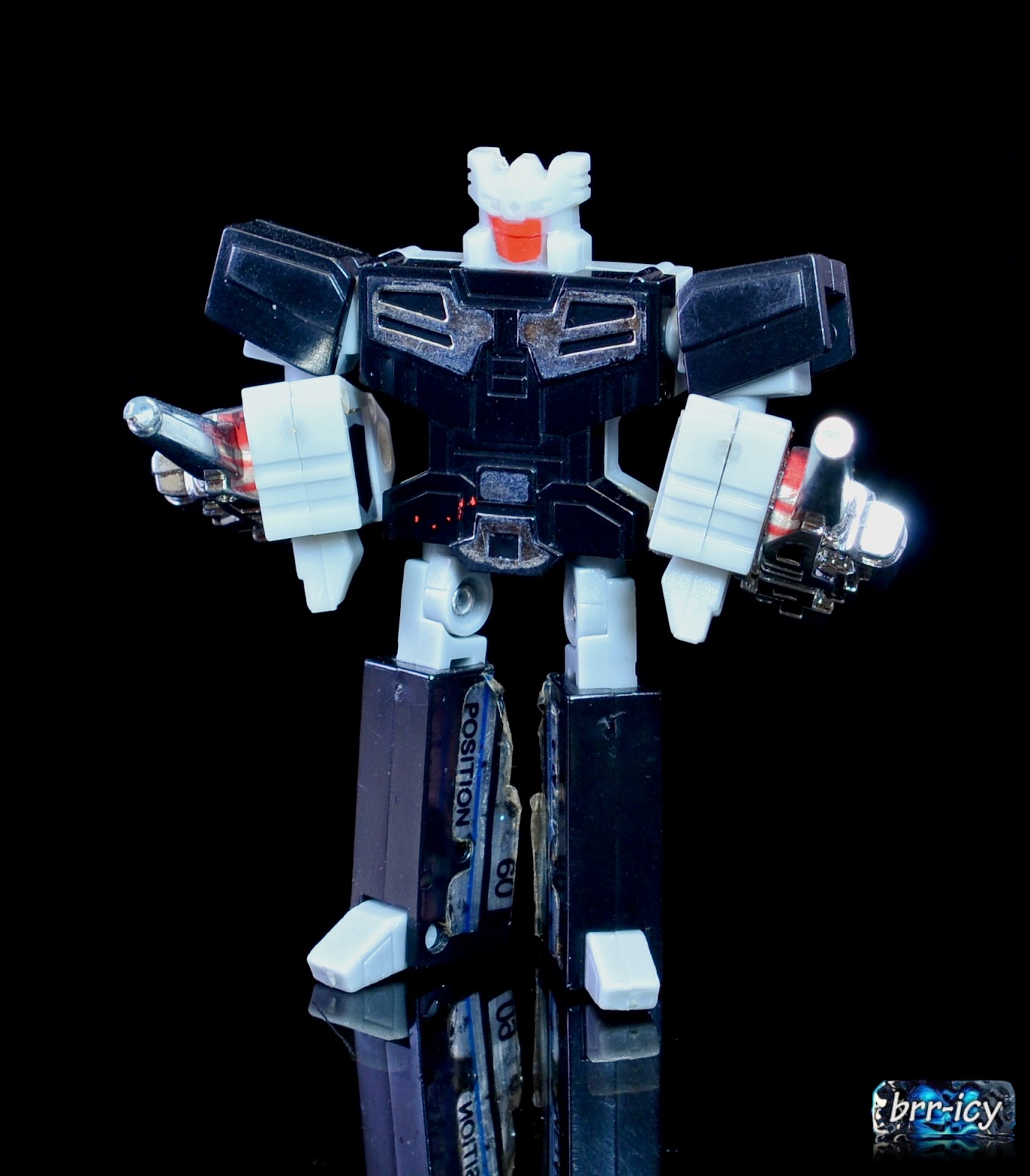 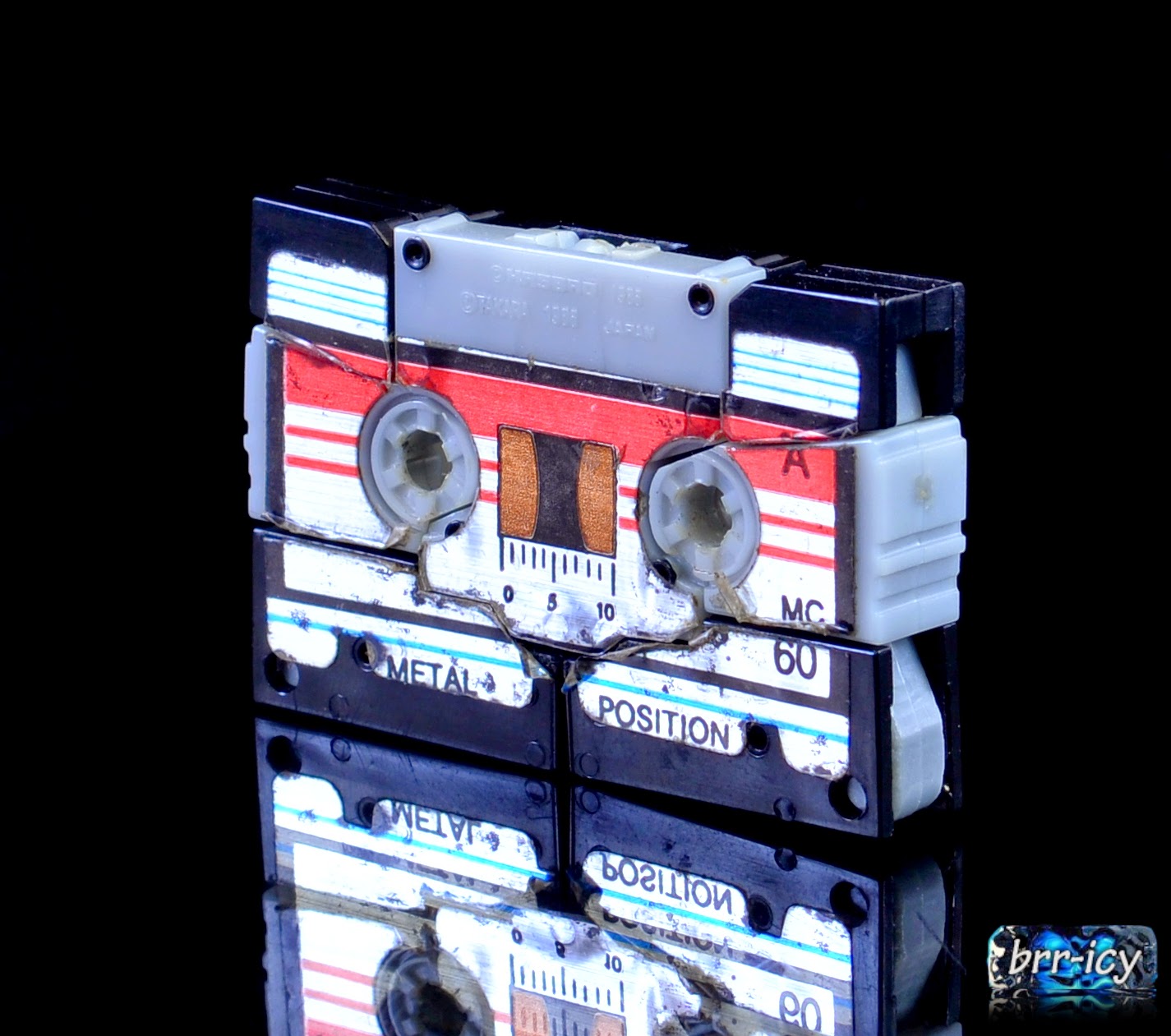 All in all this set made for a great Autobot counterpart to play with. I'll do the rest of the cassettes someday soon as well. Thinking a couple of these could use some new stickers lol. 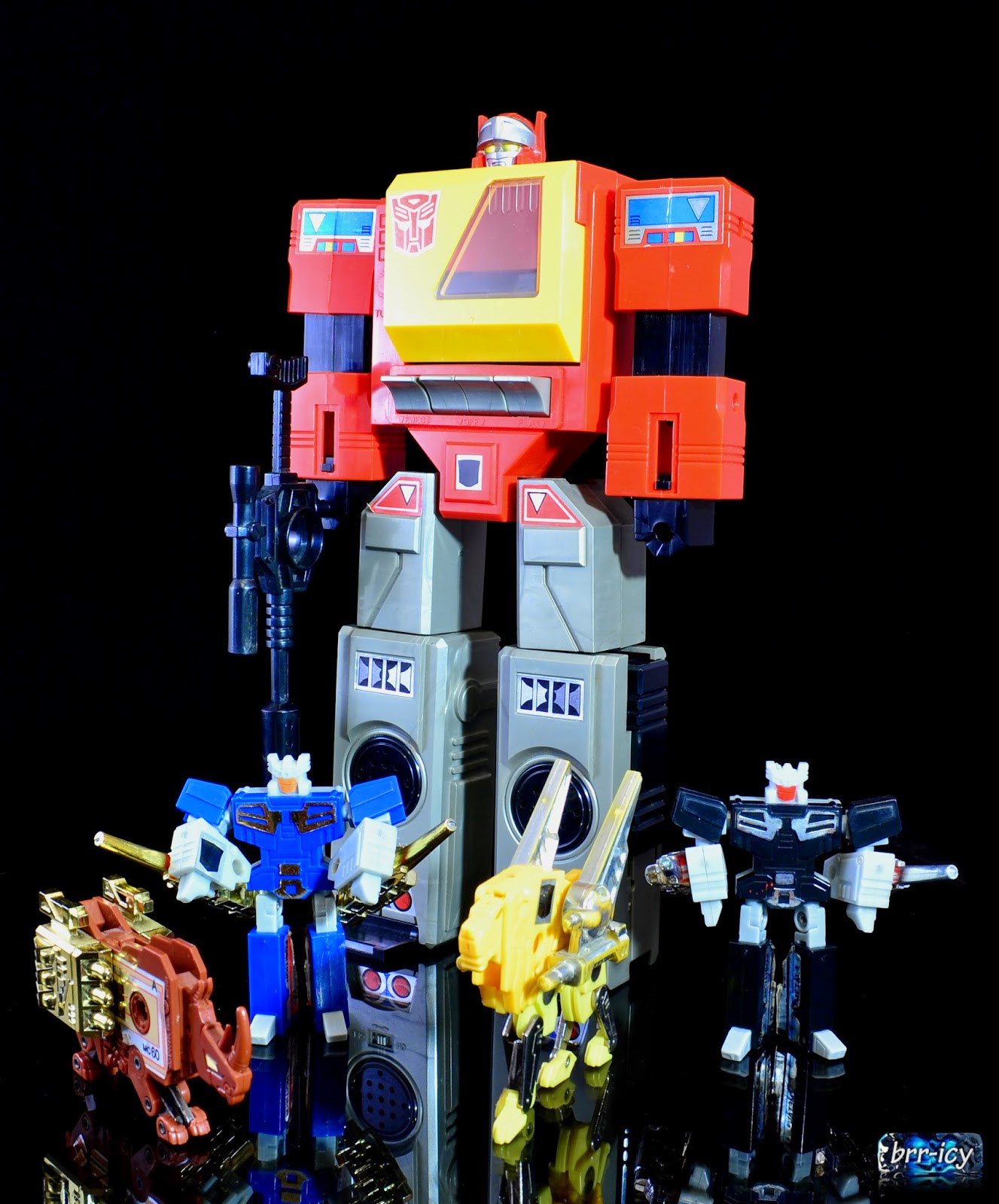