It's been a while since I did one of these, 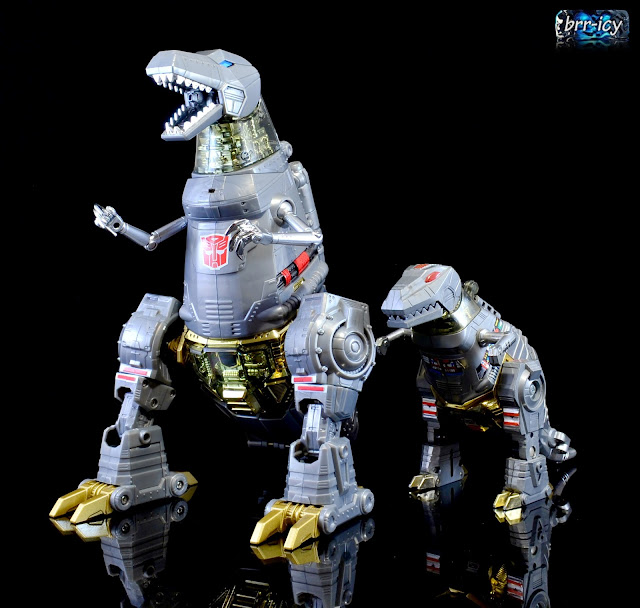 Starting off thise one with Masterpiece Grimlock, Some have hailed it as "G1 articulated" figure, The only thing I don't like is the shoulders being so massive, if they hadn't included the electronics in the arm, they could have been more in proportion to the figure. It has been hailed as one of the best figures to come out. My wife got me this for my birthday when it was released at TRU. 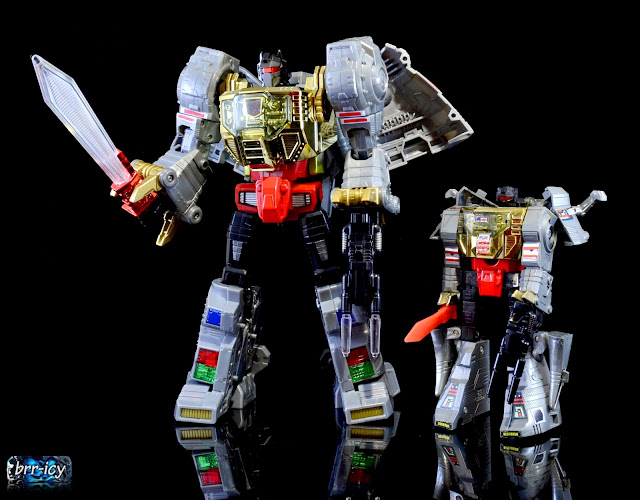 I got very lucky with this one from TFcon Chicago, I wasn't able to attend, but a friend of mine picked it up for me, apparently it was the last one on the table. Very happy to have him, Unfortunately I don't have the Diaclone version of G1 Slag, so the red one will have to do. 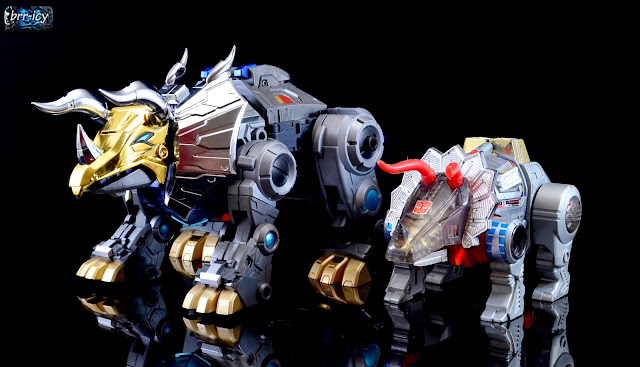 I love the gold and silver chrome on him, which is the main reason I wanted the con exclusives. In bot mode he is a little more updated than most, but still looks cool. I wish he had a launcher or a way to mount the extra gun on the shoulder. 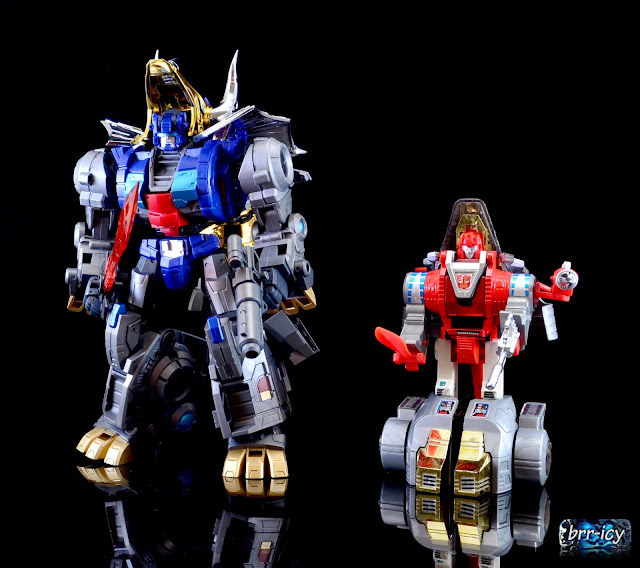 Tailgate received a new legends figure, closer to a scout class size. I like that they kept a Trans-Am alt mode. The flame job could have been left off it, but it's still great.

In bot mode he has a hugely different aesthetic, due to his IDW influence, Still cool though as I love the comics as well. His partner is an updated Micromaster, I'll get pics of it later. 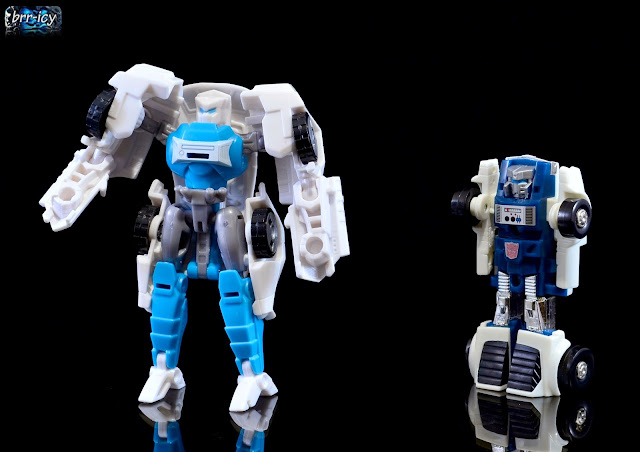