Another upgrades post today. This time the Autobot Triplechangers

Starting with Broadside, the only update this guy has had since G1 has been a third party one from Fansproject called Assaulter. I actually really like this update. The "carrier" mode is modeled after the Macross SDF-1. He even came with mini vehicles that I never took off the sprue, I was going to detail them, just never got around to it.

Next is the jet modes, The FP one is massive, and very heavy with the large panels of diecast. The original's jet mode leaves a lot to be desired, I would have preferred we got the prototype, it had a massively better jet mode.

In bot mode, the upgraded version goes from true brick, to massive and imposing, the guns are transformable between axe and gun. Assaulter also has a second bot mode to emulate the prototype with a flip up mask and rotatable cockpit section and legs. 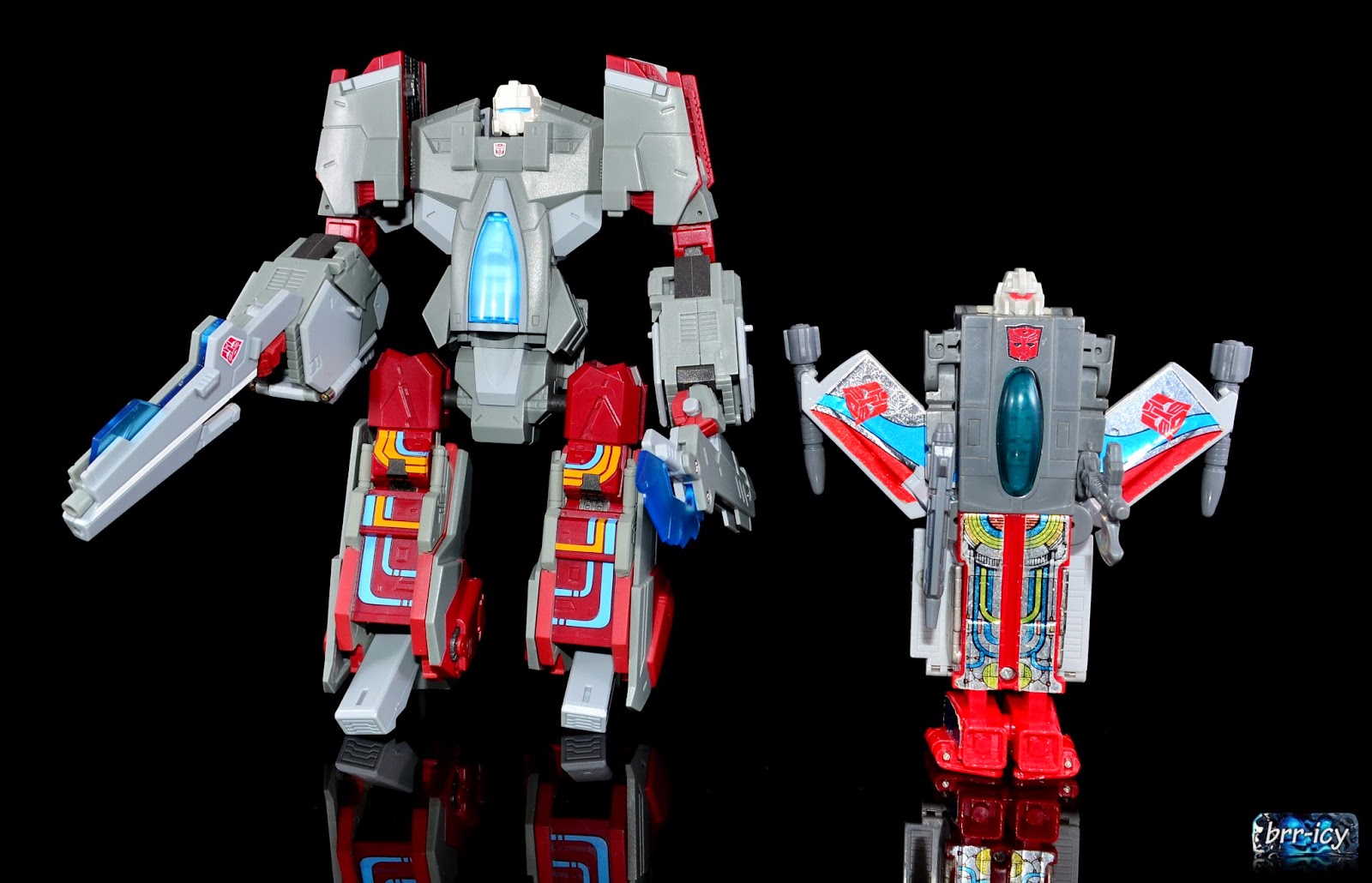 The second Triplechanger is Sandstorm with his update from the Generations line. The car modes are offroad vehicles, vintage being a dune buggy and the new one more of an armored dragster. 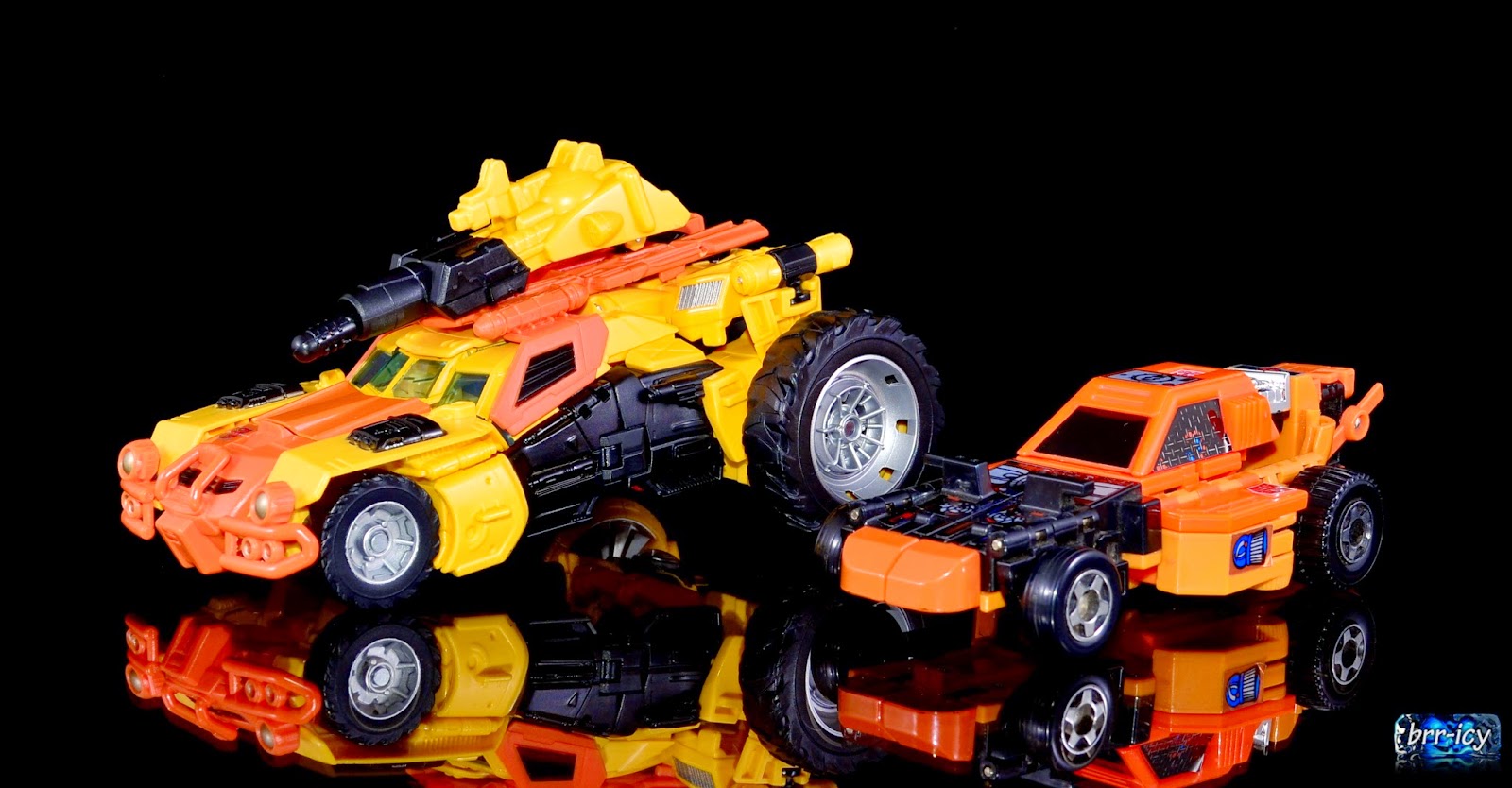 The helicopter mode has also been massively updated into a VTOL, I prefer the original's alt modes to be honest. They are pulled off really well and easy to swap between.

In bot mode, the Generations figure is very recognizable as Sandstorm, even updating the head to match the on screen appearance. 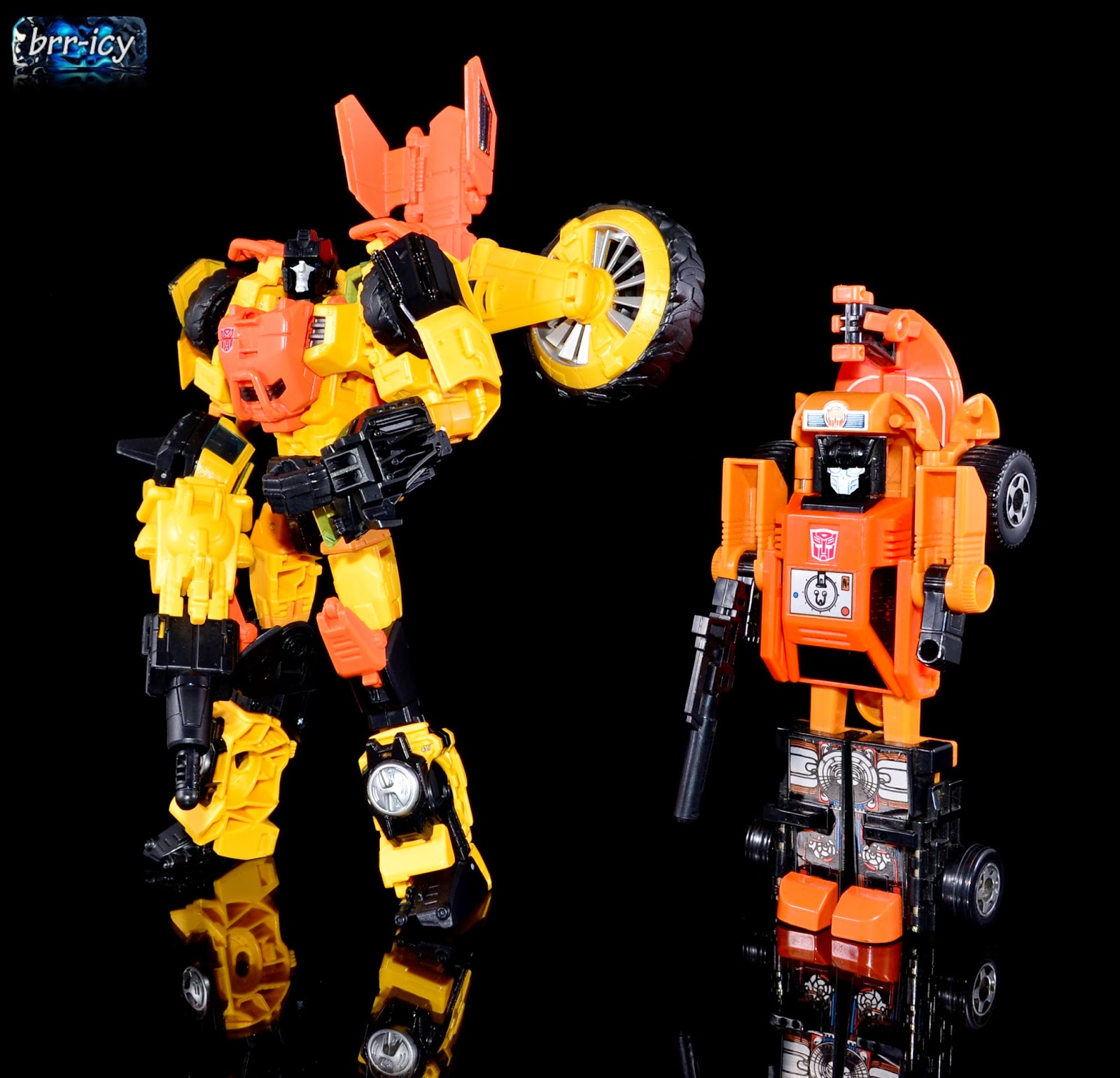 Lastly Generations Springer. I vastly prefer the Generations' car mode, The original might be more cartoon accurate, but the sides don't go into the place that they do in the show. Probably the worst for accuracy in the G1 line for an alt mode.

The helicopter modes, I have the opposite opinion of, I really like the G1's accuracy. The sword transformation on the Generations version is ingenious though. Not to say the Gen. version is bad at all, it's one of my favorite Classics figures in general.

In bot mode, the Gen version is a lot more imposing. I like how much remolding there is between him and Sandstorm. 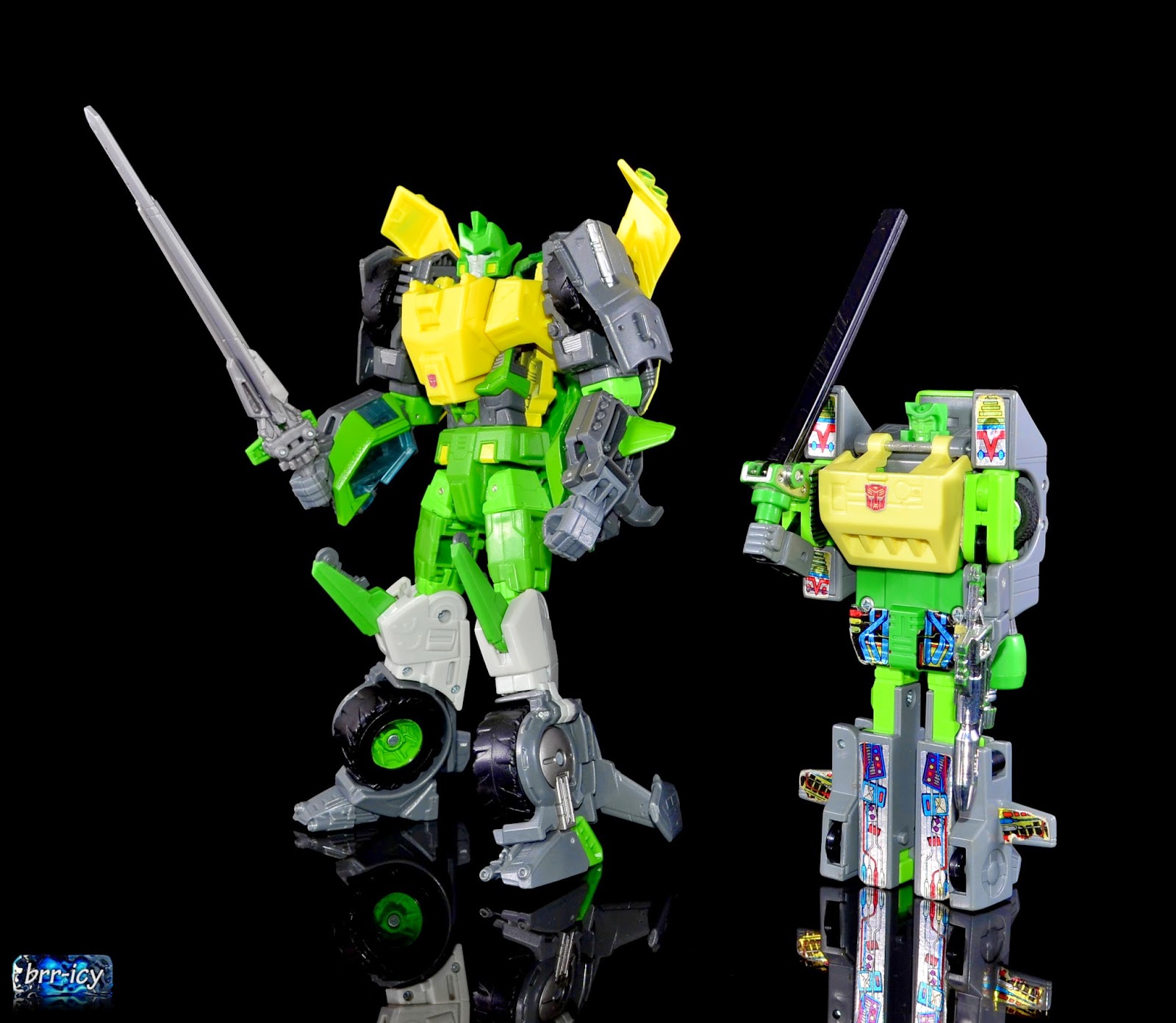 Next time, a G1 review. Let me know what you think of the photos this time compared to the last, I updated my set up, I am not sure which I prefer yet.
Posted by Brr-icy at 16:07