Metalhawk arrived today, I am very pleased to add him to my collection. I have been anticipating getting him for a bit. 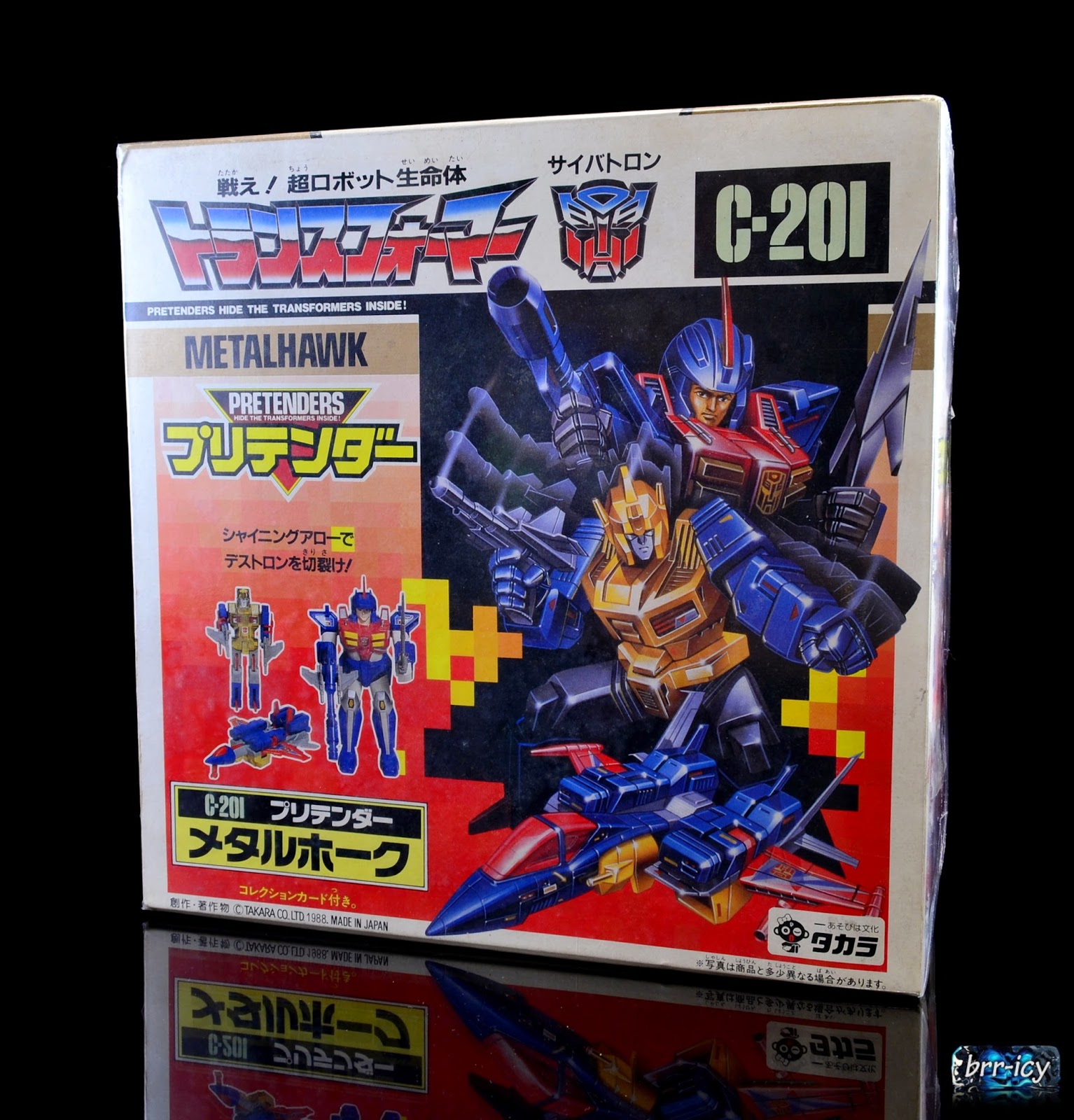 The boxart is very nice on him. Out of the regular Pretenders I have handled, he is by far my favorite. Huge thanks to the seller for the great deal on him.

The shell is a humanoid, like most of the Autobots/Cybertrons. The small guns combine with the larger one to form his weapon, it can be used separately as well. Unlike most of them, he doesn't come with a belt. I really like that the sides of the head itself are just molded plastic instead of paint like the others so you don't get as much wear. 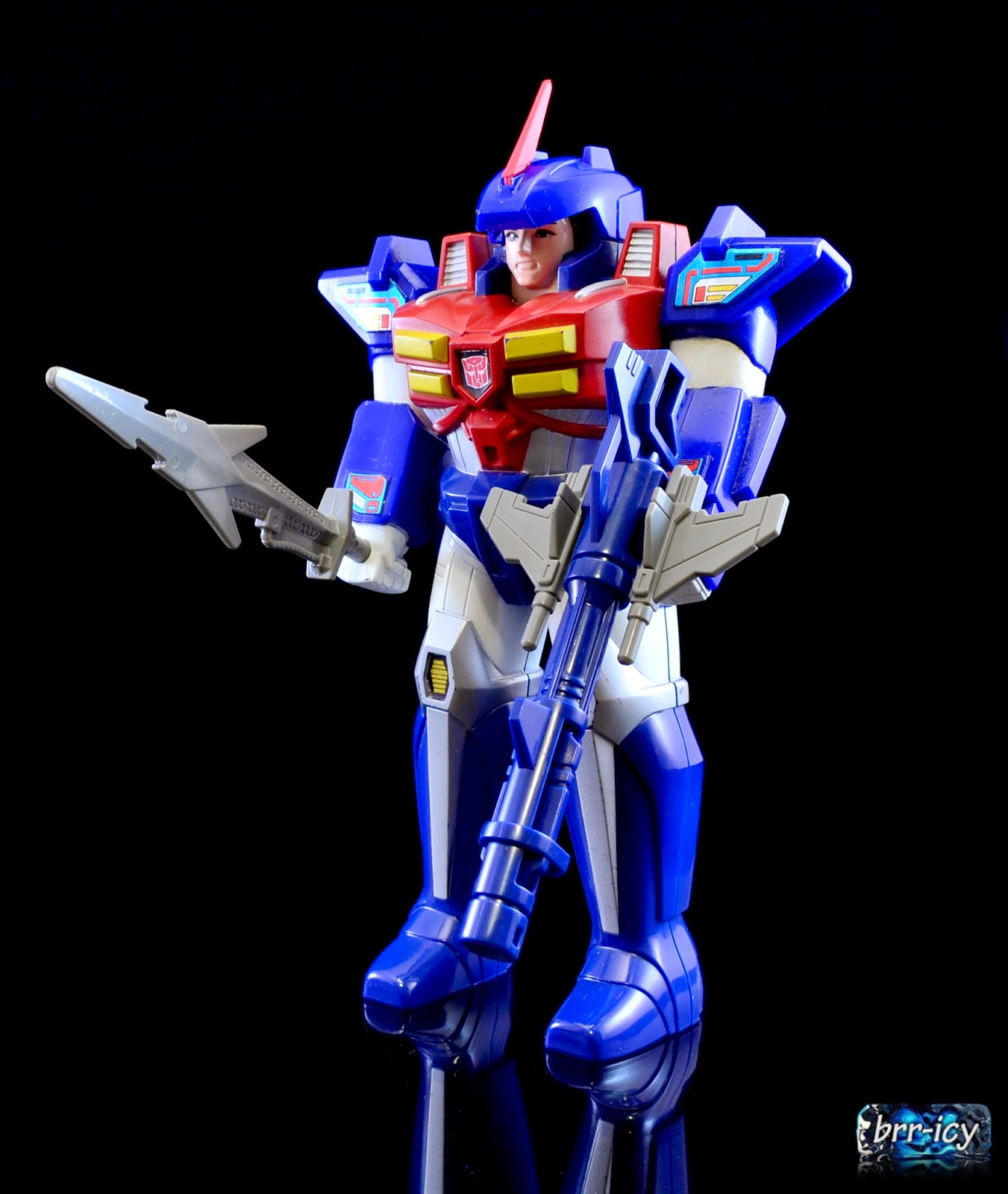 When you pop open the shell, the inner bot is folded like so, and fits nice and snugly. 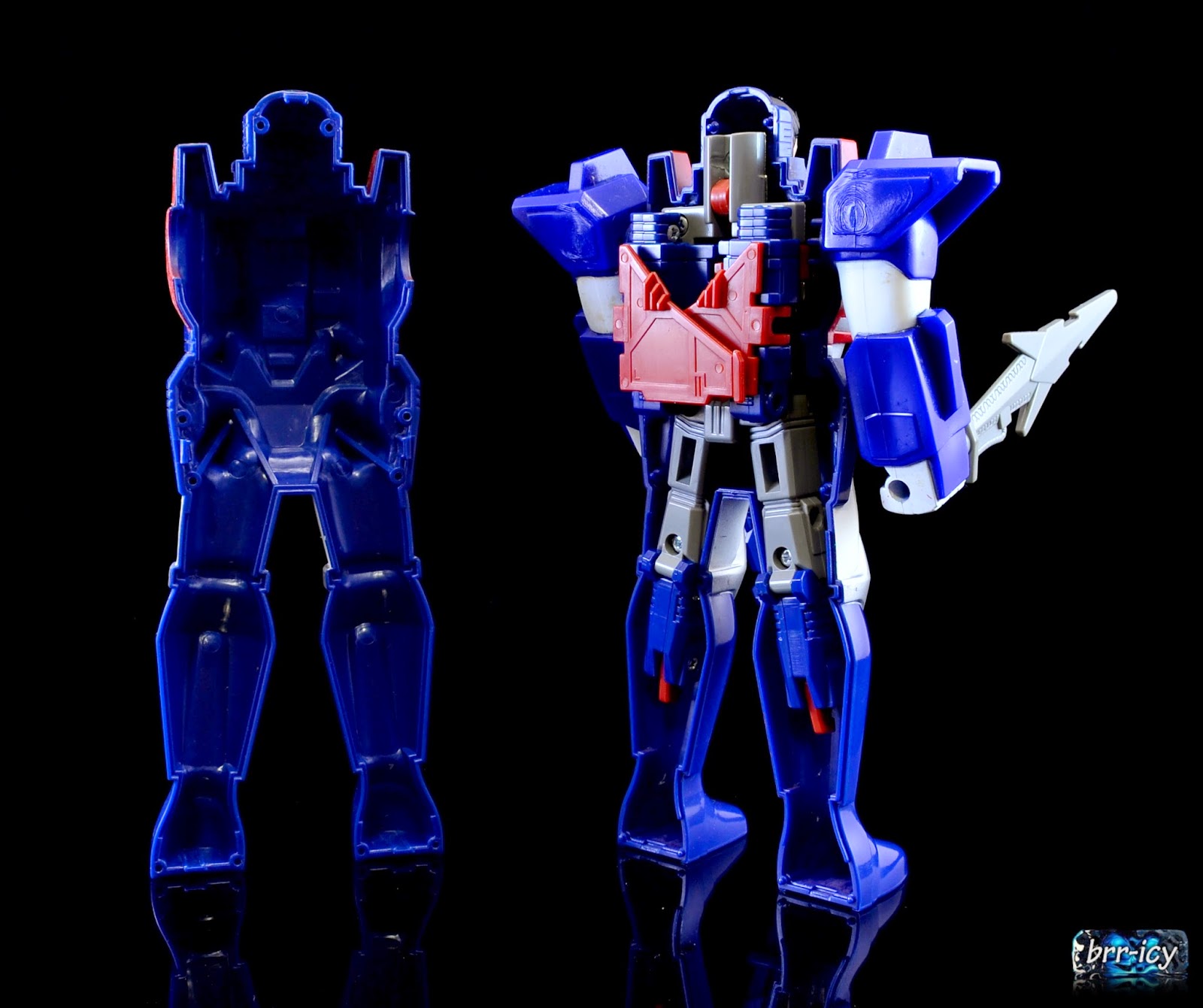 The inner bot's chest and head is made of diecast. with the small wing guns now becoming his hand guns. You can see the large gun without the wings on it here: 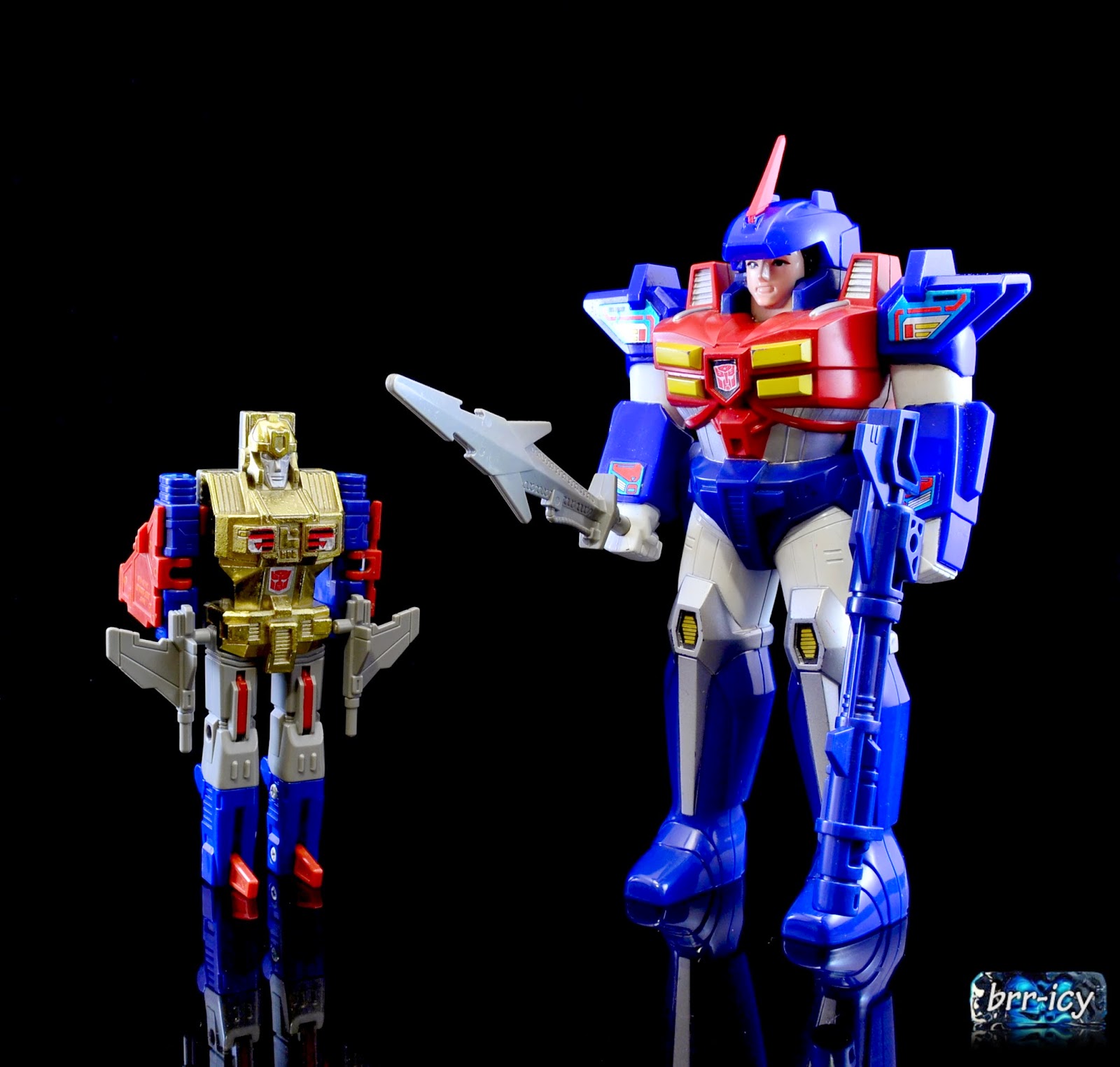 A closer look at the inner bot. He has retractable landing gear in his thighs and in the front of the plane. Very little in terms of poseability, just the shoulder rotation and slight hip opening. 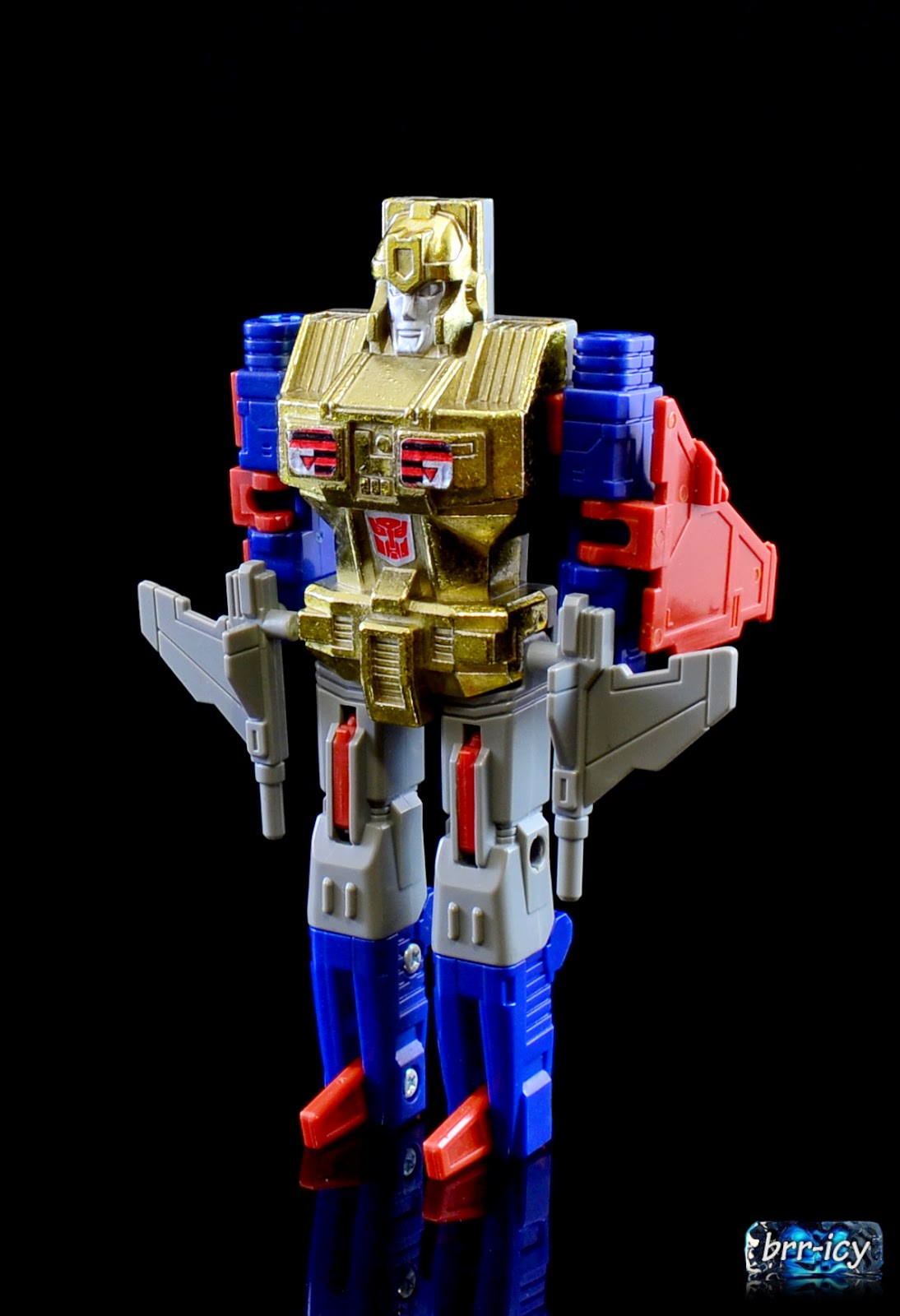 His transformation is pretty involved as far as Pretenders go. With the end product actually looking close to what it is supposed to instead of "robot yoga pose #352" Not to say it's perfect, but it's better than the norm. 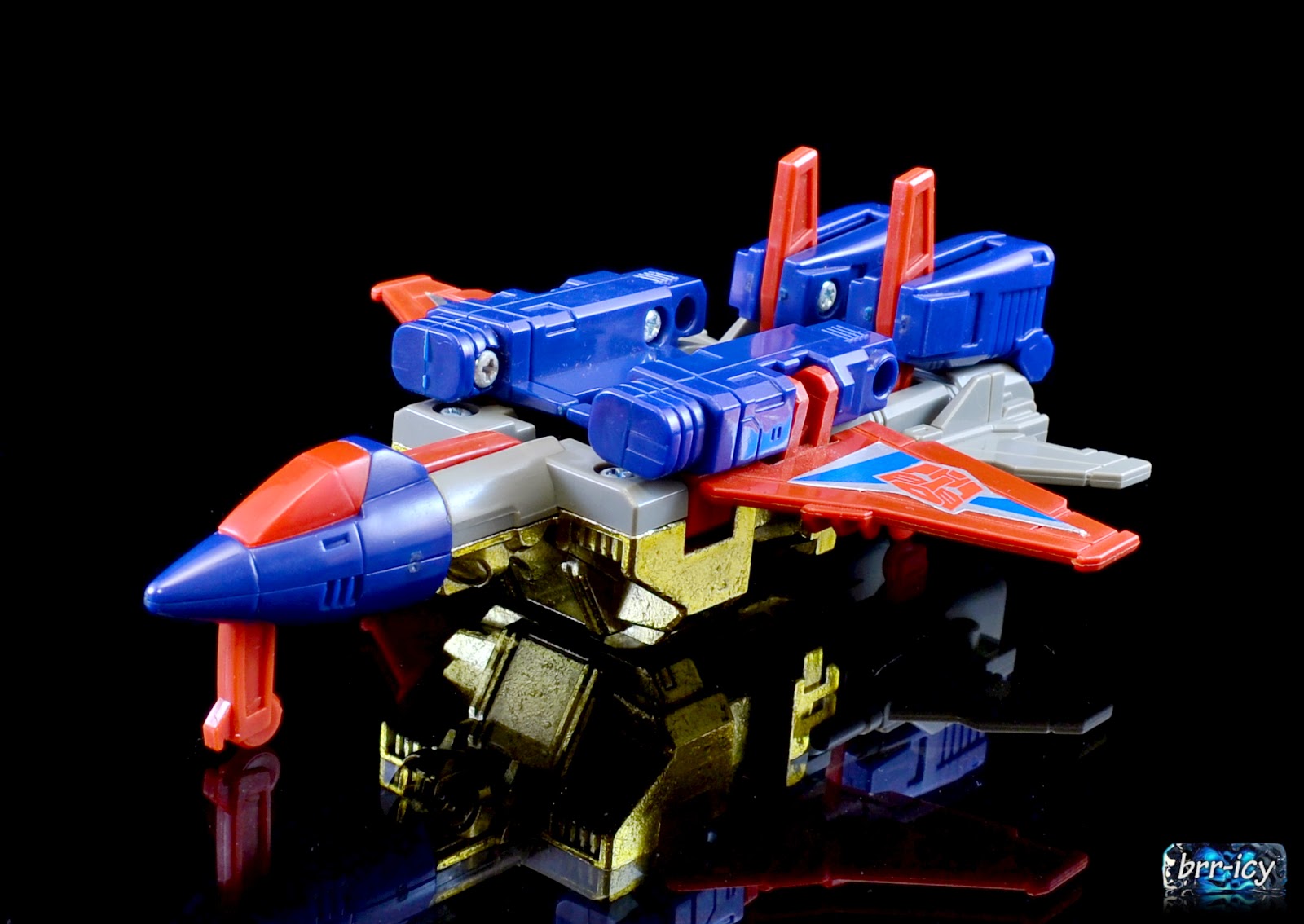 With his Pretender partners, he fits right in, but still stands out, which is good since he is supposed to be their leader. Now I just need to get a Grand Maximus and my Masterforce Cybertrons collection is complete. 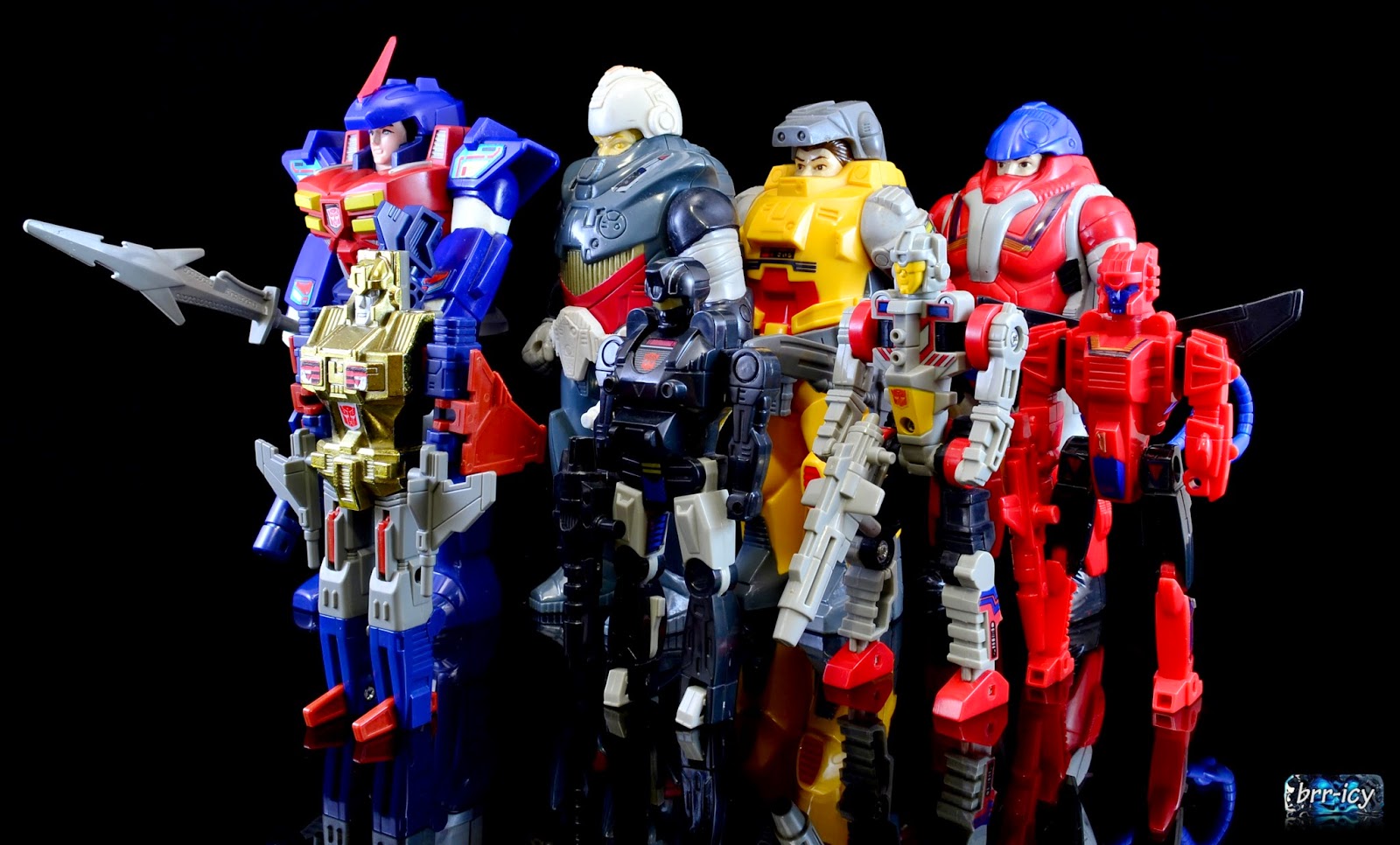