Got these guys with the Dinocassettes, happy to take the KO set out of my collection. Huge thanks again to Hyperoptic for the hook up on these guys.

There's a few differences between these guys and their KO versions. Some are pretty easy to spot, others, not so much. These guys were released in 1987 in Japan under the Headmasters line as replacements in case you lost the heads for the Headmasters. There was also a white set that was released around the same time, but it is extremely rare and I highly doubt I'll ever own a set, but then again I didn't think I'd own these either. 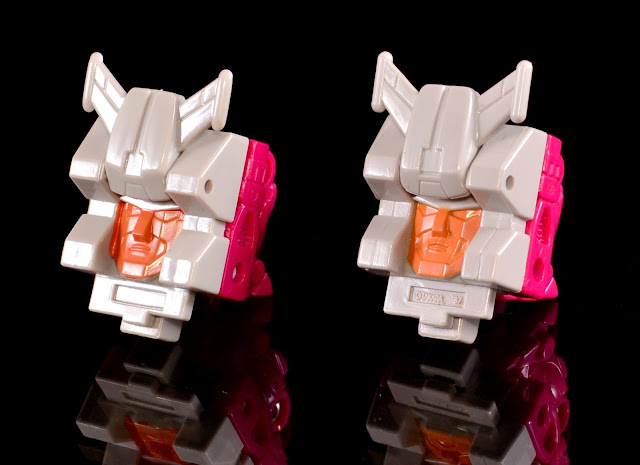 Vintage pieces are on the right in all the pics. On Kirk, there's a line on the front of the cheek guards. You can see all the stamps on the front of the headmaster insert except Shuffler, I'll post another pic of his stamp later on. The face looks different on the KO and it has lines in the eye. 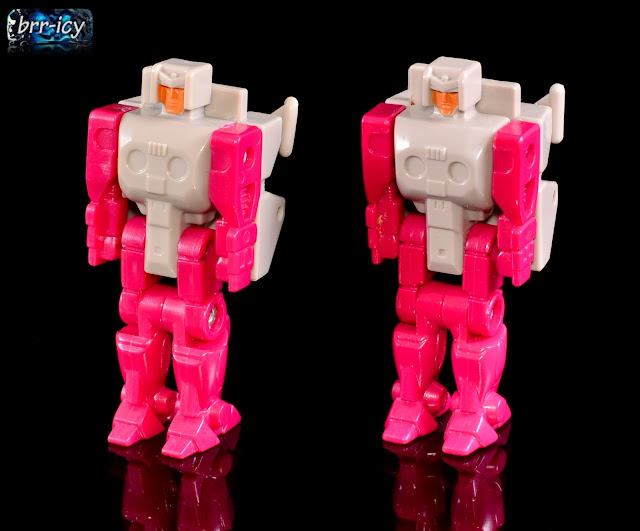 Kirk is one of the three robot mode figures, he transforms much like the regular ones. The detail on the vintage is much clearer and the face is vastly different. 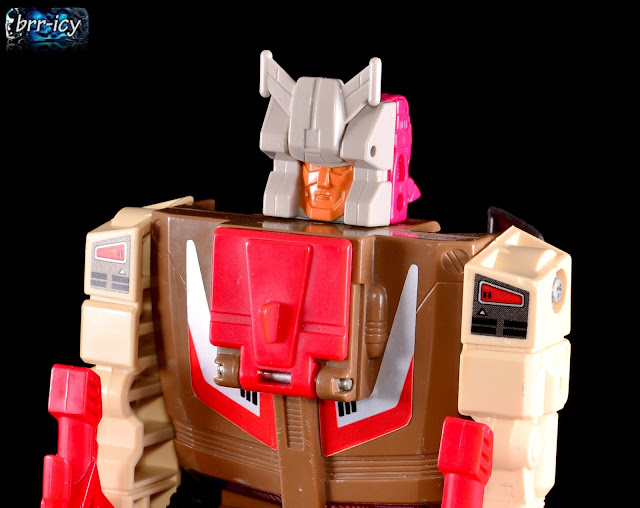 I put the heads on an Autobot Headmaster for a pic. 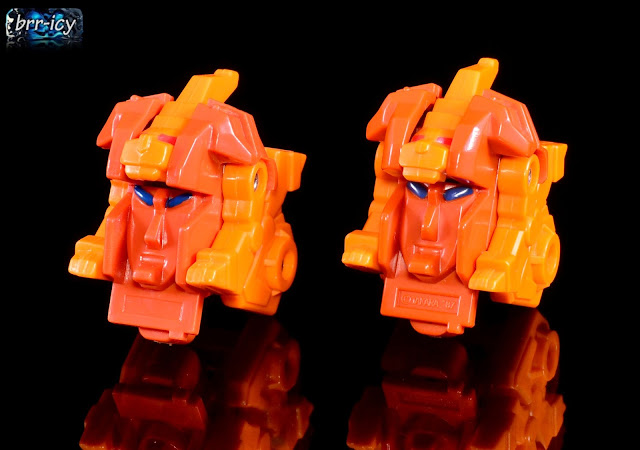 Lione has a much more proportionate face than the KO shows. the colour is darker on the vintage piece. 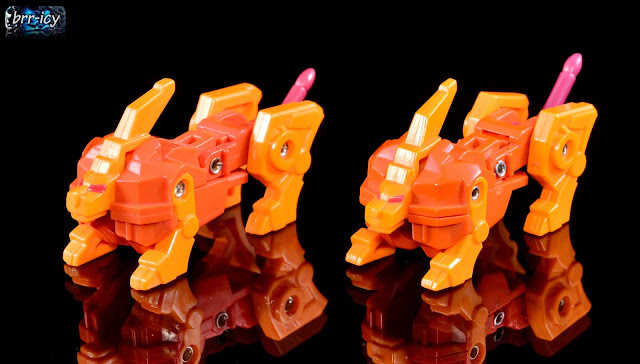 Lione is one of the three animal heads. He turns into a lion. 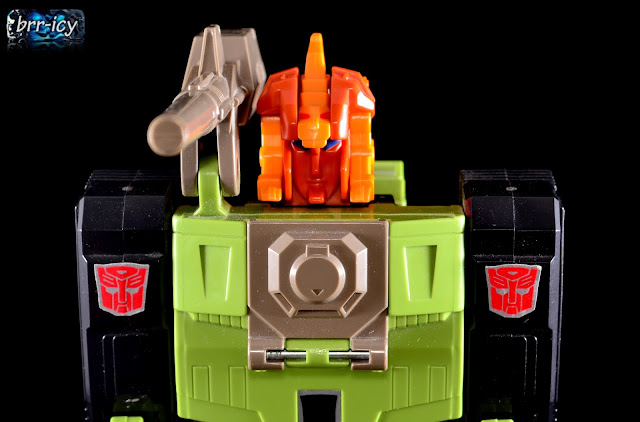 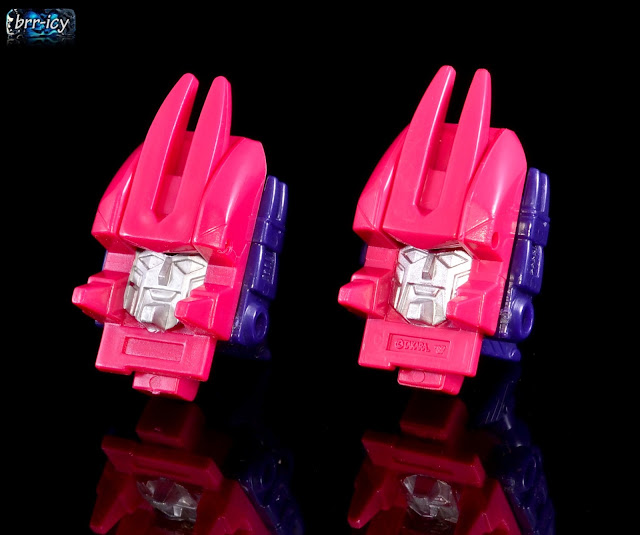 Loafer has a larger gap in between the spikes on his head, plus a less derpy looking face. The mold circles are in different places on each part as well. 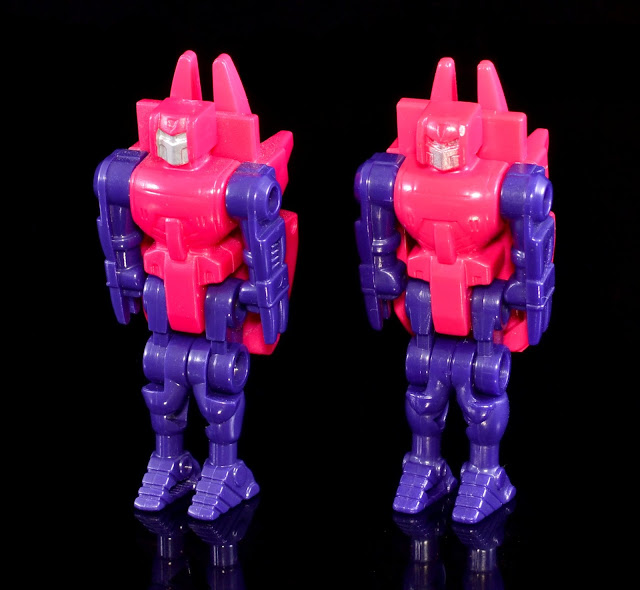 Loafer is the second of the robot ones, his head mode is a little gappy compared to a normal headmaster, but still quite nice. The paint on the face is different. and the colour of the pink is slightly off. 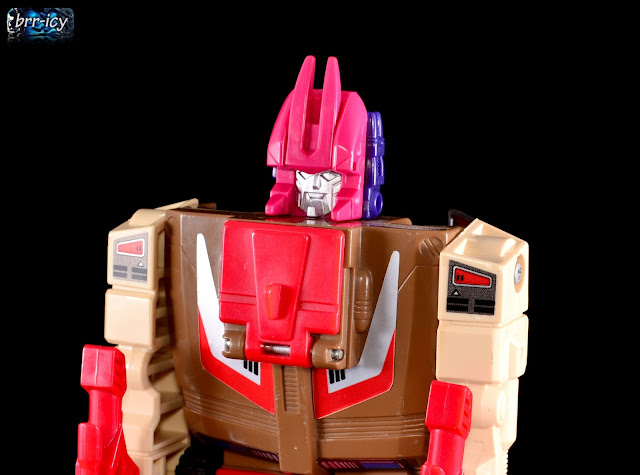 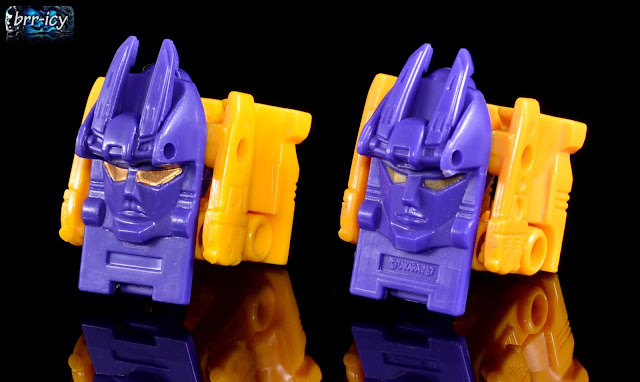 Rodney's detail is much clearer on the vintage, and the eyes are much smaller. As well as having more details on the sides of the arms. 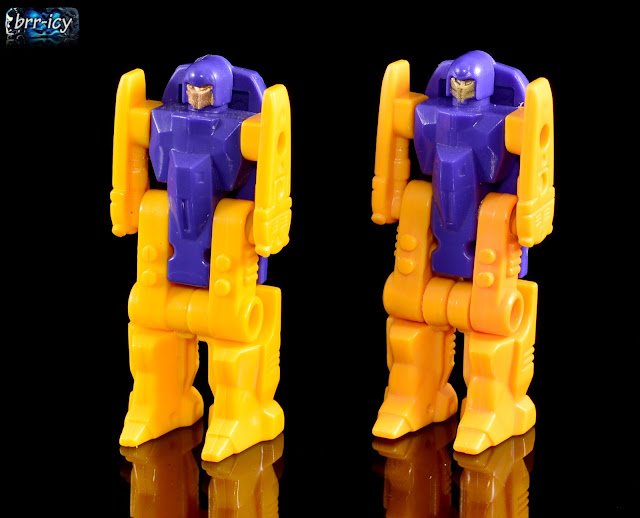 He's the third of the robot figures, with the transformation in the opposite direction of usual. You can see the yellow is closer to orange on the vintage and there's more details on his face mask 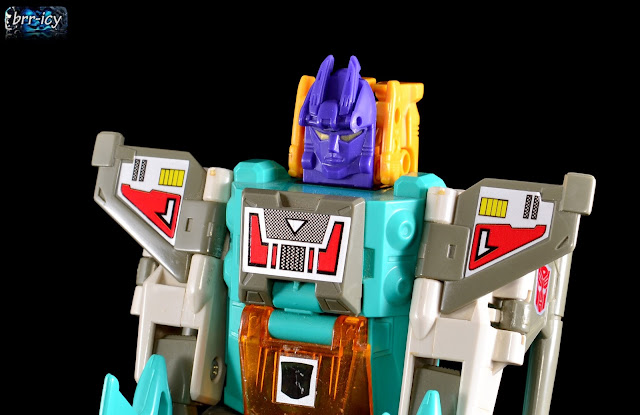 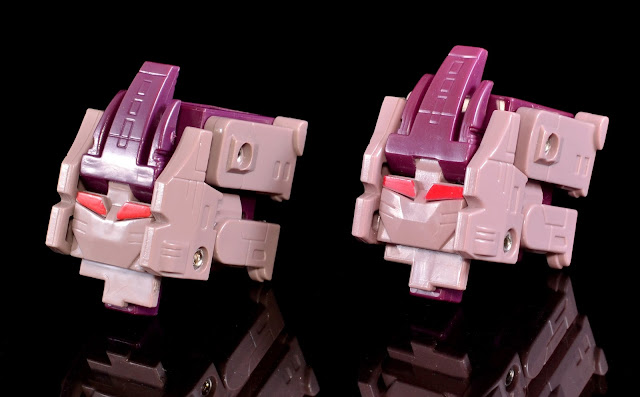 Shuffler is the hardest of them to find, and used to collect a hefty sum on ebay. The face is much more angled on the vintage's face plate. You can see the difference in the plastic's sheen really good on his head crest. 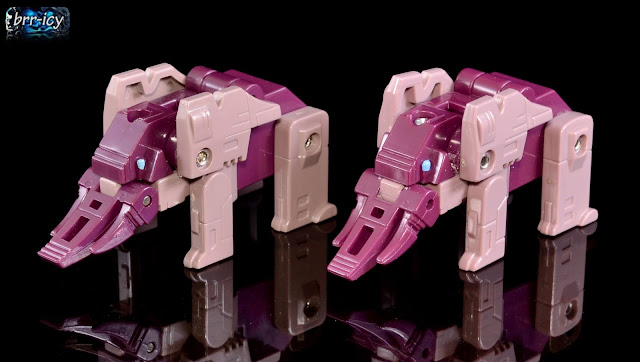 He turns into an elephant, You can see the sharper detail on the vintage piece, as well as the eyes look more solid and the screw is deeper inside. 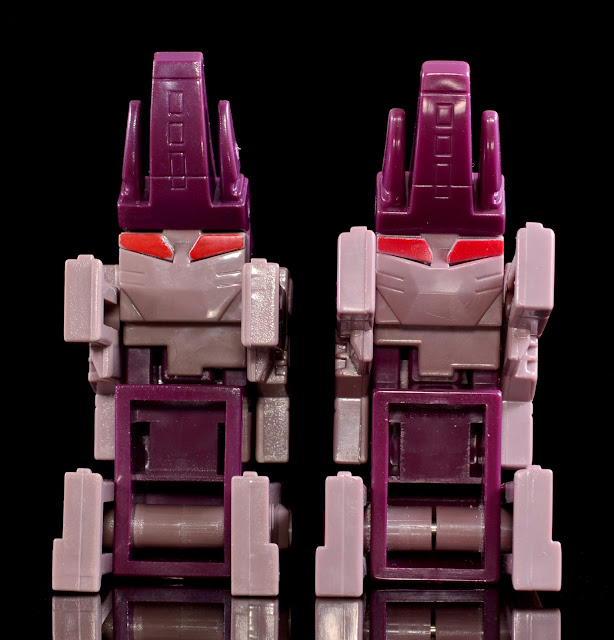 The stamp on the right one is at the top of the gap below the face. 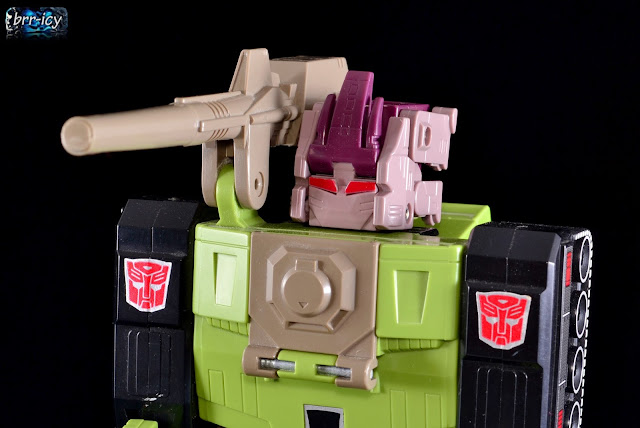 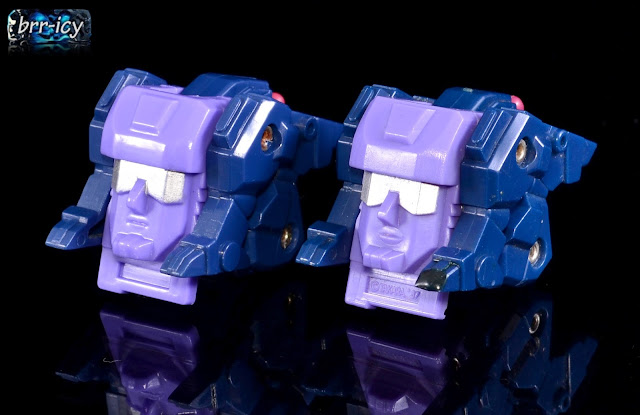 Trizor has a much more defined face and and chin, plus the forehead has a nice angular look beside the KO. 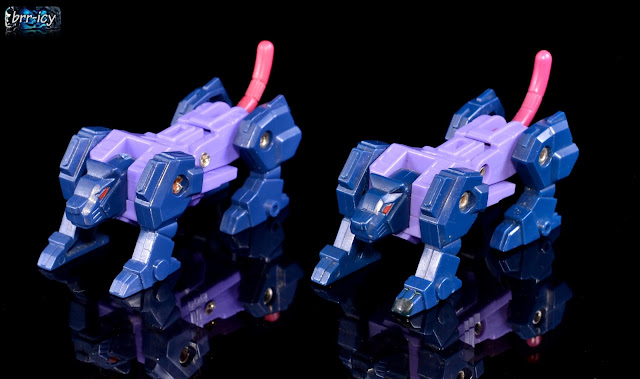 He turns into a cat, the head looks great on the vintage version. The waist rivet is also indented. 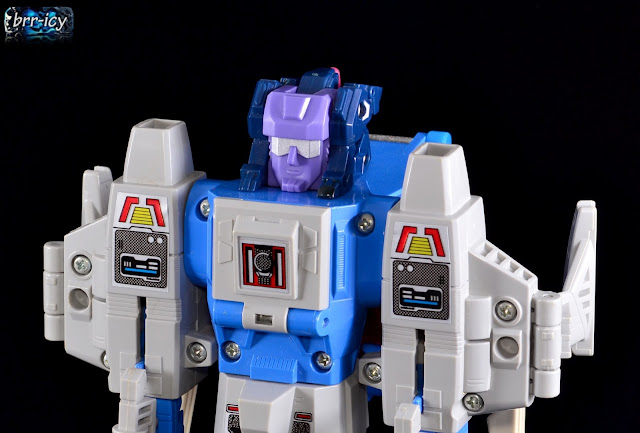