These are some more of my favorite (full size) subgroup. This time the US versions. 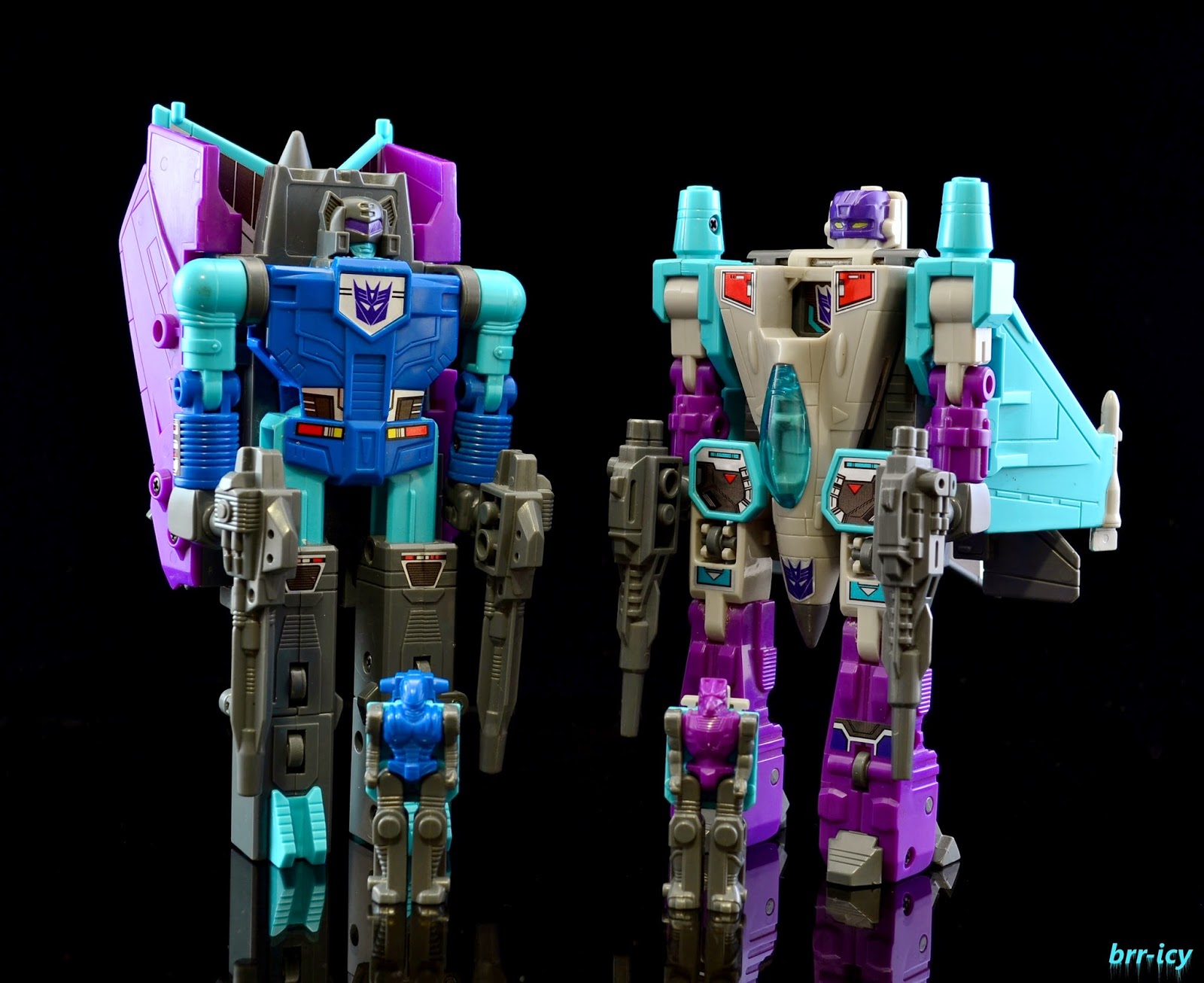 Darkwing and Dreadwind I had as a kid, I remember getting them second hand and figuring out that they combined by accident. The amazement little me felt as everything clicked together is a memory that will stay with me forever.

The teal really goes with the colour scheme more than the red does from Masterforce. This is one of the rare cases where I like the colouration of the US versions over the Japanese versions, except the chrome. In jet mode the glaring difference of the red parts isn't there, making it flow much smoother 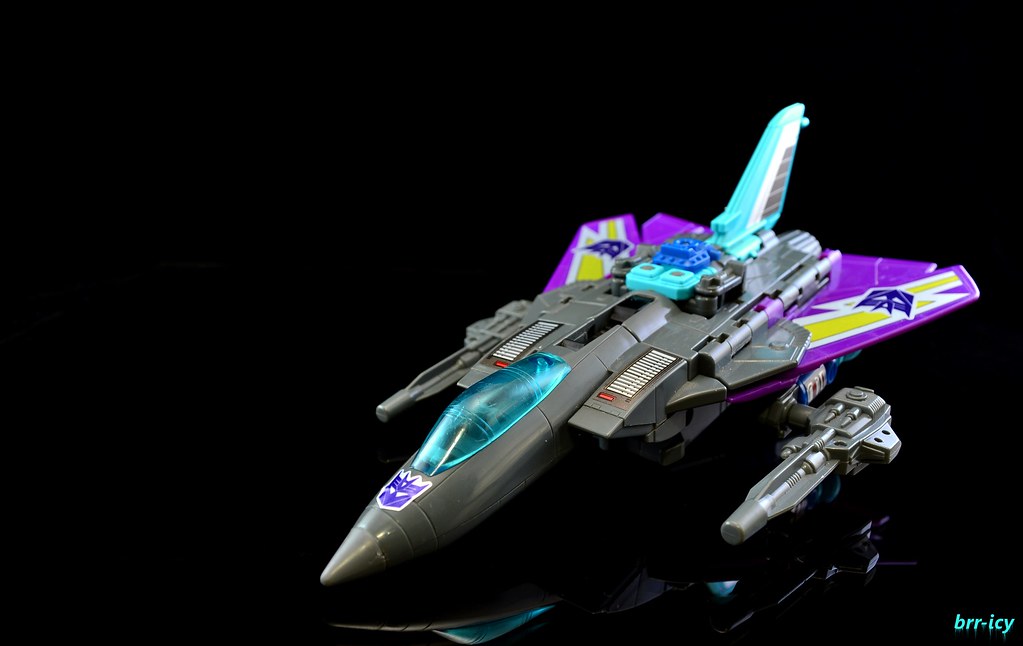 He has a very interesting transformation. I really like how the head comes out when you spin the body into place. The legs are very Blaster-esque as well. In order to transform the nosecone, you have to either insert his partner Throttle into him or push the black buttons inside the recess. The one clip is very easy to break on him, and a lot of Darkwings are broken there. 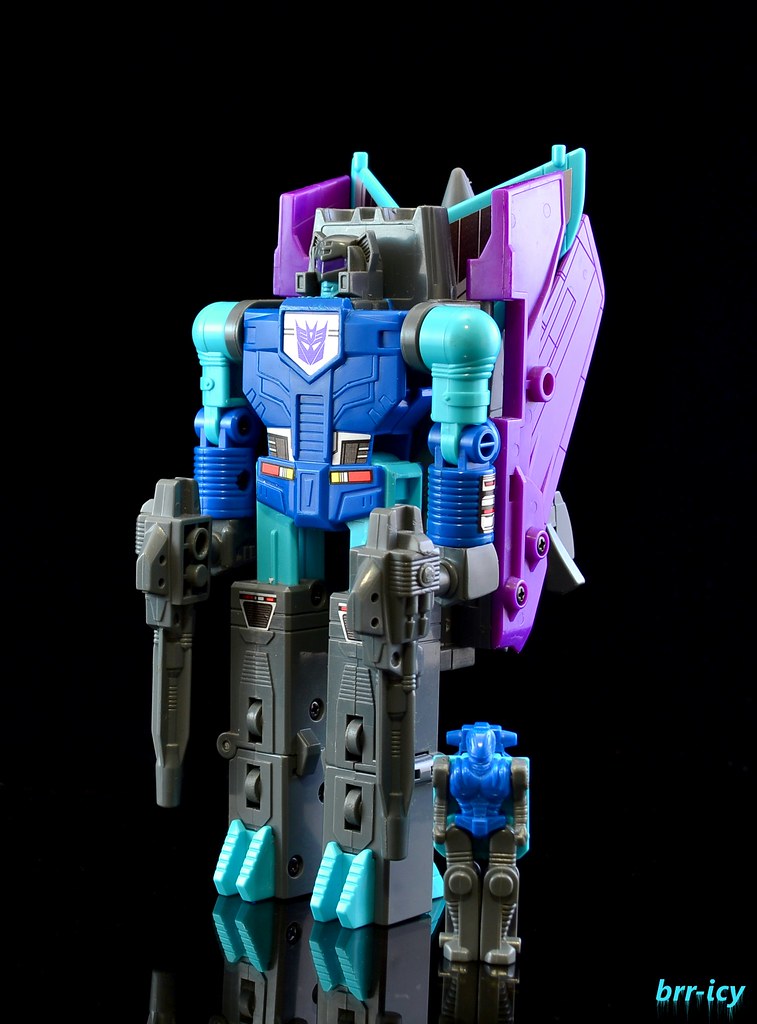 Having all of the colours on the "cool" side of the spectrum is nice, with only small details on the "warm" side. Dreadwind is a pretty sweet looking figure in jet mode, they both have their arms fairly visible, but at least they manage to use them to hold the guns. 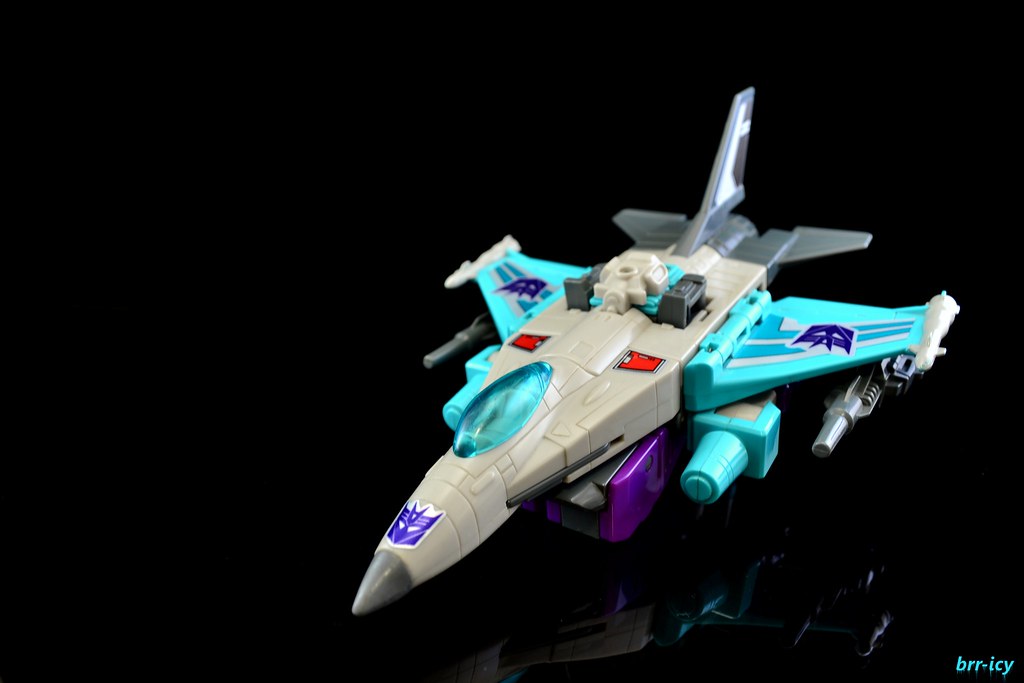 His bot mode is nice, I like how they made the legs rotate around at the hips instead of just flipping, His wings have to be slid back towards the tail of the plane after Hi-Test is inserted, or the black buttons pushed. The tail's raising mechanism is also unlocked by the Powermaster. 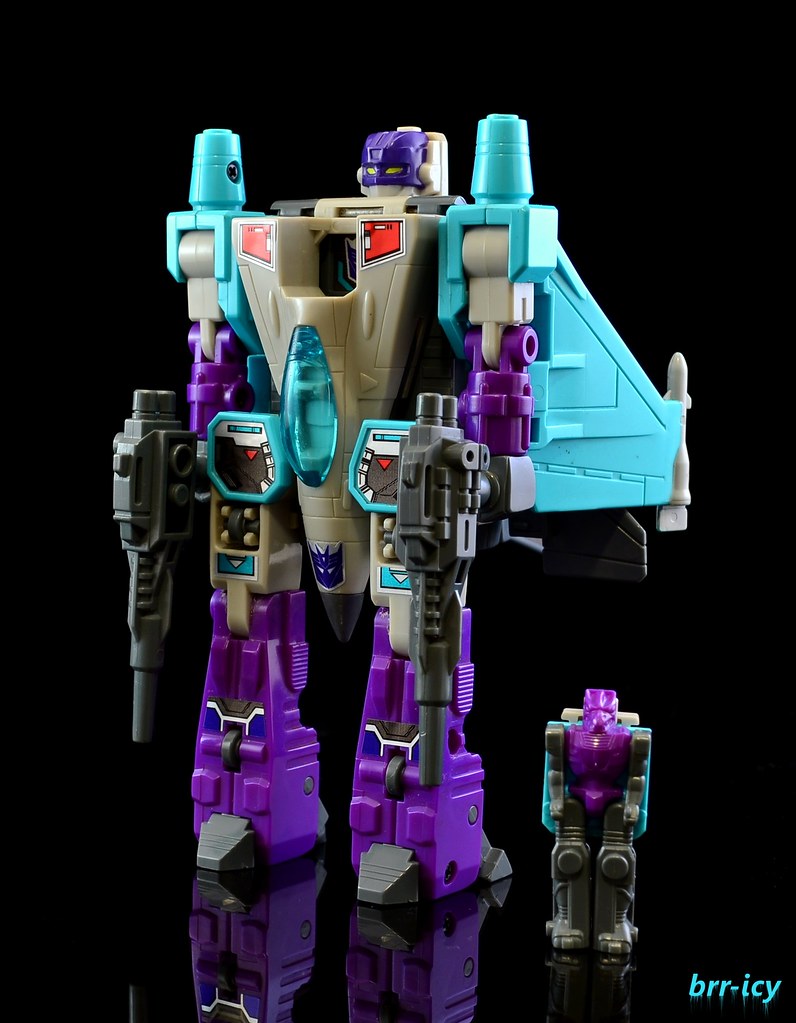 Some close ups of Hi-Test and Throttle, you can clearly see the bird motif for Hi-Test and the almost fish like motif for Throttle 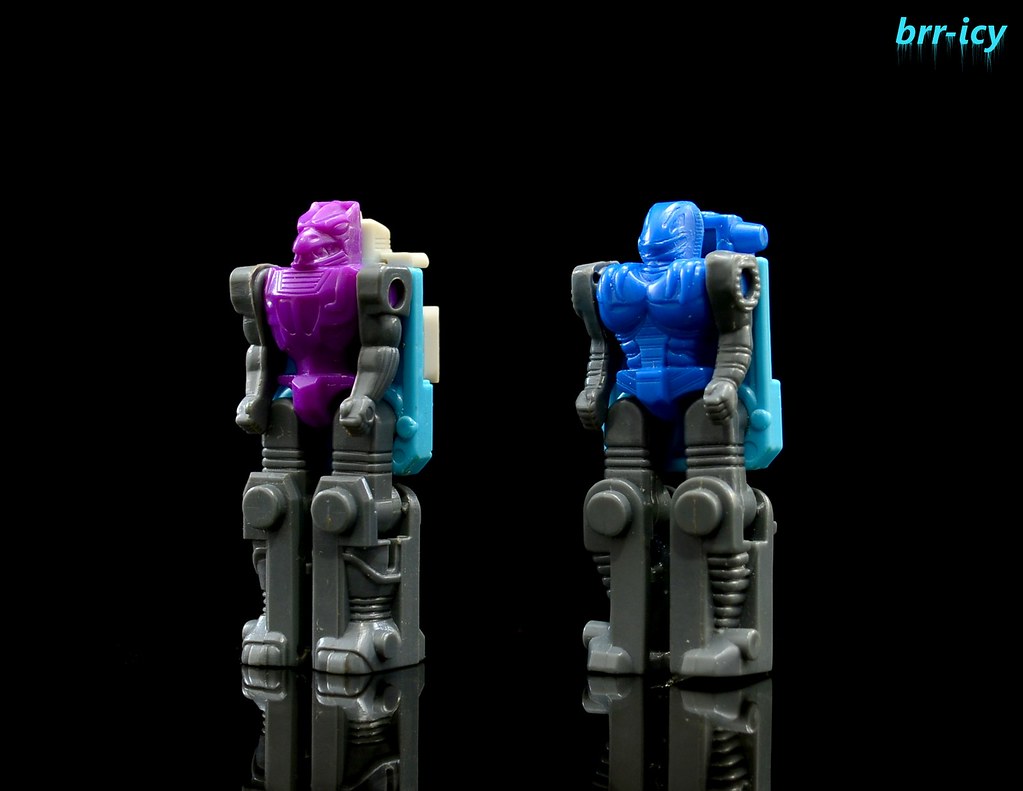 As I mentioned before, the jet modes can combine into Dreadwing. Dreadwind's wings slide back into slots on Darkwings, and the tail connects with the nosecone. Guns can be joined together and form some nice big double cannons for this mode. 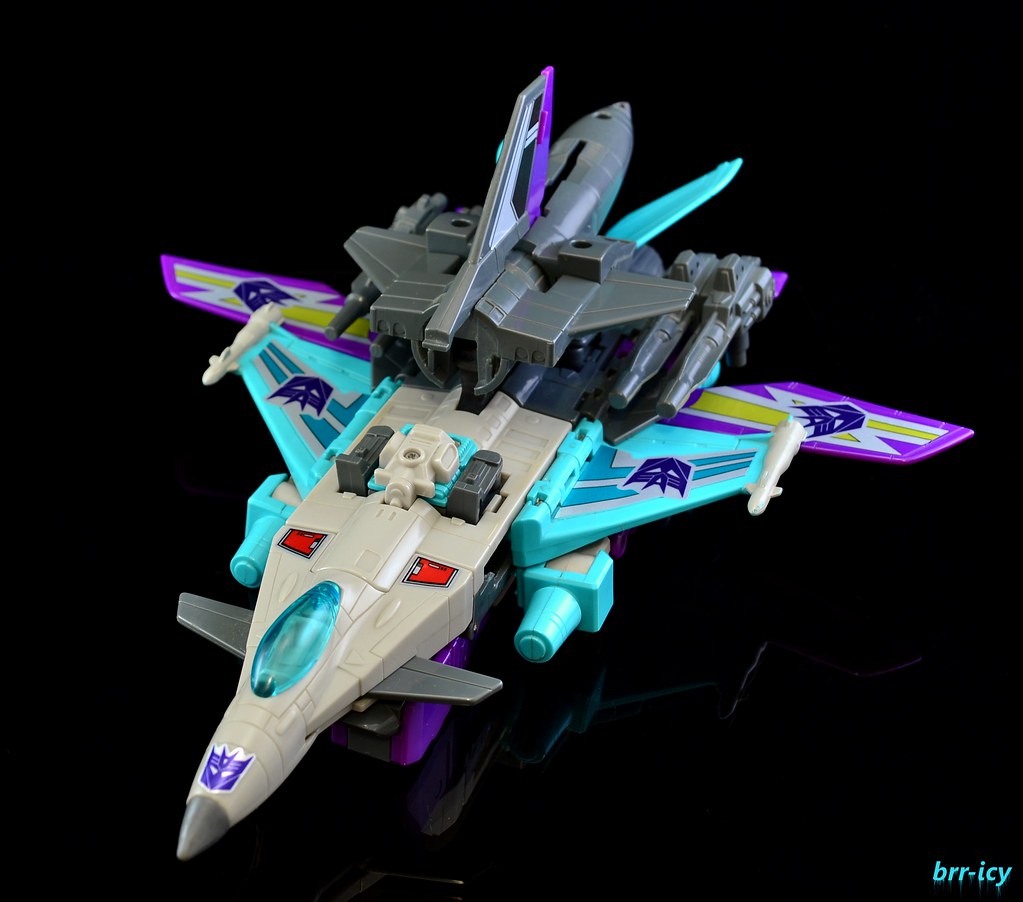 The third Powermaster released in the west was Doubledealer. A Decepticon double agent. His main alt mode was a missile truck. 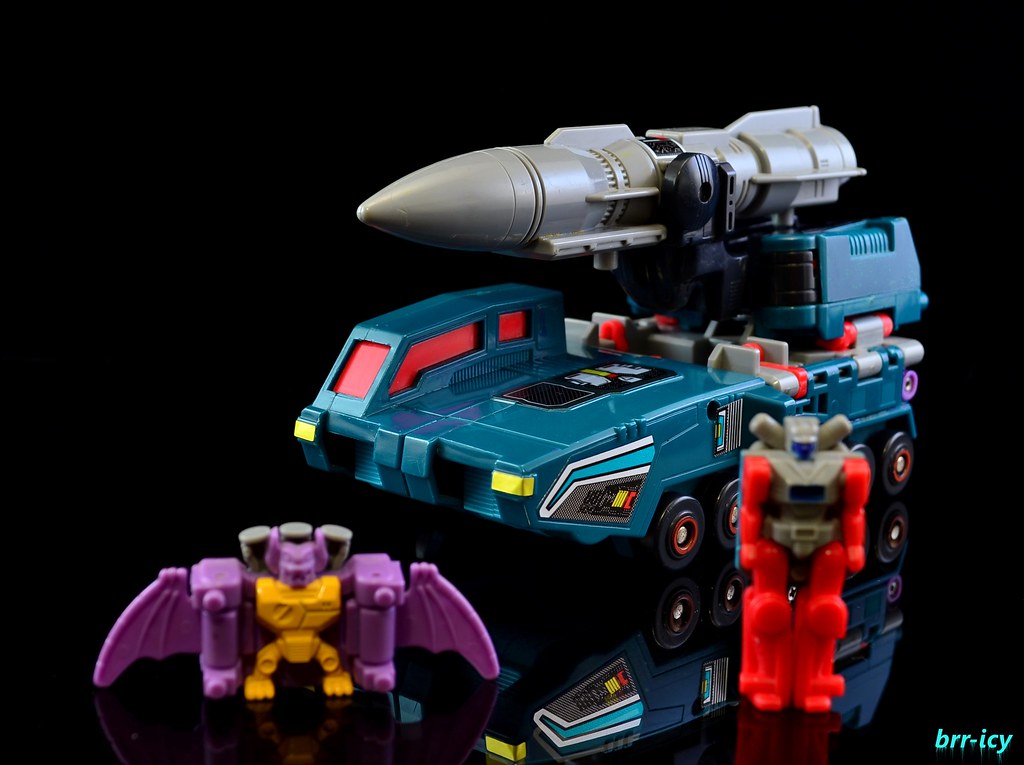 When the bat (Skar) Powermaster is inserted, it unlocks the rear wheel panels on the sides, giving you access to the wings, legs, and head of the Decepticon bird mode, which are otherwise inaccessible. 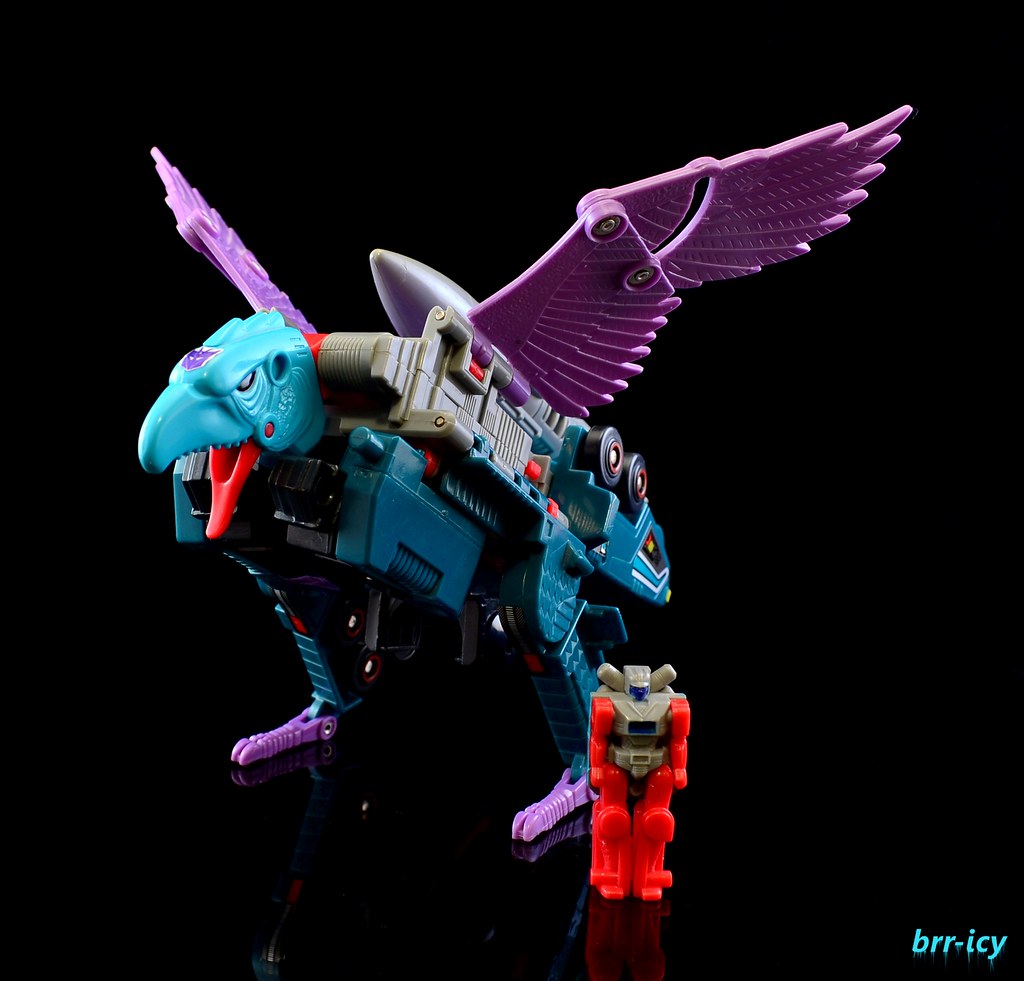 When Knok is inserted in the Powermaster slot, it unlocks the legs for the Autobot robot mode, The missile splits to become the gun and shoulder launcher, which for some reason I have reversed here. 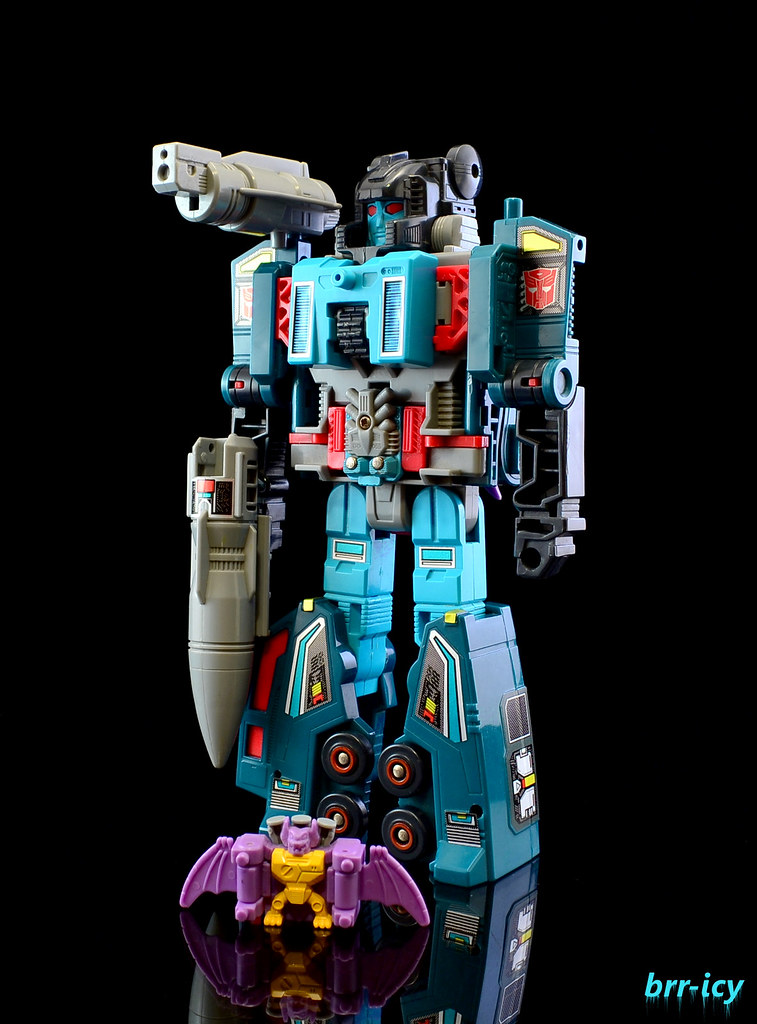