I was pretty impressed with this set's versatility. There's just so many different bots you can make with them. I have the MicromasterDX reissue of him for now which came blind packed. There was also a black chase set, which I unfortunately had to pass on at TFcon last year.

The original came in either a boxset, or three two packs. There was also a Chinese issued version in two packs. This one is in my friend's sales boxes, so I have a picture on hand of the Chinese packaging. They are the "young Cybertrons" of Victory, always looking up to the Brainmasters. I got these from H_D, in exchange for a custom I'm working on for him. 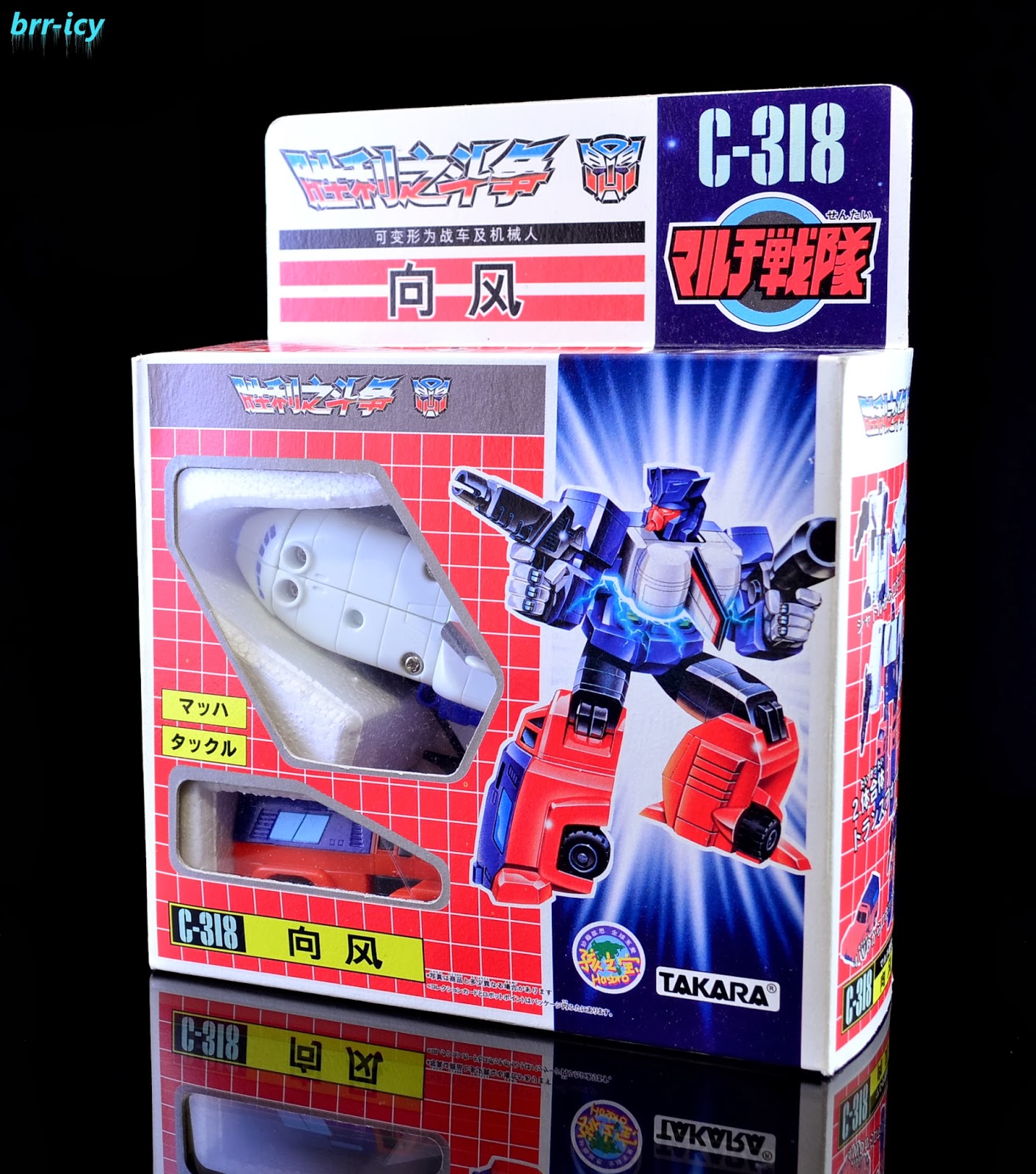 We might as well start with that pair Mach and Tackle. Mach is a space shuttle, he utilizes the chest shield as his wings in this mode. His separate bot mode doesn't use the wing unfortunately. These guys individually have some stubby proportions. His partner is Tackle. He turns into a decent pickup truck with a capper. He's the only one who's legs rotate like this for robot mode. As you can see, each of them has a pistol as well. They combine into Machtackle. In this mode, Mach makes the top half. Inside the torsos of the figures, there is a bigger head attached to the bottom of the smaller individual head. To name the linked pair they use the top figure's name first, then the bottom. So this one is Tacklemach. I really like that they didn't just blow up the size on the figure's head sculpts and call it a day. Next we have Wing and Waver. They are the leaders of the team. First up, Wing turns into a jet. His partner is Waver, who turns into a hydrofoil. The little fan on the back even spins. Lastly, we have Dash and Tacker. Dash turns into a sports car. The bot mode has a serious case of Hammerpants, But I love the head sculpt on him. And last but not least, Tacker, he turns into a half-track of some sort. Their main combo is Dashtacker. It's nice that the vehicle modes hold almost all of the combiner kibble, too bad that it can't be done in bot mode as well, but it is what it is, and for a G1 figure, it's batter than most in that respect

They all combine to become Landcross. He's got a bit of a "saddle crotch" and strange arms, but for using six almost identical bots, in both transformation and size, he's pretty cool. The six guns from the small figures combine into a large rifle for combined mode. 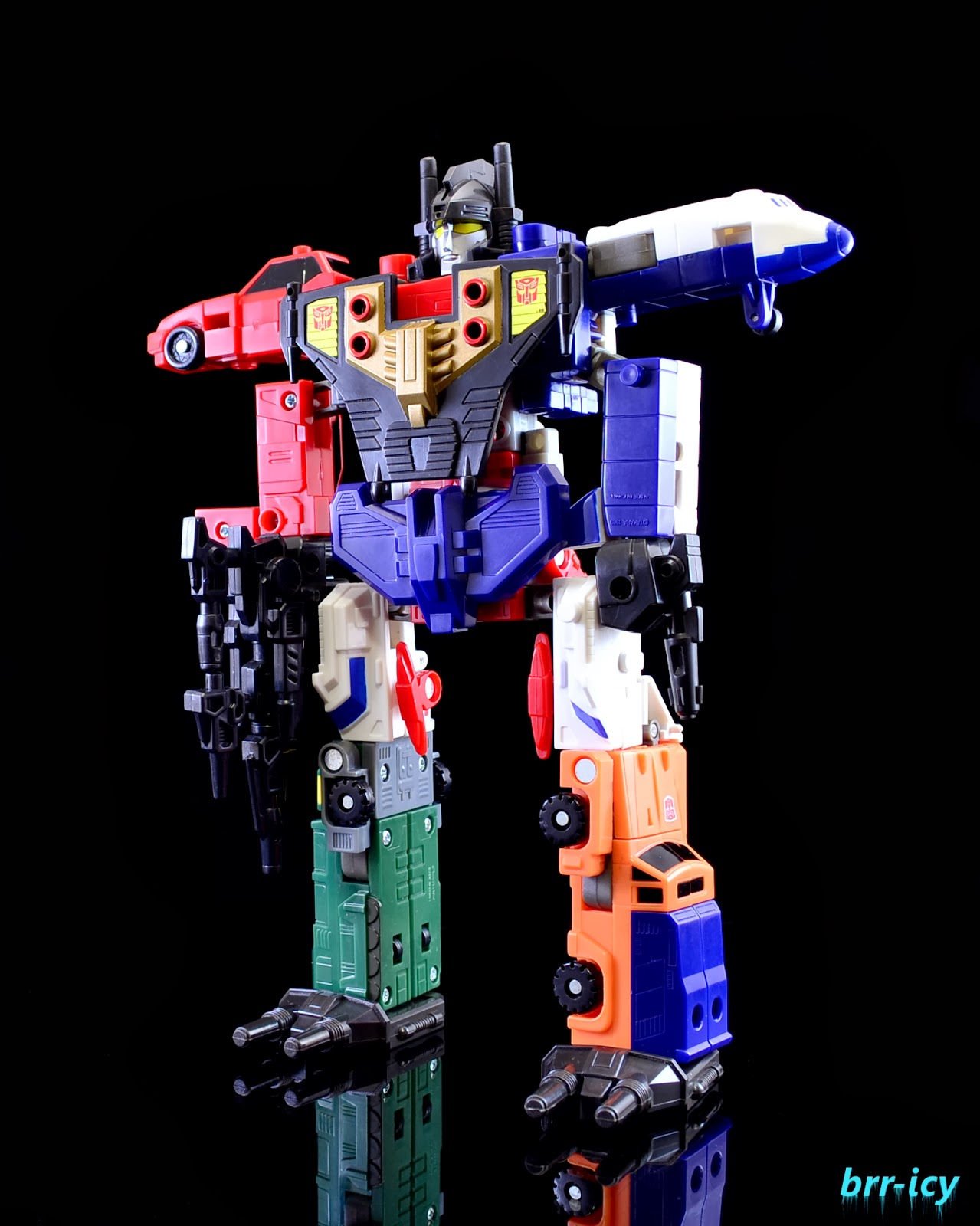