I think it's about time I do part two of this series. There's not a lot of rhyme or reason for selecting these three.

Trailbreaker was the figure that started my adult collection. I found him for $6 at a local comic shop. (ironically the same comic shop I sold my childhood collection to) I picked him up as an impulse buy, never having handled the mold before. It was bare bones, just the body. I later completed him piece by piece. The truck mode is very solid, and looks pretty convincing as a toy truck other than the split for the shoulder joints. 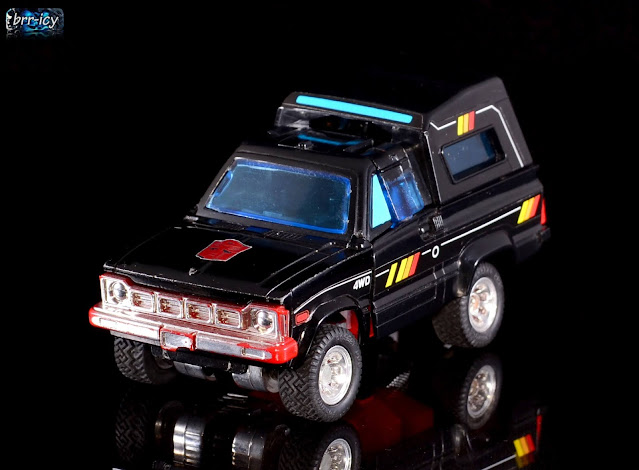 He's not in the best shape, but due to his status as the collection starter, I probably never will replace him. Even though there is currently a dead mint one in my friend's collection that he's selling. I don't know why I haven't Reprolabeled him yet though. I really like the way he transforms, it gives the bot mode a very unique presence that the classics figure failed to capture, I'm not ragging on it though, I thought the classics one was a good figure, and worthy to stand in my classics collection. I found out the hard way this figure comes with a ton of accessories. But it was pretty satisfying to get that last fist in the mail. 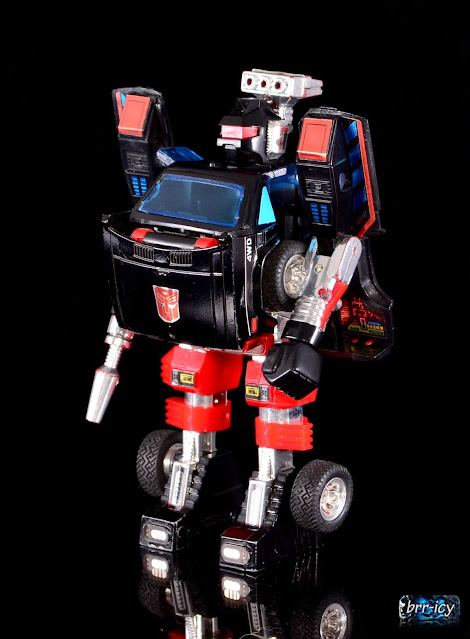 Next up is Jazz. Mine's the Encore release, I might replace it someday with a vintage one. I picked him up from a seller at TFcon. I like that they put a few different transformation points on him compared to Prowl. I had both of the Jazz's as a kid (G1 and G2) but only one removable roof. the bottom of the slider had broken off. Eventually G1 Jazz won out and I made some vinyl stripes for it. Lastly for this article, Mirage. He was one of the ones I had never handled as a kid. I got him for the first time in 2012 in the one lot that was mentioned before with Hot House and co. in it. He was bare, and missing the launcher. I since completed him and put a nice fresh set of Reprolabels on him. It's easy to see what the hype was all about with this figure. From the great blue and white colour scheme to the racing slicks, I think it's one of the best looking G1 cars. Hopefully this week I have something "big" to post.
Posted by Brr-icy at 19:49