Haven't done a -Masters post in a while, so I figured one of the Targetmaster subgroups would be good. So at the suggestion of a friend, we'll start with the Autobot large Targetmasters. Only the new characters, the movie characters I'll cover later. These three are probably the cheapest of the large masters, my guess is that the Targetmasters are built solidly (unlike the Decepticons) and they have less accessories compared to the Headmasters and Powermasters.

Crosshairs is a nostalgia bot for me as I had him as a kid (my only large Targetmaster I think, I kind of remember Pointblank too though) His vehicle mode is a futuristic truck. His partner is Pinpointer. The gun can peg into the hole behind the windshield in vehicle mode. 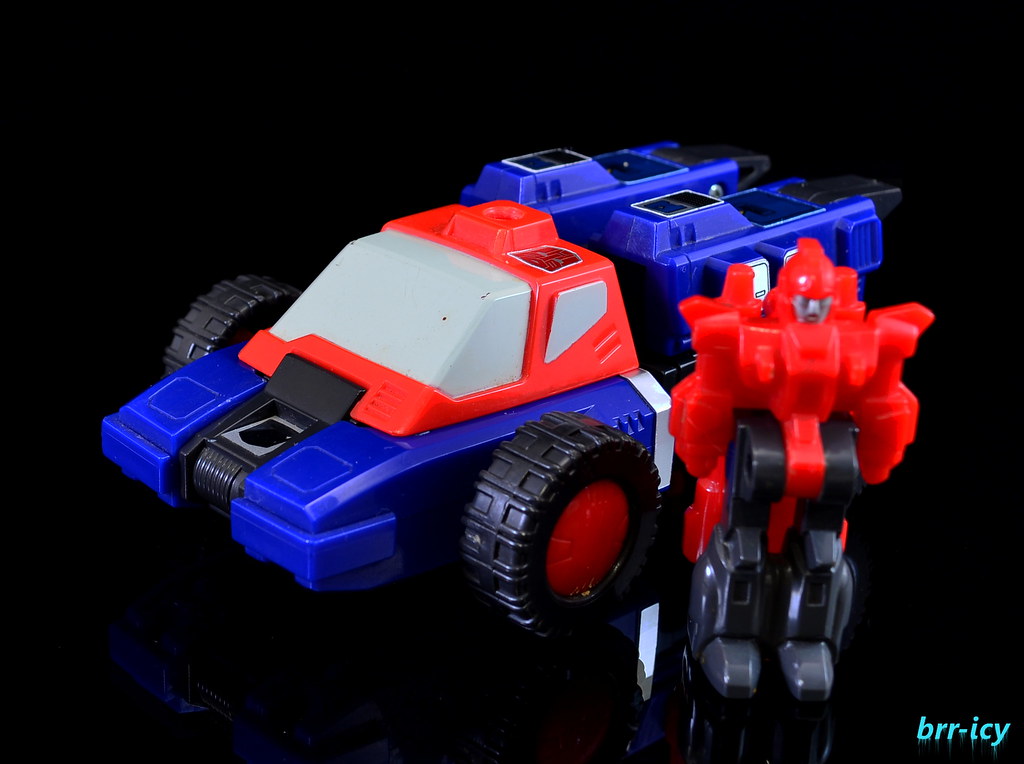 The wheels on his thighs are very hard to find tight. I've owned four examples of this figure, and only one of them was tight, thankfully they don't affect much being loose, just something I noticed. 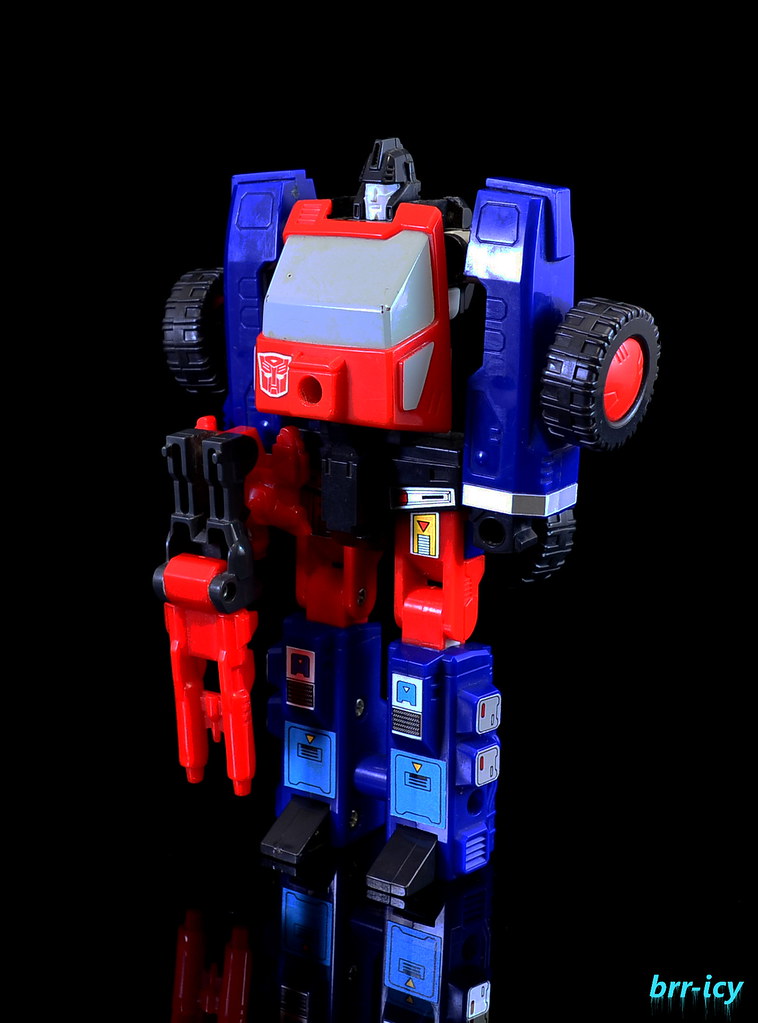 Secondly, we have Sureshot and Spoilsport. He turns into a racing buggy of some sort. I really like how much he "grows" between modes. The way they did the arm transformation was a neat touch too. 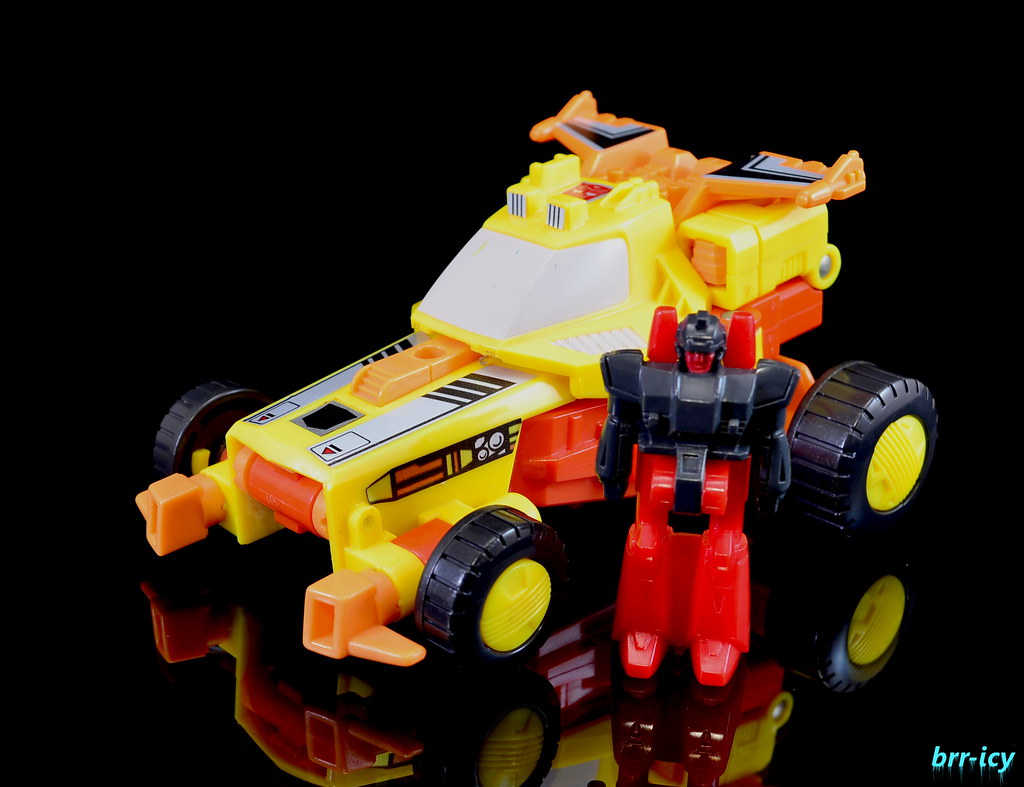 His head sculpt is also very well defined and detailed. 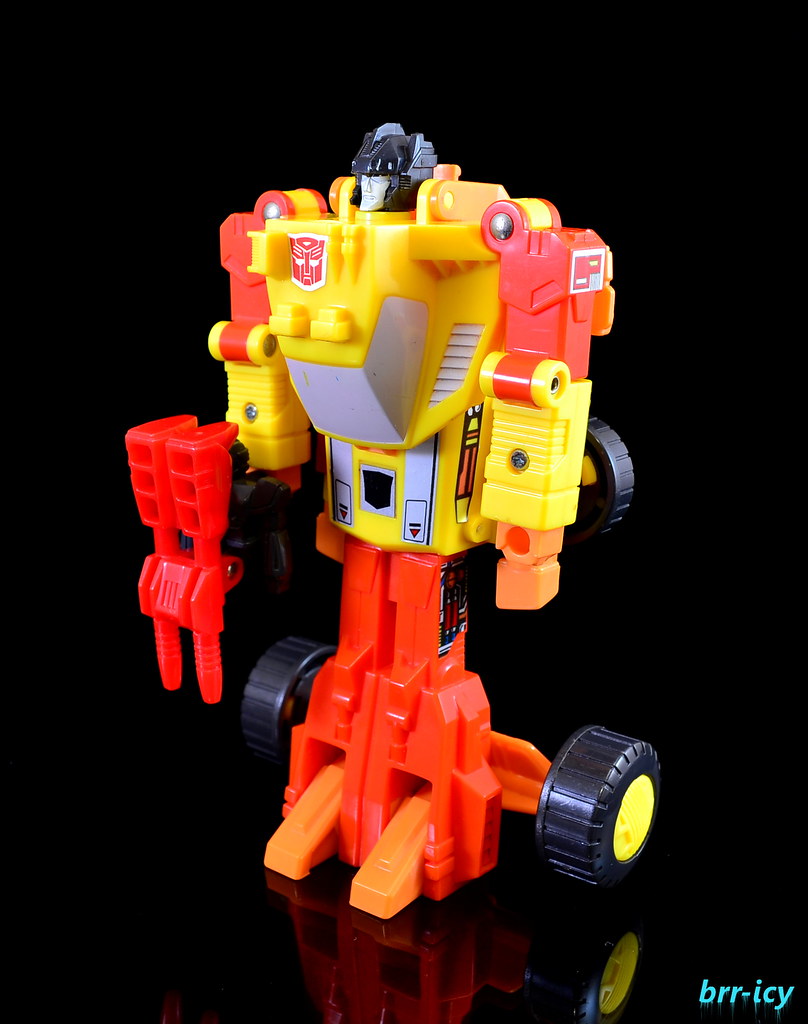 Pointblank gave me some issues, When transforming him just after applying Reprolabels, the knee literally exploded, had to buy a junker to replace it with. He turns into a futuristic vaguely Ferrarri-ish car. He comes with Peacemaker. 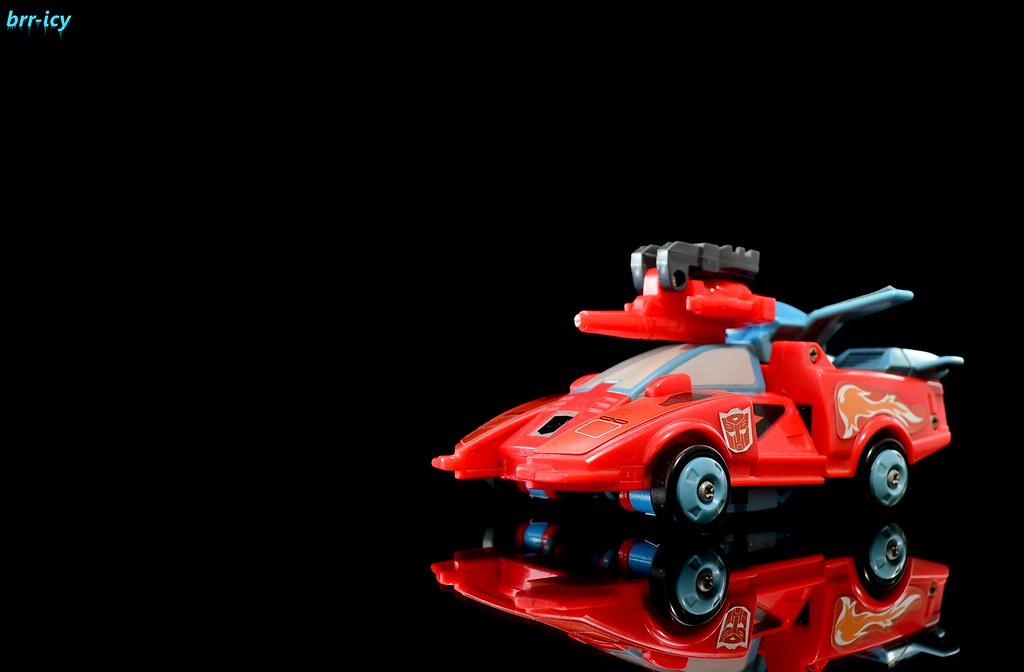 He's the only one of the three to have a second accessory with his shield/wing piece. 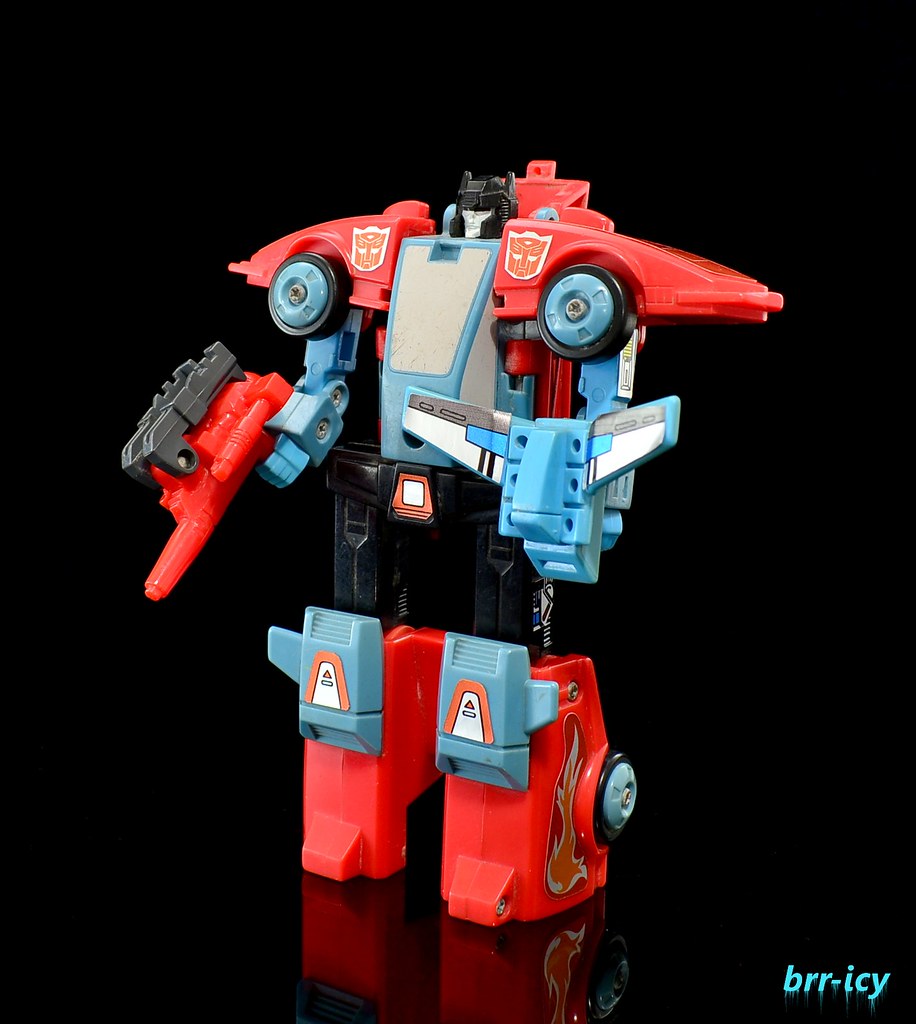 As a group, they're pretty cohesive. All three having a futuristic land alt mode. This pic also shows their weaponized vehicle modes. 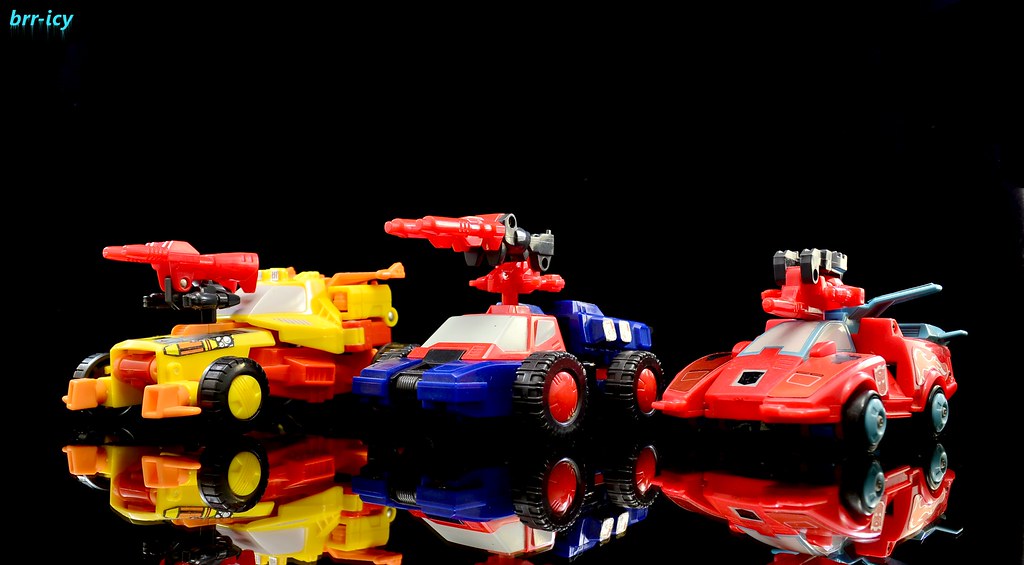 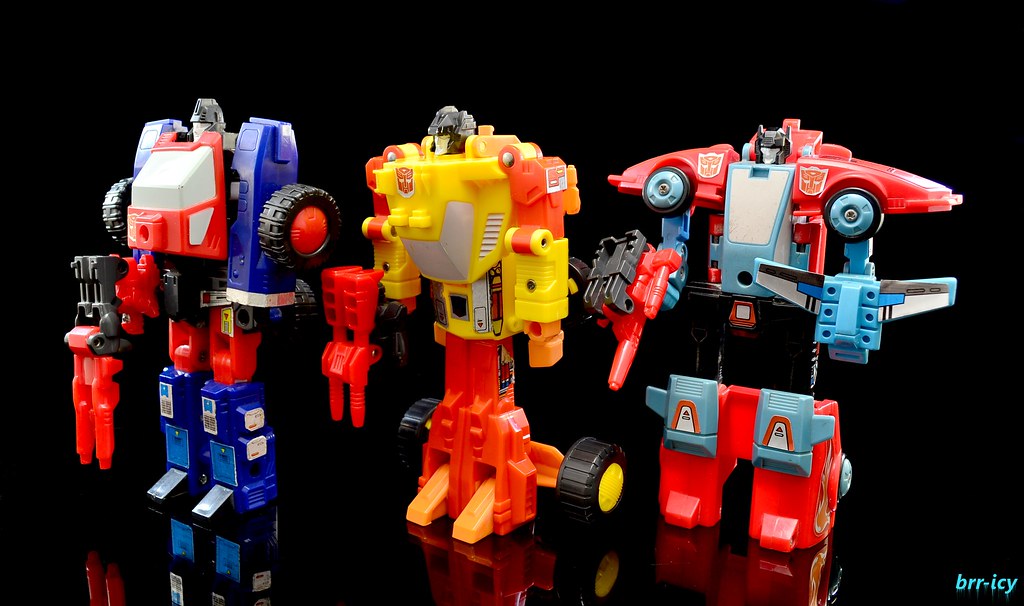 The Targetmasters themselves have a pretty neat look to them. I think that, out of the three, the best looking one is Spoilsport 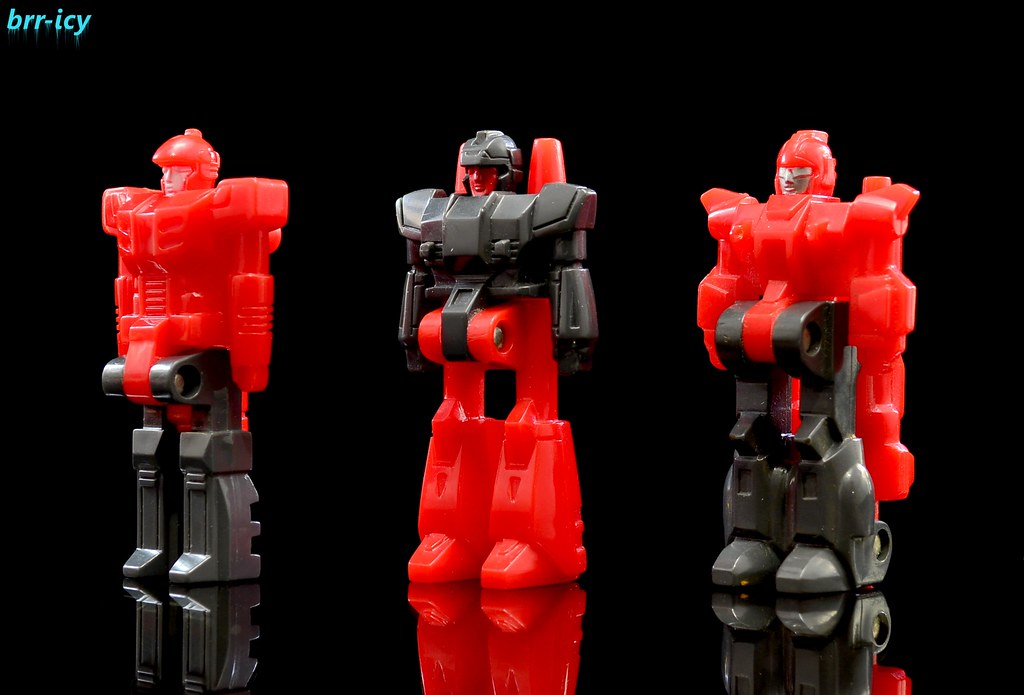 All in all, these guys are a good intro set for people looking to get their first Masters since they are all well built, and cheap in comparison to the others.