Waiting on a package for a long awaited post. The mailman must know this, or I would have it by now. :) So, until it arrives, I might as well finish up my Junior Headmasters. These three were among the  few that i refused to buy incomplete. I've seen enough want threads for their ear guns especially to know it's a bad idea.

Starting it off with Nightbeat, I picked him up in the lot with Liokaiser, Laster, etc. Really like the Porsche alt mode and the way their helmets make the seats for the headmasters. 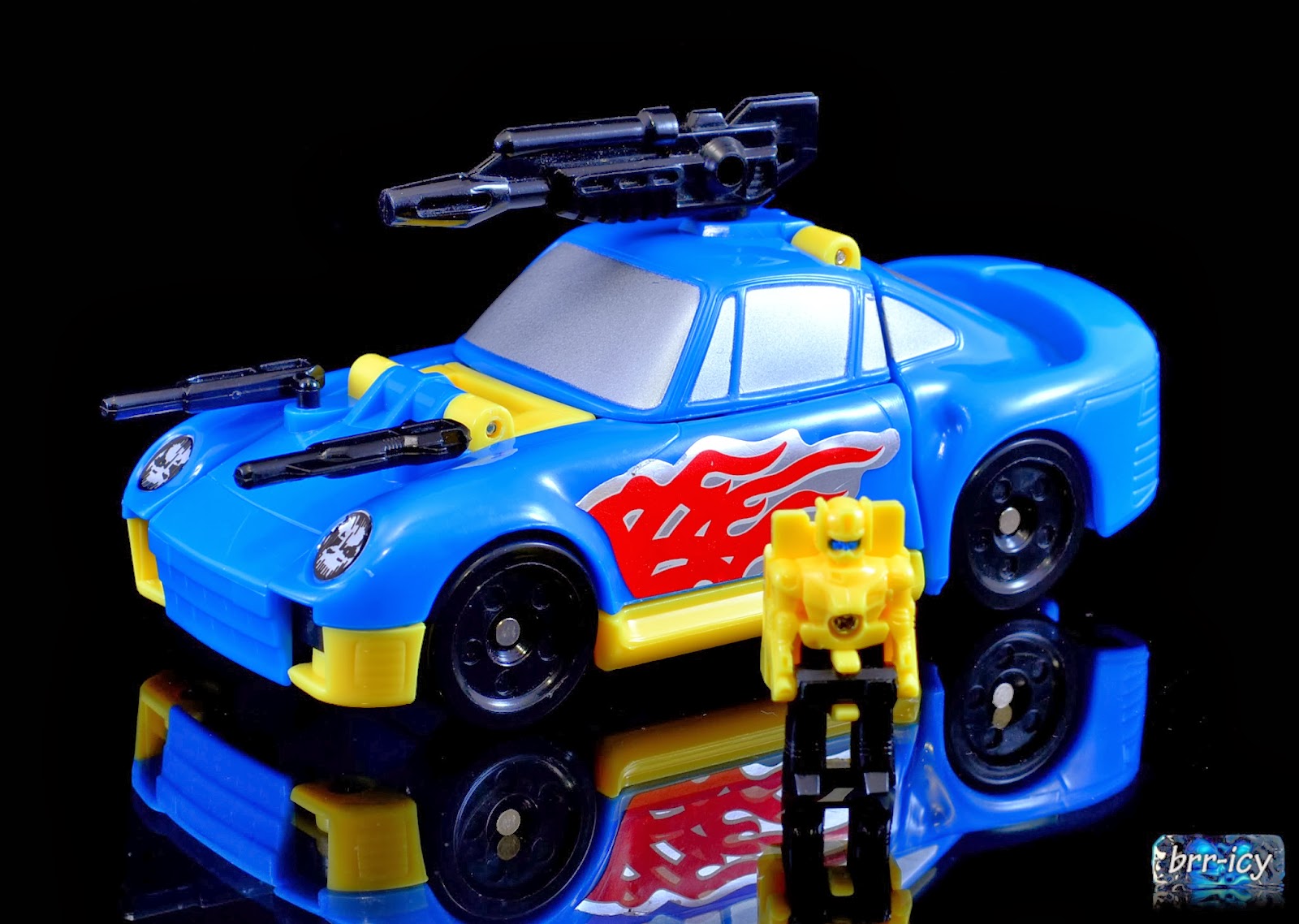 He came with the labels still sealed in baggie, so instead of using the original labels, I got a Reprolabels set instead. 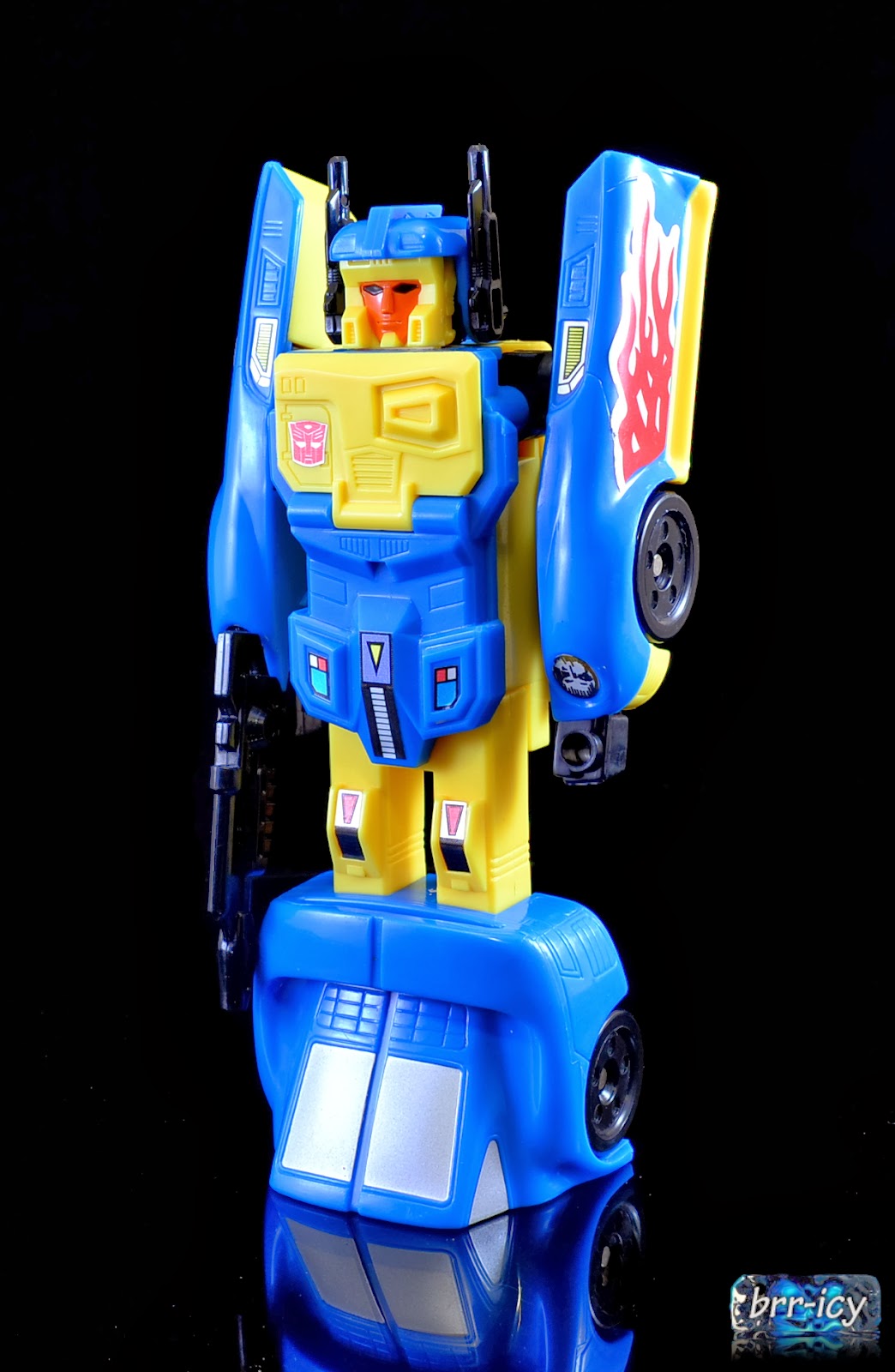 Siren I picked up at TFcon last year, he was the "last" G1 figure I was going to get for my US collection. Until I decided I wanted the complete line including Pretenders and 86 character Targetmasters. I've had to replace the head and body since they were yellowed. You can see that the headmaster's crotch tab was broken in this pic too. iamratchet hooked me up with replacements.. He's pretty big for a "junior" due to his transformation. It's too bad about the yellowing, because other than that, the body is in fantastic shape. Finishing the US trio with Hosehead (or Carb in Masterforce), who I got in the lot last year with Nightbeat. This was the first time I had ever handled the mold, and I was pretty impressed by the little details. from the very articulated ladder to the little panels that cover his thighs in vehicle mode. His bot mode is my personal favorite of the trio. I think it has to do with the red, black, and grey colour scheme. His was the only toy of the three Autobots to be the same in the US and Japan. A couple group shots of the US trio. They really look good together, but not as cohesive a team as the Masterforce releases. A couple years ago, Highendtfs found a pair of KOs in Korea, molded in mostly the same colours as the Masterforce releases. I picked up a pair of them when Reprolabels announced they were going to do a free set of labels. Neither was 100% accurate, but they were good enough for me for a while.

Minerva came with a black torso and windows. I thought the black looked too dark for her, so I painted it in the proper colours. I left the face paint the way it was. Go Shooter I left alone. I like the dark blue of the ko. The only Major change to the mold was that they don't have the stat meters of the originals.

Around the same time TFPrime on TFW made a set of repro boxes for them, I picked up a set of them as well. They even came with cards and decoders. I'm pretty sure his files were the ones used to make the free labels from Reprolabels as well.

The search for an original pair of them continues, but even when I get the originals, I will probably display these two in box like this, they look pretty good.
Posted by Brr-icy at 18:38