This will be a short post, but it's a Sunday. I was waiting for something in the mail all week, which should have been here by Tuesday. According to the tracking, it was in the city that sorts it to come here the next day on Monday, but went on a random tour past here for some reason. Hopefully it shows up tomorrow.

First of the two Decepticon patrols is the Sports Car Patrol. Made up of (R-L) Blackjack, Road Hugger, Detour, and Hyperdrive. I posted comparison pics with their Japanese counterparts as they were one of the two patrols to be recoloured for Zone/RoC in this review: Zone Micromasters. I like both sets,, This one was one of the ones I owned as a kid. I distinctly remember Detour and Blackjack. 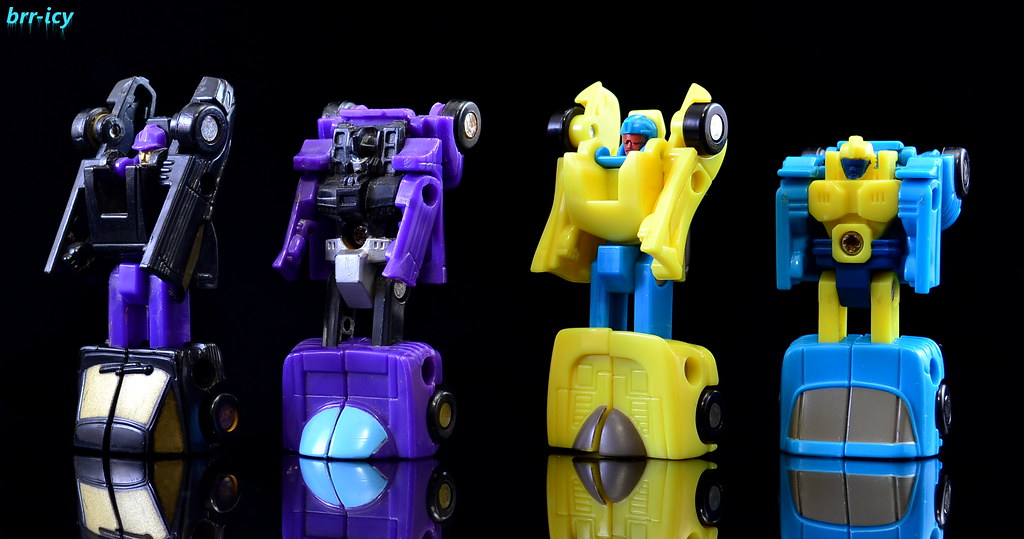 The Air Strike Patrol is the other Decepticon set released in '89 It was also the most fleshed out. In the Marvel comics, they got quite a lot of characterization. From L-R: Nightflight, Tailwind, Storm Cloud, and Whisper. They were released in Japan as the Jet Patrol Team without any changes, except they were rebranded as Autobots, the Purple and black jets don't scream Autobot to me, but whatever.

Theirs was the only Patrol to be redecoed in the US in it's entirety, Nightflight was used to make Airwave, Tailwind into Hot House, Storm Cloud into Sky Hopper, and Whisper into Groundshaker. 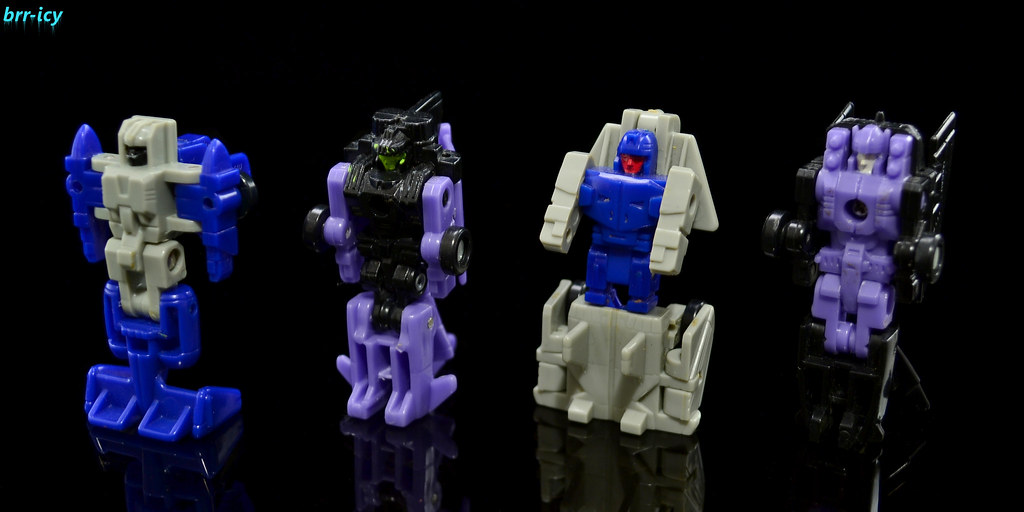 One thing about Micromasters is that they were simple enough for single-use molds. Something we don't get a lot of anymore.
Posted by Brr-icy at 20:05