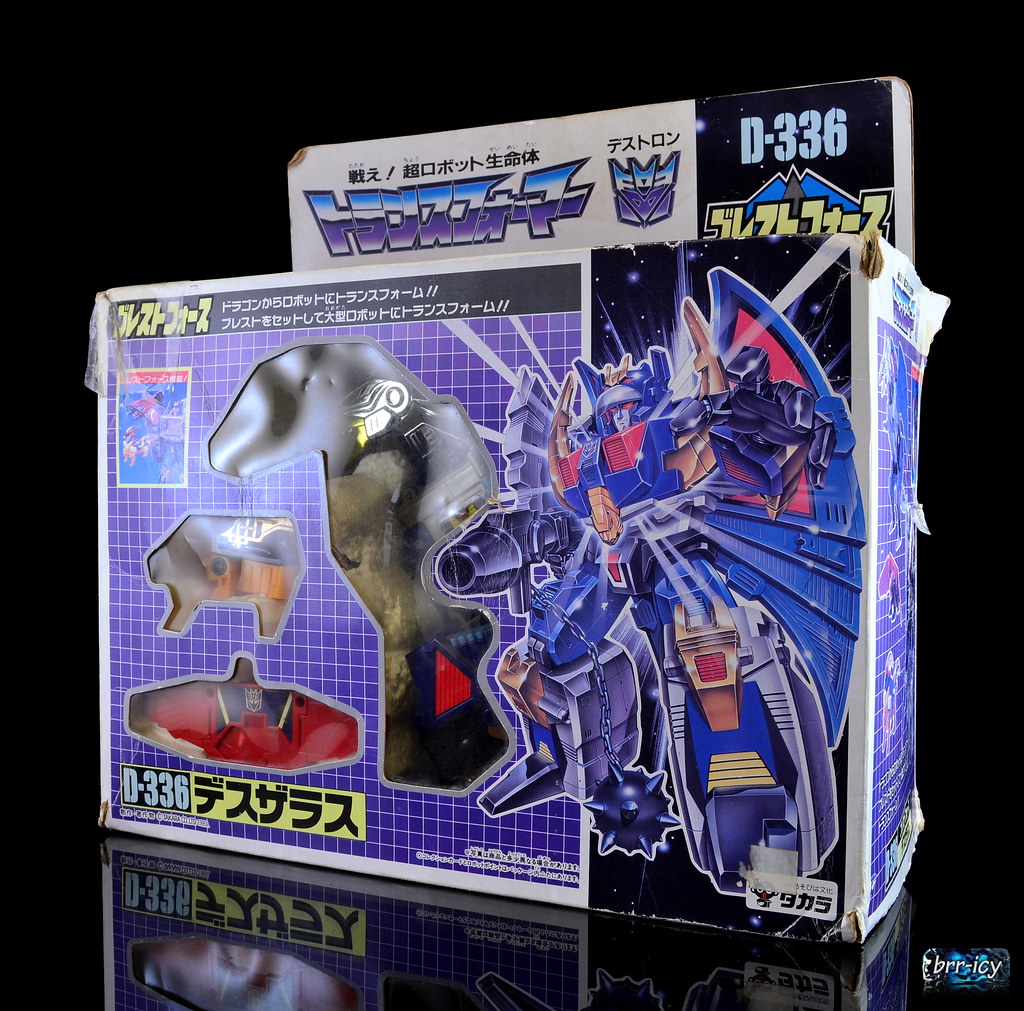 I received this guy in the mail today. Very pleased with it and can't wait for the next piece the seller has... Thanks again :)  Not too bad of a figure, It was missing the little guns for the eagle, I have found one already, but the other one might take a while. The box art for him is great. too bad the mace isn't on a chain like it shows.
The box back has the Victory fight scene, his art, the toy features, Techs, and a cross sell for Liokaiser.

For size, he's not the largest G1 Decepticon, but he is in the top ten, I'd say roughly Leader class in height, for a size comparison, here he is with the Voyager Darksteel that Reprolabels gave out their free label set to convert him to Deathsaurus, just waiting on the Renderform kit for it to be a great homage. now someone make him a transforming tail, and we're set lol.

Since that picture starts with the robot mode, we will start there. His "living-metal-destroying cannon" can be held at the end to be a mace as well. I like that they added leg splits for him not to look so straight up and down, gives him a more relaxed posture instead of a standing at attention. He has a giant shield on his arm as well. 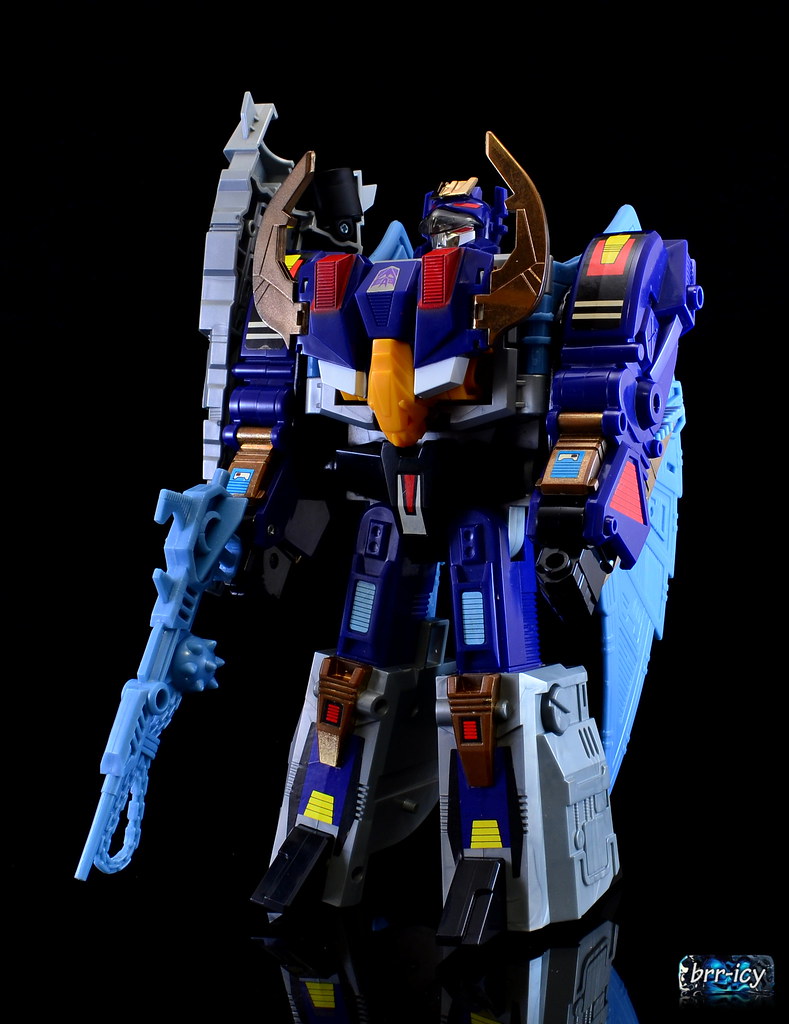 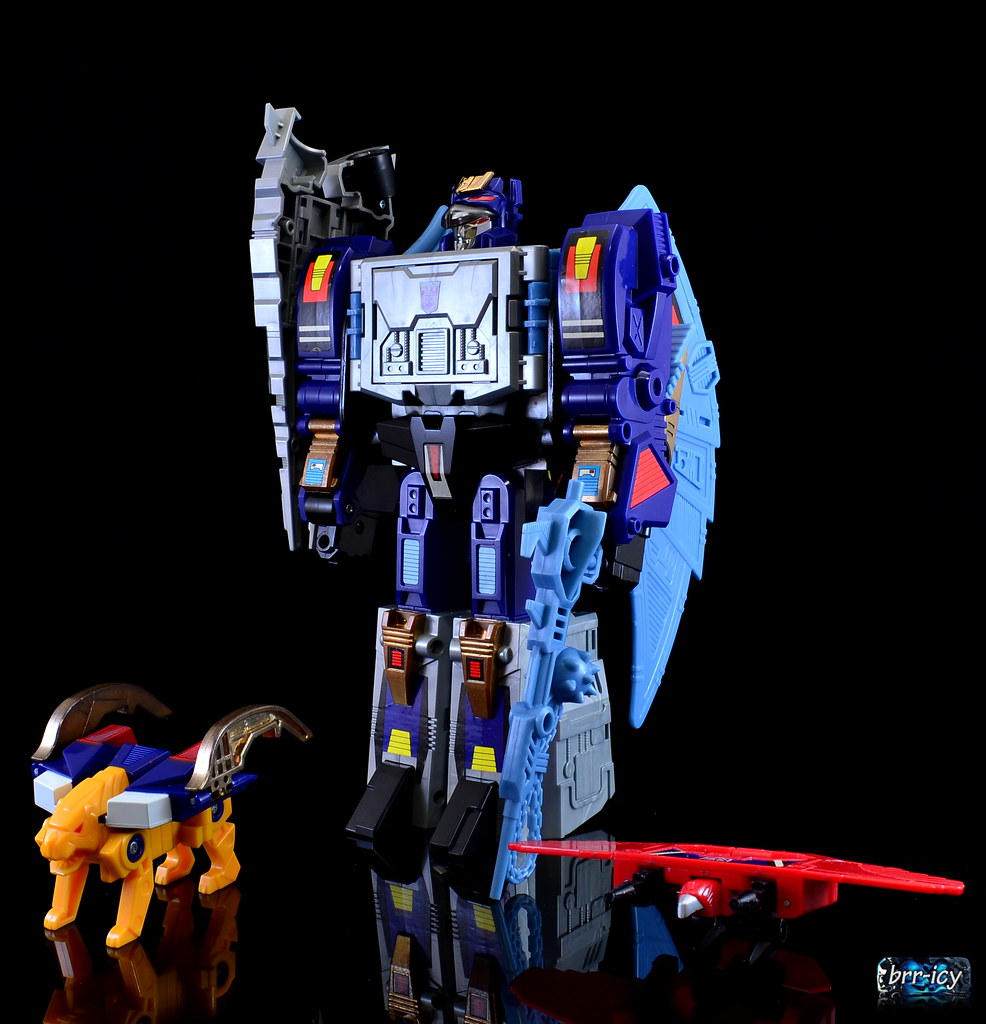 Like the Breastmasters of Liokaiser, His can become guns. The Eagle you simply leave the guns on sticking out and fold the rest of him back in to breast mode, pulling out the handle. The lion slides over the fist and the barrel of the gun folds out from it's stomach area. 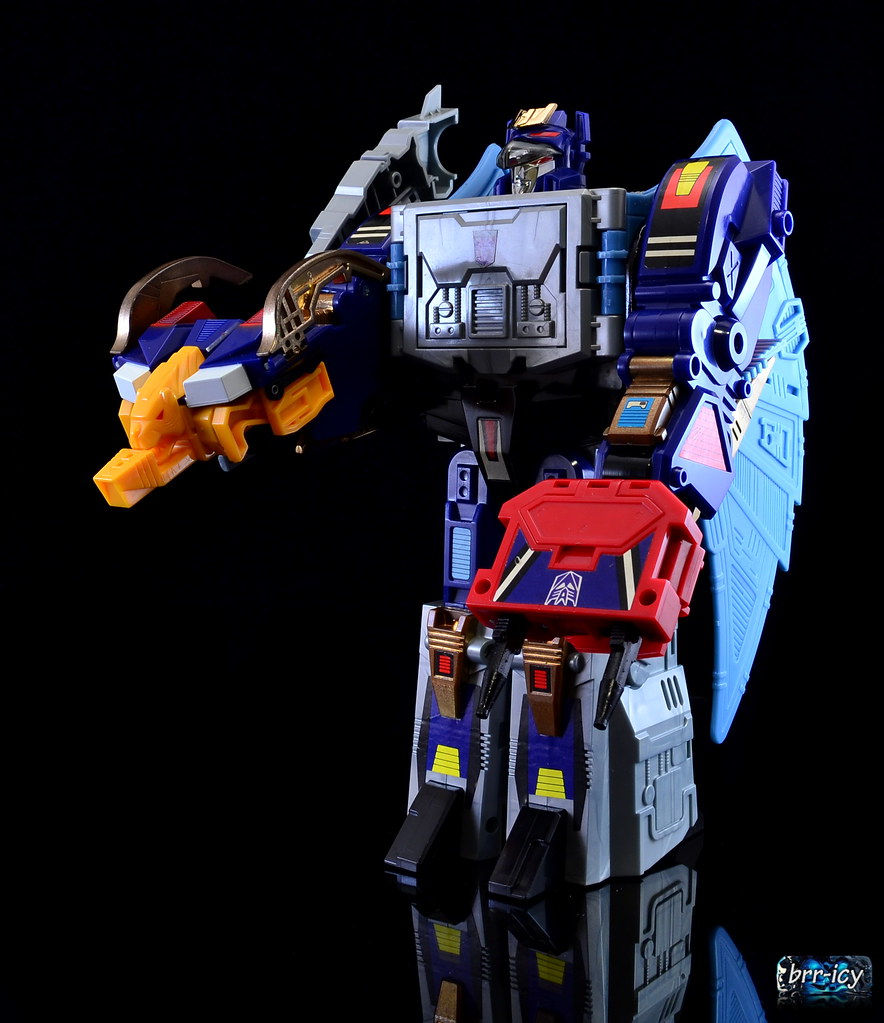 Transformation to dragon mode was interesting, I really like how the rear legs fold out of the arms and the shoulder parts swivel down to the back. His shield becomes the tail for this mode. He's pretty imposing in this mode. I am glad I saved him for one of the last new molds from Japan. Only Metalhawk remains for those, and he will be soon lol. 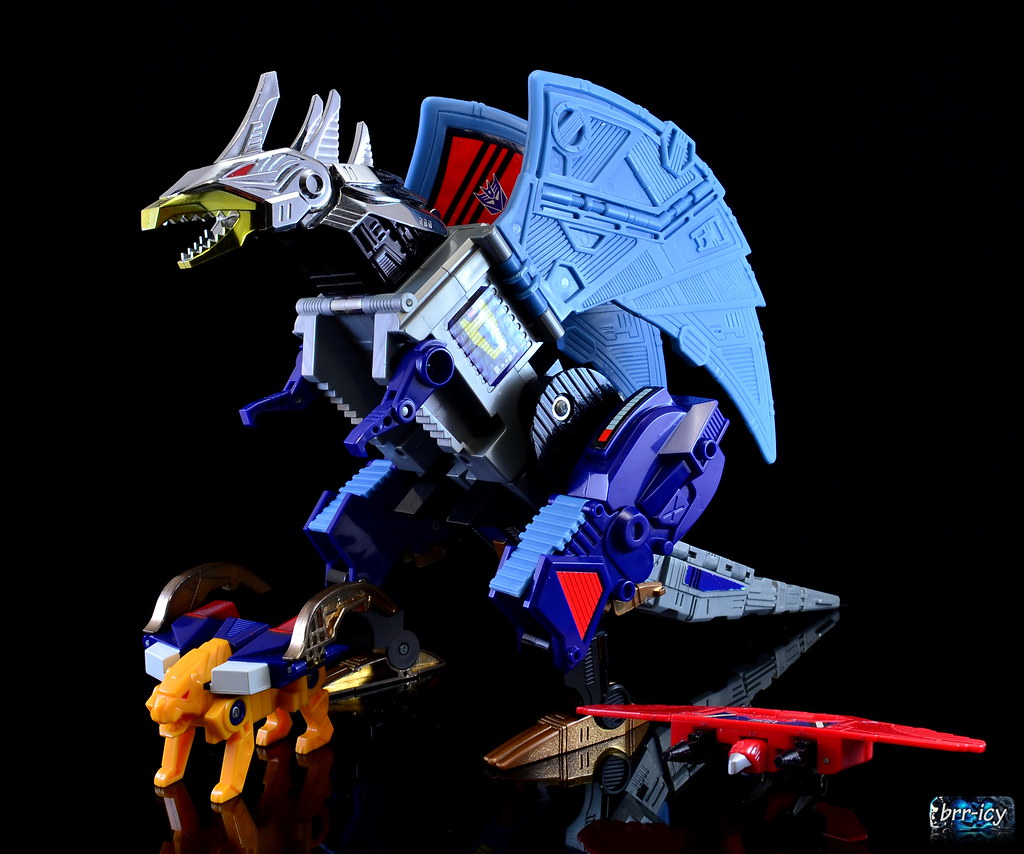 I also received this in the mail today, it was missing a couple of the bots, but had Gaihawk, and all the parts I needed. (plus paperwork, and being in generally awesome shape) I figured since I've already done his review, I'd just post a couple pictures here. 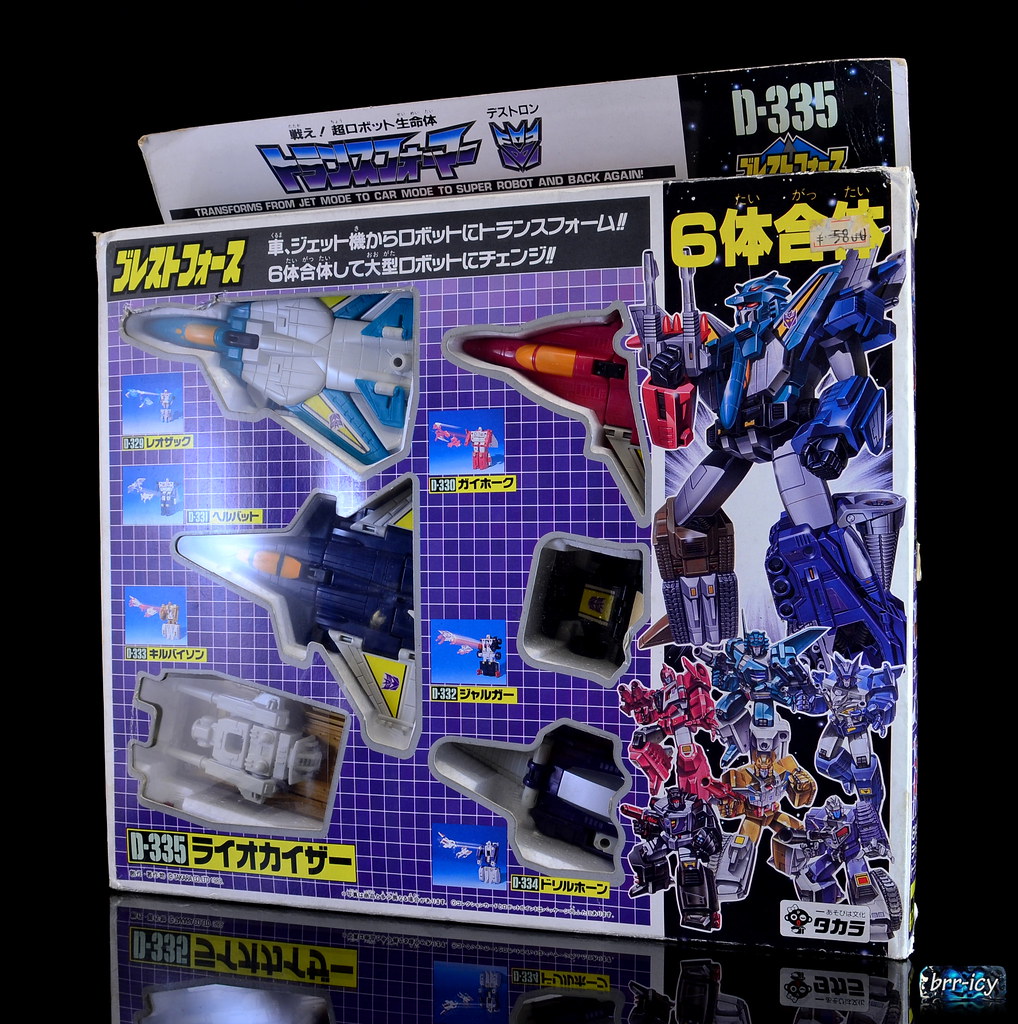 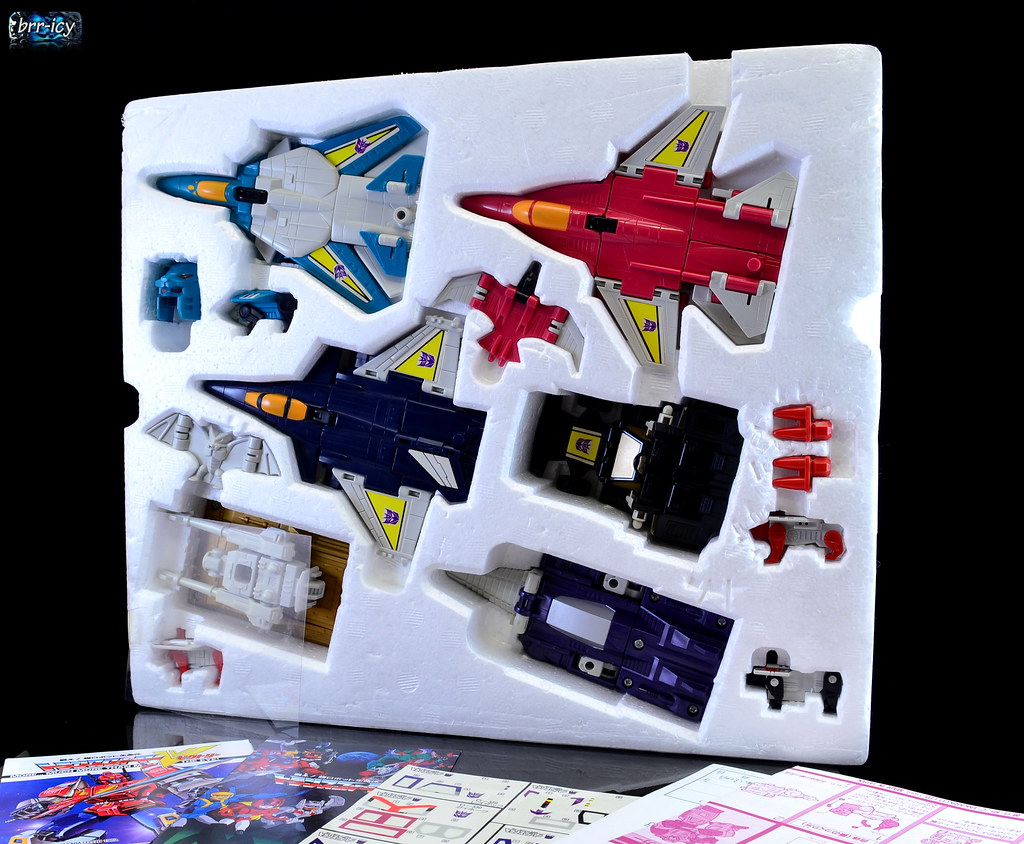 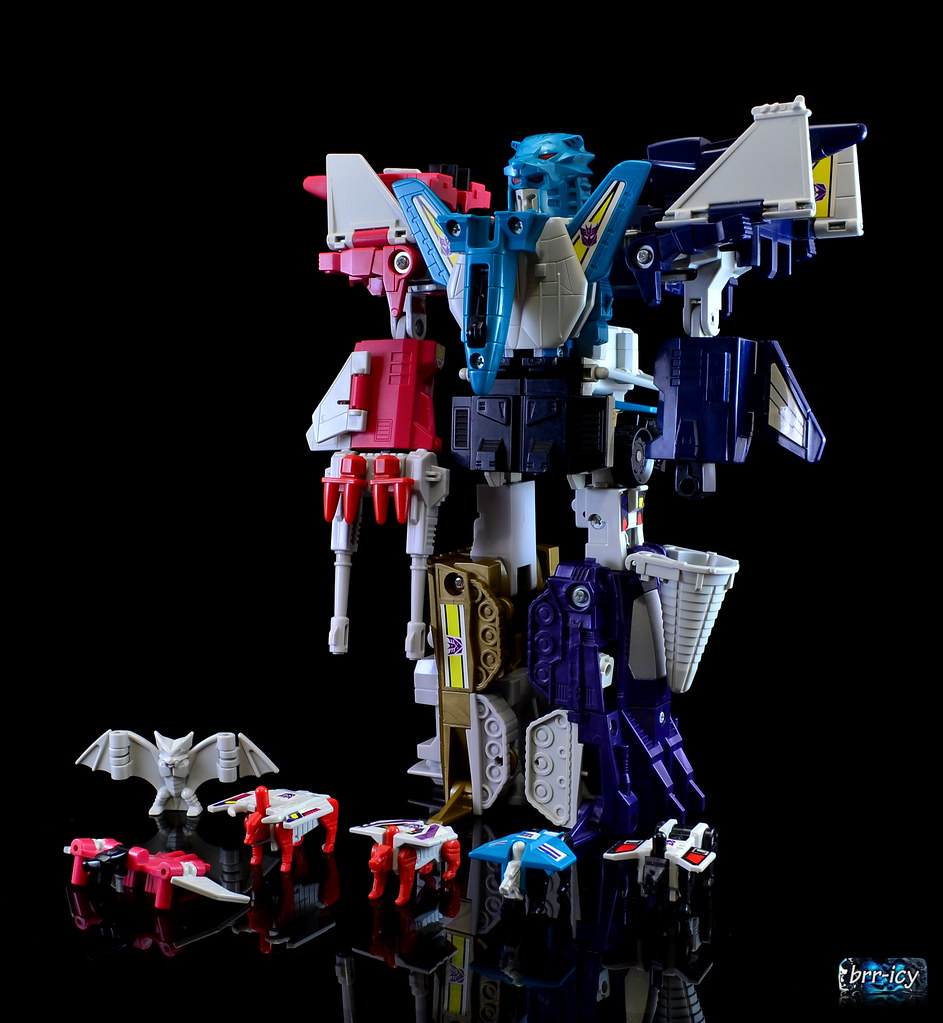 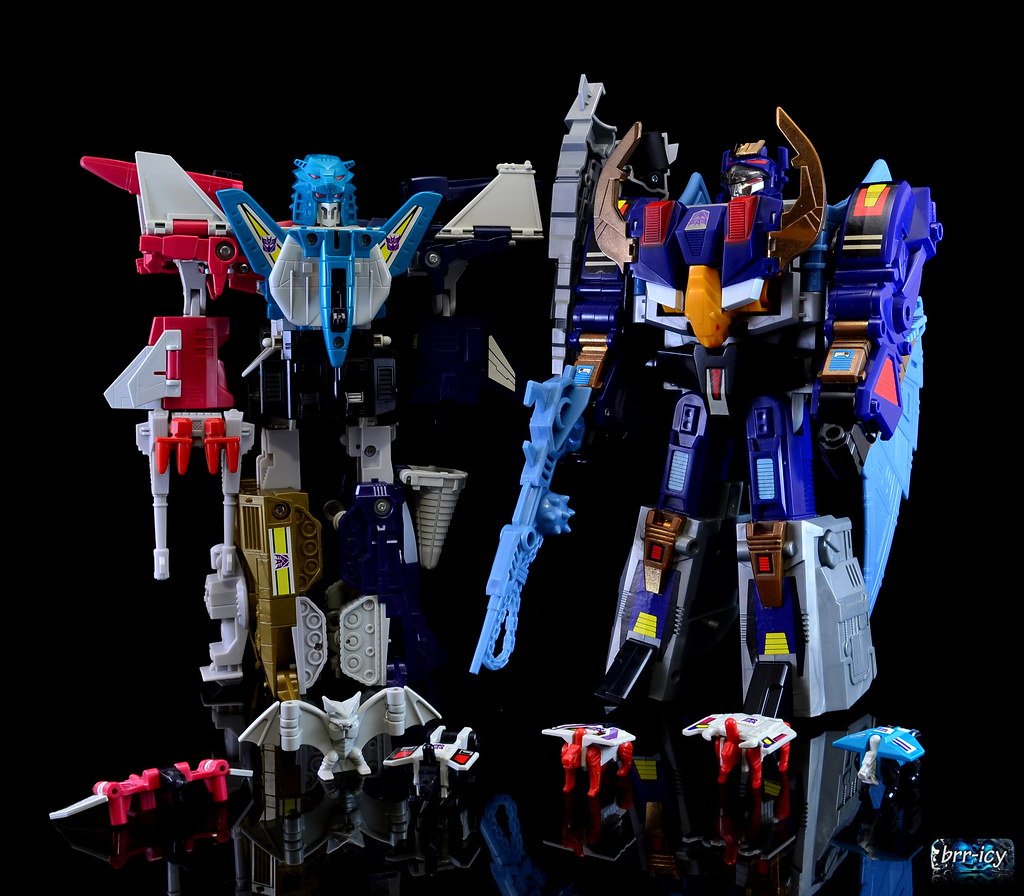