Just got this guy in the mail, have been waiting on him to show for a couple months, well worth it i think. Clouder is a redeco of Doubledealer, with a much more quality looking finish. 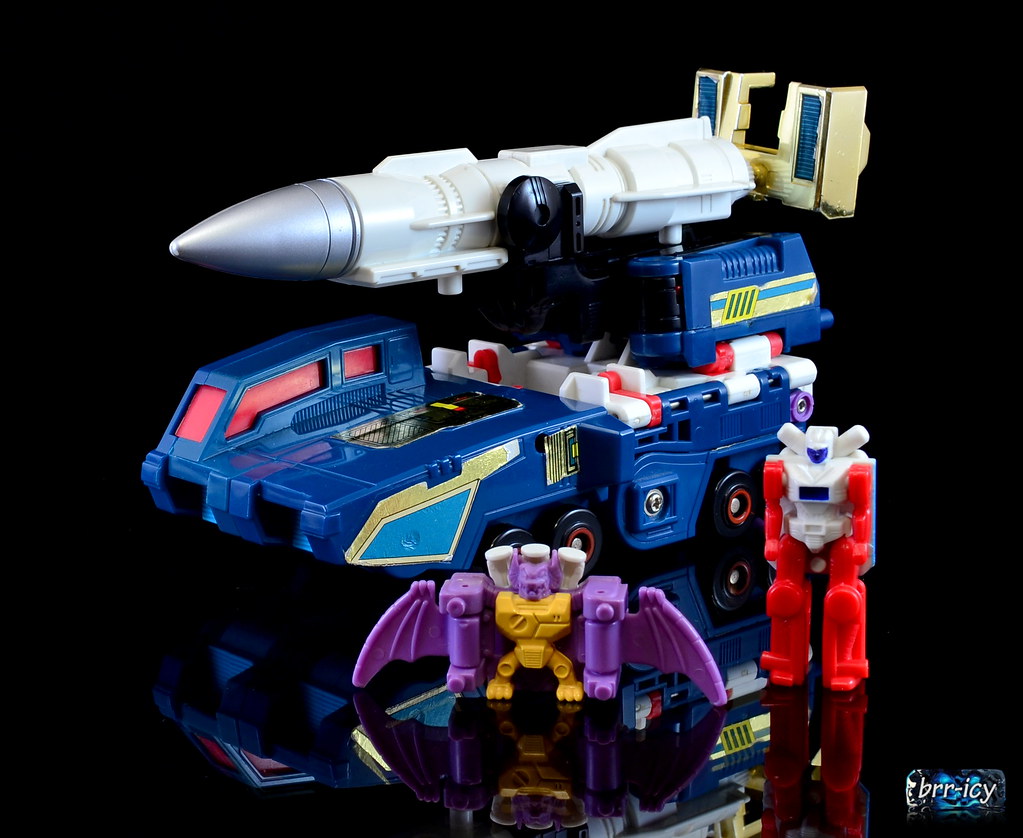 He is a dual Godmaster, Both of his engines unlock one of his transformations from the truck mode. Bat unlocks the Bird and the Human unlocks the bot mode.

In missile truck mode, the first thing that you notice is the white missile with the silver tip. The chest plate has been chromed as well as all of the grey plastic has been replaced by white for Masterforce. It sports a new set of labels and some different paint apps.

In Destron or Bird mode. 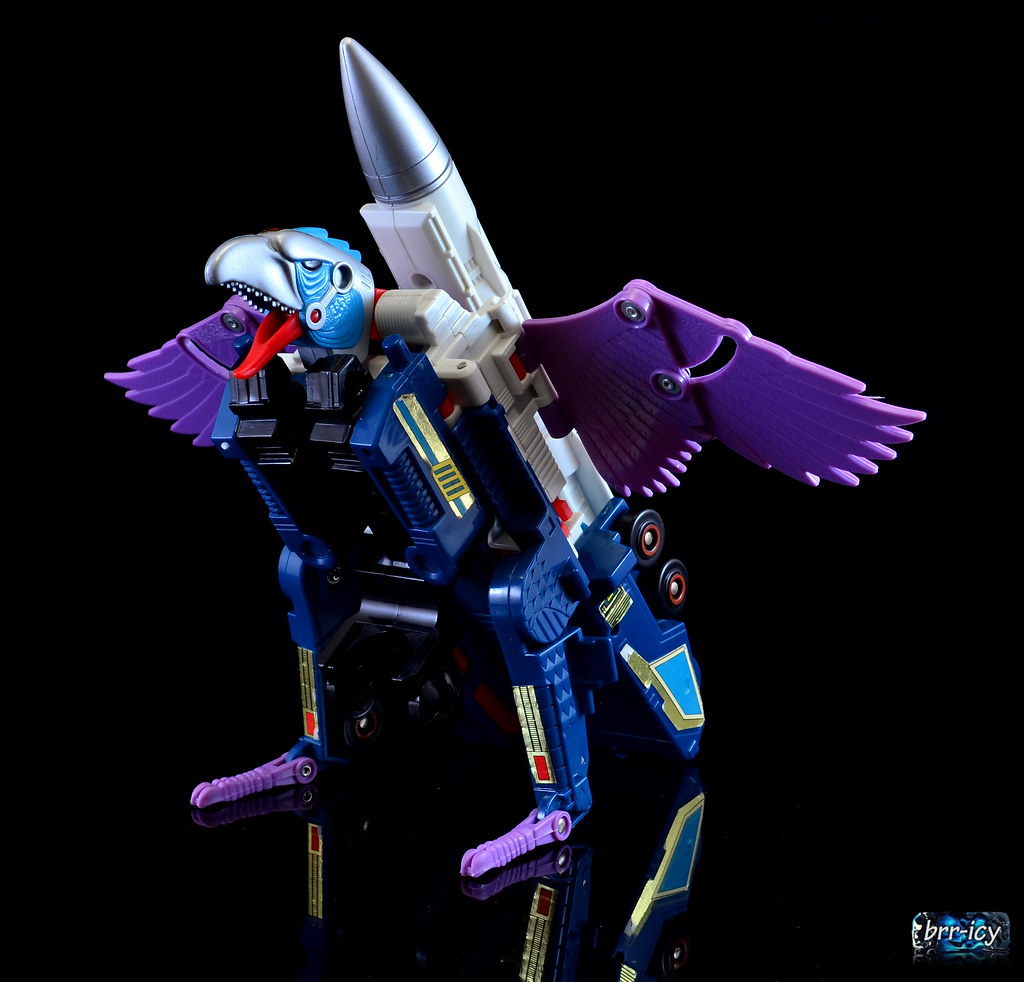 The lack of paint and the stickers are very apparent in this mode.

Took a close up of the bird heads to show off the extra paint on Clouder. It really takes it from kind of organic looking to more robotic I think.

In robot mode, the gold really stands out along with the white chest. You can see the Godmaster port in his stomach area. There are three buttons in it, the one in the middle is pressed by the robot Godmaster, and the outside two are pushed by the bat. 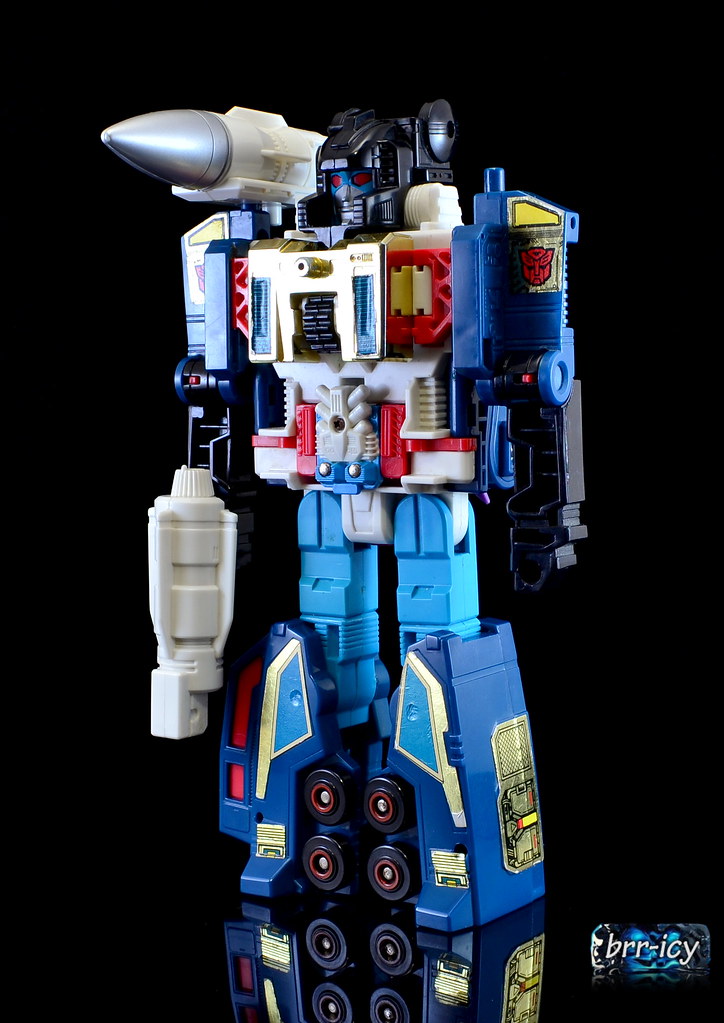 Here's the final mode with Doubledealer. You can see the extra silver paint is also on the robot mode face of Clouder.

The only real difference with the Godmasters vs the US Powermasters is the white plastic on them. Unlike Buster and Hydra who sported chrome engine pieces. 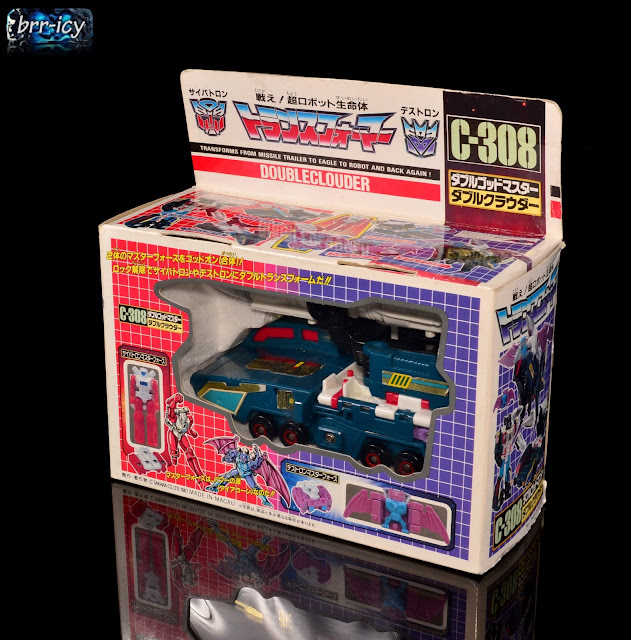