The Decepticon side of the Jr Targetmasters is much more diverse than the Autobot side of things with the construction vehicles. I guess you could argue that they are all military though.

Two of them have recently been seen in the comics in bodies much like their original incarnations. Quake has seemingly been left behind.

Needlenose is the jet of the group. For some reason, he is the most expensive of the small Targetmasters, maybe due to the light grey plastic's tendency to yellow or the little fin that is easily lost? I'm not sure. He comes packed with Sunbeam (purple) and Zigzag (black) I picked him up from Megatoyfan without the fin for a really good price and scored the fin cheap later. 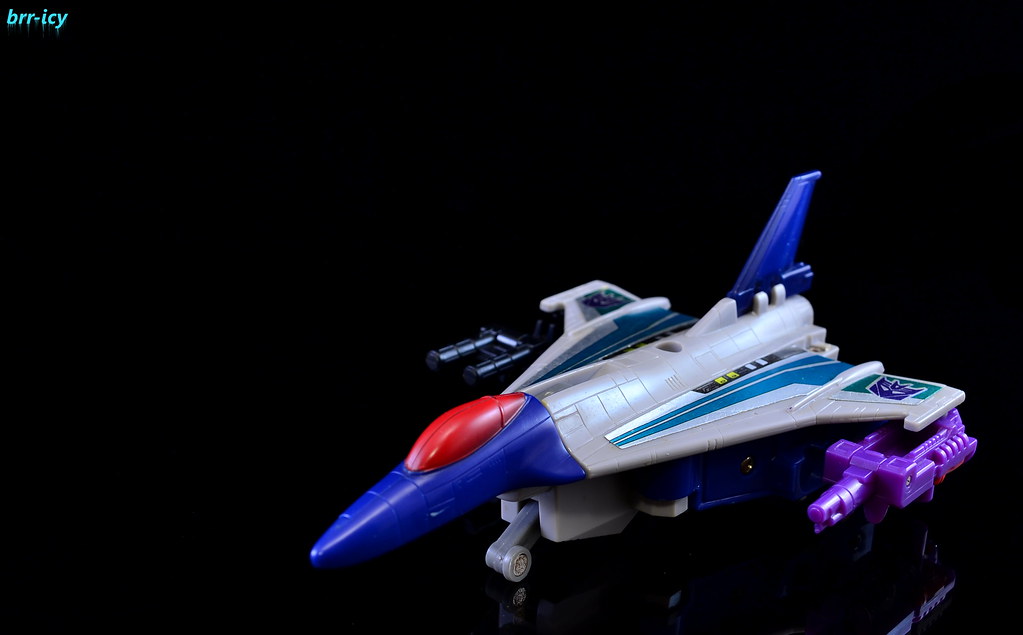 His transformation is pretty well executed, with the way the legs hide up near his ears and the arms collapsing into the torso. He does have the roll the helmet forward to cover the eyes head transformation though. 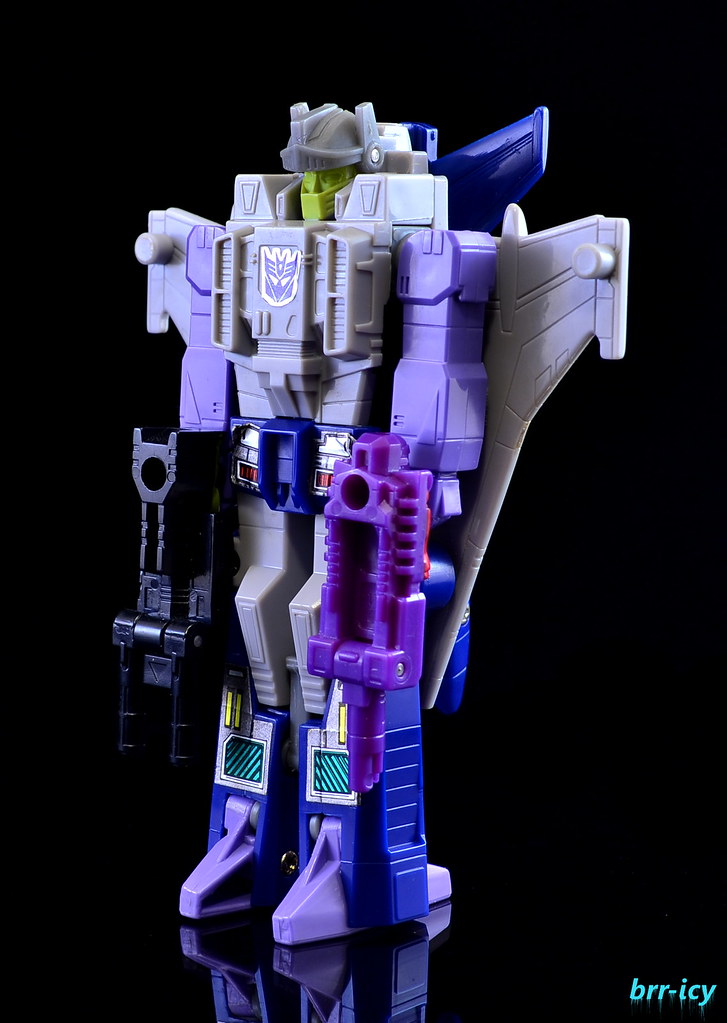 Secondly, Spinister, he turns into probably the best transforming Apache helicopter I've seen pulled off, minus the colours of course. Hairsplitter (purple) and Singe (black) are his partners. I bought this figure from L when I collected G1 the first time, then sold it to a friend, who sold it to Megatoyfan, who I bought it back from this year, I think every figure I sold that friend except one is back in my collection. 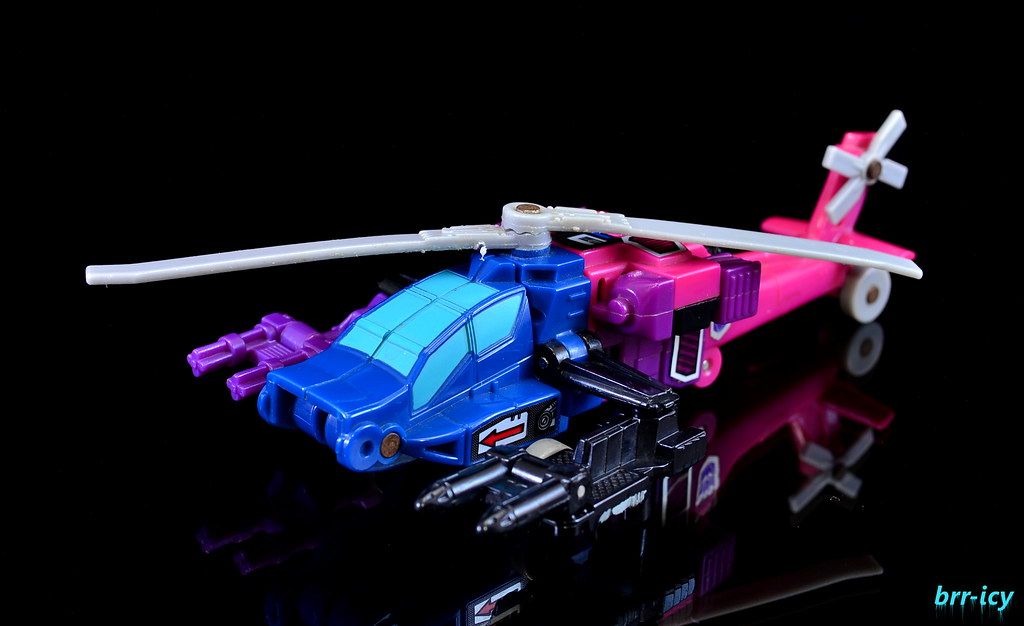 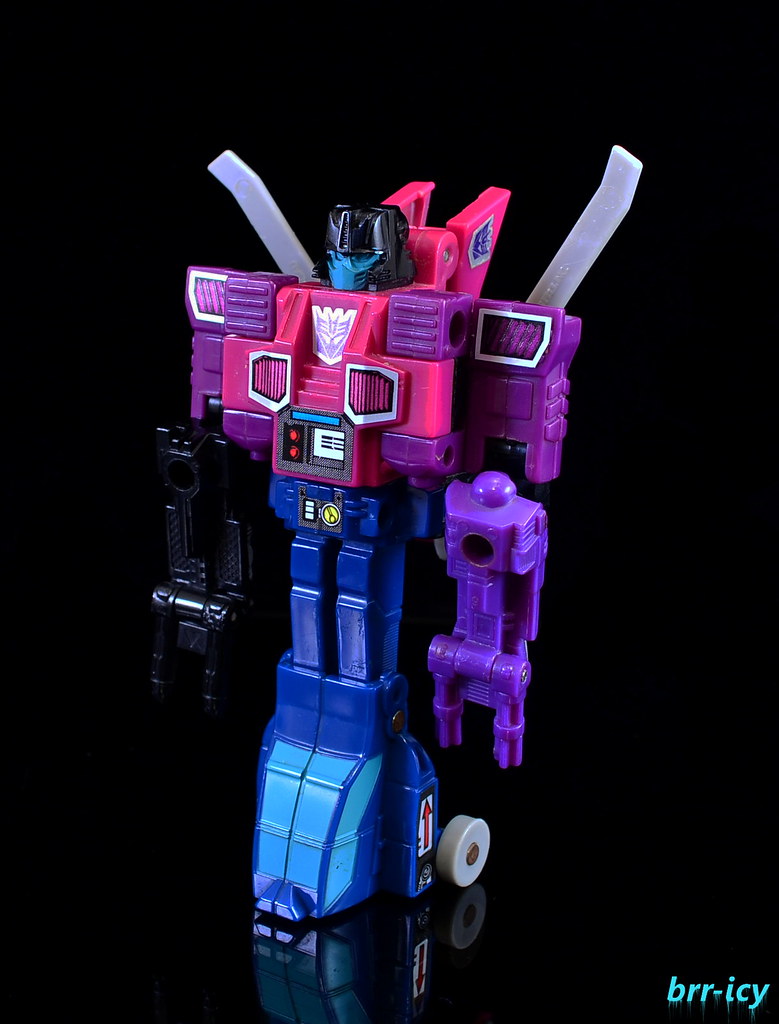 Lastly, Quake, he turns into a pretty solid tank. The guns can be stacked on top of the turret, which you can see in the group shots below. He comes with Tiptop (black) and Heater (purple) who can also be mounted in replacement of the turret barrel. He came in the batch with Liokaiser and co. 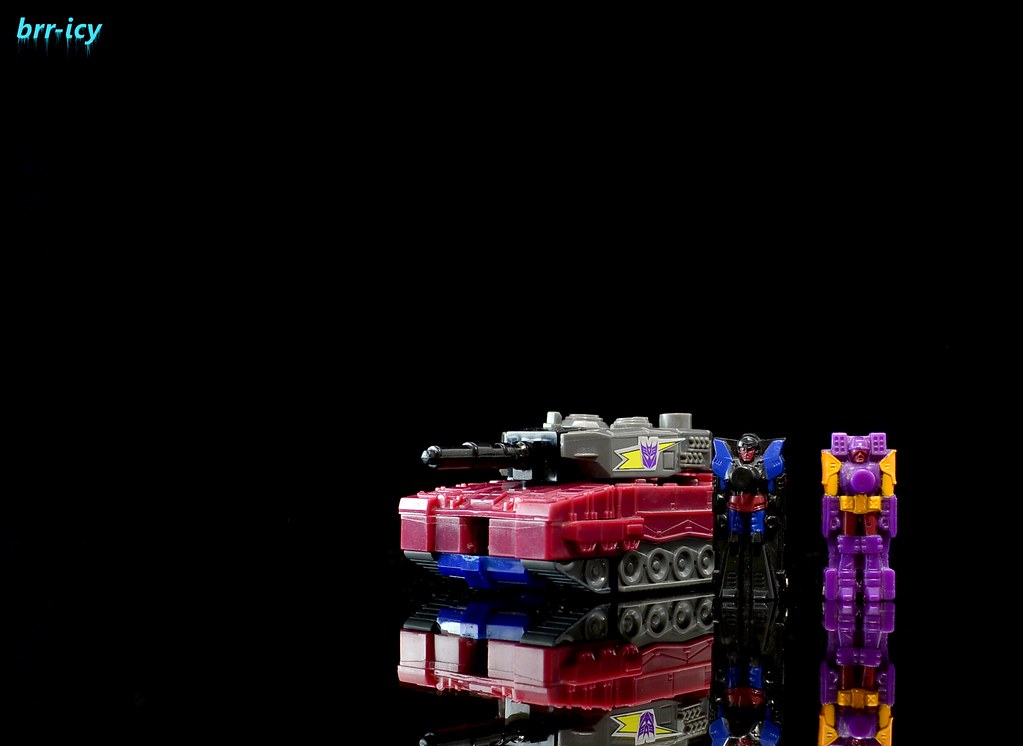 I really like how kibble free his bot mode is, especially for a tank. 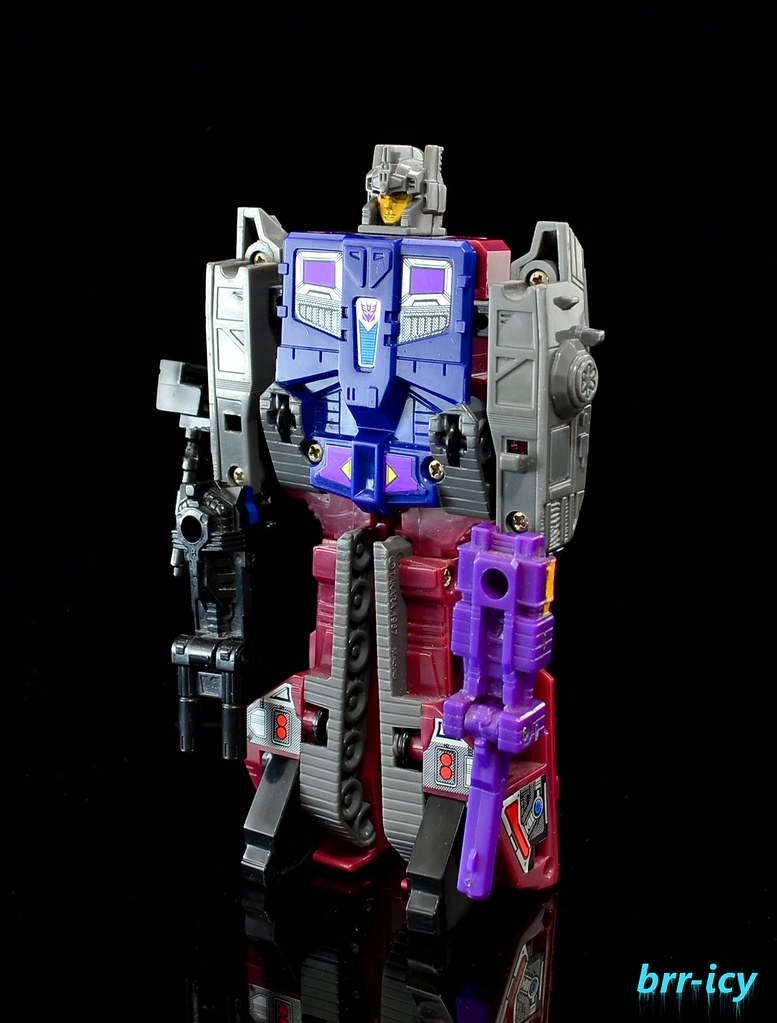 A couple parting group shots for fun. I like how the colours all mesh nicely between the three to make a cohesive set without being all the same colour. 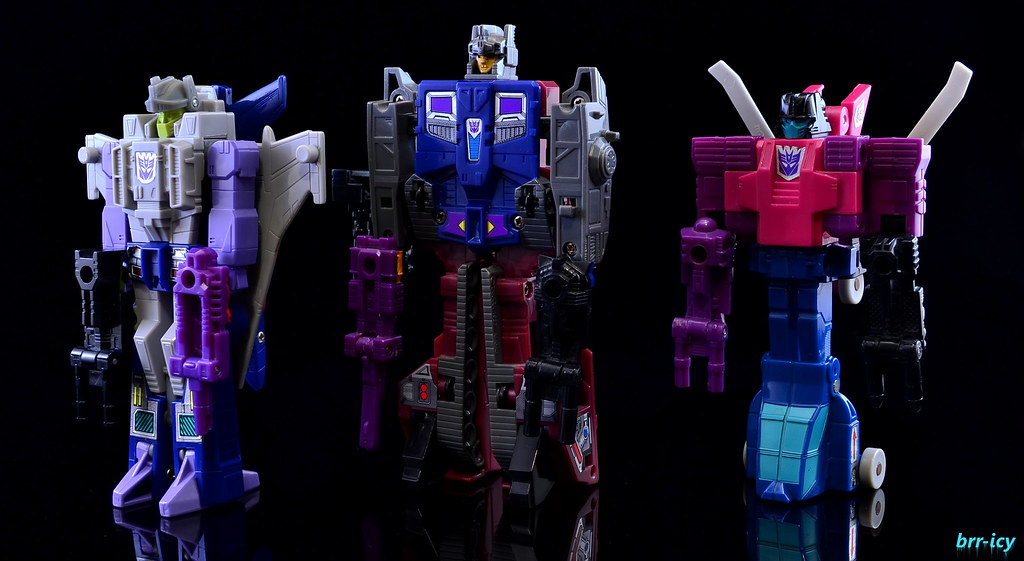