This will be an ongoing series, but not all in line, just felt like doing the other four that I had in mind for the first one, but didn't want to write up at the time. 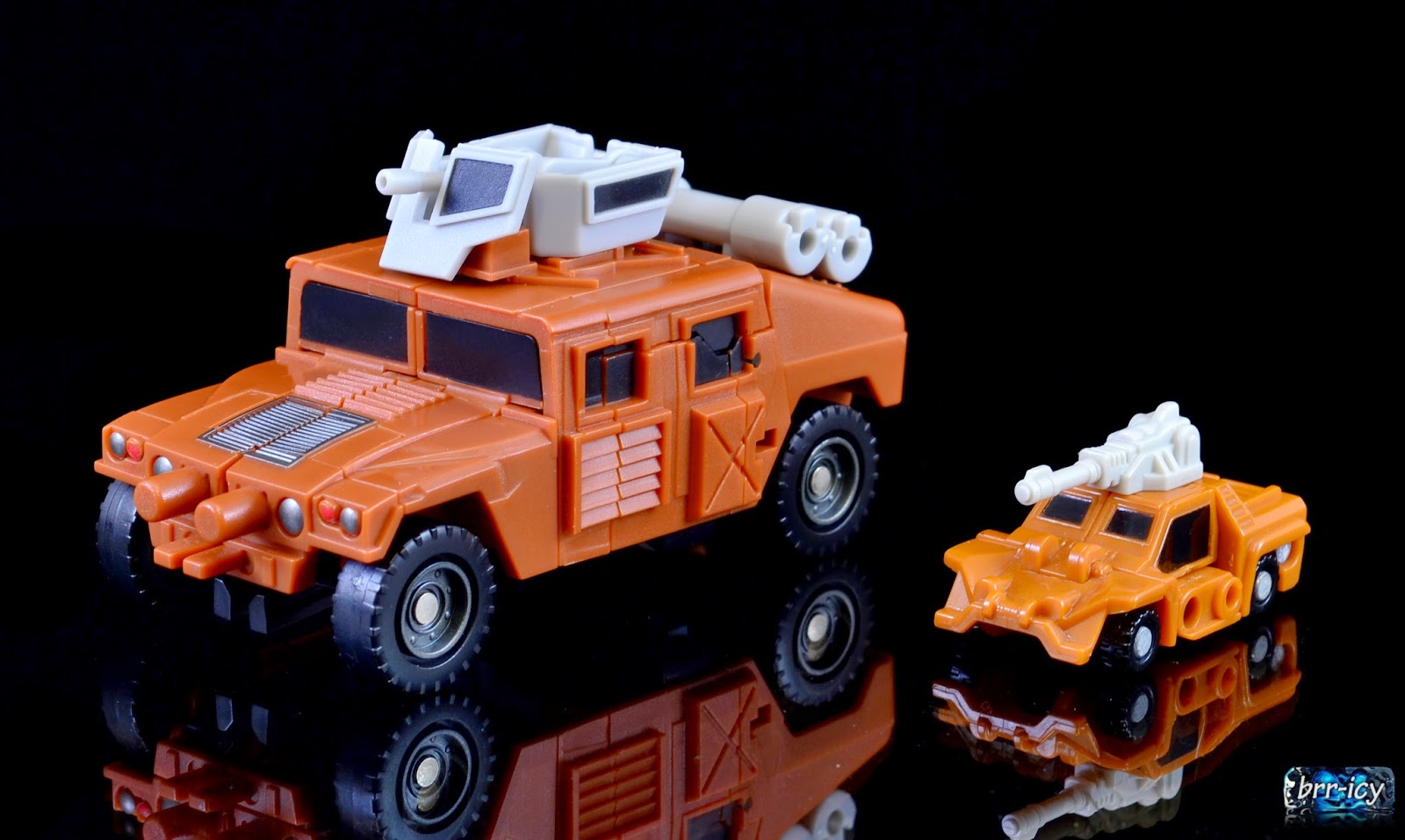 First we have what is my unchallenged favorite Fansproject release. Warcry, who is meant to represent G1 Growl from the Military Patrol. I would say it's probably one of the best homages that they've done. Real world alt mode, the roof mounted weapon, etc. 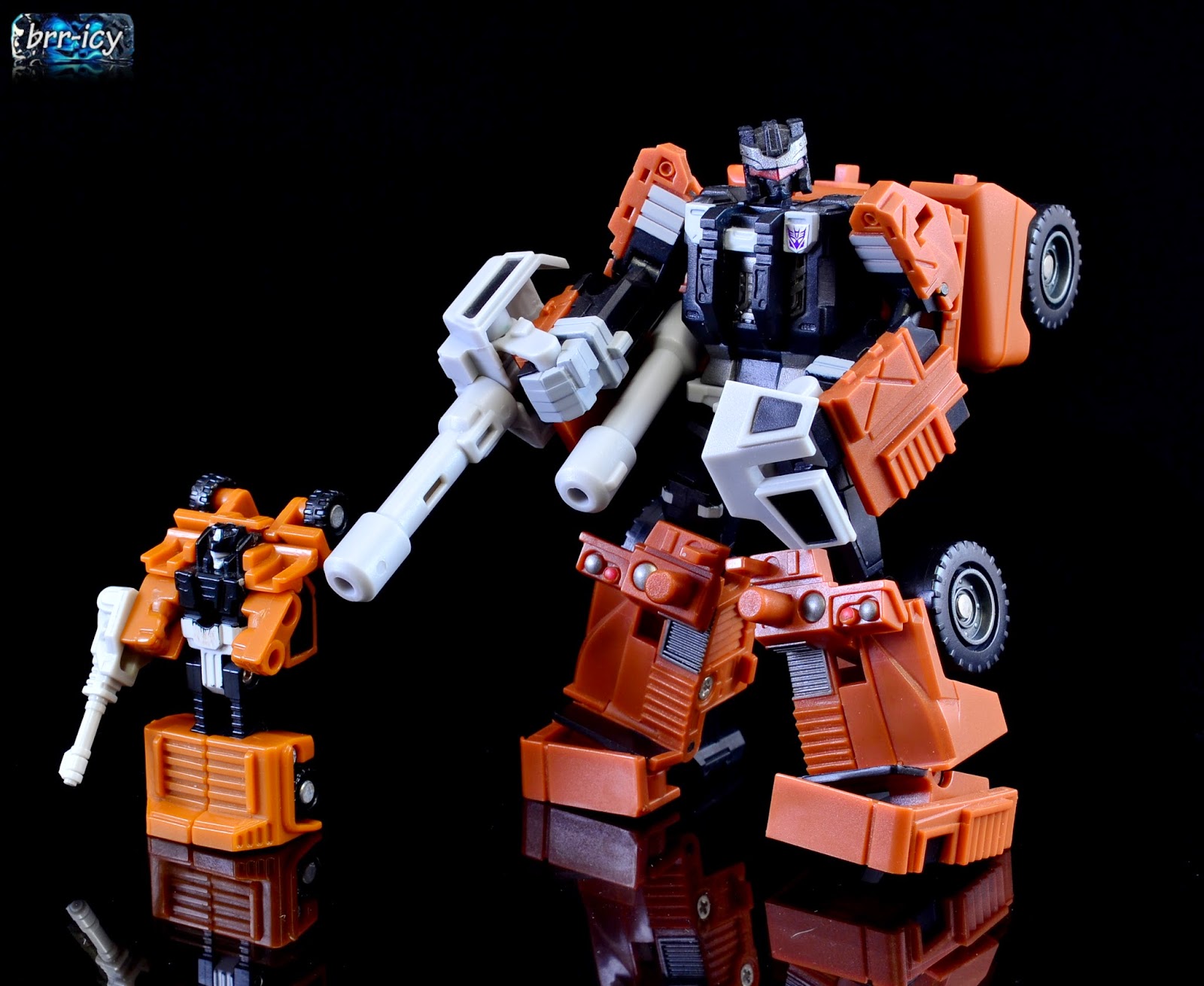 In bot mode, he really shines, pretty much dead on. same arm mounted cannon, colours are bang on, even has the ridges on the shins.

Next we have Whirl against the new Generations figure. I really like what they've done with him, updating, but keeping him very close.

Sure, the blue's a bit darker, and the feet aren't skis, but he's very much whirl, right down to the opening cockpit. All of the parts end up in the same places for both figures, there's just a degree of complexity added to the new figure that the old one doesn't have. 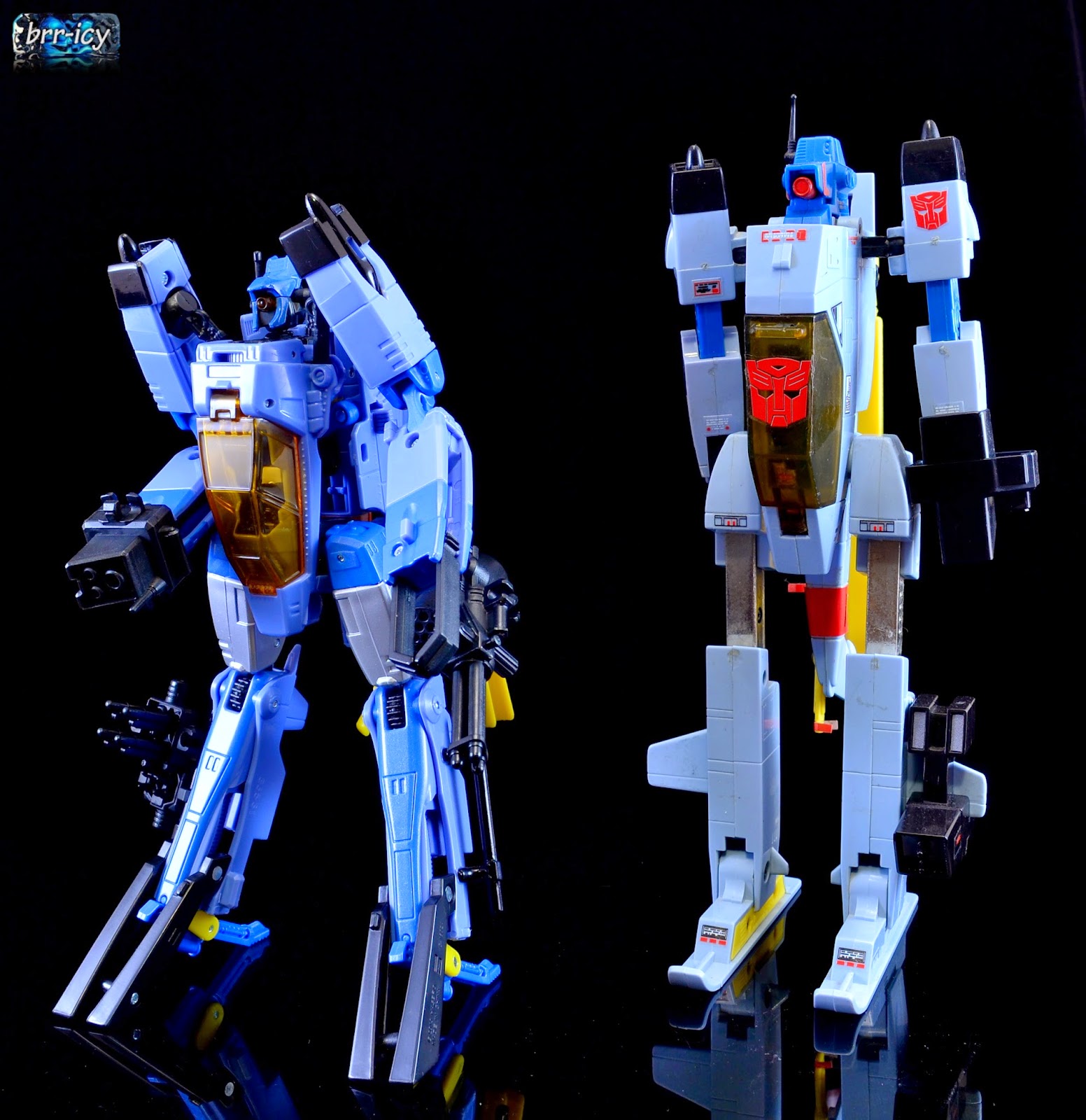 Thirdly, we'll take a look at Masterpiece Smokescreen, The car mode is awesome, you can see that I've added the Reprolabels set to him to make him more real world accurate. The colours match pretty well, and even the wheel hubs have some similarity.

Like whirl, all of the parts end up in the same places. The way they pulled off the feet on the MP is great, very clever. For this release compared to the others, Smokescreen gets a lot of remolding in both car and bot mode, unlike the G1 figure who just got the remolds to the car. Some would say it's to his detriment when placed beside Prowl and Bluestreak. 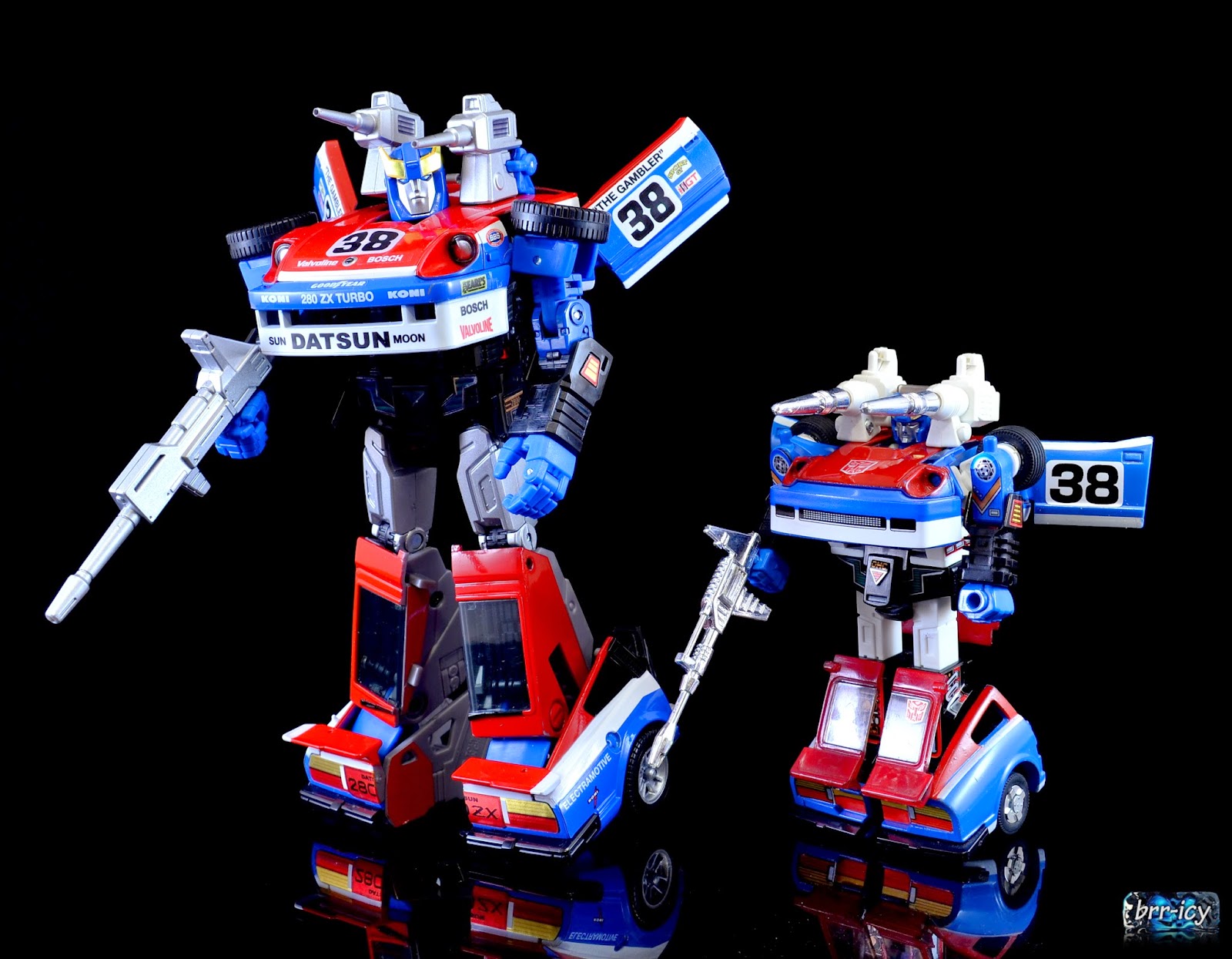 Lastly for tonight iGear's Sharky, who is a homage to G1 Gnaw. These came three in a box, but thankfully for Madhaus Toys at TFcon breaking up the box sets, I was able to snag one for a great price. In shark mode, they are very similar, other than the iGear one looks like someone stepped on the side of his face, and he has antennas. 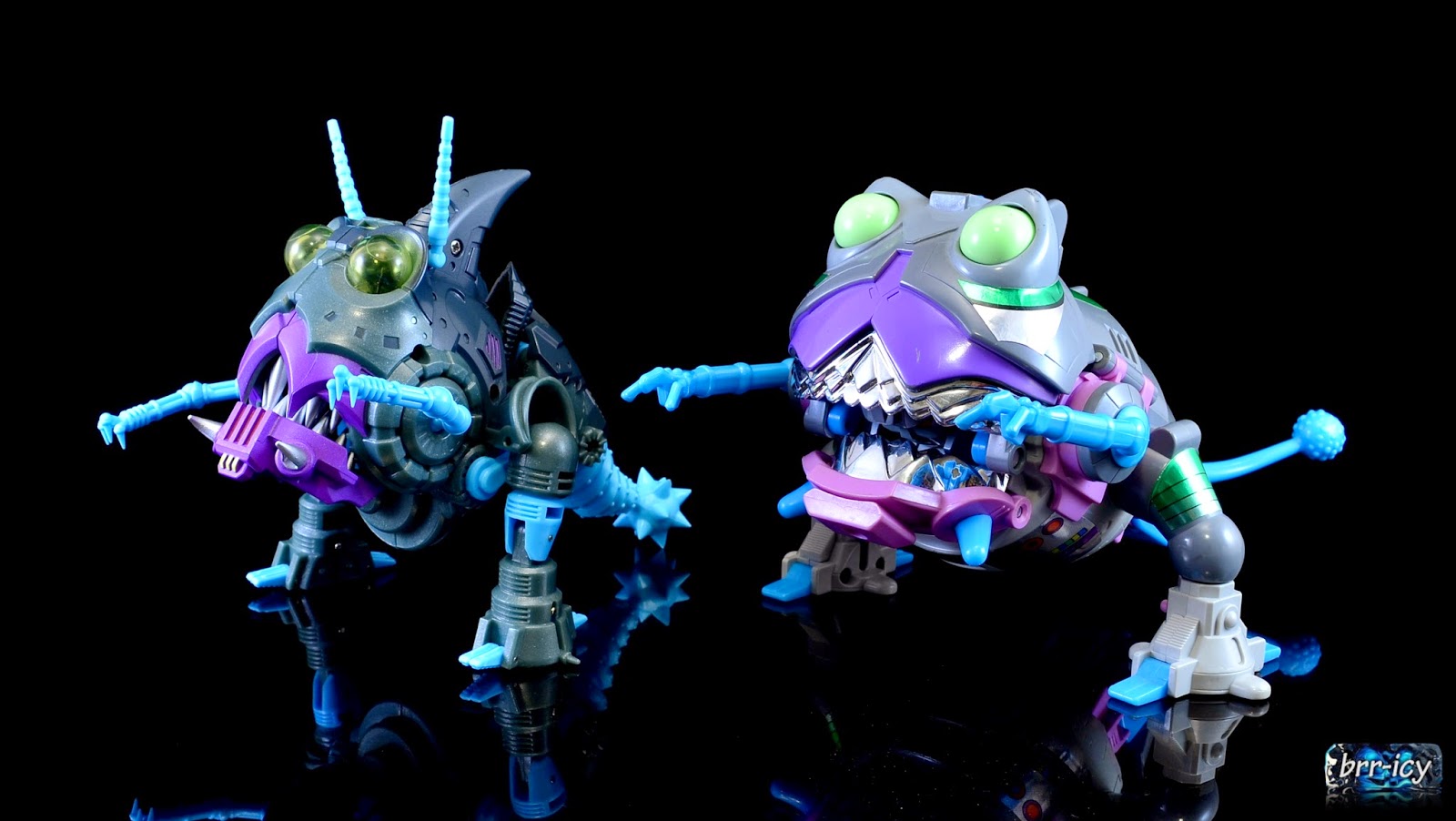 In bot mode, the squishy-ness continues with the face and body. He does look more dangerous with those pointy teeth though. The G1 figure's legs come from within the body while the iGear ones make up the back of the shark mode. This is one case where the G1 figure is by far the more accurate. But I needed a sharkticon for my classics collection, and since when are they accurate? 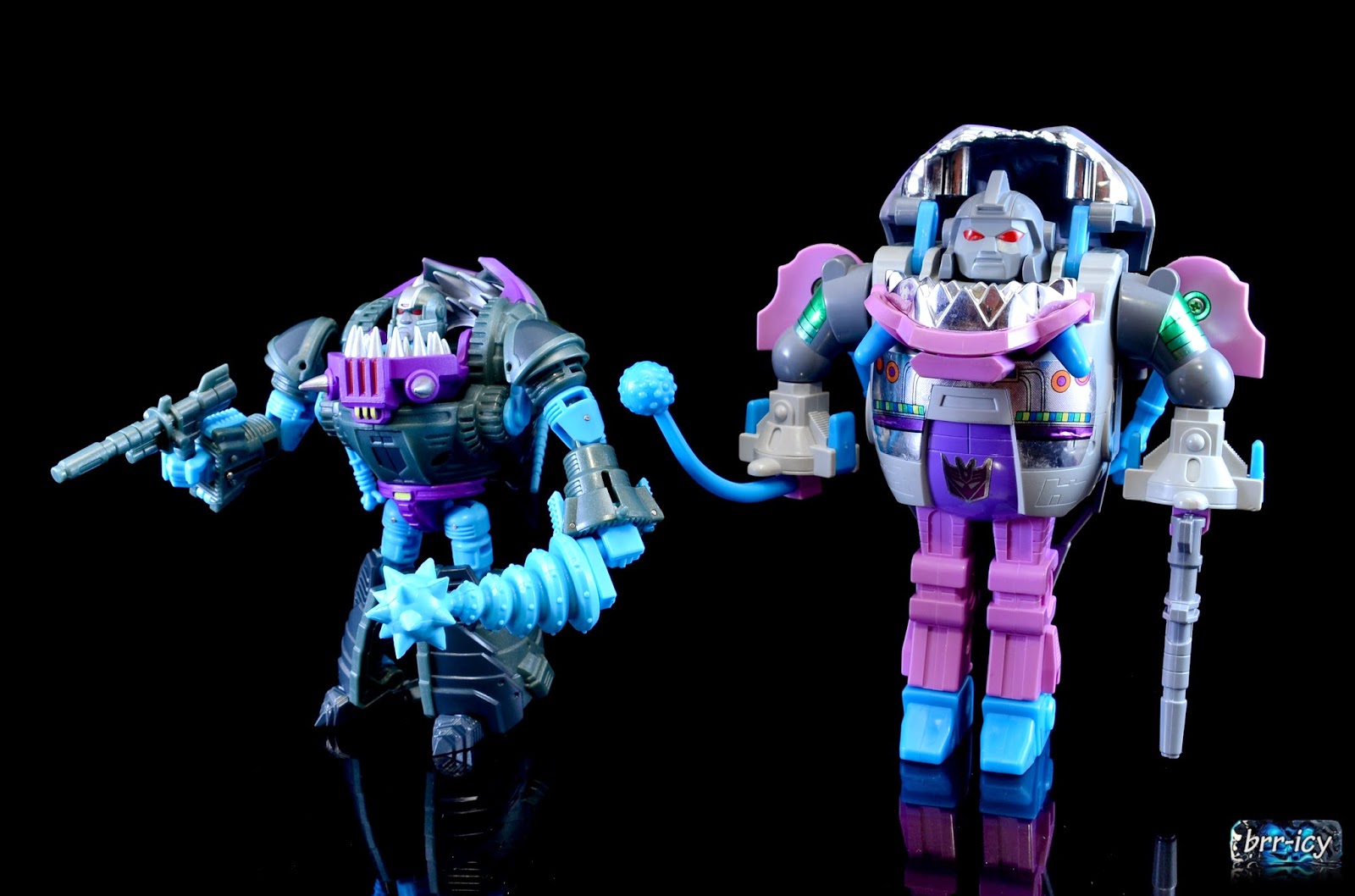