Got this guy and most of Roadblock in the mail today. Pretty neat, the GPS really cripples him though. 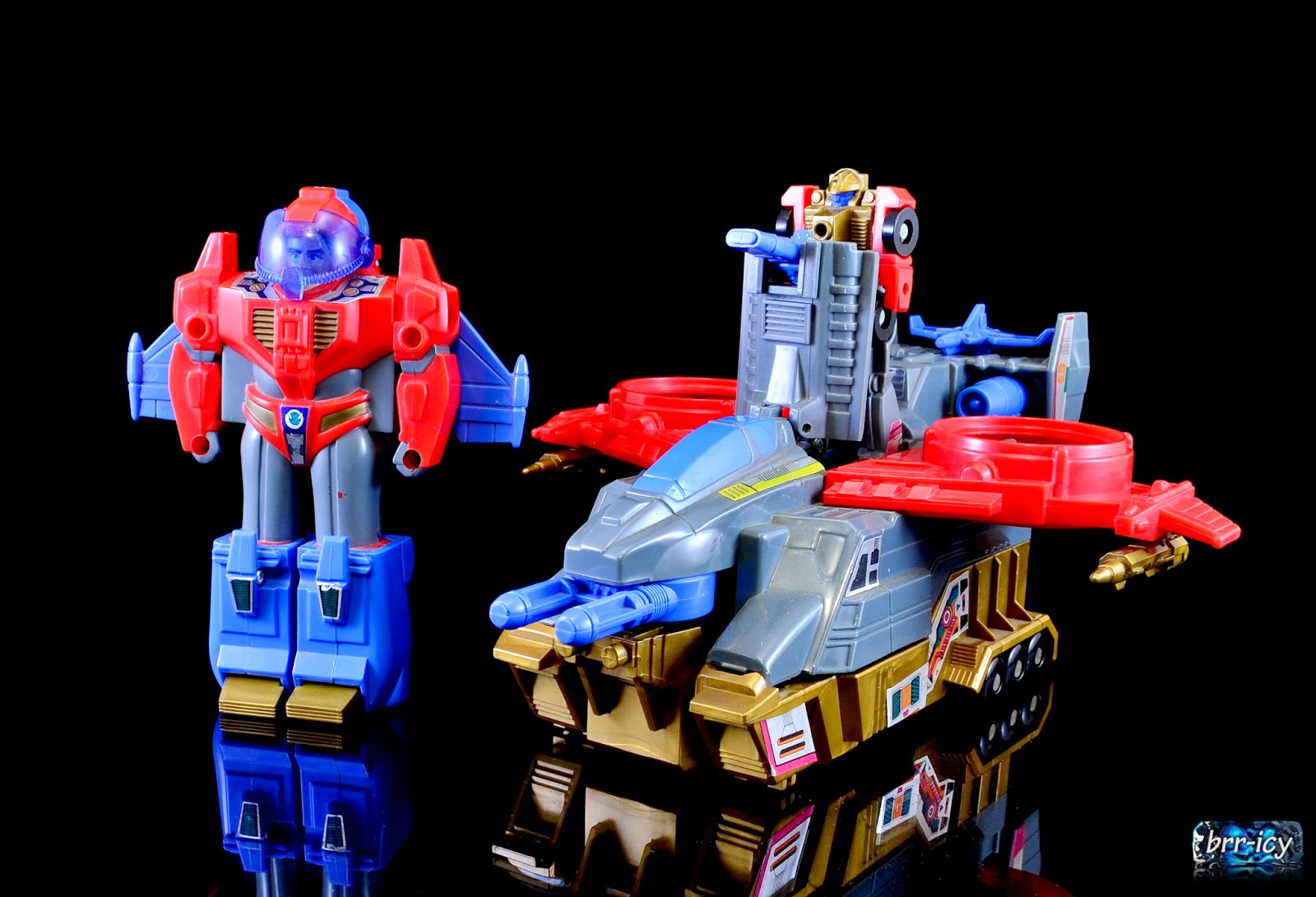 He's made up of three parts, the outer "plane" shell, the medium shell, and the inner bot. The outer shell is decent, but as a vehicle, it makes no sense. way too bulky. One of the guns was broken in the wing, I glued it and got the handle out. The guns on the front rotate side to side, and the top of the jet opens (seen above) for the inner bot to stand. 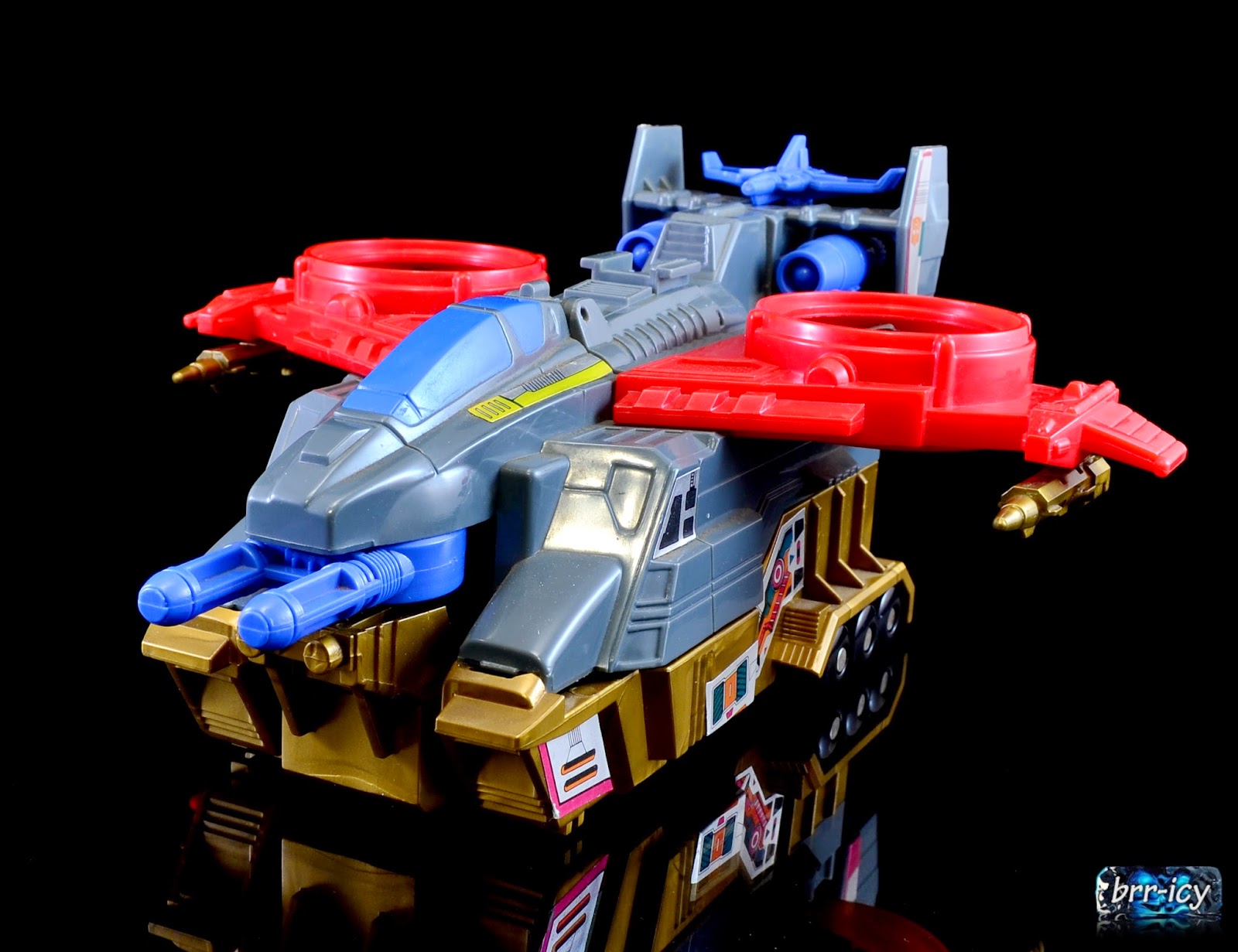 The mid shell is a humanoid bot, very reminiscent of the first wave of pretenders, the only difference is that he can transform. I got this figure pretty cheap because the feet were cracked and I picked up a spare. The arms move and the visor can be put up or down. 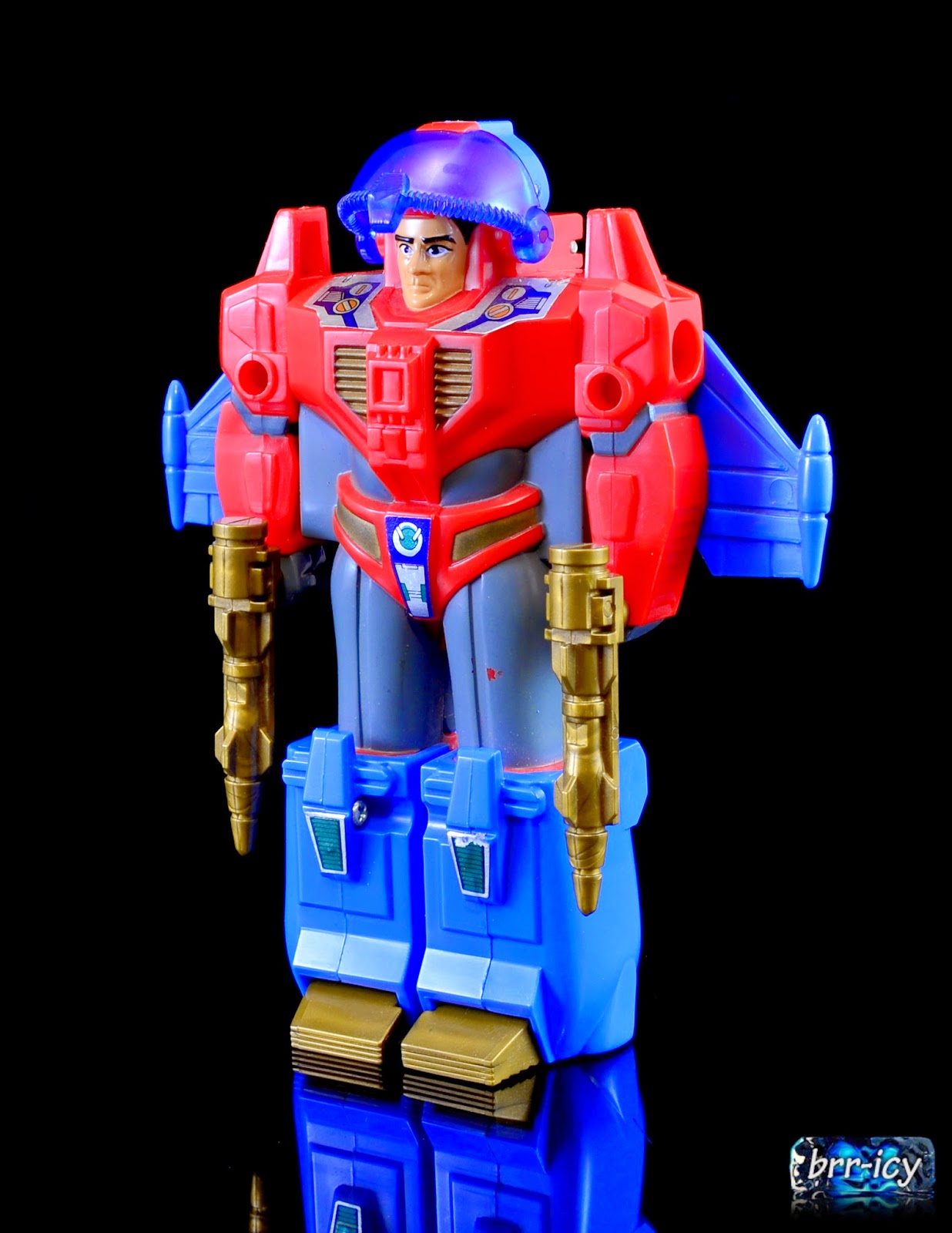 For a pretender shell, his jet mode is pretty good. The inner bot can ride inside of it. 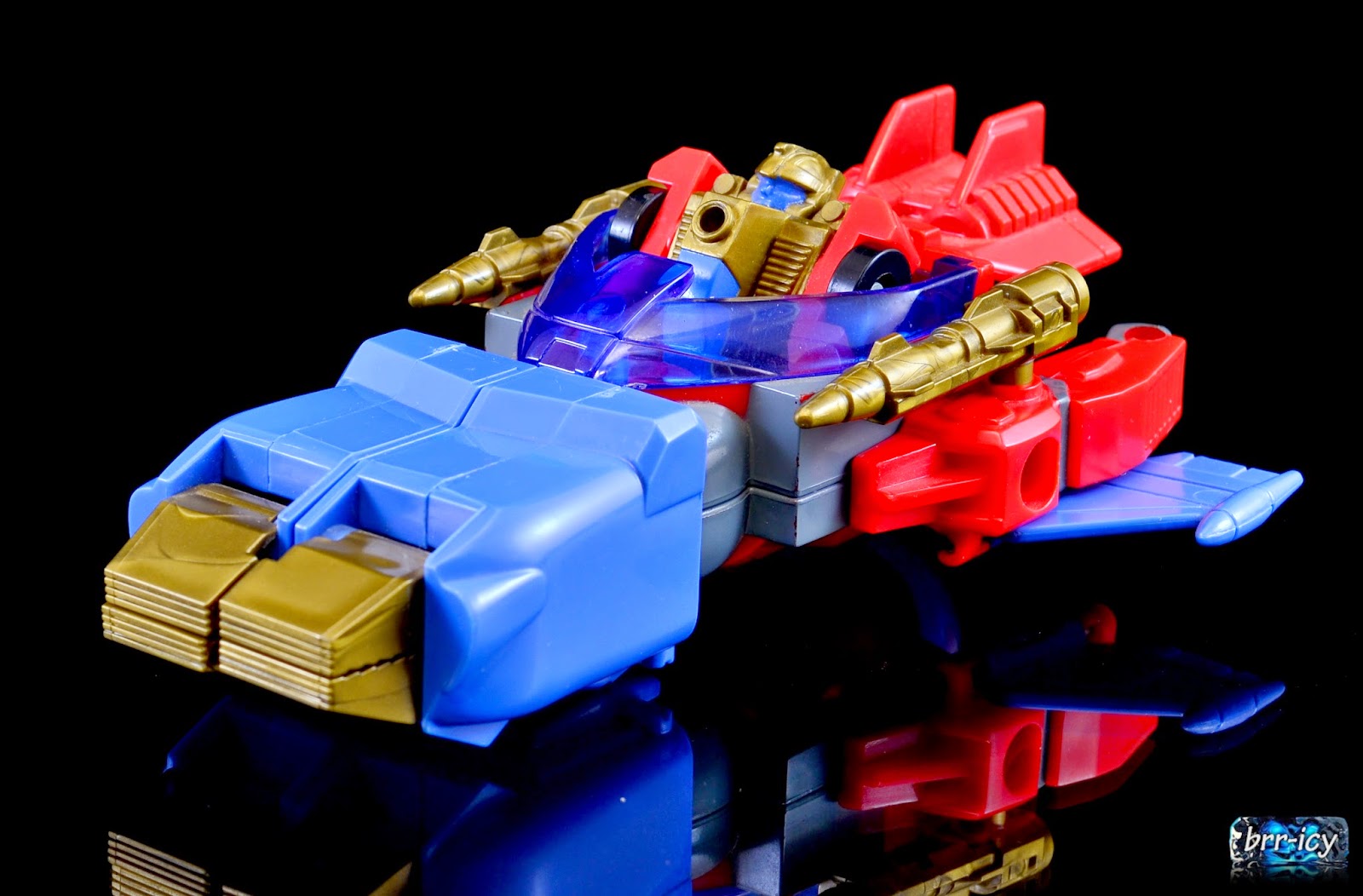 The inner bot is pretty tiny on this guy, with a lot of gold content. I'm glad his arms are red so that you can have him holding his gun unlike his opposite, Roadblock. 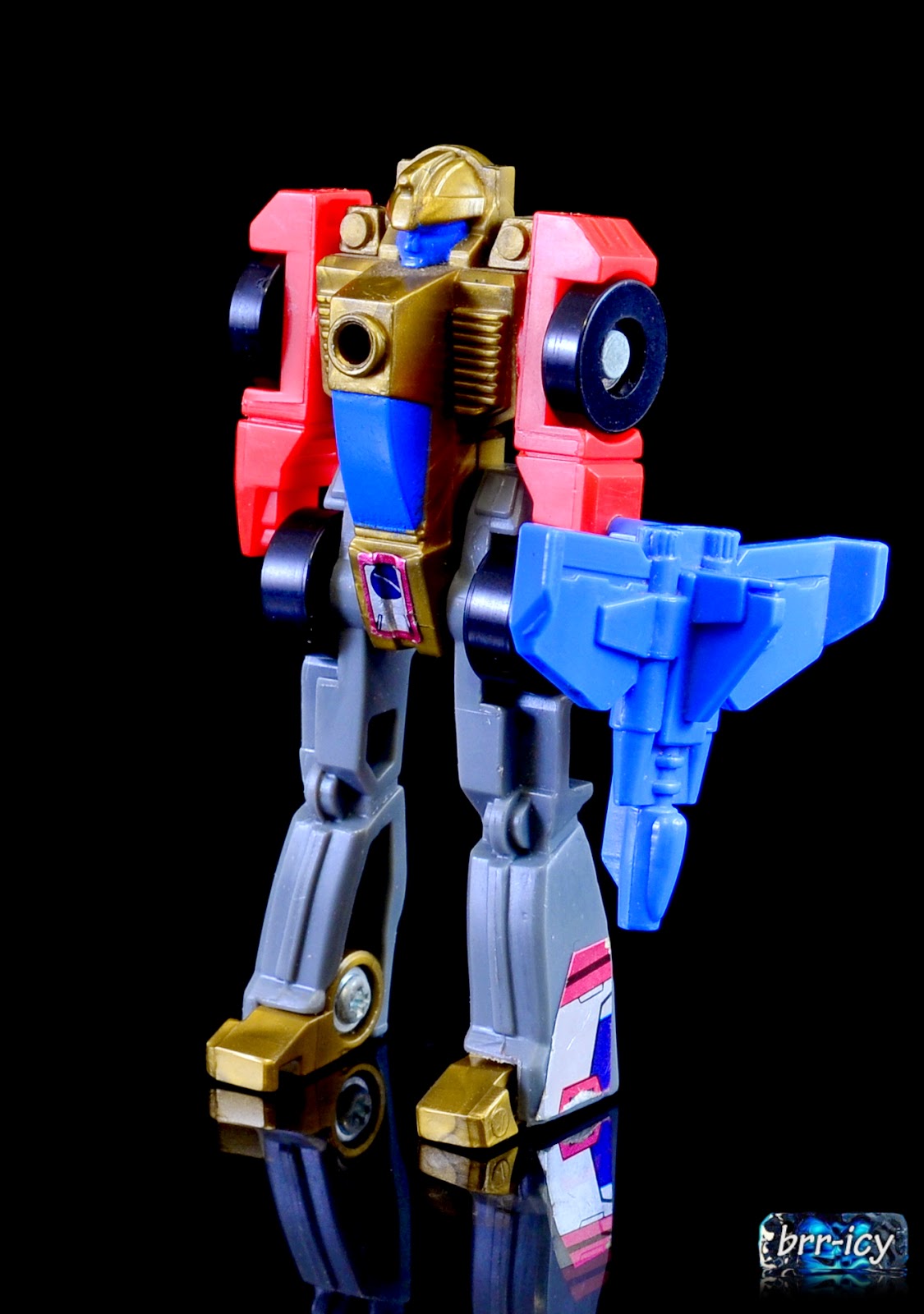 He turns into some sort of car like thing. With a wing on the top... 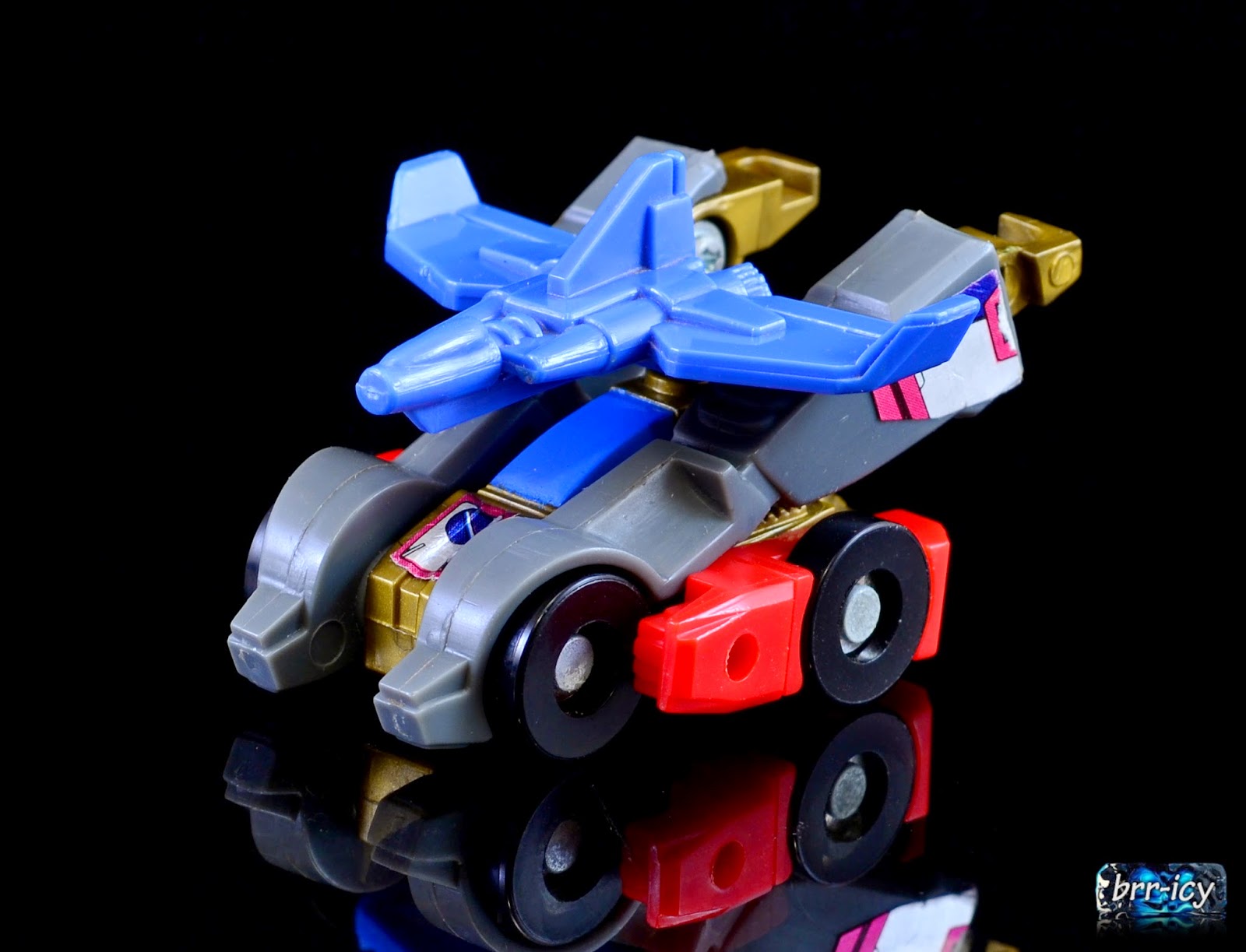 Once I complete Roadblock, I'll pop him up.
Posted by Brr-icy at 17:39