Within the toylines of Transformers, we normally get new figures of old characters, whether it be in their original bodies, or something way out there that makes little sense. In this series of posts that I'll randomly throw in from time to time, we'll check out a few of them. If a character is featured once, it doesn't mean they won't get another one later on with another line. 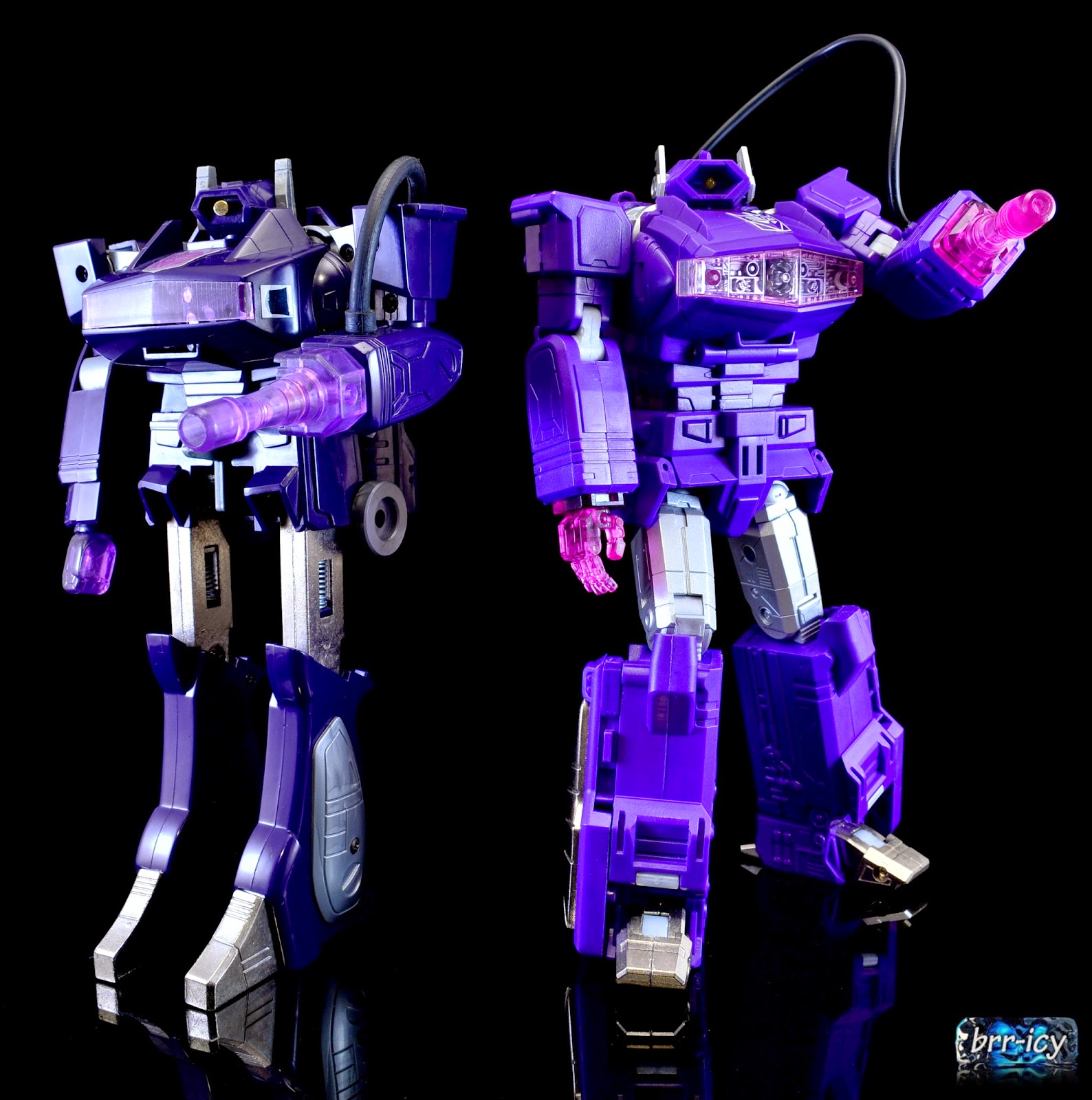 The first one we'll take a peek at is Shockwave. There have been a lot of new figures for him, but in this case, we'll just look at the 3rd party figure by Fanstoys, Quakewave. Even though he is unofficial, he is still probably the best upgrade the character has gotten to this point. The transformation remains close to the original, the biggest changes are: Instead of the head being on a spring, the chest opens and it flips in, and the legs are formed from the stock of the gun instead of just the handle, making them a lot thicker. The other major change is that the gun barrel flips inside out to become his backpack since the legs take the part that previously was. 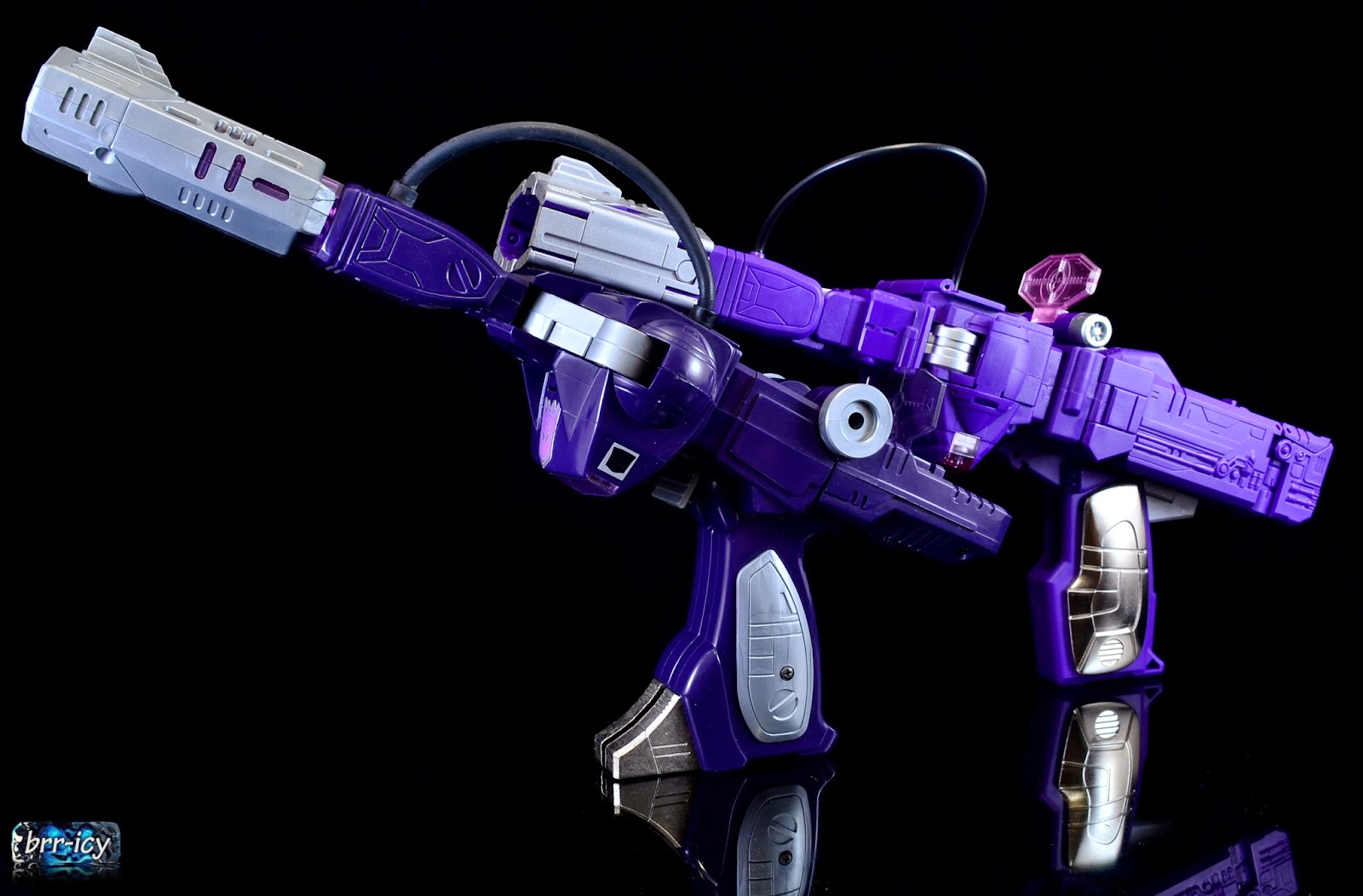 In gun mode, I still prefer the original, something about the barrel being in one piece and the shape of it put it ahead of Quakewave. Both are excellent toys though.

Next, Scoop with his Generations figure. His G1 self is rather blocky with a single piece for his shins, but other than that, he's pretty good. I'm not a huge stickler for articulation, so it's not a big deal to me how many yoga poses I can get them into. 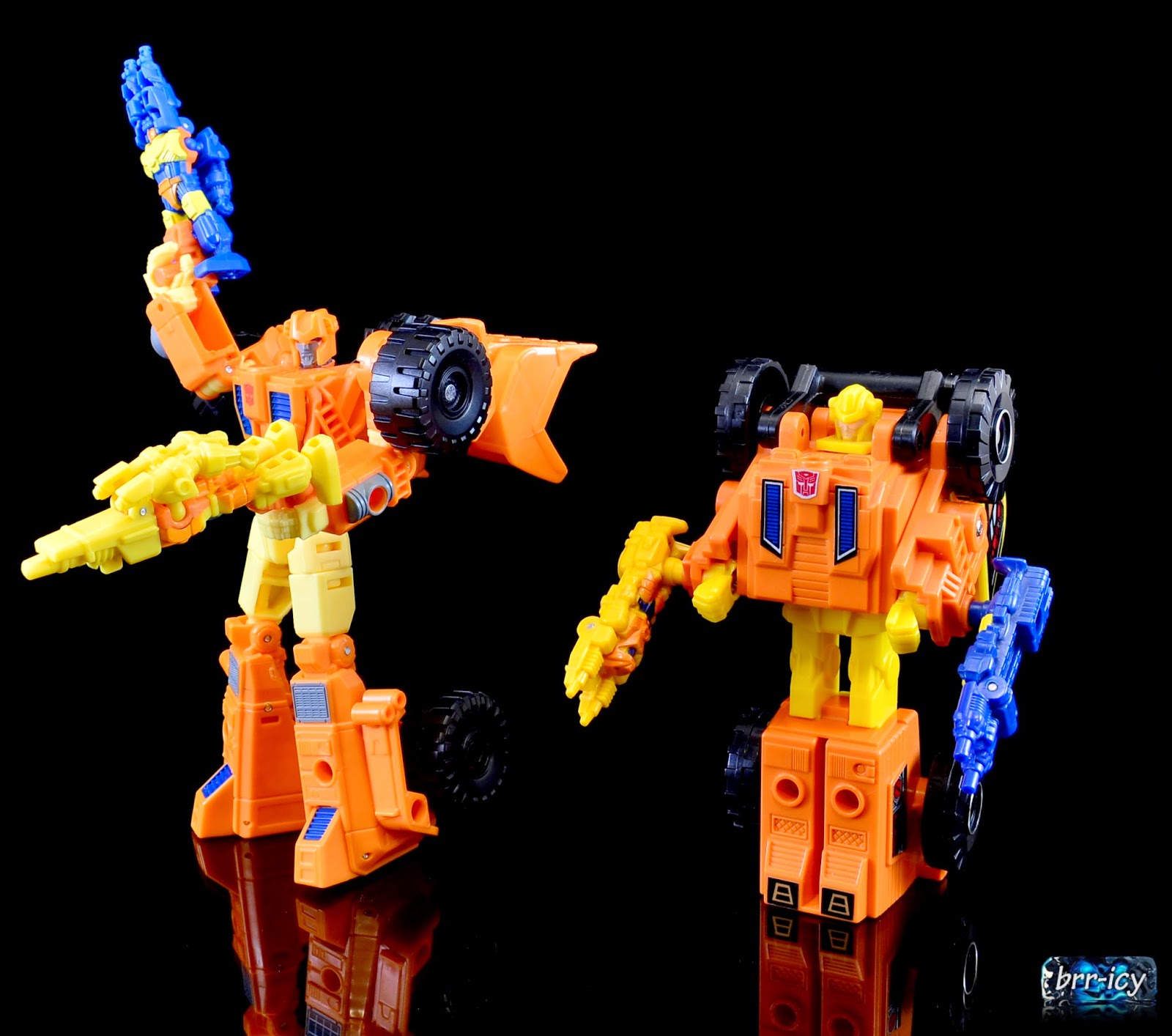 The guns have a tiny bit more involved transformation than the originals with their arms folding behind their back and the handle rotating, but I didn't take a pic of them. Their transformations are almost identical, a couple steps were added for aesthetic reasons like the feet popping out, but other than that, the same. 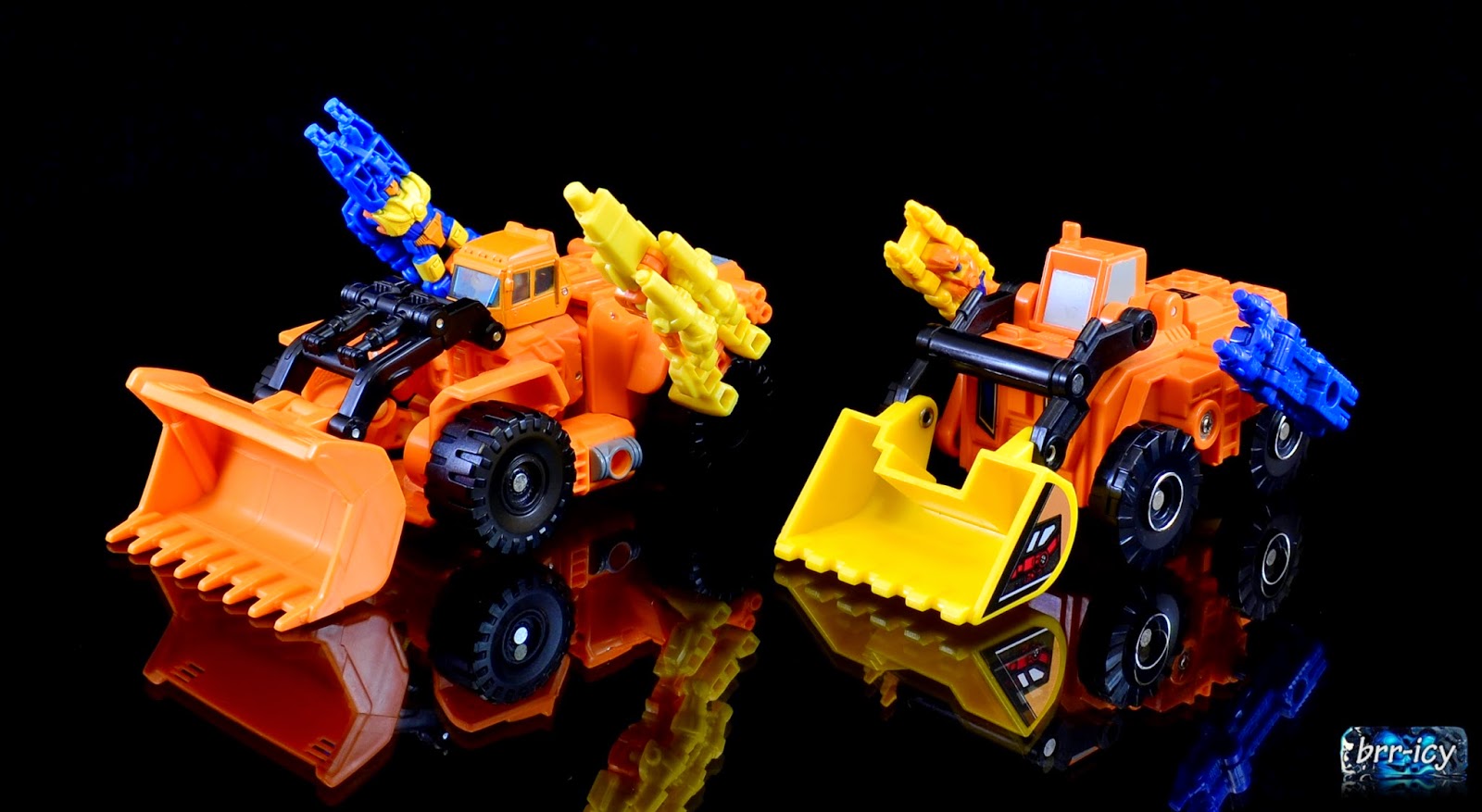 The vehicle mode on the generations figure has a decent gap under the scoop, whereas the original is pretty solid there, both have a nice alt mode though.

Blurr, with his Animated counterpart. I have to say, the animated one is an amazing figure, mass shifting at it's finest. Granted the original was from the 86 Movie figures. 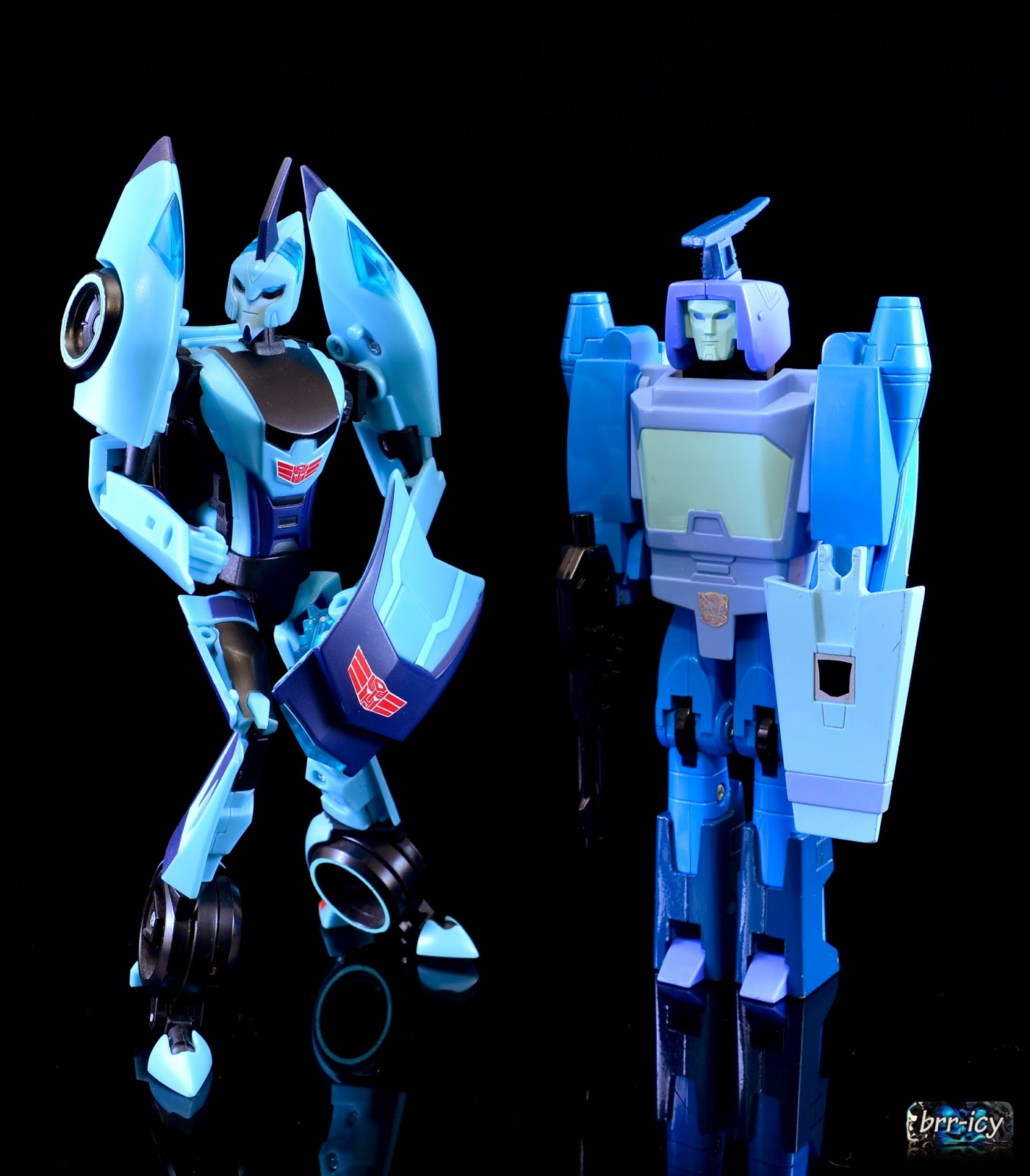 I really liked the throwback with the shield on the Animated one, yeah it has some pop out nonsense, but that's not for me lol. The futuristic "flying car" of the original is kind of neat too, so I think in vehicle mode for me, they're a toss up.

Slag recently got an update from Fanstoys as well as Scoria. Here he is with the Canadian Slag. Other than poseability, Scoria has a couple steps added to his transformation, including having the entire back dino leg collapse into his bot mode leg. There are a few details missing from the stickers, and if you are so inclined, Reprolabels just made a pretty sweet toy accurate set for him, personally, I only needed a couple Autobot logos for him. 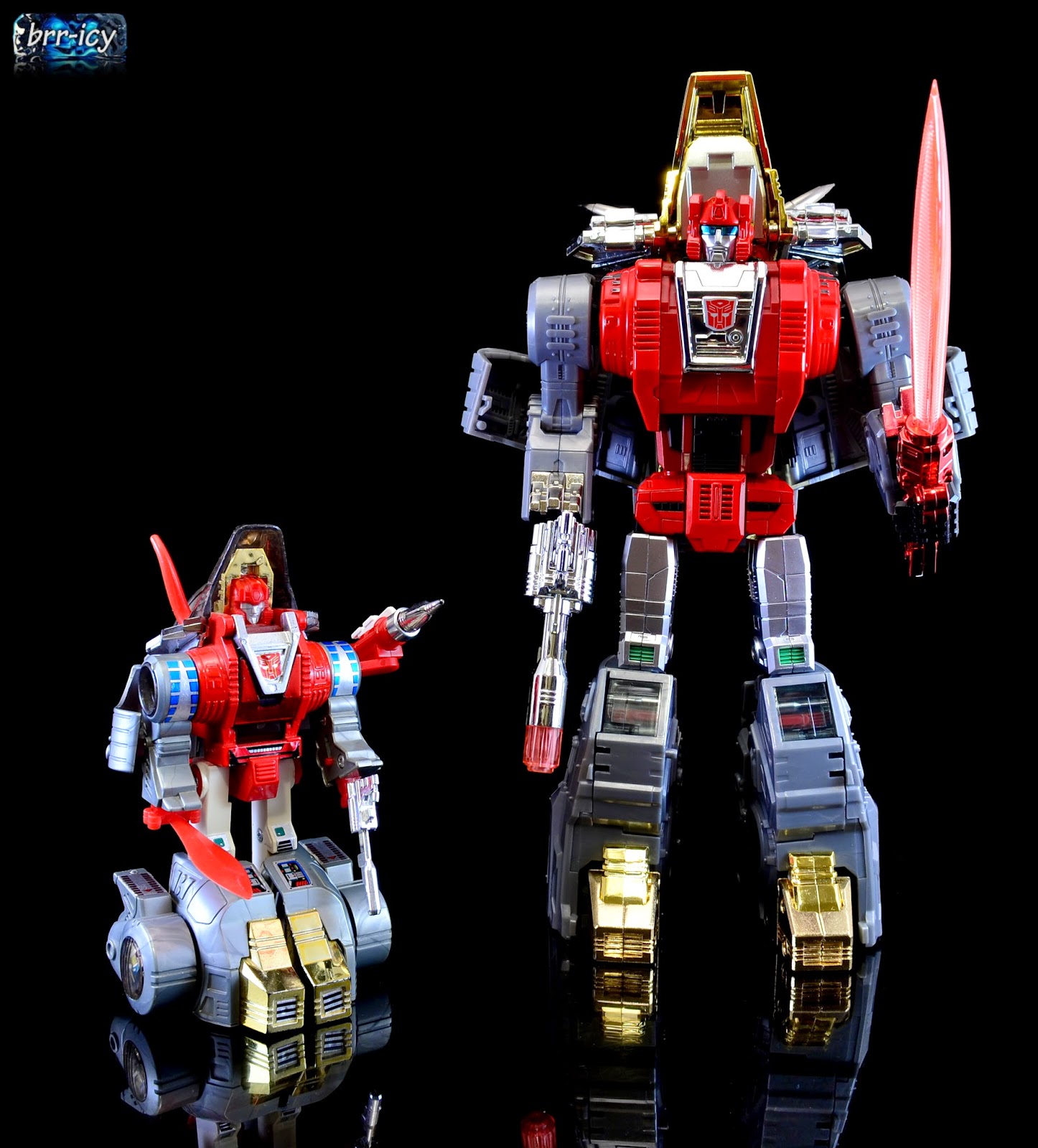 In dino mode, I am pretty partial to the G1 figure, the clear head, red horns, and more stout body contribute to that, but Scoria is also very nice, albeit potato shaped, which I obviously downplayed with the picture. I got lucky on the QC of my Scoria, as people were complaining pretty heavily about how loose their arms and legs were, mine is fine in those regards. 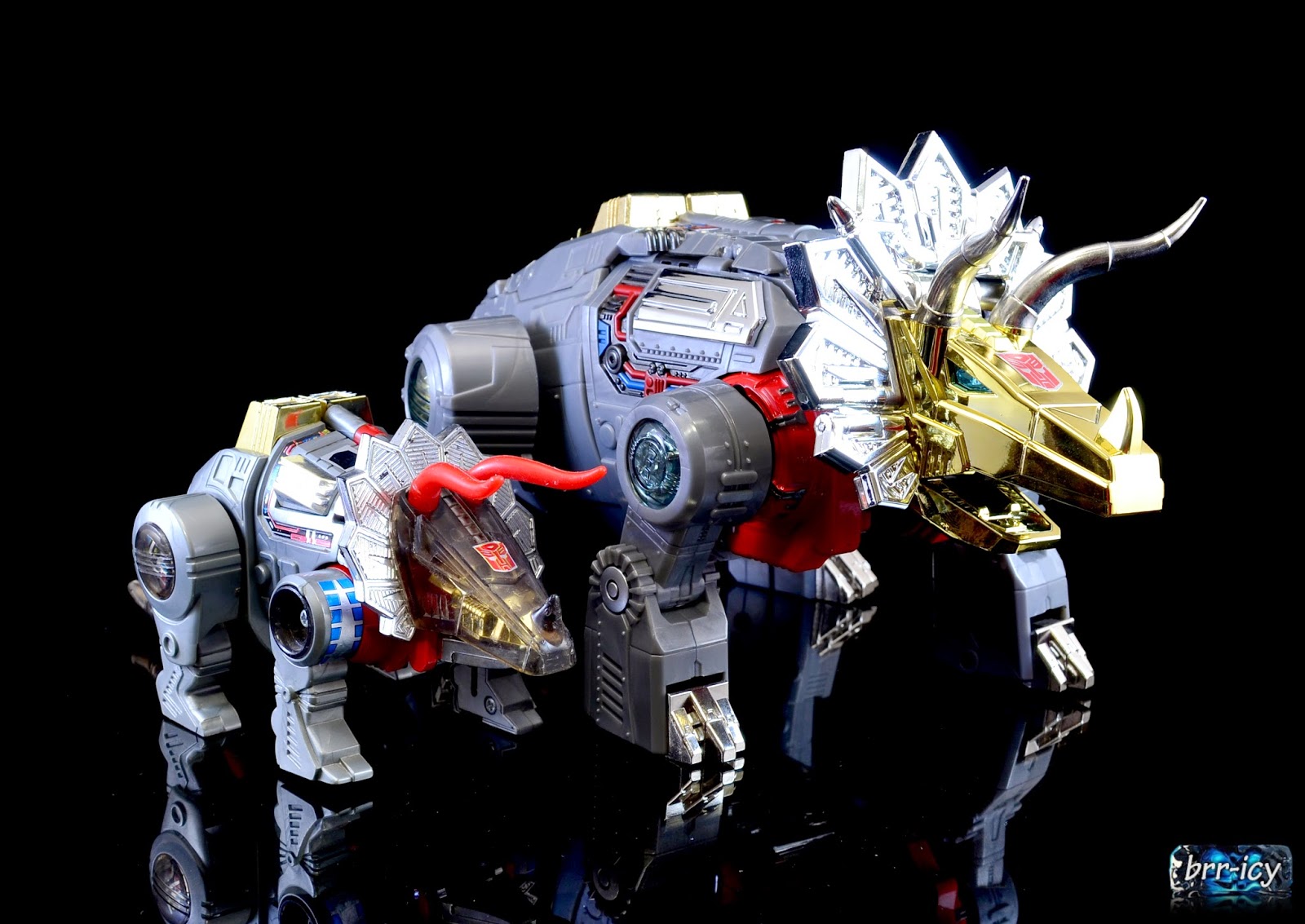 Lastly, ROTF Bludgeon with the Headrobots kit vs his original figure. The ROTF figure totally does away with the whole inner robot and shell idea, and makes the tank mode turn directly into his shell. The original swords and head really bugged me on him, so when the HR kit came out, I had to get it, even if it took me a while. I really liked the inner bot on him, kind of sad it's not there anymore, but that's what the original is for right?

In tank mode, they are totally different style tanks, but it each one works for them.

Had to try something different this time, let me know what you think, and if you have any requests for a future post, don't hesitate to ask.
Posted by Brr-icy at 12:07