Finally got the final one to complete the trio. The Masterforce Destron Pretenders, or the first wave of regular Decepticon Pretenders in the US. 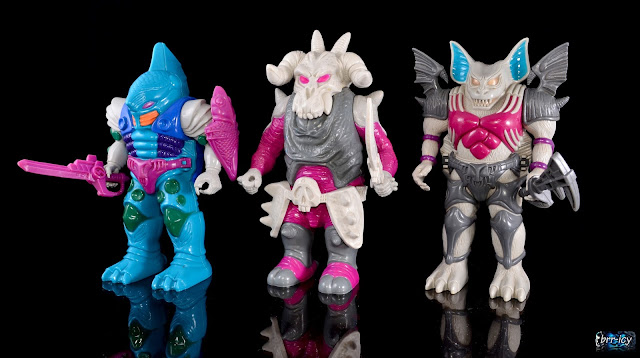 Submarauder (Gilmer) is the first of the trio. His shell is some sort of bipedal shark monster. His inner robot is very pink, If you watch carefully the shell for him appears in Animated as Meltdown's pet. 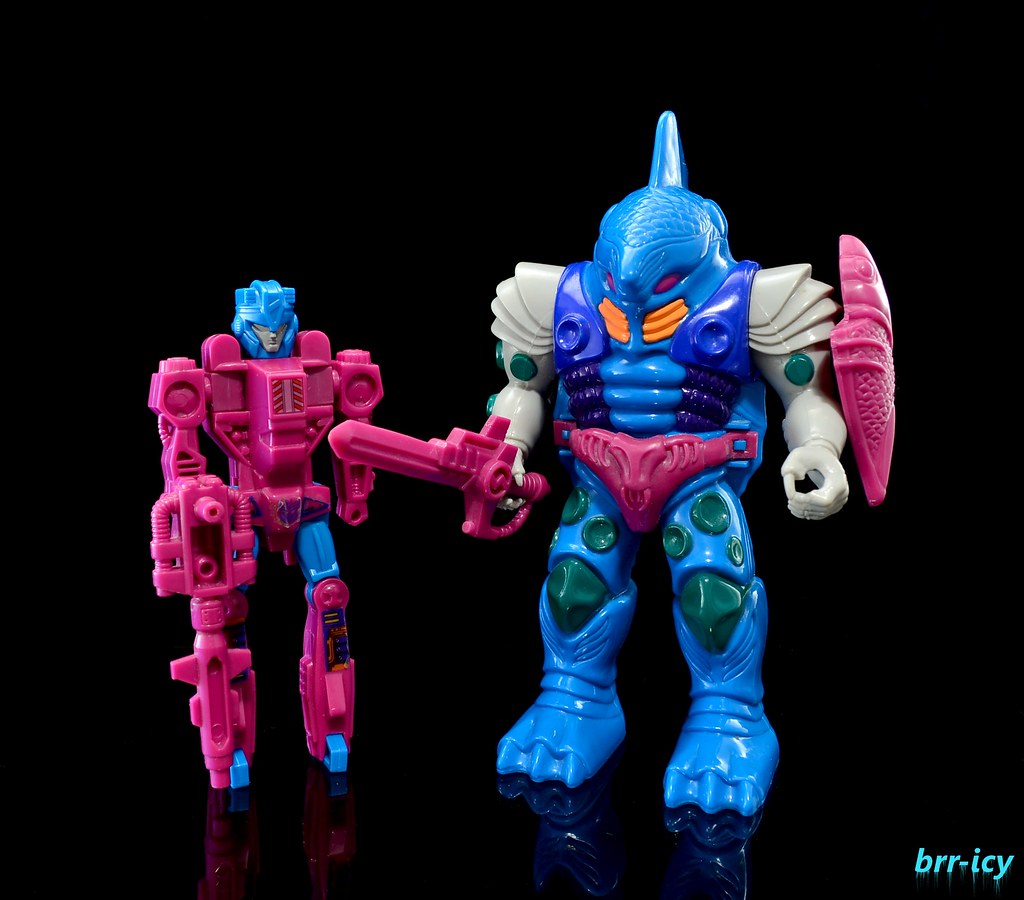 he turns into a submarine type thing, like most of the first wave pretenders, it's just a robot in a yoga pose with a gun stuck to it. Third party collectors will be happy to know that his transformation is pretty much directly copied by Steelcore. arms over face, legs wrapped around ears. 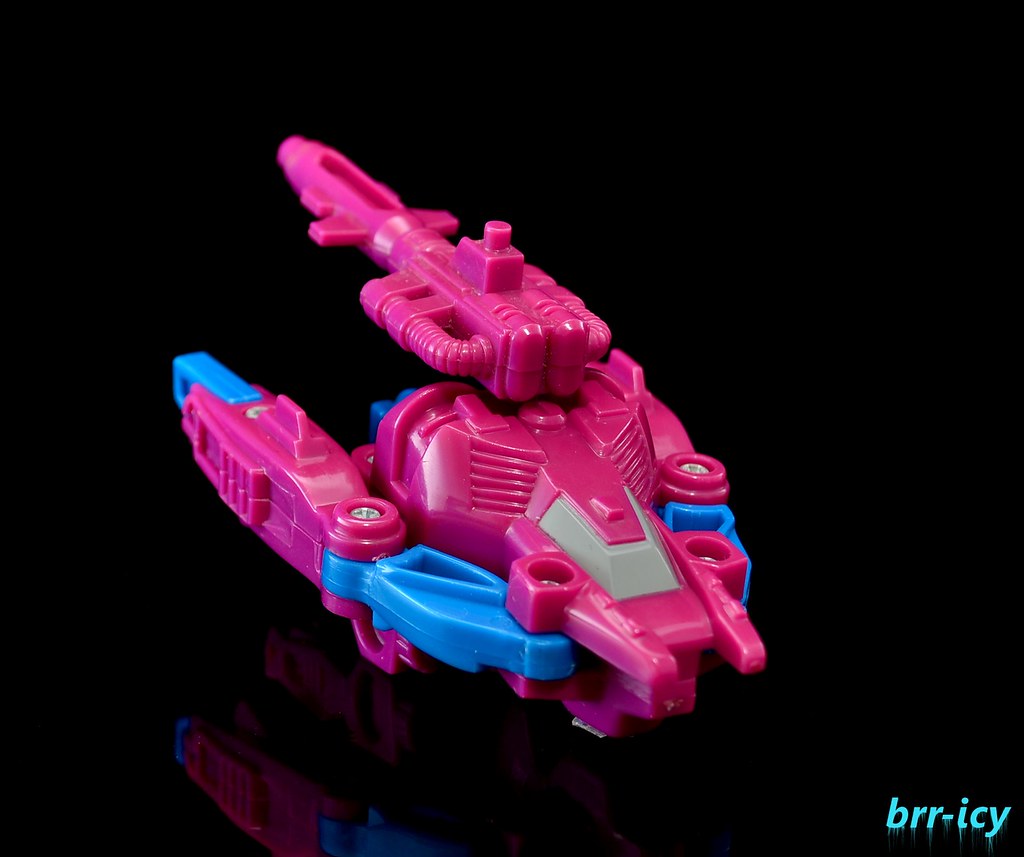 Skullgrin (Dauros) is a skeleton monster thing. The bot mode is much less pink than Submarauder. 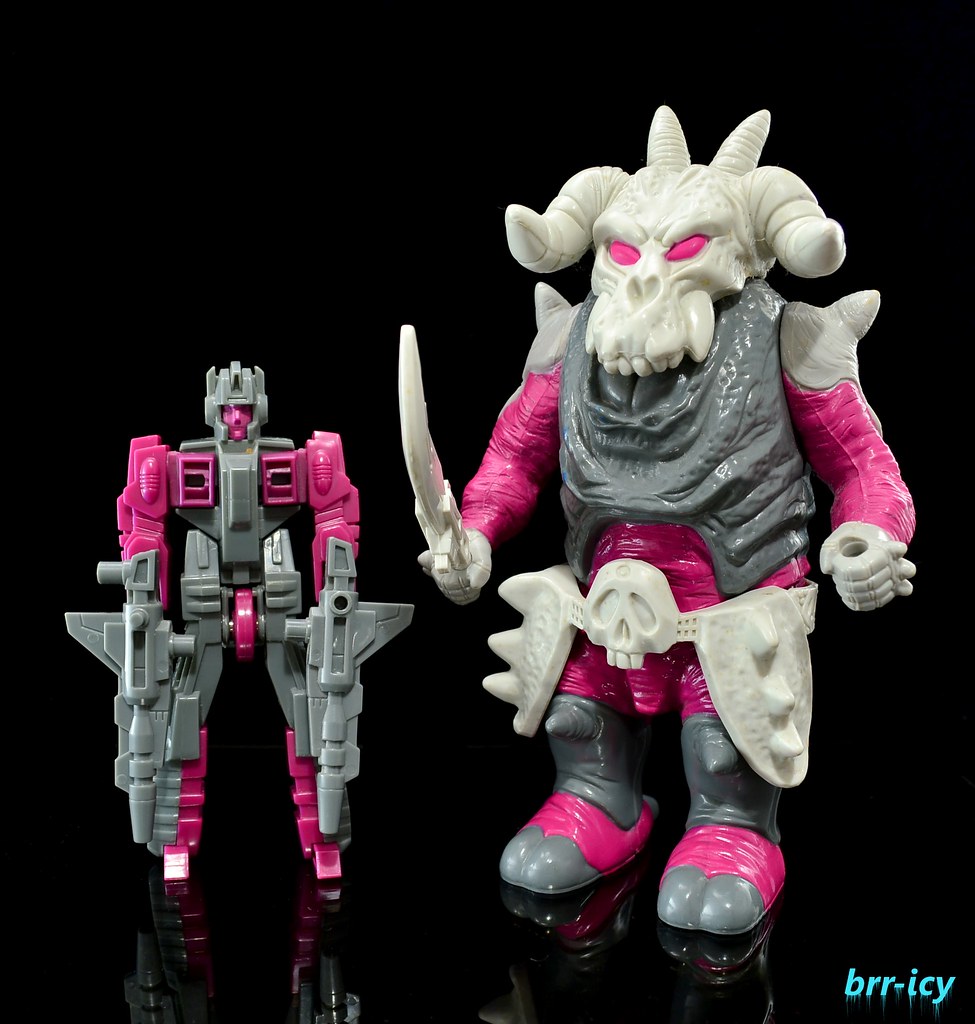 He turns into a tank. Actually has a decent Cybertronian tank mode. 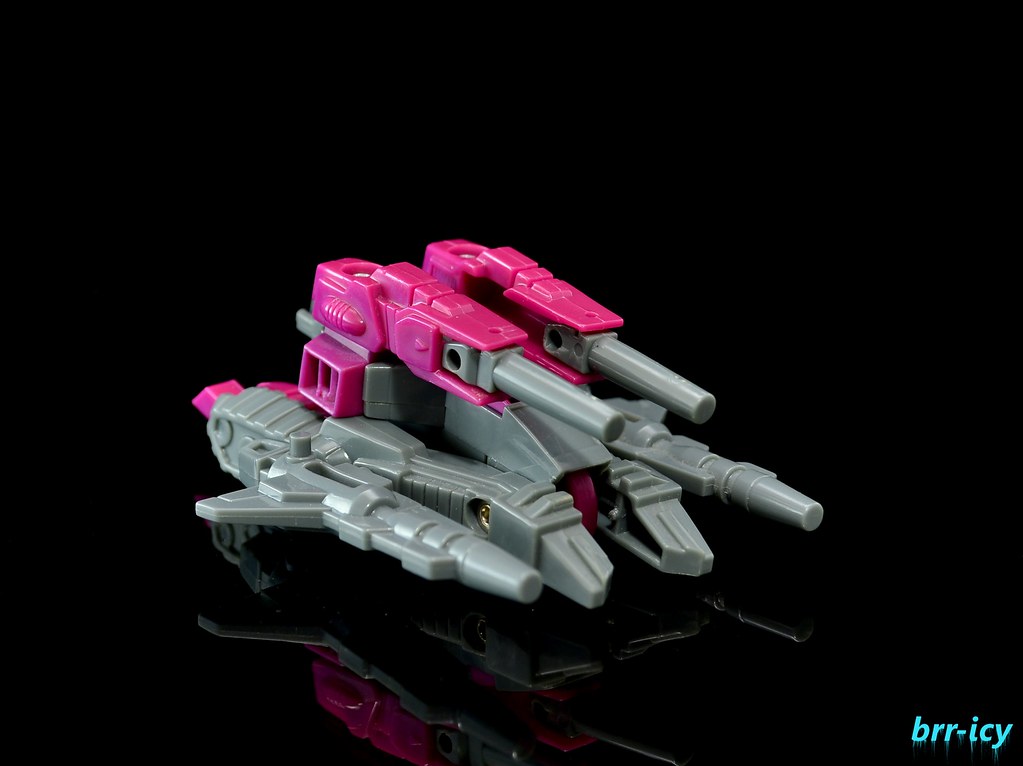 Lastly, Bomb Burst (Blood) His shell is a bat monster thing. Which also appears in Animated. His bot mode is pretty decent looking I think. The guns aren't hand held on him, unlike the others. 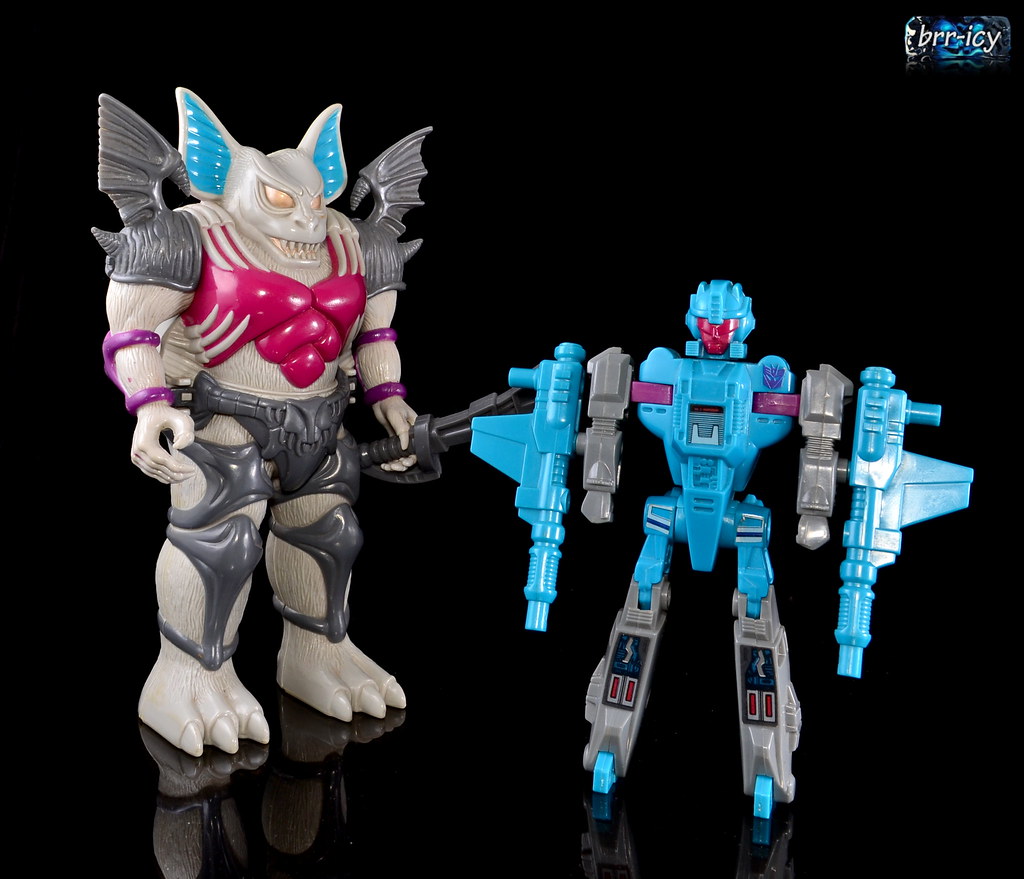 He turns into a "jet." The transformation is terrible, flip the legs, and pull out the fin, that's about it.

I think they were gang molded, since all three carry the same pink, blue, and gray colours.

There's not much to be said about them, if you want the characters from Masterforce, or you're a completionest, then go for it. They are cooler than the Autobot versions, I will give them that. 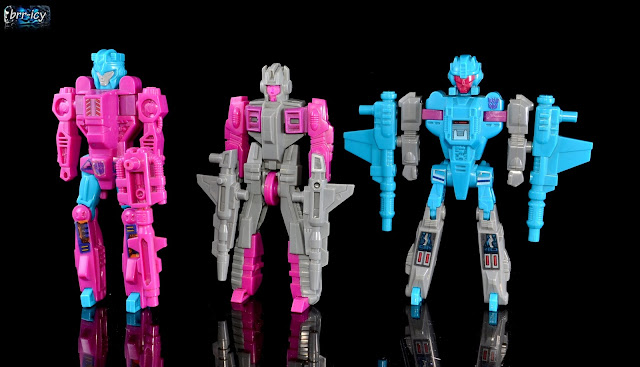 And on a final note, Blood was the last piece to arrive to be able to take this pic. 100% done with Masterforce. Just one away from having what I want from Victory. 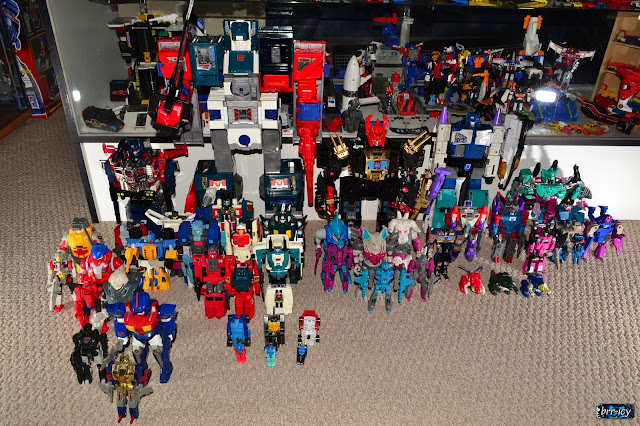