I'm not exactly sure how I missed these two, but I'll try to outline all their little details. 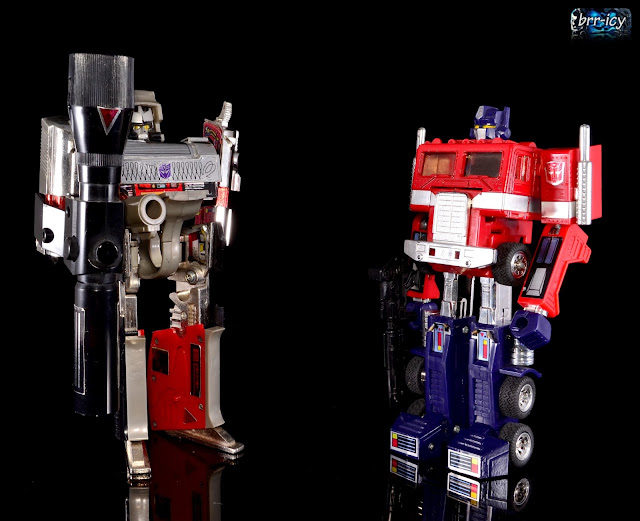 We'll start with Optimus Prime. He's a cab-over semi. Mine is the metal plate bloated version, the one that uses the Diaclone mold. You can tell the difference in truck mode on the side of the trailer, there are small holes for the tabs that hold the plates in place. The cab has square connectors on the smokestacks instead of being smooth  on the sides all the way down. They're pretty easy to see in the above picture. 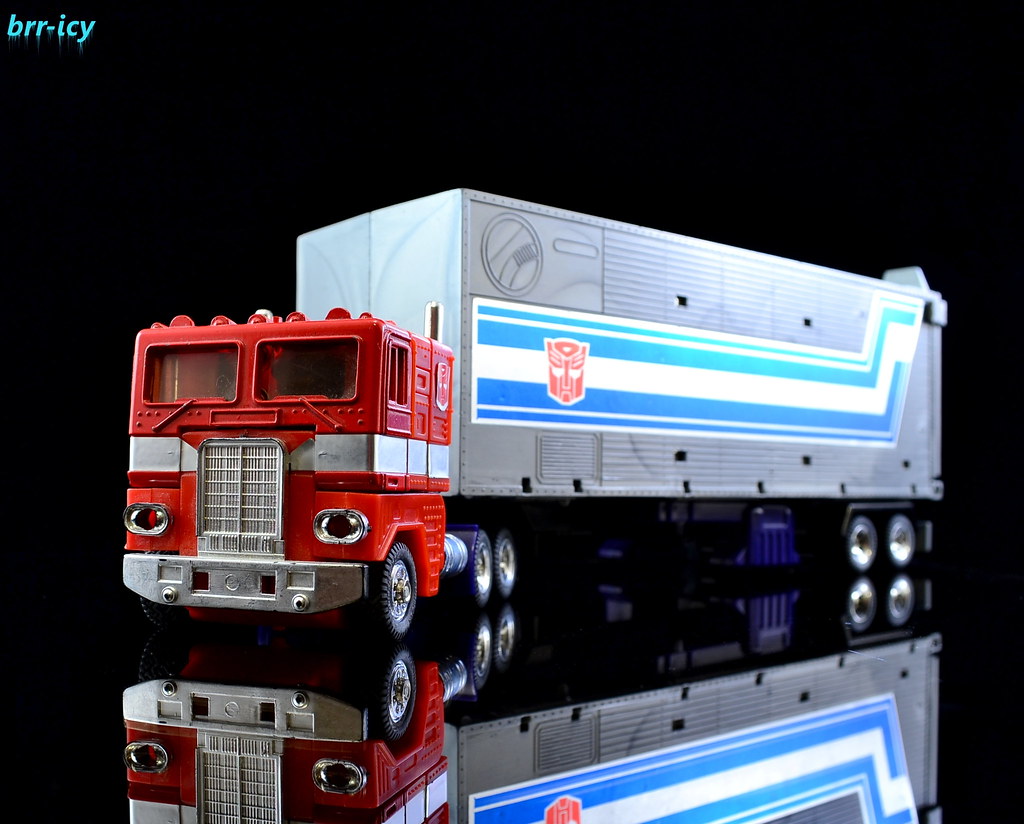 His transformation is straightforward, flip down legs, flip out arms and head. The accessories for this version are "bloated" where they are all thicker than normal. 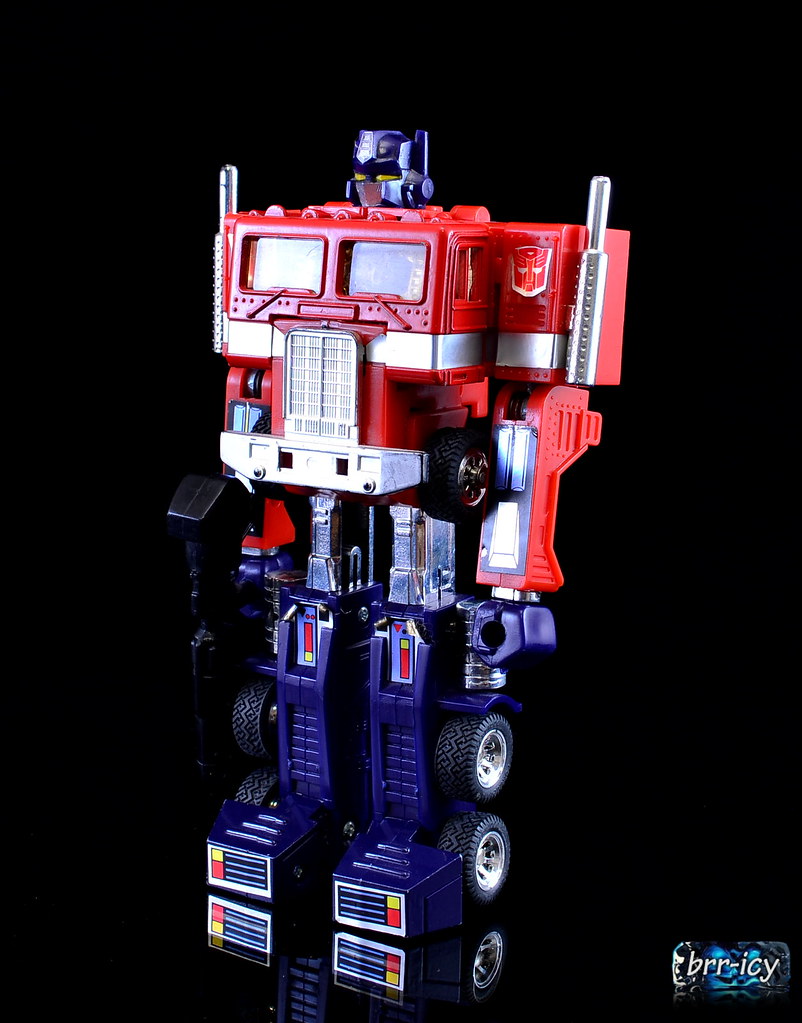 The trailer splits open to reveal a base, There's a repair drone in it that can also be put up or forward through the square holes in the trailer. He also has a small six wheeled drone called Roller. The nice part about the bloated version is that Roller is in the cartoon accurate silver. The plates on the trailer were originally for the magnetic feet of the Inchmen to stick to. They could also ride in roller, the repair drone, or sit in the little ships. Roller can be fired with a small tab on the front of the trailer and the missiles can be fired from the drone, 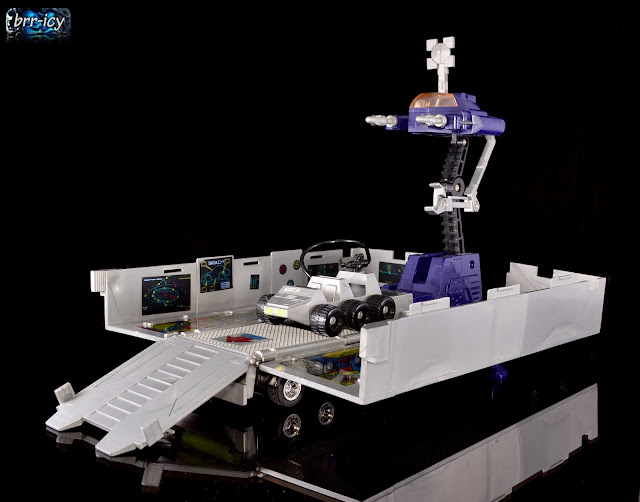 The trailer can also be stood on end to make a repair bay. They making the drone able to work on Prime. I picked this figure up in a lot between the times I collected G1, and kept it, found the last couple parts to complete it later 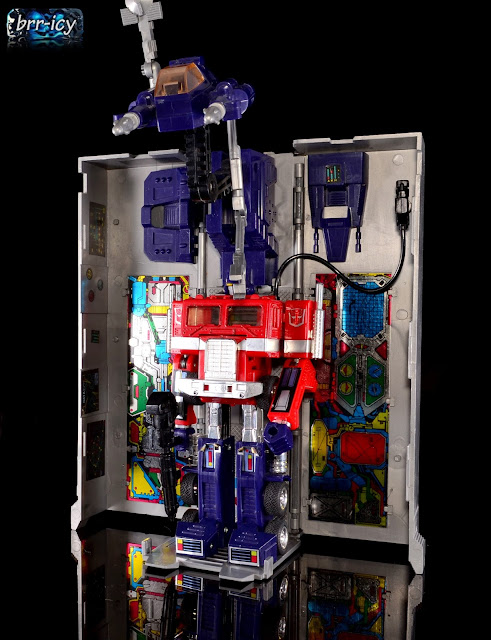 Megatron was a Walther P38 pistol with attachments to make him look like the gun in The Man From U.N.C.L.E. an old show from the 60s. There is a hole in the top of the gun that was rendered useless in the non Japanese releases of the figure.

He has a pretty complex Transformation for a G1 figure. ending up with this bot. The kid that had this one had an infatuation with cartoon accuracy, It took a couple hours to get it back to this, still a bit more work to get it perfect, but I'm pleased for now. 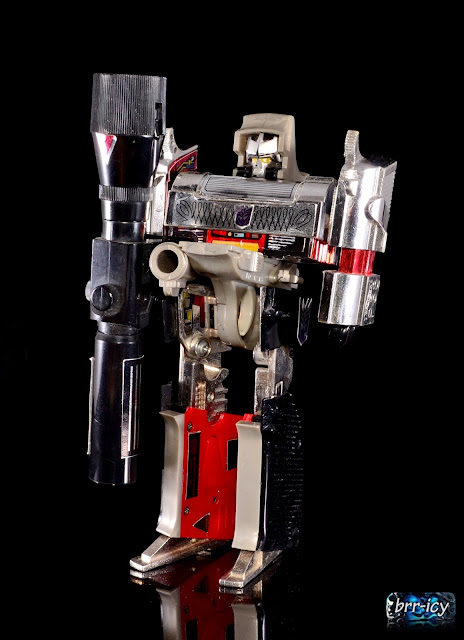 In Japan, the part of the stock shown here used to fire bullets, which would fire out of the barrel of the gun when configured like this. 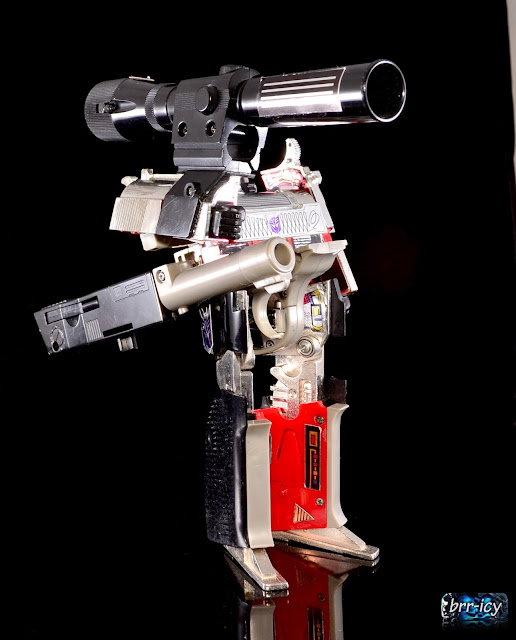 the bits could also be arranged in a giant shoulder cannon like this, You don't see it used in any fiction though. 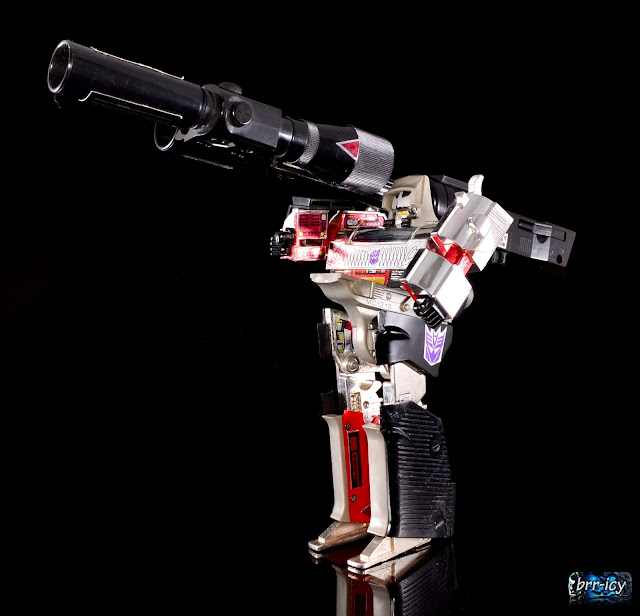 There is one final configuration of the kibble to make it into a manned turret. The middle of the support can be removed and make a back of the turret into a seat for a Microman figure. 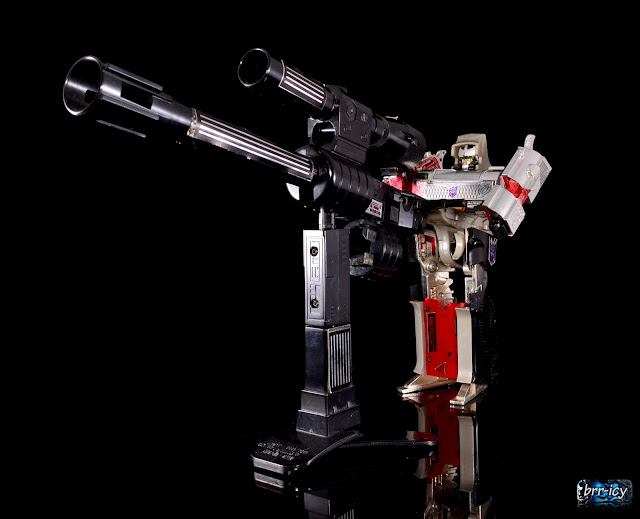 The box for the figure displays really nice. I am really glad to have one MIB, next I'll have to get the box for Prime. I got him from a friend on Facebook, 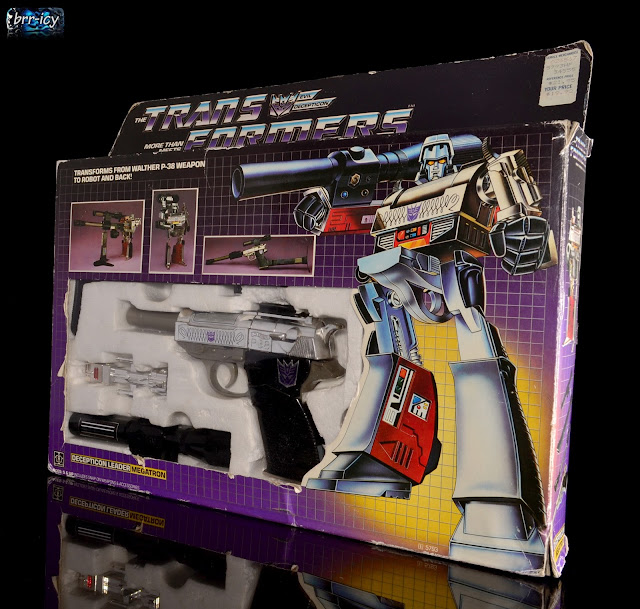