Finally secured the final one of the four. These were released single packed in Europe and Canada and packed with a Predator in Operation Combination Road Corps vs Jet Corps

From left to right:  Boss, Scorch, Hurricane, and Flash. We'll go in that order.

Boss is a blue car, pretty reminiscent of the 1989 Batmobile with the big intake in the center of the hood. There 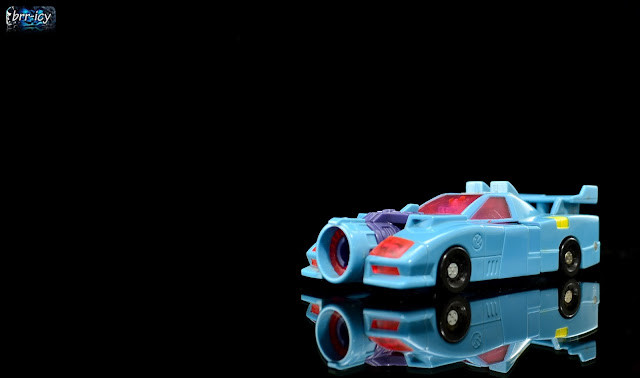 He had a pretty unique transformation, up until Drift stole it. He's probably my favorite of the smaller Turbomasters. 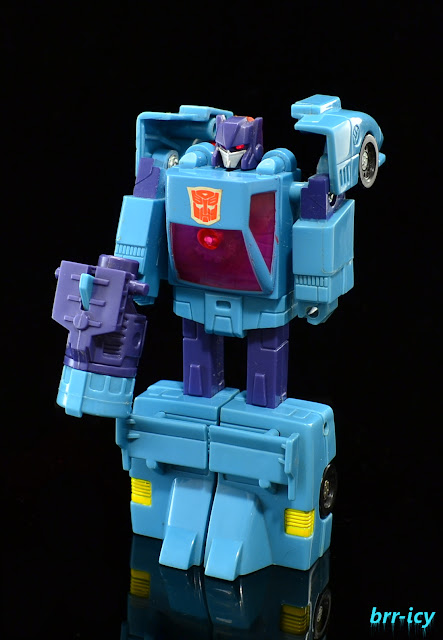 Scorch is a yellow truck with a flame job, Botcon actually addressed that he existed a few years back with the repaint of Universe Hound. 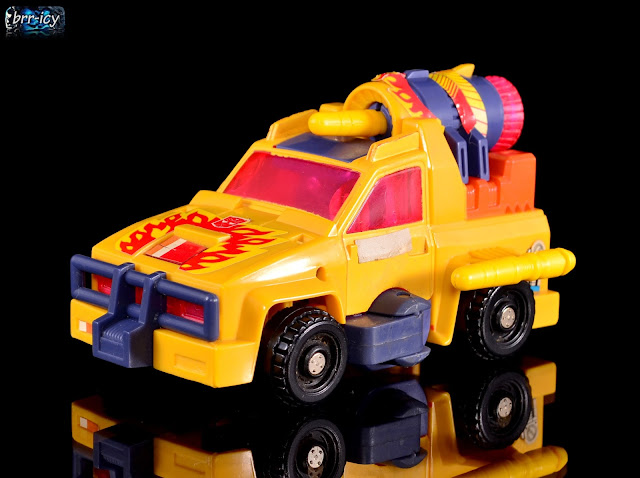 Again with the pink windows, nice and unified. His transformation is very Trailbreaker-esque, with a strange headsculpt. 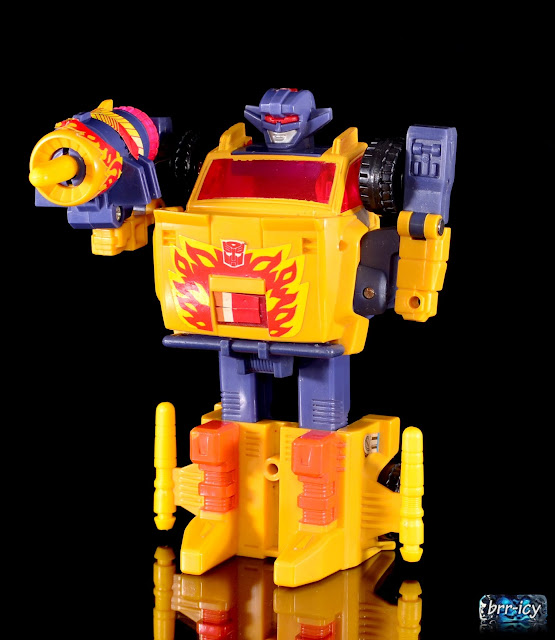 Hurricane is a pretty neat looking car, kind of like those "futuristic" cars from the 90s. 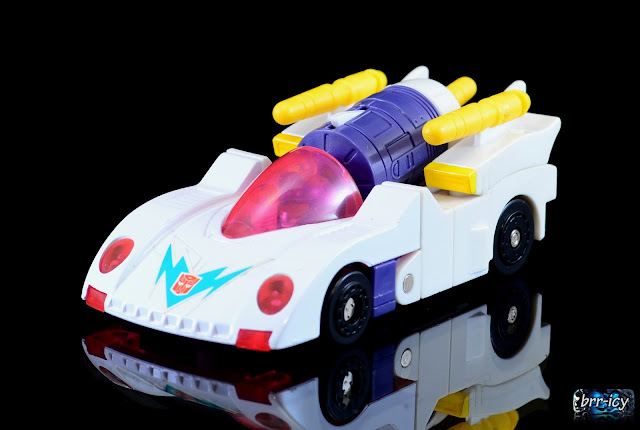 The bot mode ends up nicely proportioned with a nice headsculpt, the pink really works to offset the white I think. 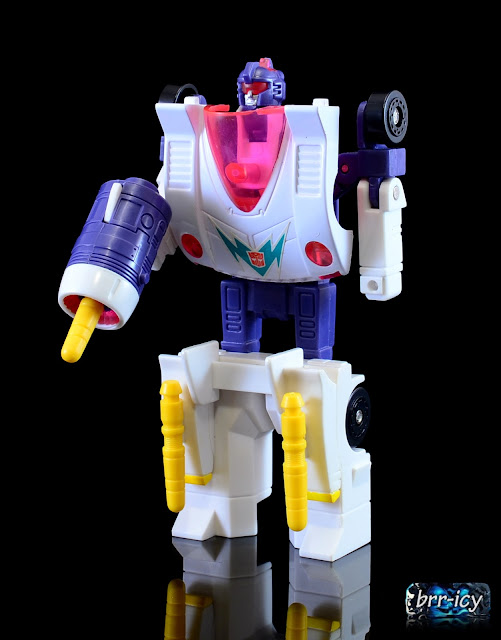 Lastly we have Flash, the Ferrarri look alike. It's kind of funny how you can see his and Hurricane's faces through the front window. 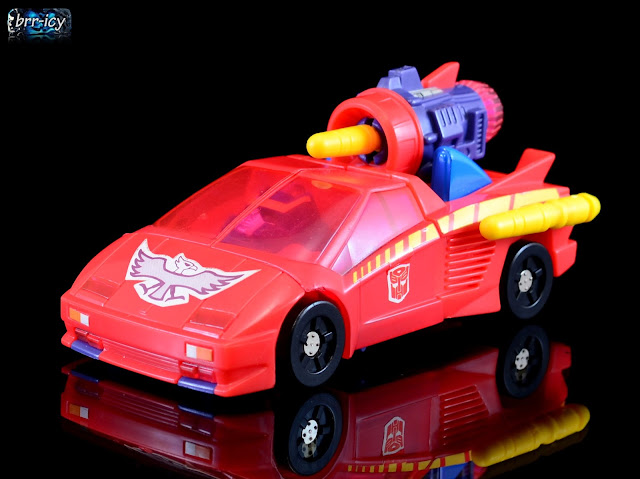 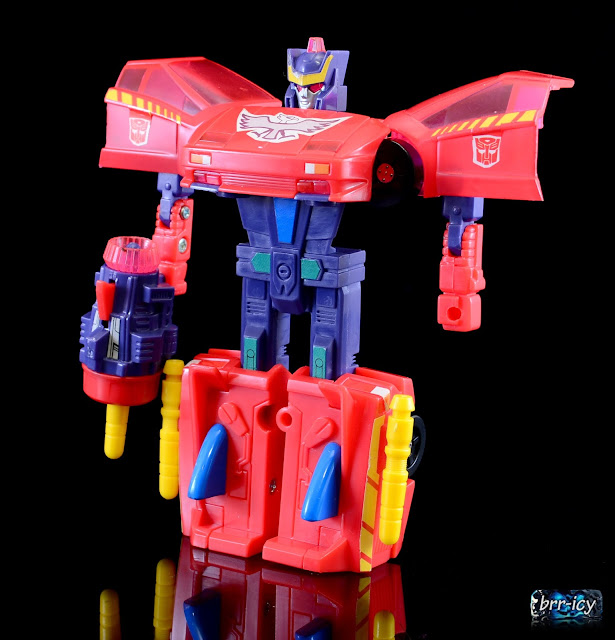 As a whole, this a a pretty neat little subgroup, and when you add in Thunderclash and Rotorstorm, you're golden. Nice late G1 molds that deserve a little love.

Speaking of Drift, I made this last year from Boss, G1 Drift. 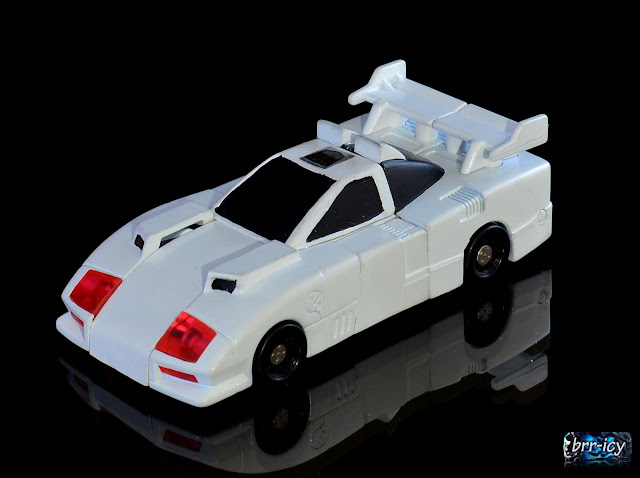 With the head from Botcon 2006 Cheetor/Tigatron. 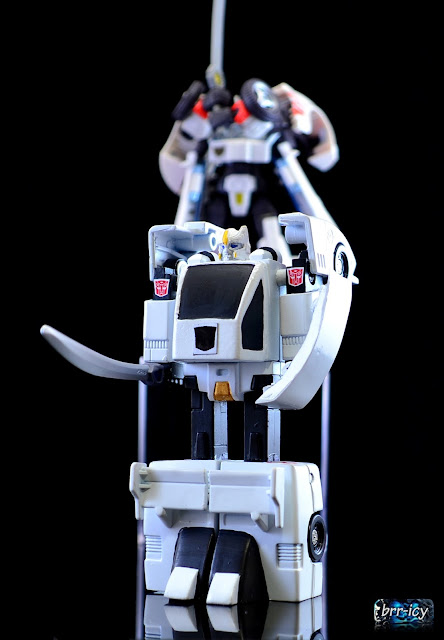