I have been waiting a long time to do this review, I have a soft spot for the Euro G1 stuff with their matching line wide windows and interesting designs. 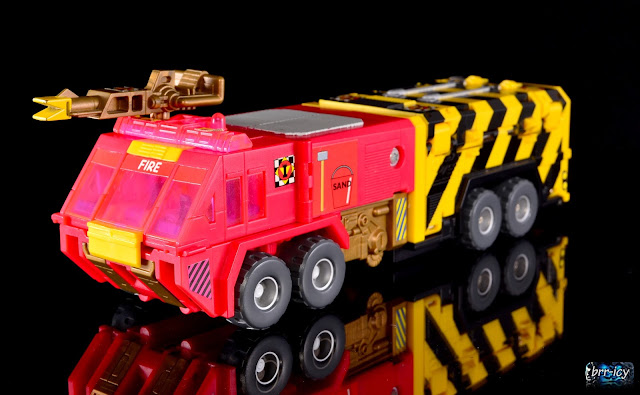 Pyro (or Spark in G2) is the Autobot member of this duo. He turns into a firetruck not unlike DOTM Sentinel Prime. I picked him up sans gun in the Facebook group for a decent price from a member, (Specimen-17 on ebay) took a couple months to find the gun. In truck mode you can pull the launcher out of the trailer for an attack mode. I dare not fire it with all the gold plastic. He's a well known carrier of the GPS disease. 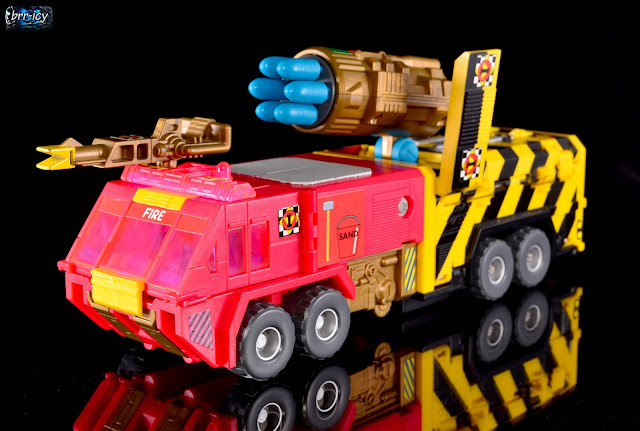 The front half of the truck forms the robot mode. He does have decent for a G1 articulation with shoulders, elbows, and knees. 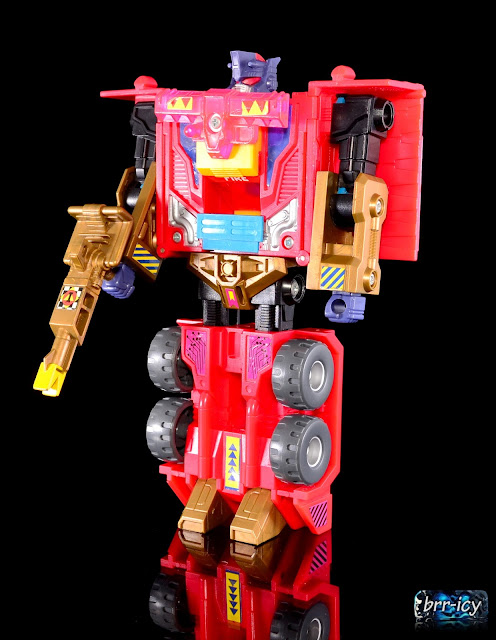 The rear of the truck forms a gatling gun type base, which has a nice pink viewfinder. He holds it by two handles, quite securely, when I'm moving him about in the display I rarely take him off the handles 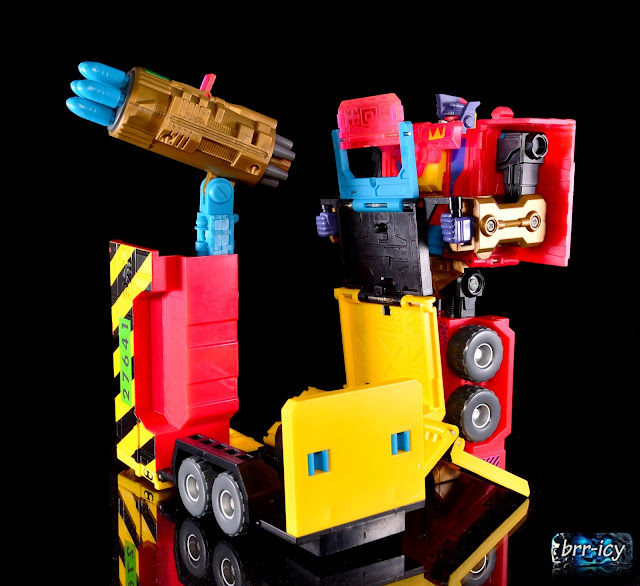 Clench (or Colossus in G2) , I had known I was getting this particular figure for the past three or four years, and it was worth the wait. There might have been a whole crapload of figures with him too... He turns into a container truck. The blue is a really neat colour, I don't think I've ever seen it on another figure. 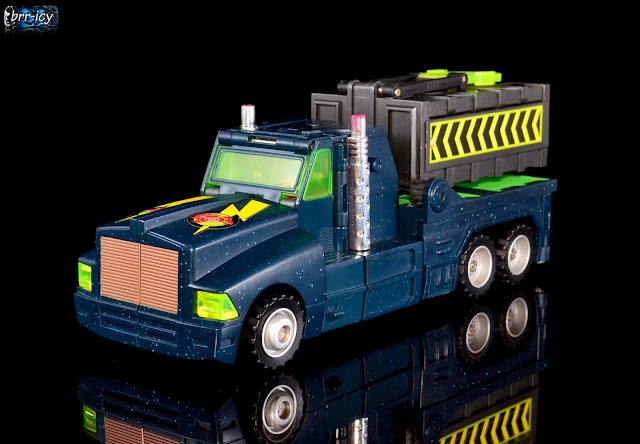 Like Pyro, the front half separates to become the robot mode. His transformation is pretty neat, I don't think I've ever seen another figure follow the same pattern. I love the secondary neon colours, makes him really pop. 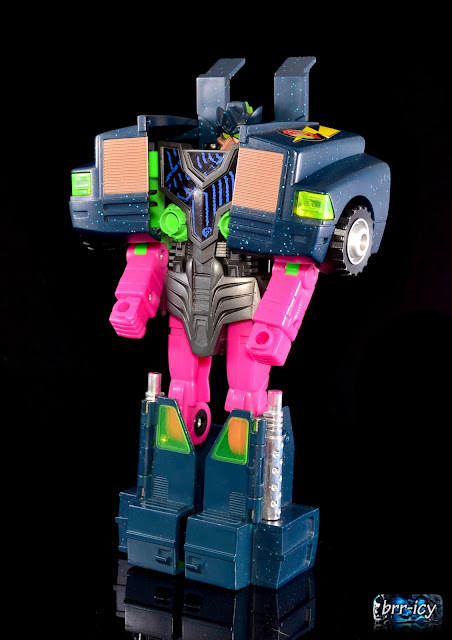 His trailer forms a rapid firing gravity fed double missile launcher turret, that's a lot of words, lol. the top of the gun flips open so you can put the missiles in, pretty neat, I really like the looks of this weapon. 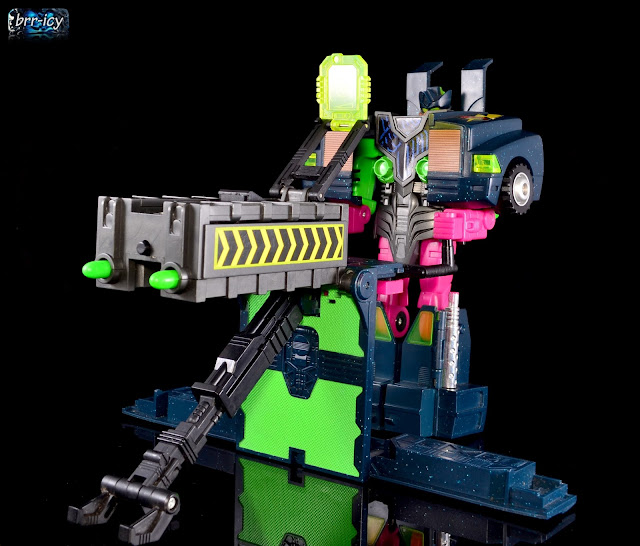 If you want to see some of the neatest G1s that Europe had to offer, these two definitely fit the bill, not the cheapest of bots, but I don't have any regrets on getting them, 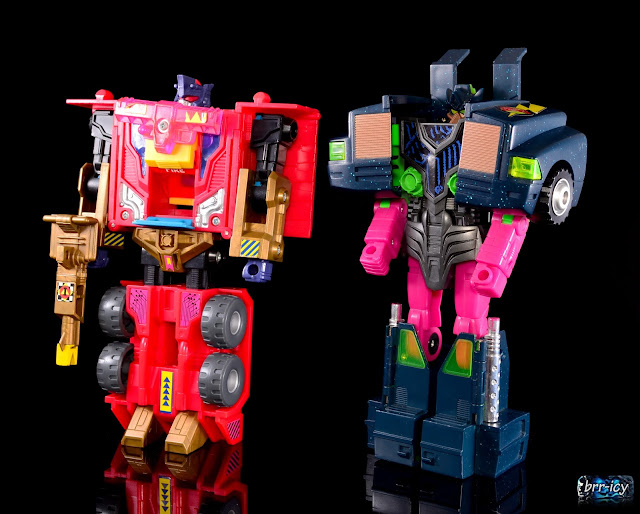